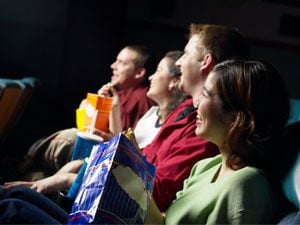 © Hemera Technologies/AbleStock.com/Thinkstock
In 2011, residents of more than 50% of the cities, towns and villages in the U.S. cast their votes in the inaugural Reader’s Digest We Hear You America campaign. The top 20 vote-getting towns received grants that allowed them to kick off (or complete) projects to make their communities even better places to live. This is one of those towns.

In the 1970s, Albion was known as an All-American City, bustling with industrial activity. But the last remaining factory closed in 2002, and since then the population has declined. Enter the We Hear You America campaign, whose $10,000 grant allowed the town to help finance a couple key initiatives.

The biggest chunk of the money was earmarked for the preservation of downtown’s historic Bohm Theater, which showed movies until it was shuttered in 2008. Led in part by a $10,000 donation from a local philanthropic women’s group, the groundwork was already in place for funding the project, and “Reader’s Digest helped [the town] meet matches for grants,” said Mike Herman, the town’s City Manager. The grants will help renovate the building’s exterior and fix the marquee lights.

The rest of the We Hear You America funds went to help local groups host youth summer activities. The City Council put out a call for project proposals, and ultimately split the money among five different agencies, all of which, says Herman, “wouldn’t have been able to run otherwise.” And beyond the money, the campaign gave a lift to town morale: “It was great to have something positive to talk about.”