20 Amazing Facts That Often Get Overlooked About the Titanic

We bring you surprising bits of trivia and Titanic facts you've never heard. 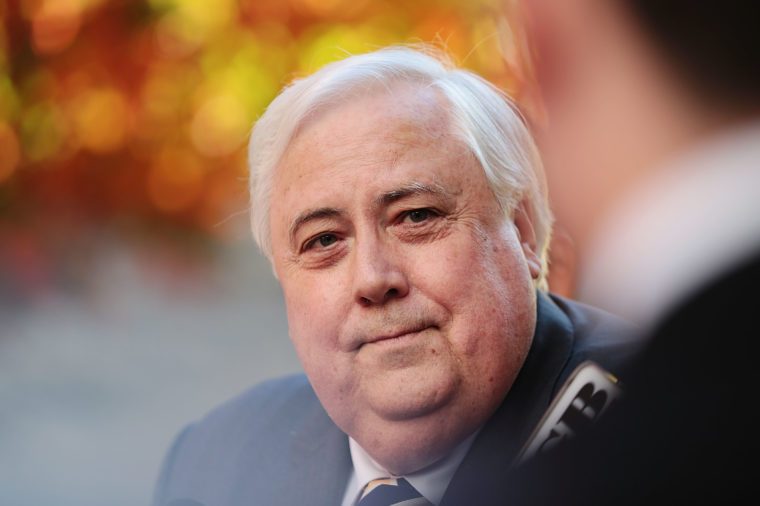 Perhaps a better way to show your reverence for the Titanic is by taking a voyage not to its wreck, but on a replica of the ship itself—with some modern updates, of course. Titanic II is not a sequel to the Academy Award-winning movie (although we always wanted to know more about survivor Rose's interesting life)—as reported by Scientific American, Titanic II is a new ship being built by Australian billionaire Clive Palmer that, after several delays, is now scheduled to set sail in 2022. Although it will have the latest technology and safety—including enough lifeboats for everyone—the ship will recreate the 1912 version in period detail, and even provide costumes for guests to wear. 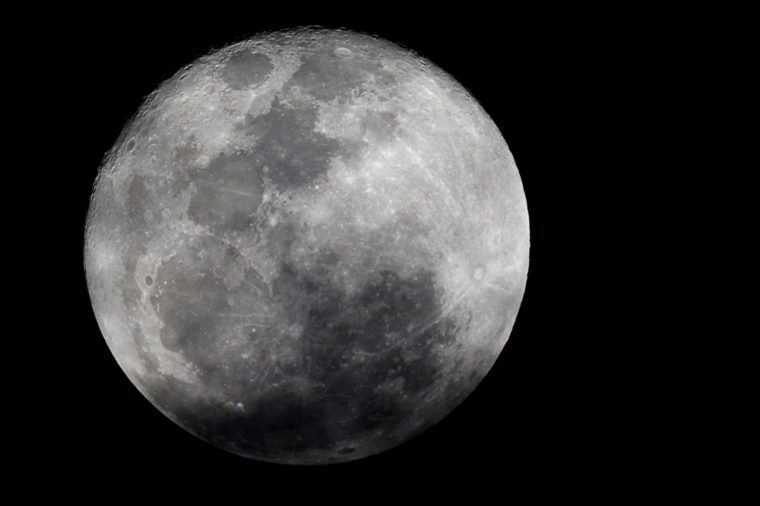 Scientists arrived at a theory that the full moon months before could be to blame for the collision, which killed about 1,500 people. Quoting astronomer Donald Olson of Texas State University-San Marcos, National Geographic's Richard A. Lovett wrote, "That full moon, on January 4, 1912, may have created unusually strong tides that sent a flotilla of icebergs southward—just in time for Titanic's maiden voyage." This wasn't a normal full moon, though: "It was the closest lunar approach, in fact, since A.D. 796, and Earth won't see its like again until 2257," wrote Lovett. Iceberg theories aside, here are the 8 ghost ship mysteries that can't be explained. 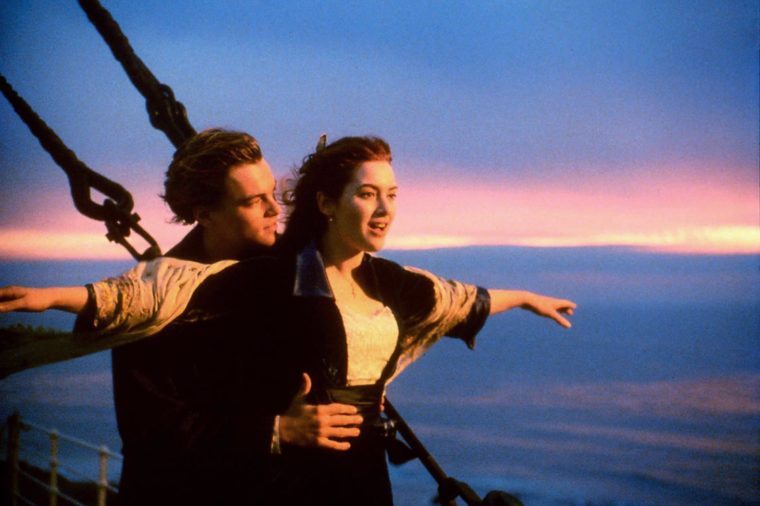 According to Money magazine, the Titanic cost about $7.5 million to build in 1912, which using the U.S. Bureau of Labor Statistics inflation calculator, would be about $197 million today. James Cameron's Academy Award-winning 1997 film Titanic earned nearly $2.2 billion worldwide—enough to construct about 11.2 complete replicas of the ship. 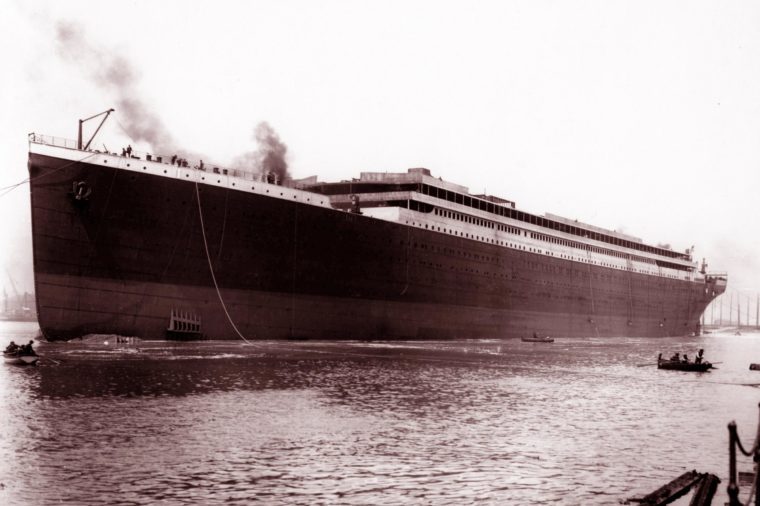 British historian Tim Maltin believes that the atmosphere on the night of the sinking created conditions that made it difficult for the crew to spot icebergs—and for other ships to spot the Titanic. Smithsonian magazine reported back in 2012, "Atmospheric conditions in the area that night were ripe for super refraction, Maltin found. This extraordinary bending of light causes miraging, which, he discovered, was recorded by several ships in the area. He says it also prevented the Titanic’s lookouts from seeing the iceberg in time and the freighter Californian from identifying the ocean liner and communicating with it." Atmospheric conditions are just one of the many times crazy weather changed history. 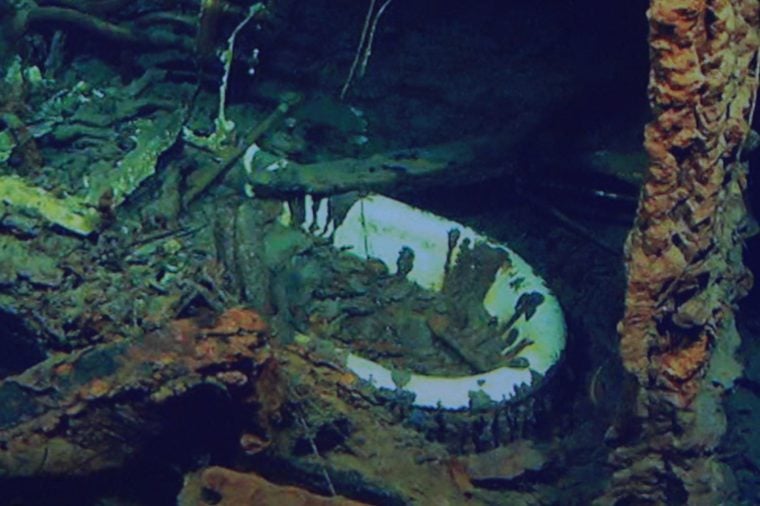 Researchers completed a map of the wreck site for the first time in 2012, using over 100,000 photos taken by underwater robots

The Associated Press reported in early March that a team of researchers completed "what's believed to be the first comprehensive map of the entire 3-by-5-mile Titanic debris field," a milestone that could lead to more insights as to what happened when the ship sank on April 15, 1912. "An expedition team used sonar imaging and more than 100,000 photos taken from underwater robots to create the map, which shows where hundreds of objects and pieces of the presumed-unsinkable vessel landed," wrote AP reporter Clarke Canfield. Though the site wasn't fully mapped until now, the Titanic's wreckage was first discovered in September 1985 by underwater explorer Robert Ballard. If you think this map is cool, take a look at the most gorgeous shipwrecks from around the world. 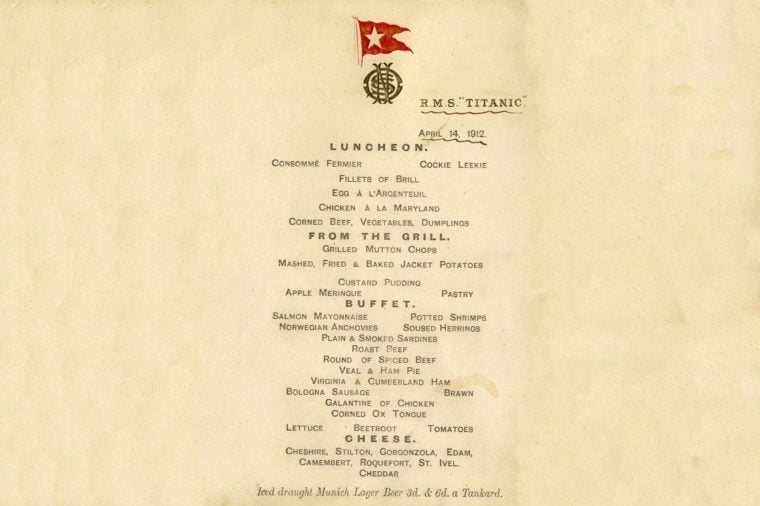 The sold auction price for the Titanic's final lunch menu: $88,000

Time reported the final sale price for the printed menu actually exceeded the auction house's expectations of $18,000. Abraham Lincoln Salomon, a New York businessman who was among the small number of first-class men who climbed onto a lifeboat, rescued the menu from the ship, according to CNN. The rich occupants of that lifeboat, dubbed the "Money Boat," allegedly bribed the crew to sail away even though it could have held more people. Another first-class passenger, Isaac Gerald Frauenthal, signed his name on the back of the menu: He may well have eaten the meal, which included grilled mutton chops and smoked sardines. These are some of the amazing foods people ate aboard the Titanic. 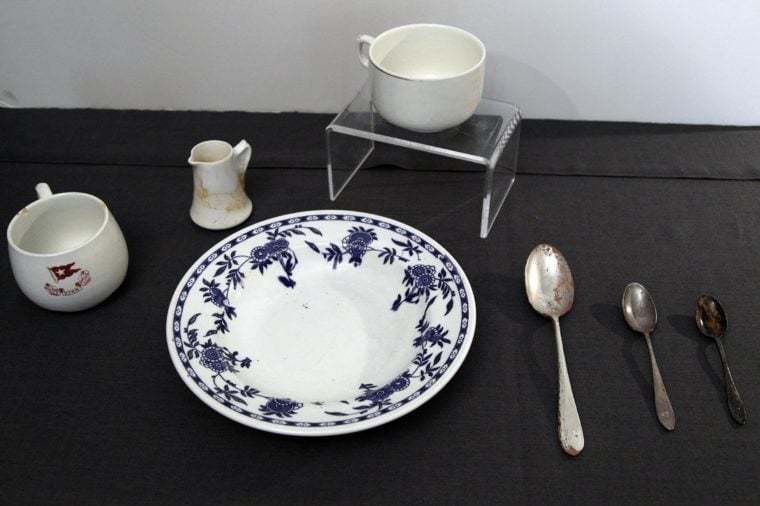 More than 5,000 other artifacts were also up for grabs

A huge collection of salvaged Titanic artifacts, which includes clothing, parts of the ship, and diamond jewelry, owned by Premier Exhibitions, was headed for the auction block in 2018, reported CNN. The collection of items was valued at $200 million, CBS News reported. But although a museum group tried for the collection, the BBC reports the artifacts actually went to a hedge-fund consortium. Items from private collections, such as those that have been passed down through survivor's families, have also gone up for sale. CBS News also reported a cracker from the ship sold for $23,000 in 2017, and a violin owned by the Titanic's orchestra leader fetched more than $1.4 million in a 2013 auction, one of 13 quirkiest items ever sold at auction. 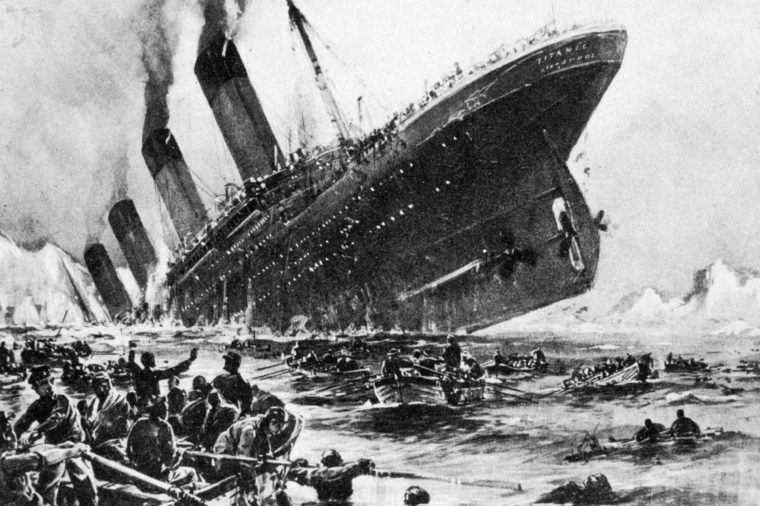 Did an 1898 novella anticipate the Titanic disaster?

The plot of Morgan Robertson's Futility bears an uncanny resemblance to the events surrounding the sinking of the Titanic, published 14 years before the voyage. The book tells the story of the Titan: "The largest ship ever built, billed as 'unsinkable' by its British owners and the press, strikes an iceberg one April and goes down. Due to a lack of lifeboats, more than half the passengers perish in the North Atlantic," wrote the Portland Press Herald of the book's plot. Sound familiar? Futility has since been renamed The Wreck of the Titan, and it's available for free on Google Books. If this book has you freaked out, you'll really be spooked by these other historical predictions that were eerily accurate. 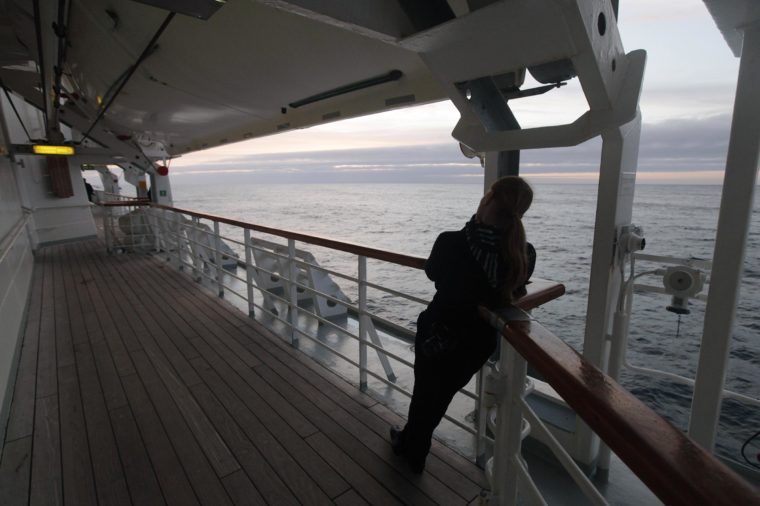 There was a cruise that echoed the Titanic experience

Leaving exactly 100 years after the Titanic began its ill-fated voyage, a 2012 memorial cruise made its way to Halifax, Nova Scotia, where many Titanic victims were laid to rest, and later arrived at the spot in the Atlantic about 370 miles from Canada where the ship sank. According to an NPR reporter who was on board, the ship's horn sounded at the exact moment when the iceberg struck 100 years ago, at 11:40 p.m. on April 14; then sounded again when the ship sank below the surface at 2:20 am on April 15. A similar cruise, this one taking the ship's original route from England, seemed to have some of the Titanic's bad luck: It had to briefly turn back because a passenger had a suspected heart attack, reported the Daily Mail. 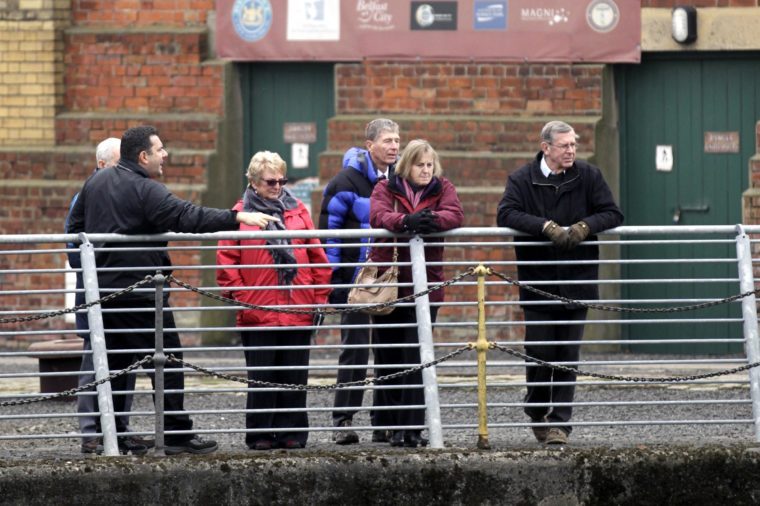 "Tragedy plus time equals tourism." That's what one Titanic expert and guide says, reports the Philadelphia Inquirer, and it's true! In 2017-2018 the Titanic Belfast exhibit recorded its busiest year to date since the tourist attraction opened its doors in 2012 in Belfast, Northern Ireland, where the Titanic was built and later began her ill-fated journey. More than 841,000 visitors walked through its doors during that period—a 13 percent increase from the year prior! And here's why we are still fascinated by the Titanic over a century later. Next, read about 10 of the most gorgeous shipwrecks around the world.