21 Things You Didn’t Know About the Academy Awards

Best your pals at your annual movie-awards party with our slate of Oscar trivia. 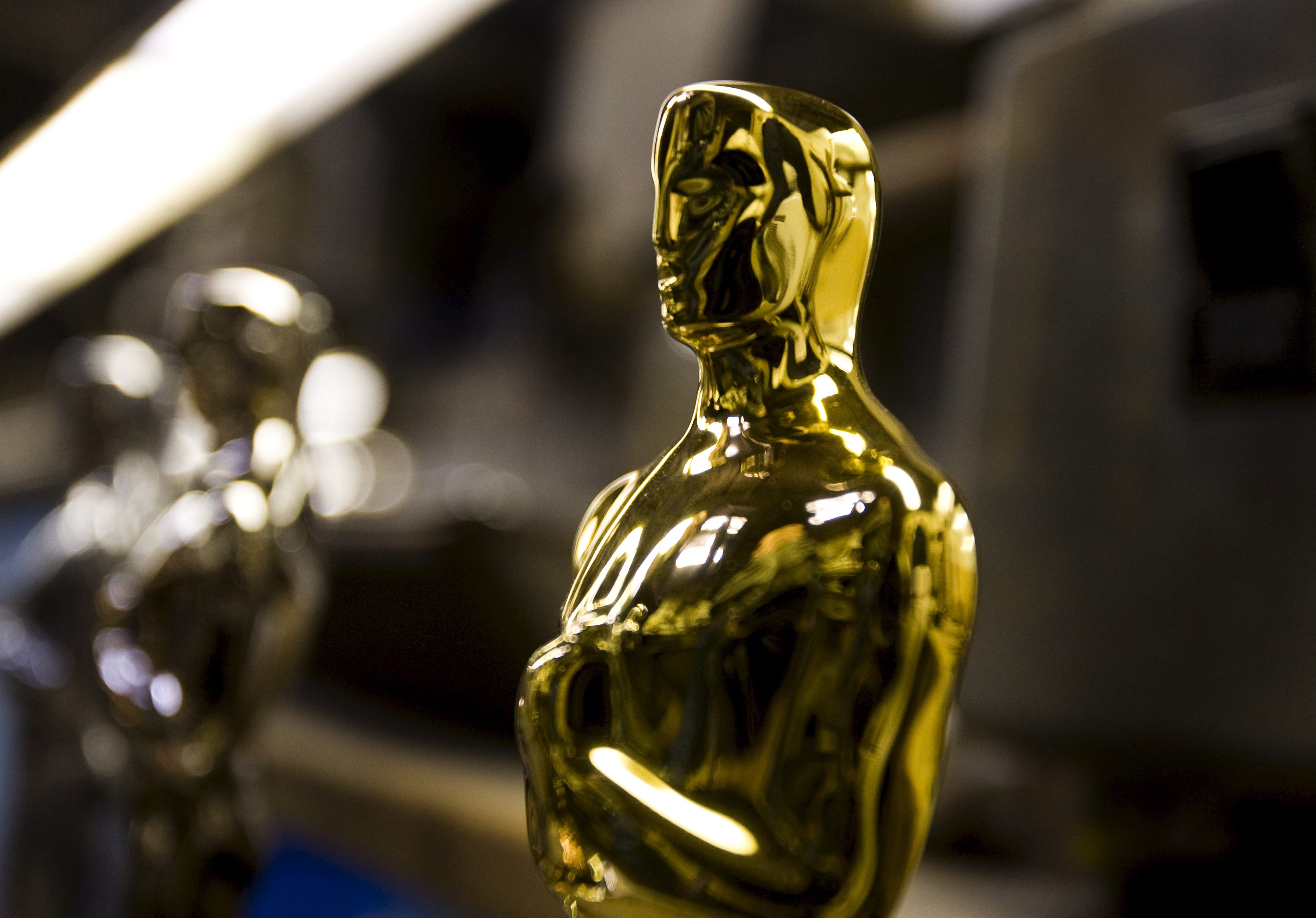 Hollywood's biggest night of the year

For movie lovers, the Academy Awards gives us an opportunity to revel in the entertainment industry's best work of the year; for fashion lovers, to see stars in their most elaborate gowns and get-ups; for celebrity watchers, to get a rare look at the "who's who" of Tinseltown, hear their heartfelt speeches, and see what unexpected or wacky moments could happen. After all, it's live TV! But the history of the Oscars, now in its 92nd year, also presents a chance to relive Hollywood's Golden Age by looking back on the actors, directors, and films that have become classics. Think you know everything about the movies? Behind the scenes, there are still plenty of surprisingly weird things no one tells you about the Oscars. 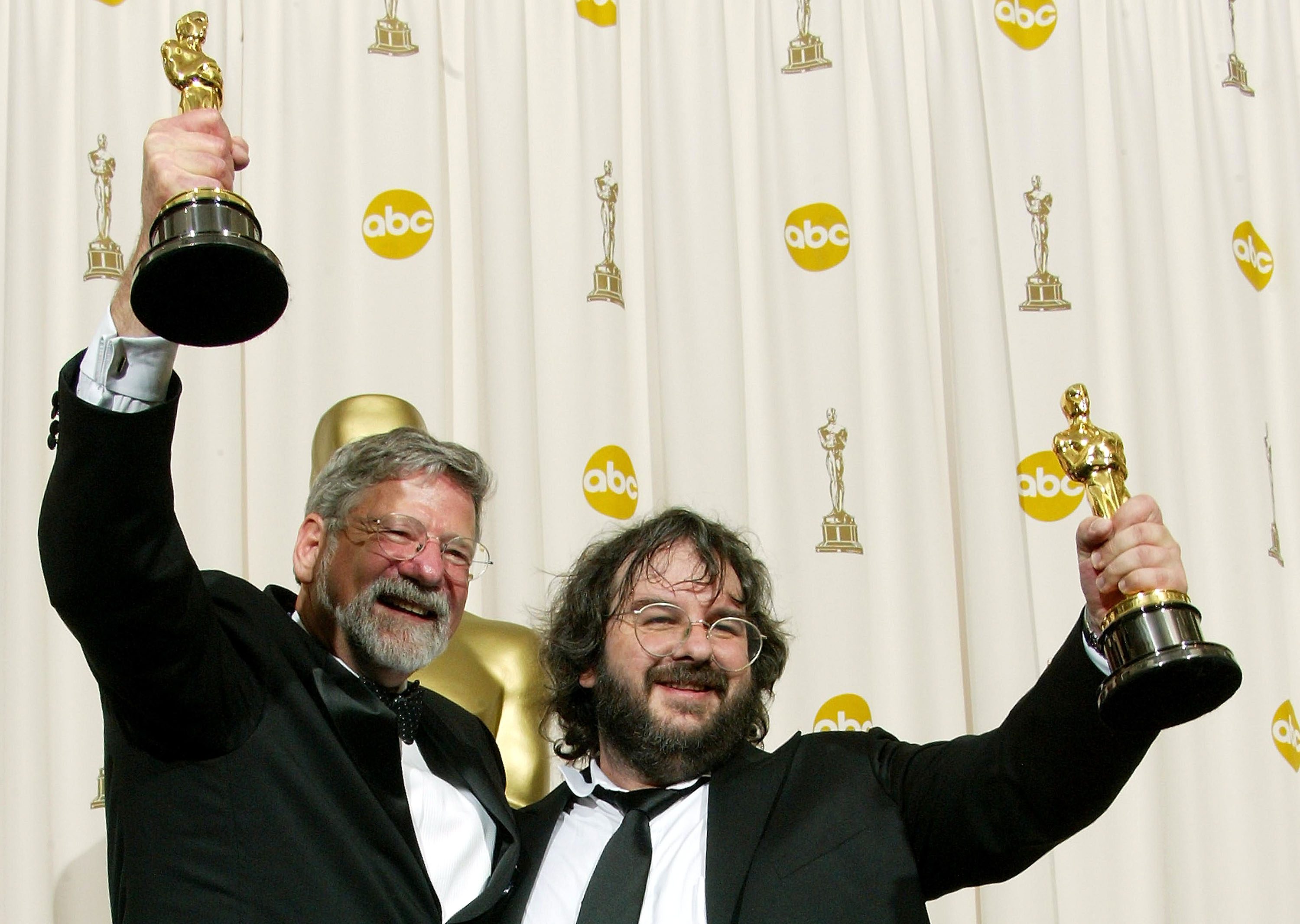 Three movies have won the most awards ever

Three films have tied for winning 11 awards, the most ever: The Lord of the Rings: The Return of the King (2003), Titanic (1997), and Ben Hur (1959). The Lord of the Rings: The Return of the King also has the distinction of winning every category it was nominated for, in the biggest sweep in Oscar history; it's also only one of two sequels to win Best Picture, with The Godfather Part II (1974). Titanic, All About Eve (1950), and La La Land (2016) scored the most nominations ever with 14 nods; La La Land also had the most nominations ever without winning for Best Picture. But The Turning Point (1977) and The Color Purple (1985) had the most nominations without a single win, both shut out with 11 nods. Shockingly, these 10 classic movies didn't win Best Picture. 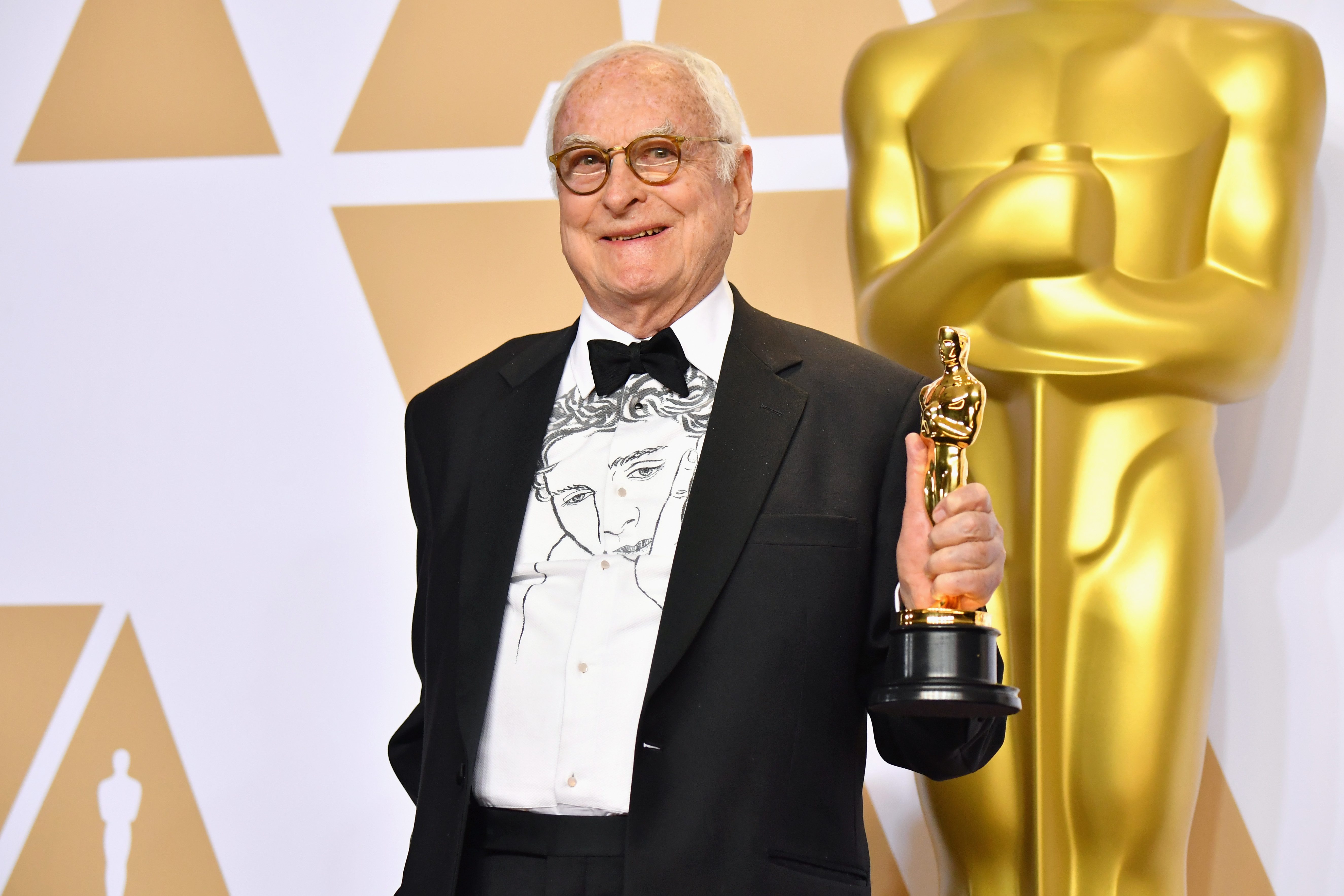 There is a huge age difference between the nominees

The youngest ever Oscar winner for a competitive acting award was Tatum O'Neal, 10, for Paper Moon (1973); the oldest was Christopher Plummer, 82, for his role in Beginners (2011). Plummer also holds the record for oldest acting nominee at 88 years old for All the Money in the World (2018). But the oldest ever Oscar winner in any category was screenwriter James Ivory, at 89 years old for Call Me By Your Name (2017). At the 2013 Oscars, two actresses made history as the youngest and oldest nominees ever in the Actress in a Leading Role category: Quvenzhané Wallis, 9, for Beasts of the Southern Wild, and Emmanuelle Riva, 85, for Amour. 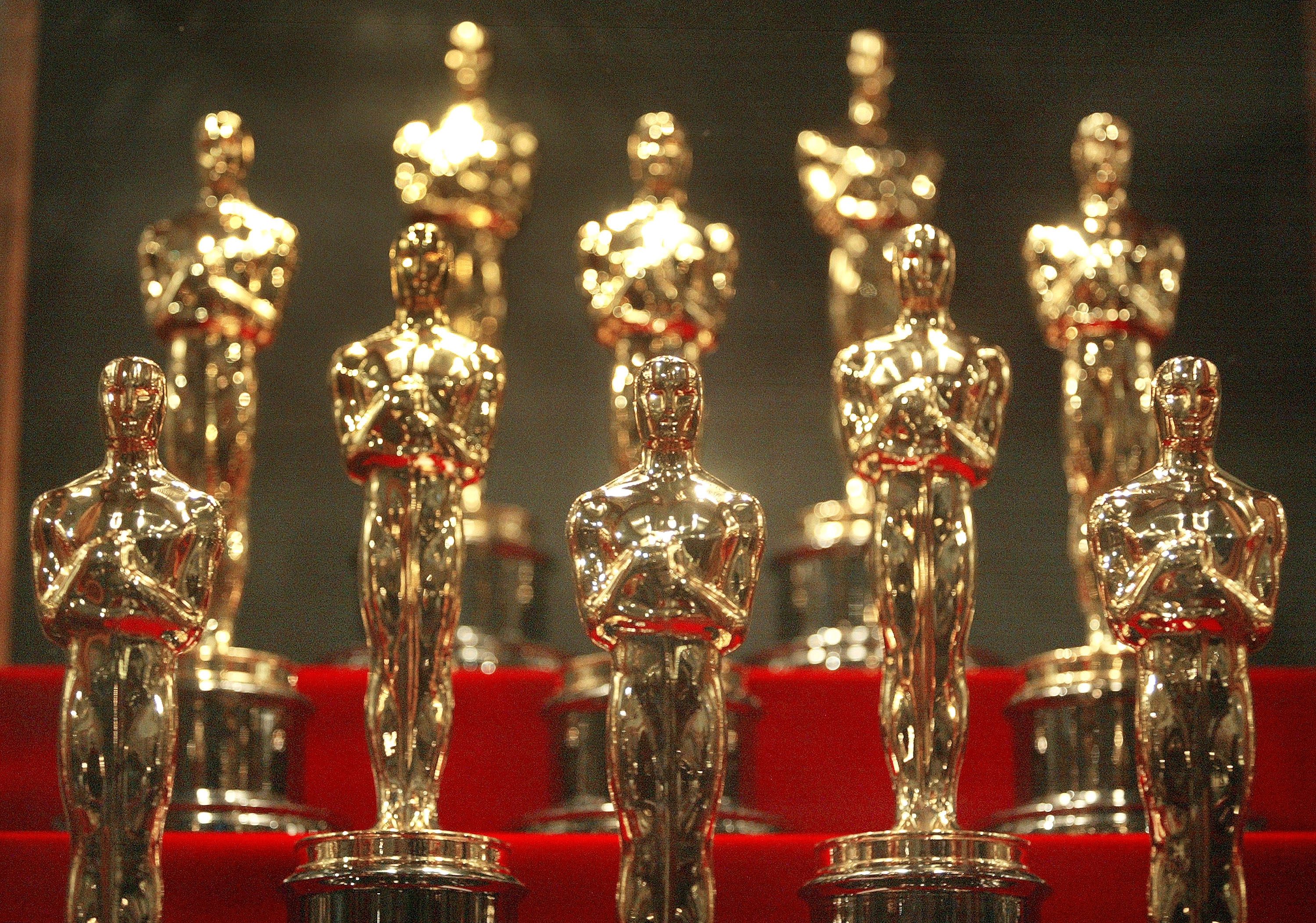 The statuettes are worth millions

Singer Michael Jackson paid $1.54 million in 1999 to own producer David Selznick's Best Picture Oscar for the 1939 classic Gone With the Wind. But strangely, that Oscar itself is now gone with the wind: After Jackson died in 2009, the executors of his estate couldn't find the statuette. Did another Jackson family member snatch it? Is it just hidden away somewhere? Was it outright stolen? No one knows. "The estate does not know where the Gone With the Wind statuette is," Jackson attorney Howard Weitzman told the Hollywood Reporter in 2016. "We would like to have that Oscar because it belongs to Michael's children. I'm hopeful it will turn up at some point." You'll never forget Gone With the Wind, but you may have forgotten these surprising films actually won an Oscar. 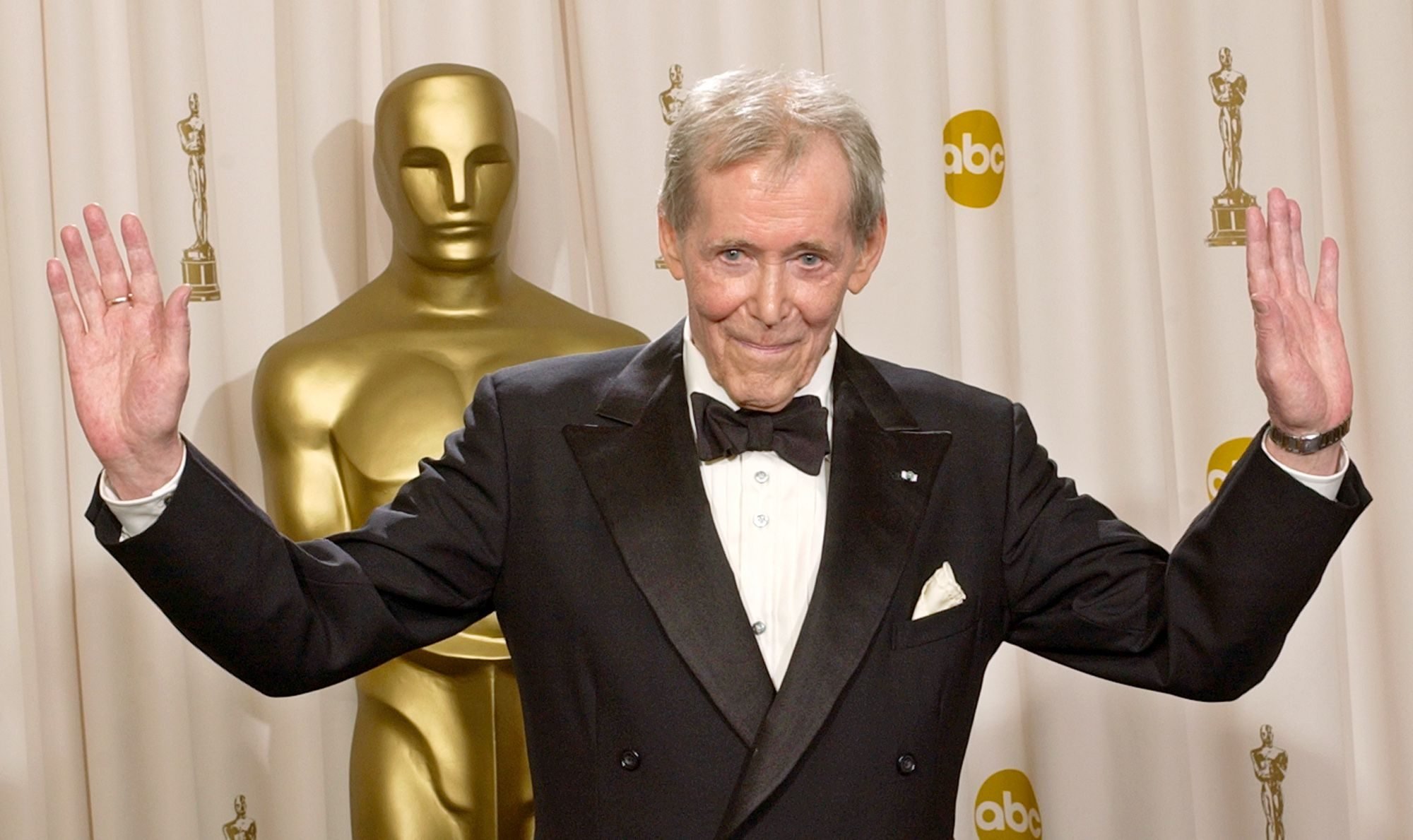 Nine times is the charm?

Peter O'Toole holds the record for most Best Actor nominations without ever winning. The Lawrence of Arabia actor, who died in 2013, had been nominated eight times; but, he did score an honorary Oscar in 2003 at the age of 70. Initially declining because he wanted to win an award outright, he finally decided to accept the honor. In his speech, he said, "Always a bridesmaid, never a bride my foot! I have my very own Oscar now to be with me 'til death do us part." O'Toole was nominated once after that, in 2007 for Venus, but lost yet again. Runner-ups for most acting never-wins, both with seven nods, are Richard Burton and the greatest living acting loser, Glenn Close. 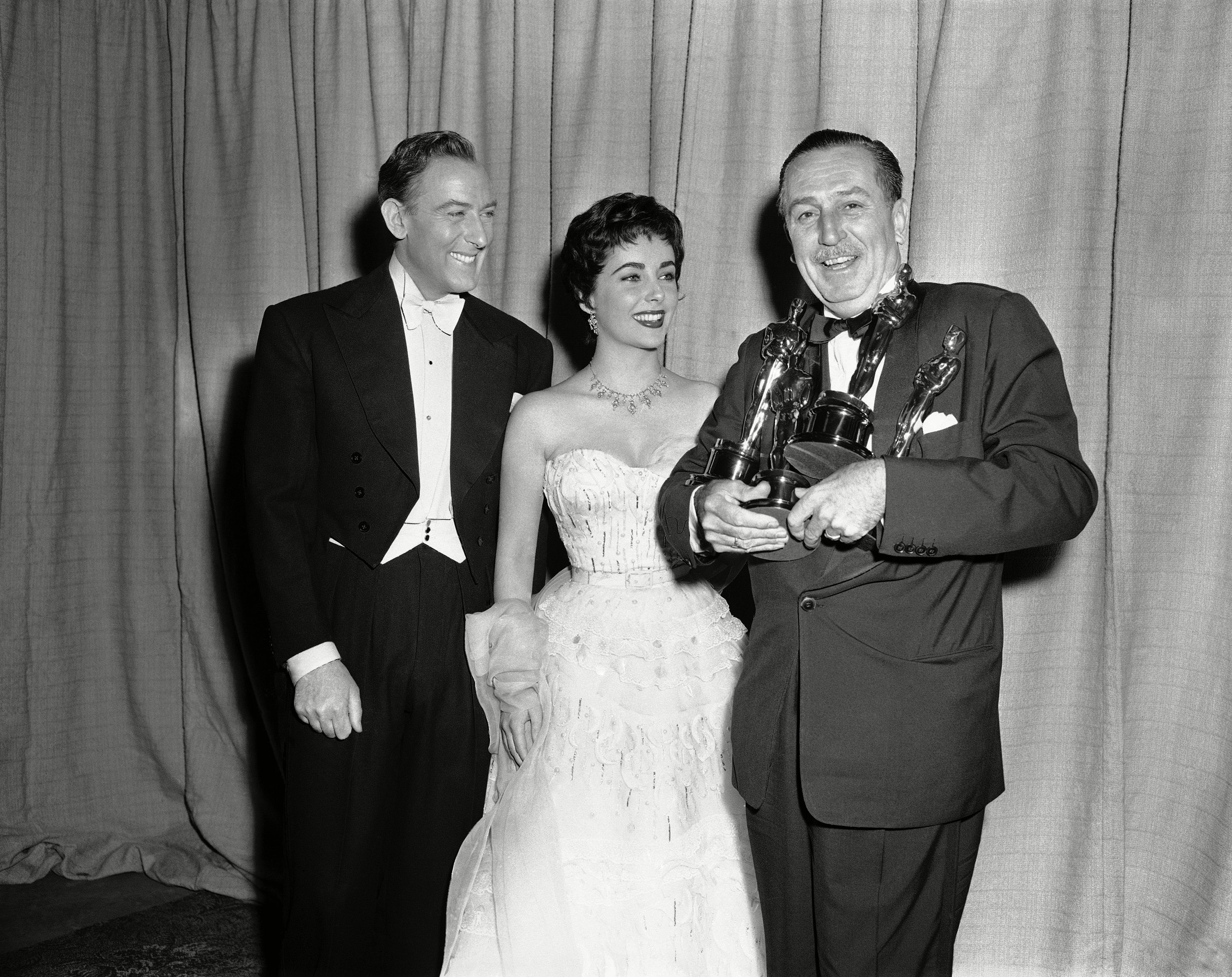 Walt Disney holds the records for both the most Academy Award nominations (59) and Oscars won (26, including four honorary awards). He also holds the record for most awards won in a single year, four in 1954, for Best Cartoon Short Subject (Toot, Whistle, Plunk and Boom), Best Documentary Short Subject (The Alaskan Eskimo), Best Documentary Feature (The Living Desert), and Best Two-Reel Short Subject (Bear Country). According to the Walt Disney Family Museum in San Francisco, the museum holds the largest collection of Oscars outside Hollywood, with 20 of Disney's statuettes on display. Find out the 3 things that are never allowed in Disney movies. 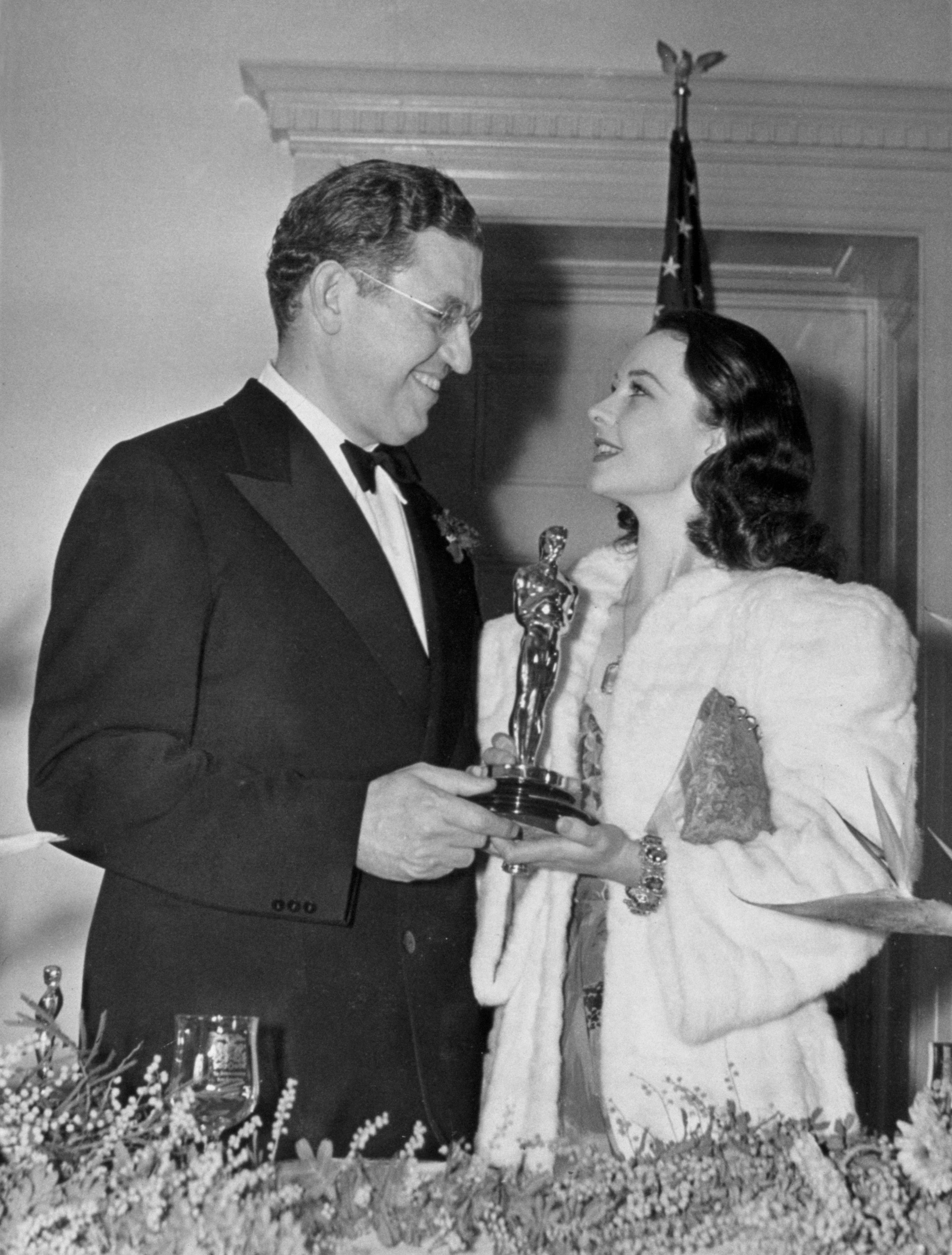 Two-hour movies have nothing on this Oscar-winning film

You may think the 210-minute run time of this year's Oscar hopeful The Irishman is long. But at 234 minutes, Gone With The Wind is the longest film ever to win Best Picture—although that's with Overture, Intermission, Entr'acte, and Walkout Music. The film itself, without music, is 221 minutes; Lawrence of Arabia (1962) actually beats that with 222 minutes (its additional elements put it at 232 minutes, which is why it's sometimes seen as coming in second place). On the other hand, the shortest Best Picture winner was Marty (1955), clocking in at 91 minutes. Its length may be one of the reasons GWTW is one of the 10 classic movies people lie about watching. 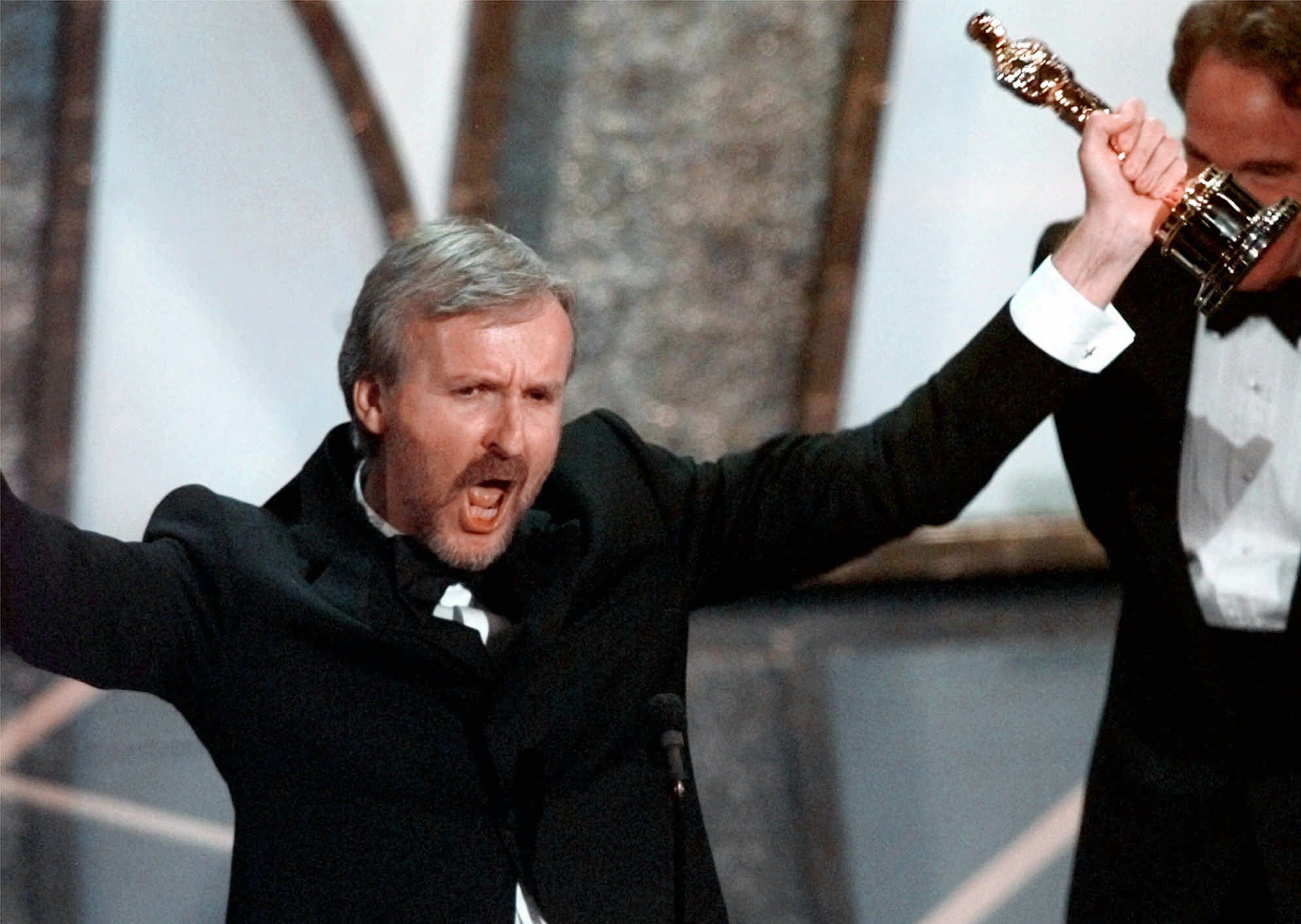 The Academy Awards show has broken a TV record

The largest U.S. TV audience was in 1998 when 52.2 million people watched Titanic win Best Picture. The award for least-watched Oscars in history was 2018, with 26.5 million viewers, 19 percent less than the year before. The 2019 ceremony, though, offered a bit of an upswing, rising to 29.6 million viewers. These are the best tearjerker movies for when you need a good cry. 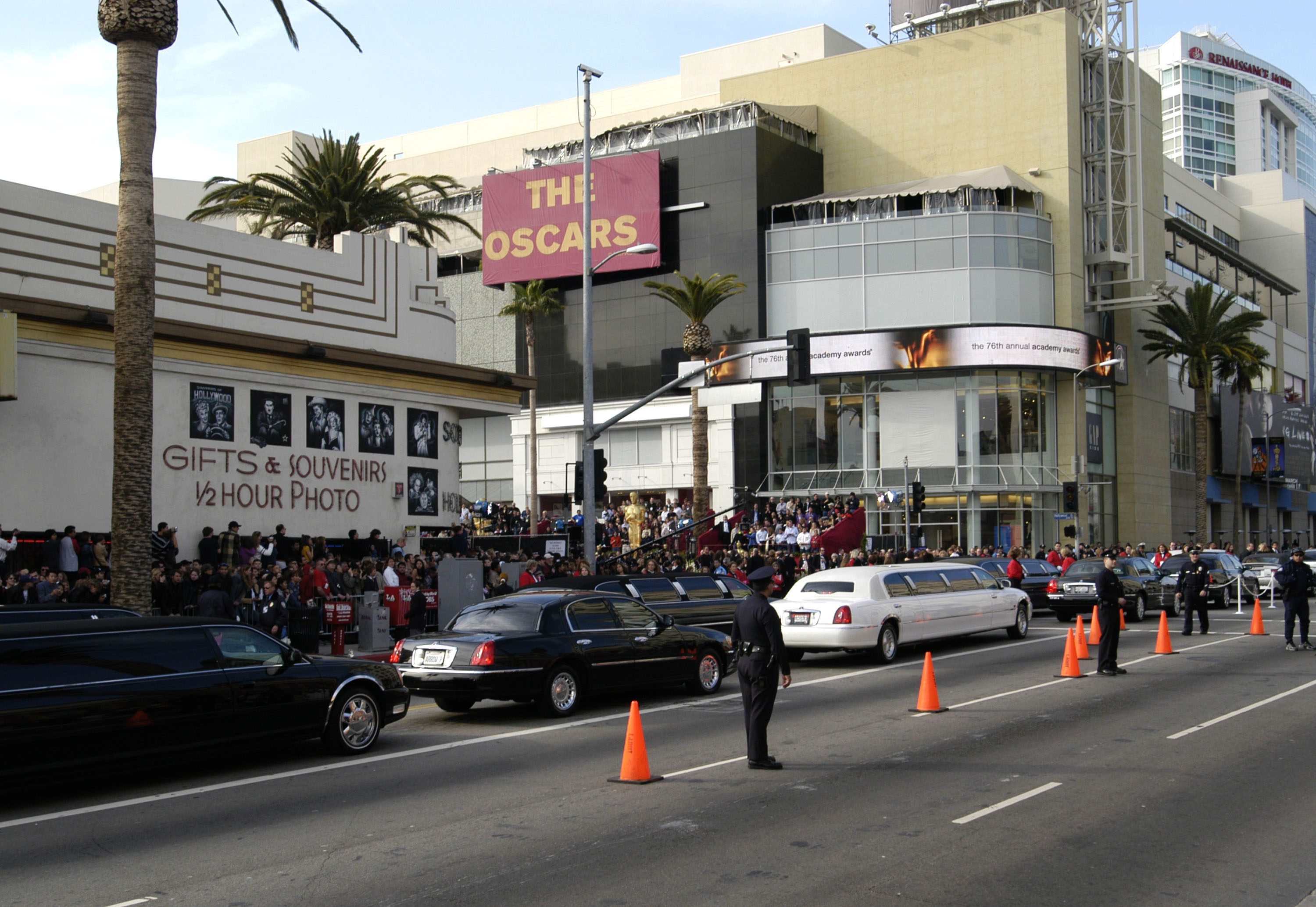 According to some reports, as many as 1,200 limos and luxury cars make their way to the Dolby Theatre for the Oscars. And it's not just the ceremony itself that's "driving" up business (although Uber and other ride-share apps may be cutting in): Other celebs are going to parties, stars have to be picked up at airports and dropped at hotels before heading out, and hair, makeup, stylists and even security personnel have to be transported as well. After dropping off their clients at the Oscars, the vehicles head to the Hollywood Bowl to wait out the ceremony—where else could they park in crowded L.A.? Here's what else Hollywood insiders won't tell you about the Academy Awards. 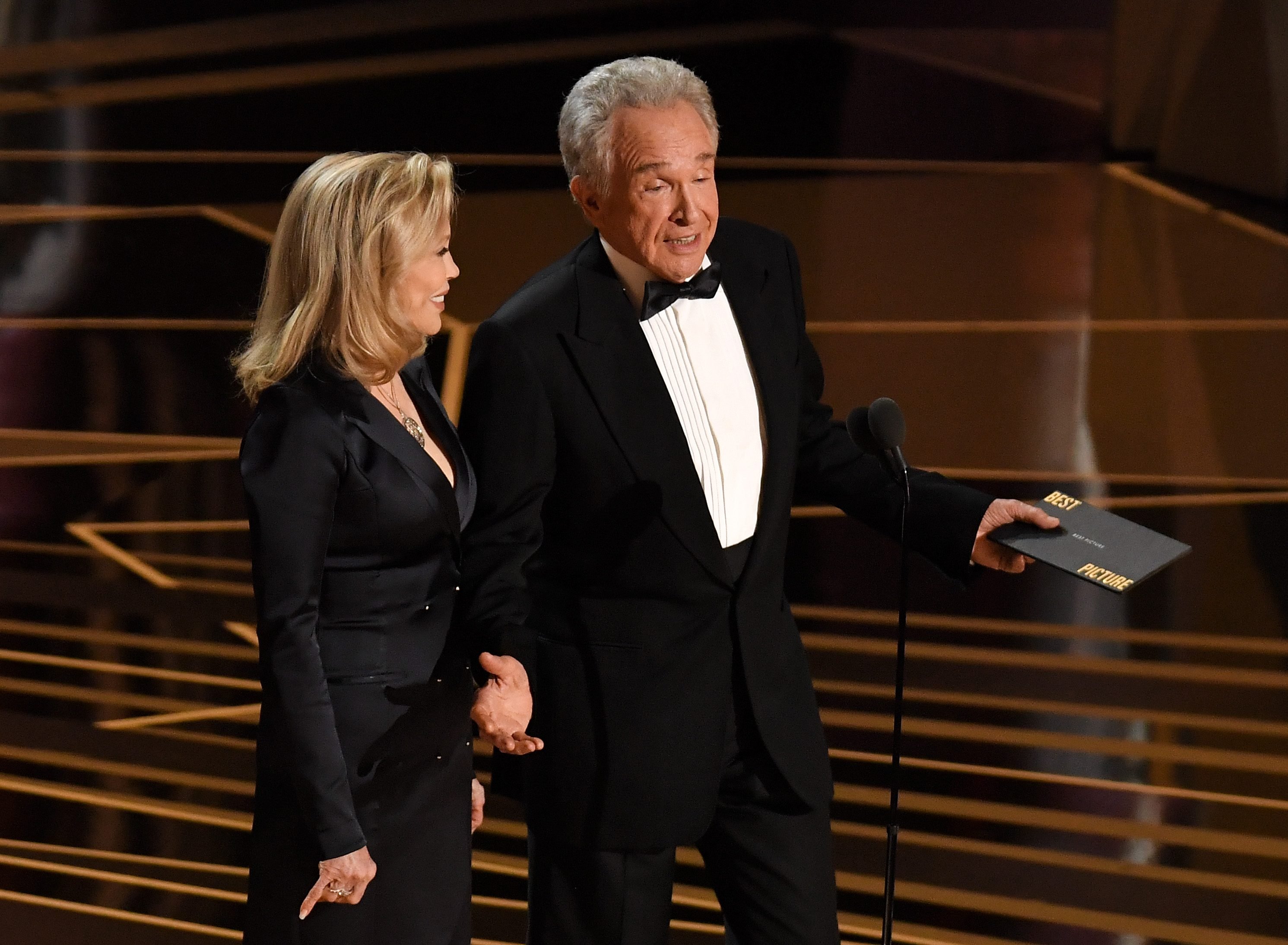 "Envelopegate" was the worst mistake ever at the Oscars

Recent Oscar viewers will remember what was perhaps the greatest Oscar flub in history. Here's what really happened: In 2017, Best Picture presenters Warren Beatty and Faye Dunaway were mistakenly given a duplicate envelope for Best Actress winner Emma Stone—as Beatty, confused, showed Dunaway the card, she blurted out the name of the film Stone had won for, La La Land. After the producers for that film started their speech, they had to be ushered off, because the correct winner was actually Moonlight. "I thought, 'Well, maybe this is a misprint,' and then, 'I shouldn't foul up the show just because someone made a little error,'" Beatty said on The Graham Norton Show. Turns out, one of the accountants from Pricewaterhouse Coopers, the accounting firm in charge of the envelopes, handed Beatty the wrong one after reportedly being distracted while tweeting backstage. These are more of the funniest Oscar moments of all time.