8 Musicians and Bands Who Are Secretly Literature Nerds

Bob Dylan may be the ultimate troubadour, smoothly combining high-minded literary references from Nietzsche to the Beat poets with his signature simple folk guitar and harmonica. The former Bob Zimmerman, who adopted Dylan as his last name after reading poet Dylan Thomas, included one of his most literature-heavy tunes, “Desolation Row,” on his sixth studio album Highway 61 Revisited. Packed into the 11-minute song are references to Steinbeck, Kerouac, Eliot, Pound, Ginsberg, and more.

The Irish rockers gave William Blake a shout-out on the iTunes reissue of The Joshua Tree with the song “Beautiful Ghost,” during which frontman Bono recites the poet’s “Introduction to Songs of Experience,” over a background instrumental. The song “40,” from the band’s 1983 album War paraphrases Psalm 40 from the Bible.

The brooding tunes of this popular British band headed by Thom Yorke are loaded with foreboding literary references. The Radiohead song “Faust Arp,” references the protagonist of a classic German legend who sells his soul to the Devil for knowledge.The song “2+2=5 [The Lukewarm],” refers to the slogan used in 1984 by George Orwell; the subtitle was taken from Dante’s Inferno.

Marcus Mumford and his bandmates sing of infidelity in the song “Sigh No More,” by paraphrasing Shakespeare’s “Much Ado About Nothing.” In the play, women sing of men’s dishonesty: “Sigh no more, ladies, sigh no more/Men were deceivers ever/One foot on sea, and one on shore.” Mumford sings, “Sigh no more, no more/One foot in sea, one on shore/My heart was never pure.” 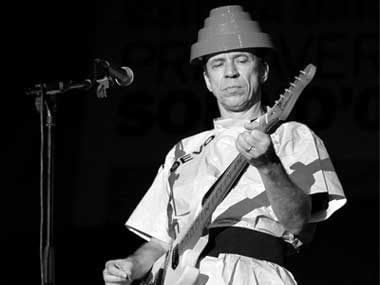 New wave band Devo’s song “Whip It,” is an 80s classic inspired by American author Thomas Pynchon. As the band’s co-founder Jerry Casale explained to Flavorwire: “Pynchon did a bunch of parodies in Gravity’s Rainbow, and I liked them so much I wanted to do one. For me, “Whip It,” was a parody of the whole Horatio Alger [rags-to-riches] thing.” 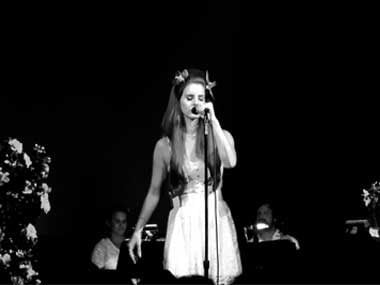 The 29-year-old recording artist Lana Del Rey may not be a household name, but many of her literary influences, such as Milton, Ginsberg, and Fitzgerald, most definitely are. On “Off to the Races,” Del Rey channels Nabokov (“My old man is a bad man, but I can’t deny the way he holds my hand”). Her song “I Sing the Body Electric,” was influenced by a Walt Whitman poem of the same name.

Colin Meloy, the lead singer of The Decemberists (the name was inspired by an 1820s Russian revolt), and the band’s chief songwriter writes some of the most literary-packed lines in contemporary music. (Some take exception to his highfalutin language). In “The Island,” Meloy references Sycorax, a character in Shakespeare’s “The Tempest.” The Decemberists’ song “Billy Liar” takes its name from an English novel of the same name and references “Nogood Boyo,” a character in a Dylan Thomas poem.

Hip Hop artist Aesop Rock raps with blinding speed and an incredible literary vocabulary. In the hook for his song “1,000 Deaths,” he references both Shakespeare and the Bible: “I have died a thousand deaths/For kicking your fantasies overboard/I mean I’m only one servant, making one hell of a diversion/And if the masses have agreed to split the sea then let it bleed.”