15 Movies You Never Knew Were Banned in U.S.

Get ready for the bizarre reasons that get movies banned in America. These are films that inspired protests, boycotts, and sometimes court cases. 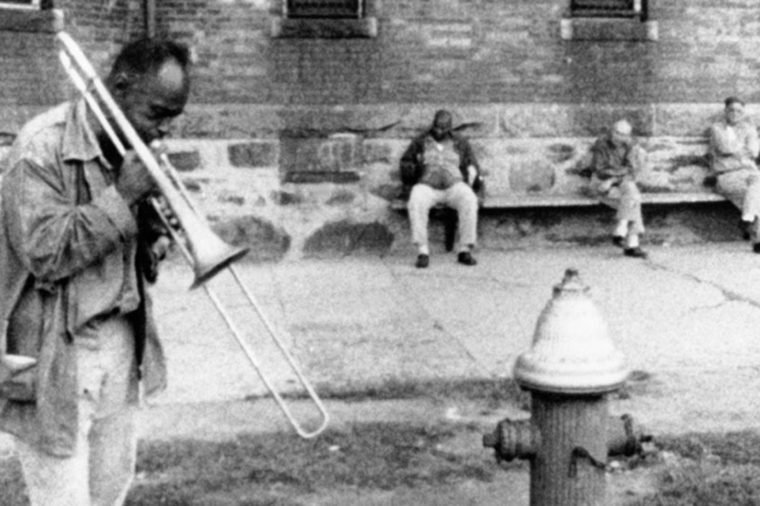 Director Frederick Wiseman invented the modern documentary with his roving camera that aimed to capture direct reality. His 1967 film Titicut Follies depicted situations inside of a state hospital for the criminally insane. The film was banned in Massachusetts, where it was filmed, purportedly for violating the privacy of the inmates, but it also exposed the shocking conditions within the asylum. If you wanted to snack when this movie first came out, you wouldn't have been able to reach for the classic movie munch. Here's why movie theater popcorn was originally banned. 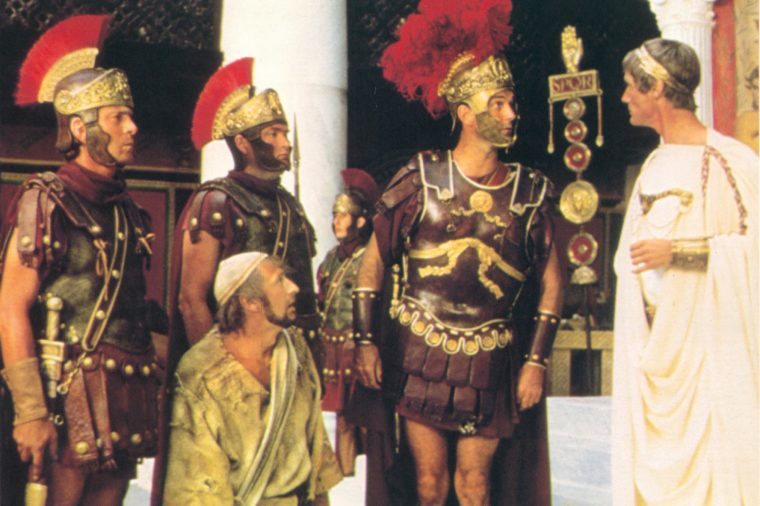 This British comedy is a biblical satire that follows the life and times of Brian of Nazareth. The film stirred outrage, was labeled blasphemous, and even given an 'X' rating in England. It opened in the United States to multiple protests by religious groups. Senator Strom Thurmond attempted to ban the film in his home state, South Carolina, on the grounds that it mocked Christians. Protests and cancellations of the film also took place in North Carolina, Louisiana, and New Jersey. Those protests sparked other protests by groups against censorship. Check out these 50 other things you won't believe are banned in the U.S. 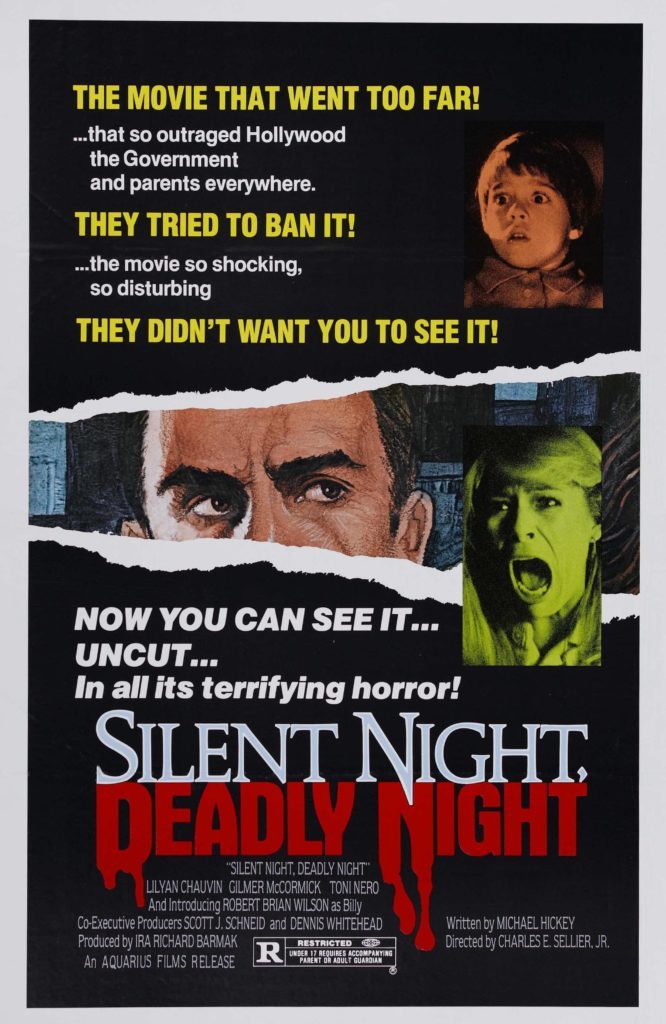 The 1980s brought on the popularity of the slasher flick—especially ones with a murderer tied to a certain date like Jason in Friday the 13th or the weirdo Michael Myers on Halloween. So it's no surprise that a director decided to cast Santa Claus as an ax murderer. Parents across the nation drew up petitions to try to get the film banned. Angry parents protested in Brooklyn, Chicago, and Milwaukee, but they ended up getting the film a lot of free publicity. Nostalgic for the 80s? Watch one of the classic 80s movies you definitely should have watched by now. 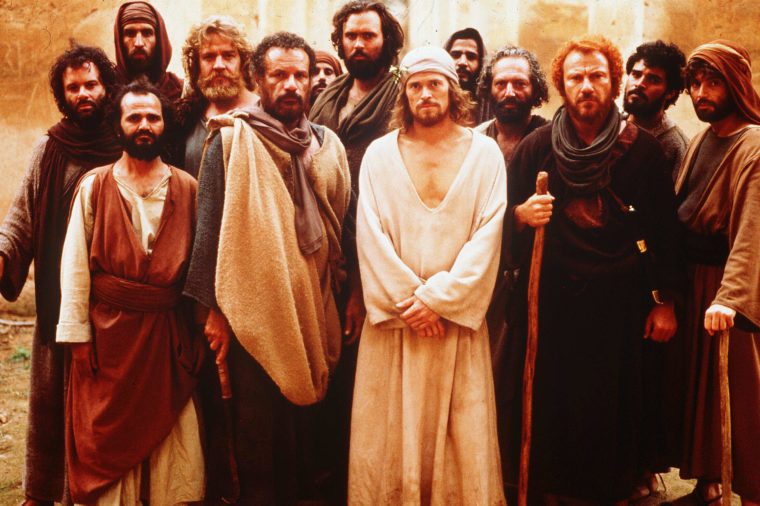 Martin Scorsese's artsy take on the story of Jesus sparked uproars and protests. Willem Dafoe starred as Jesus in a mostly sedate rendition of the story, but protesters found the film offensive anyway. In Savannah, Georgia, a county commission actually passed a resolution against the movie. The film also caused controversy and protests in Oklahoma, Texas, and in small cities across the nation. Theaters showing the film were vandalized in Salt Lake City and Los Angeles. You might be shocked by the banning given how uncontroversial it's content is, but you won't believe these movie trivia facts that are shockingly true. 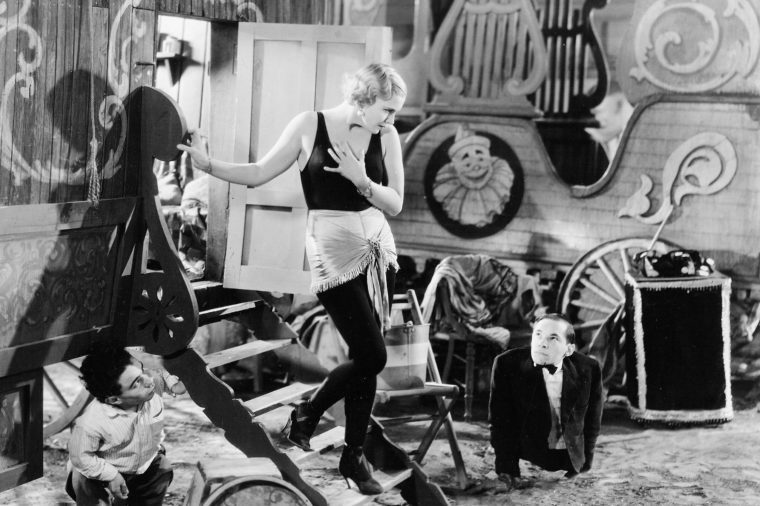 MGM studios produced Tod Browning's Freaks but cut some 25 minutes of footage deemed too shocking before releasing it. It was so disturbing to audiences that it was quickly withdrawn from circulation. Browning cast actors with physical disabilities, many actual circus performers, in his horror movie about circus life. The director, himself a one-time circus performer, intended to depict the humanity of life as an outsider, but audiences still find the film controversial and exploitative. Don't miss the 20 books that were banned for being too controversial. 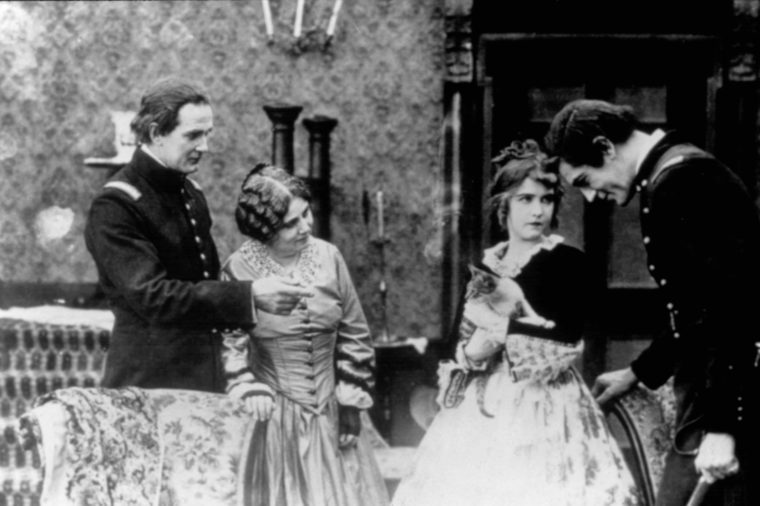 Many prominent Black leaders aimed to ban D.W. Griffith's horrifically racist blockbuster before its premiere on the grounds that it was an "open call to hatred and violence." The film presents the Ku Klux Klan as heroes, but that didn't stop President Woodrow Wilson from screening it at the White House and offering support. The peaceful protests from Black citizens at the time are now considered by historians to have been a model for the civil rights movement to come. Film fanatics; check out the most scientifically inaccurate movies of all time. 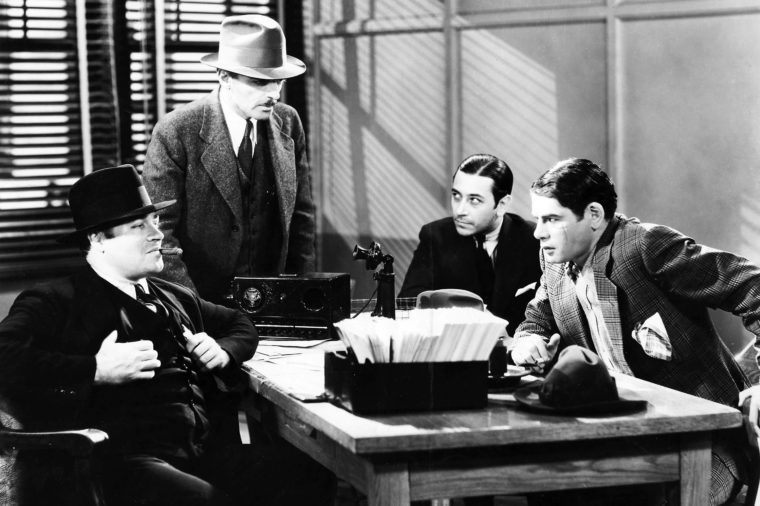 Before Al Pacino uttered "say hello to my little friend" in the 1983 version, there was the original Scarface, reportedly based on the life of Al Capone. The '30s film was just as iconic and so shocking it was banned in five states. Why? Because it glorified violence, crime and gang life long before Tony Soprano and Vito Corleone in The Godfather stole America's heart. The gangster genre is still one of the most popular in America. Check out these 13 karaoke songs you never knew were banned. 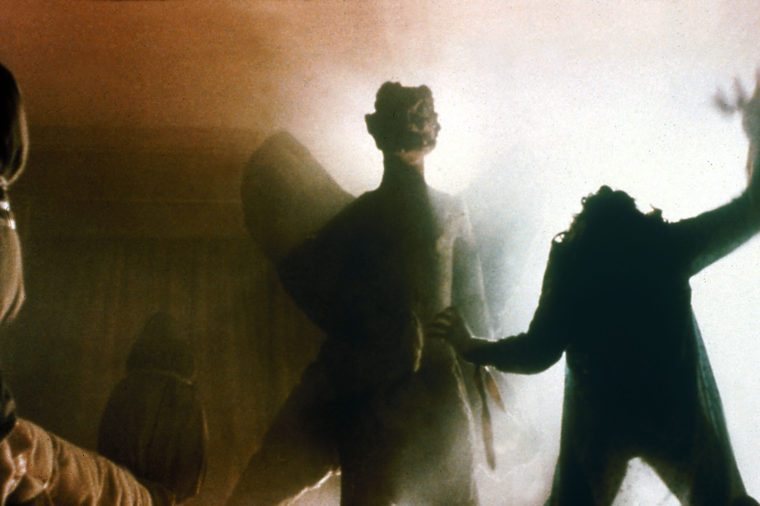 This possession film was outright banned in the United Kingdom, while the trailer took some heat in the United States. It was pulled from theaters after reports of audience hysteria and even vomiting. Despite its scary subject, the film went on to be a huge hit. Love this movie? You'll be fascinated by the real-life exorcisms that actually happened. 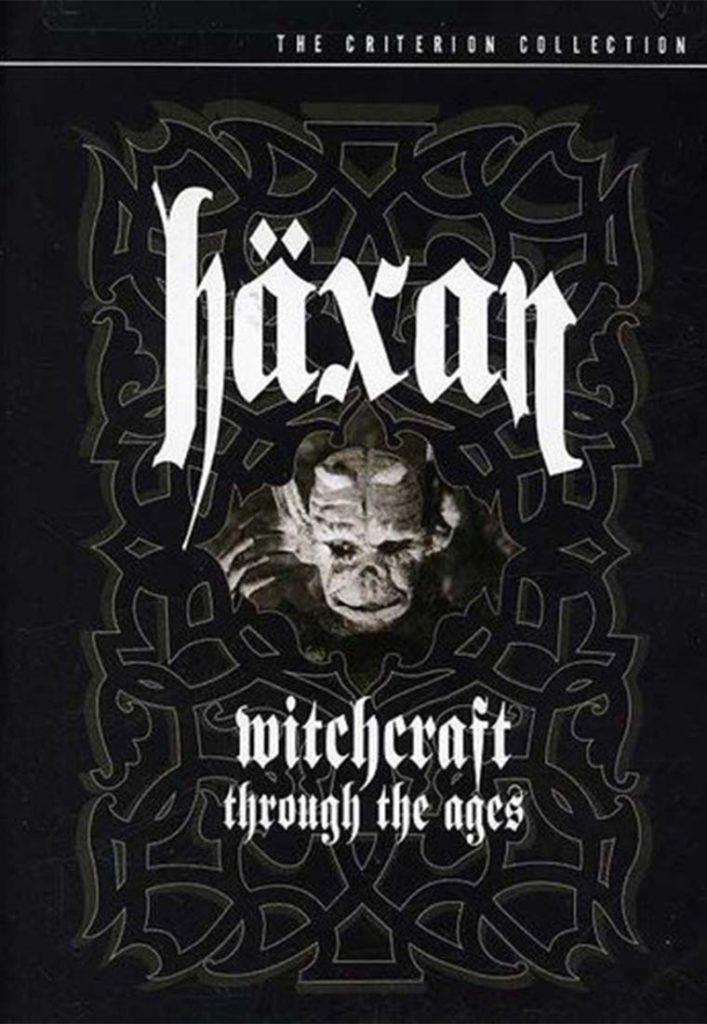 This silent Swedish film was banned in the United States for years due to its depiction of demonic deviants and various sacrilegious and sexual shenanigans, many of which are set in churches. It was deemed too deplorable for American audiences, but was eventually screened in 1929 and hit the art circuit with a recut and rerelease in the 1960s. It even has a reputation these days for being avant-garde. We're just glad that Haxan isn't one of the horror movies based on real events. 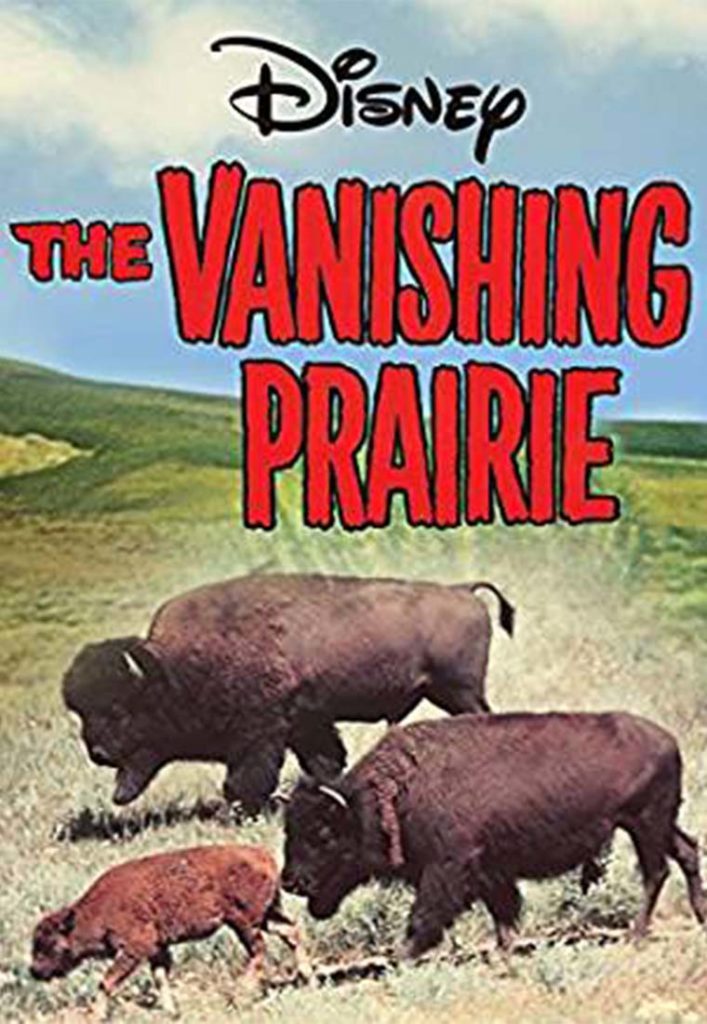 Disney's acclaimed nature documentary won an Academy Award, but it was stilled banned in New York on the grounds that it might corrupt morals. It contains footage of a buffalo giving birth, which struck someone as too problematic for viewers. The ban was lifted shortly after. These are the 3 things never allowed in Disney movies. 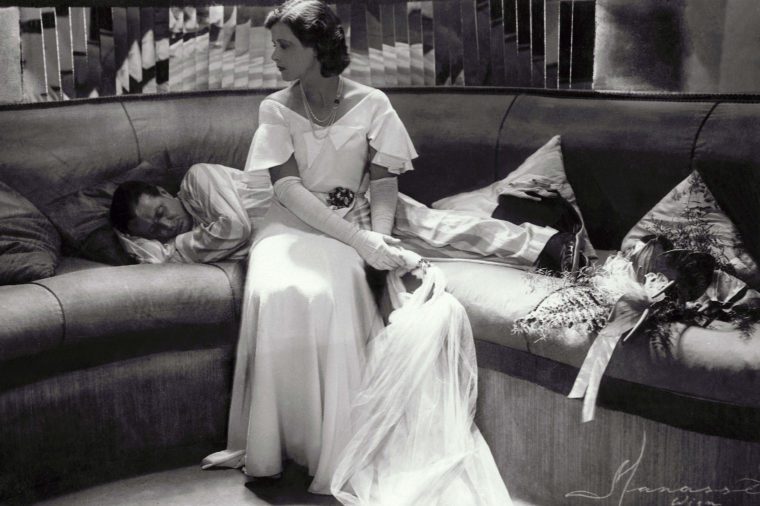 Film star Hedy Lamarr scampered nude—which was enough to get Ecstasy banned for several years. There were also close-ups of her face during sex which was considered to be way, way too much for audiences to handle. Lamarr's husband reportedly tried to have all copies of the film destroyed. 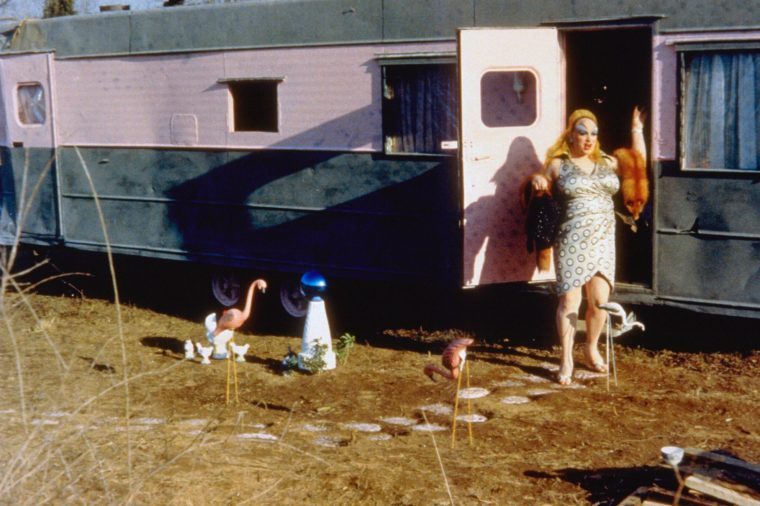 Cult director John Waters aimed to highlight trashy hijinks in his cinematic ode to bad taste starring the iconic drag queen Divine. Underground audiences loved the film, but it was banned in small towns across the nation for depicting perversity—which, of course, was the whole point of the film. Find out which 18 bizarre things have been banned around the world. 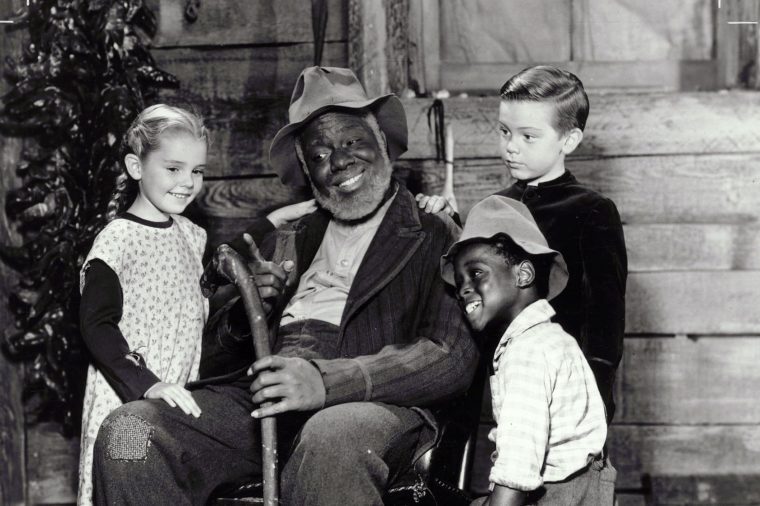 Disney didn't exactly ban their live action and animated hybrid film, Song of the South; they just buried it and kept it out of circulation. Both the film and the Splash Mountain ride are based on Uncle Remus stories on Br'er Rabbit. The film presents a racist rendition of life led by African Americans on a plantation. The lyrics to the famous song "Zip-a-Dee-Doo-Dah" are wildly out of place and deeply troublesome. 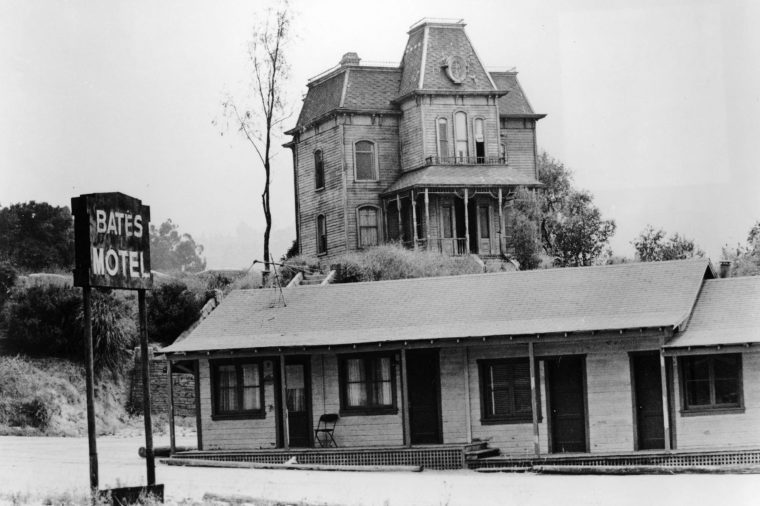 Alfred Hitchcock's famous shower scene barely got past the ratings board, but the film ushered in the modern horror slasher flick. Audiences loved it and flocked to theaters in order to experience the visceral terror the film inspired. But the movie also inspired controversy and outcry. Some people found it "sadistic" and tasteless and wanted theaters to quit showing it. The outrage was enough to inspire one columnist to argue that the movie would not contribute to the "degeneration of the human race."  This Hitchcock classic might have horrified moviegoers at the time, but it's not quite enough to make it onto the list of the 35 scariest movies of all time. 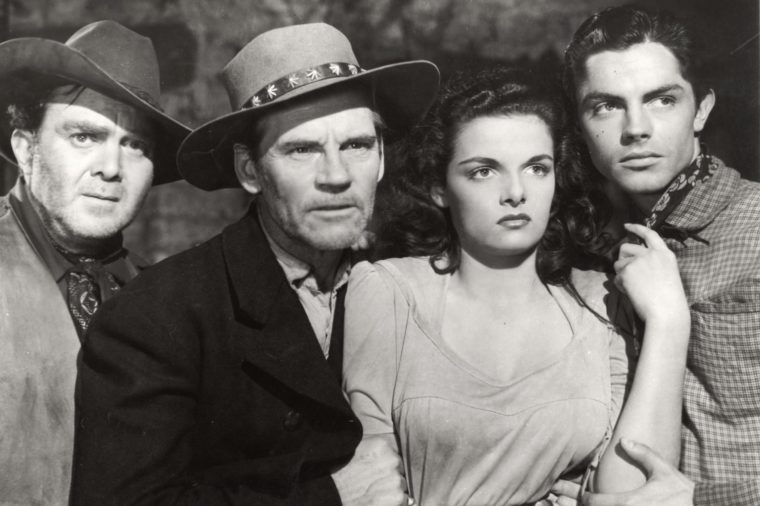 Screen star Jane Russell's "large and prominent" breasts got way too much emphasis in The Outlaw, according to the ratings board. The controversy went on for years, inspiring lawsuits and bans. The film needed approval for release, but that was delayed as the board went back and forth on required cuts of breast shots. The advertising for the film included the tagline, "How would you like to tussle with Russell?" The offending billboards were ordered removed. Once the film was released, one theater manager was arrested for showing it. Projectionists were accused of cutting out salacious film images to either censor or steal for their own enjoyment. As a result of inspiring crime and indecency, the film was banned all over the country. Next, see which books are the most controversial of all time.