The dragon is the center of Chinese New Year, Chinatown street fairs, and any big celebration having to do with Chinese culture. (See for yourself by visiting one of these 12 best Chinatowns in America!) But the Chinese dragon is more than just a lucky symbol. It is embroidered in the literal and metaphorical fabric of Chinese history. And it’s not just a national mascot—it’s a divine being. Here’s why the dragon so important in China.

Blood of the dragon

Every civilization on Earth has a creation story. The creation myth for the Chinese people is one in which the dragon plays a key role. There are many different interpretations of the Chinese creation story, but according to legend, a dragon (among other celestial beings) is said to have aided Pan Gu, creator of all things, in the early stages of making the world. In another variation on the creation theme, a goddess named Nu Gua, who had the torso of a woman and the tail of a dragon (or a snake, according to early lore), molded the first humans out of mud and became known as one of the most divine beings.

The dragon is also a central part of China’s tribal history. It is said that when “Yellow Emperor” Huang Di defeated another tribe, he incorporated that tribe’s animal totem into his own coat of arms, which was a snake. The body of the snake became mixed with the limbs and features of other animals (i.e., the other animals of the Chinese zodiac), creating a dragon. So, the dragon also symbolizes a unified China.

While all Chinese people are said to be descendants of the dragon, the emperor has long been thought of as a human incarnation of the dragon. Historically, the Chinese emperor was the only person with the divine right to wear robes of the dragon—yellow, blue, red, and light blue robes with nine dragon patterns for special occasions and feast days. The dragon is considered the most divine animal, and as a result, only the emperor is allowed to wear the robes of divinity. But you don’t have to be an emperor to enjoy these 10 lucky foods to eat for Chinese New Year!

There is not just one dragon that matters in China. In fact, there are nine dragon children that can be found all throughout Chinese art and architecture: Bixi, Quiniu, Yazi, Chaofeng, Pulao, Chiwen, Bi’an, Suanni, and Fuxi. In the book Chinese Symbolism & Art Motifs: A Comprehensive Handbook on Symbolism in Chinese Art Through the Ages, C.A.S. Williams notes that each of the nine dragons represents different characteristics and values. For example, one dragon is representative of water, while another represents music. The use of a particular dragon in Chinese architecture denotes the type of energy or purpose of a place.

The body of the Chinese dragon

The Chinese dragon is a fierce and magnificent-looking creature. It is not what Western minds would think of when they think of a dragon, though. The Chinese dragon is actually comprised of body parts of various animals, like the “belly of the frog, scales of the carp, claws of the hawk, and palm of the tiger,” to name a few. The Bixi Dragon is more turtle-shaped, for example, while the Suanni Dragon is more lion-shaped.

Colors of the Chinese dragon

Dragons are depicted in different colors for different symbolic purposes. The yellow dragon, for instance, is a symbol of nobility, while the red dragon is typically seen as a symbol of luck and prosperity.

The use of dragons in Chinese art goes back as far as the Chinese civilization itself. Depictions of this creature can be found in practically every medium, from sculpture to paintings. As previously noted, dragons can represent a myriad of things, depending on how they are drawn. In the journal The Bulletin of the Cleveland Museum of Art, J. Keith Wilson explains that the rising dragon often represents “vigorous masculinity.”

In Western culture, dragons are historically viewed as terrible creatures. For example, in the Old English epic poem Beowulf, dragons are mean-spirited, greedy beings who hoard treasure. In Chinese culture, though, dragons are never considered enemies, according to the New World Encyclopedia. Instead, they are worshiped as divine and righteous. The Chinese dragon also possesses many respectable characteristics. Aside from luck and nobility, the dragon is seen as an all-powerful being that offers wisdom and protection to its people. Discover the luckiest birthdates for every Chinese zodiac sign.

Dragons are wonderful figures to have in the home. They are believed to bring good fortune and protection. However, how the dragon is placed affects the energy in the home. The Spruce writes, for example, that proper feng shui dictates that dragon figurines should always be placed behind you in an office area to support you. If placed in front of you, you will be in opposition with the dragon (not good). Placing a dragon totem near a source of water is also supposed to bring wealth and good fortune.

Chinese New Year and other celebrations

The Dragon Dance occurs at every Chinese New Year celebration. It takes a number of talented people to make the large dragon costume move and dance with fluidity. The red dragon is the strongest symbol for good luck and prosperity in China, which is why it is used to usher in good tidings for the new year. Check out these other 20 things you never knew about Chinese New Year.

But dragons aren’t just reserved for ringing in the new year. They are present in almost any type of celebration, including the traditional annual Dragon Boat Festival, which is celebrated to commemorate the exiled poet Qu Yuan, who opposed the state of Qin during the Warring States Period. It occurs on the fifth day of the fifth month of the Chinese lunar calendar. The dragon boat race is a highly anticipated event each year and takes place across all the country’s waterways. 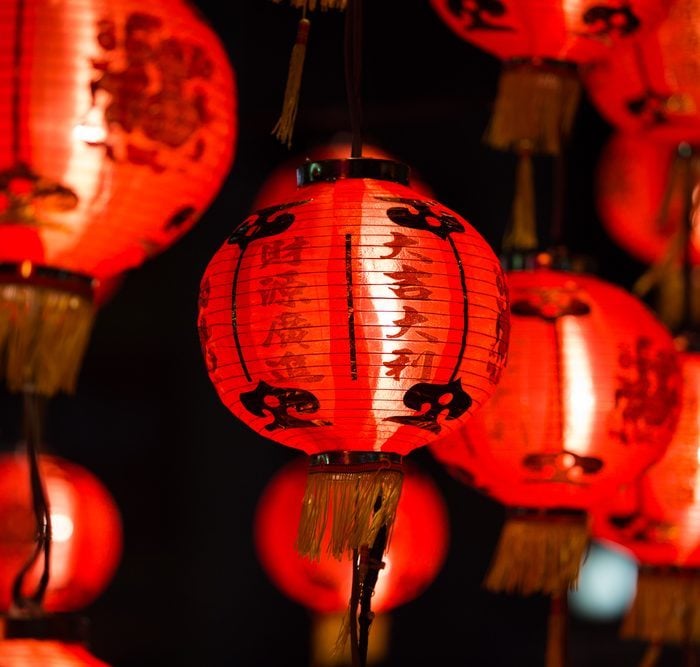 The History Behind Chinese New Year 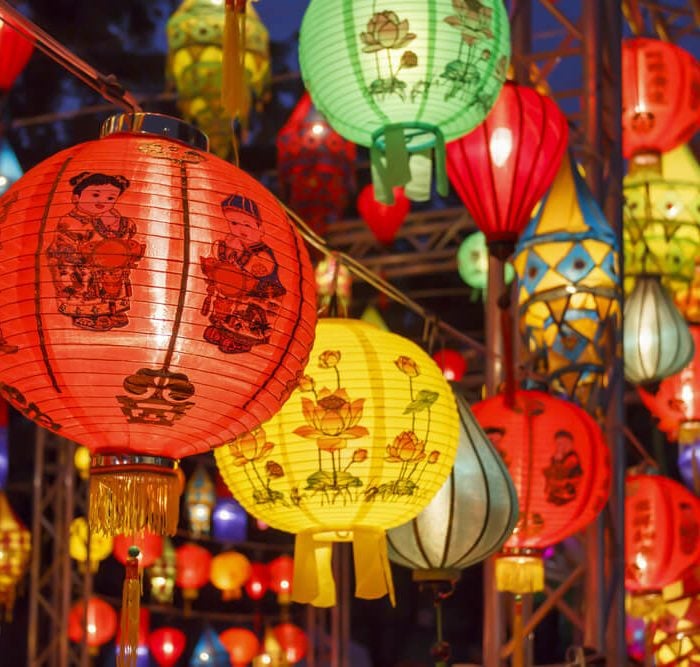 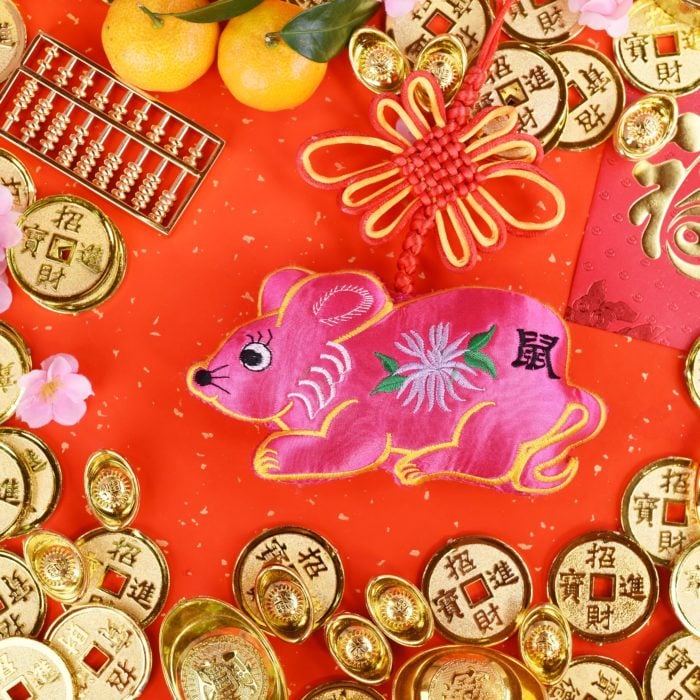