Where do cartoon characters come from? You might be surprised at the inspirations behind some of these. 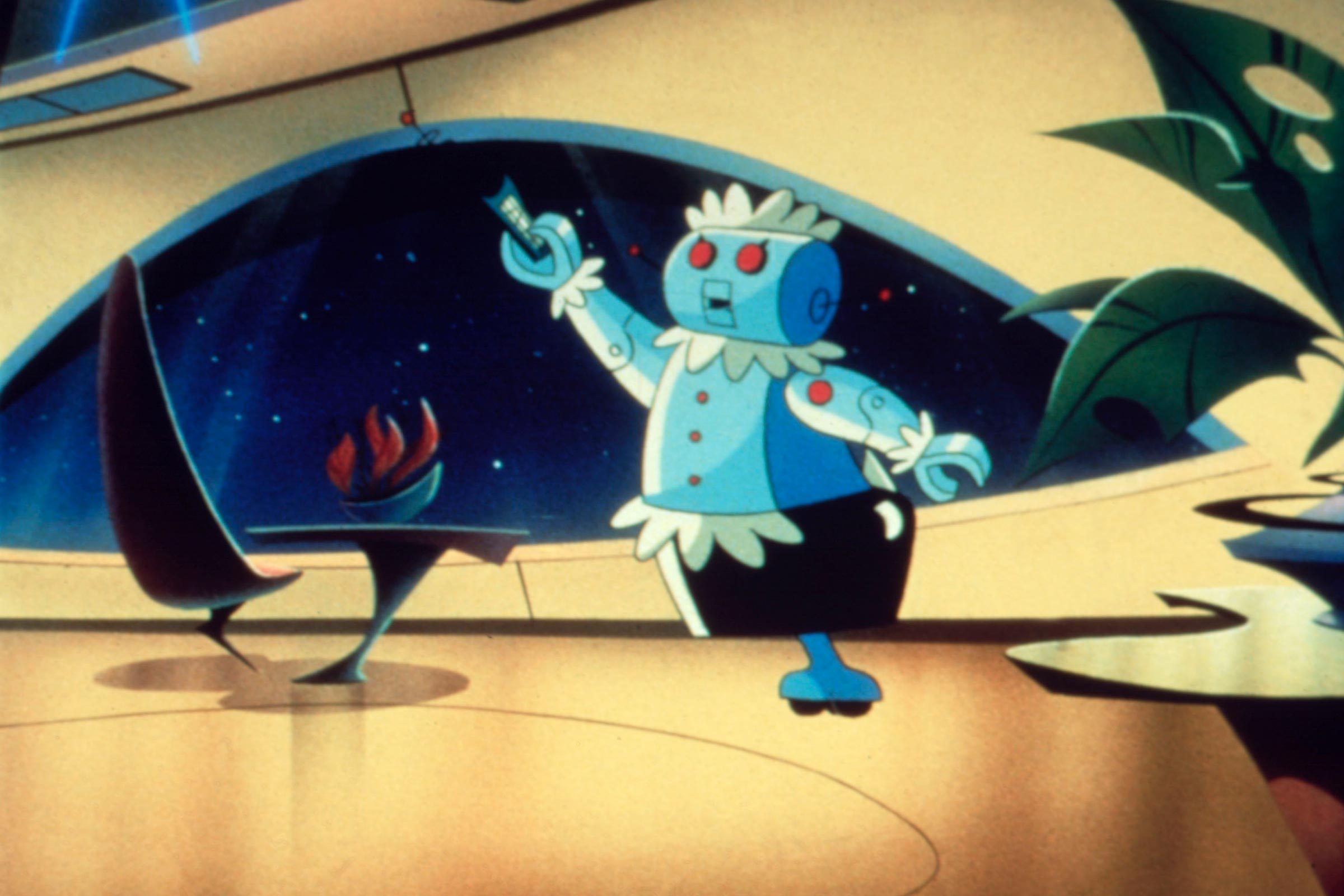 Voiced by Jean Vander Pyl, the Jetsons' robot maid was based on Shirley Booth's performance of a wisecracking maid on the 1960s sitcom Hazel. Hazel called her boss "Mr. B," so Rosie called George Jetson "Mr. J." 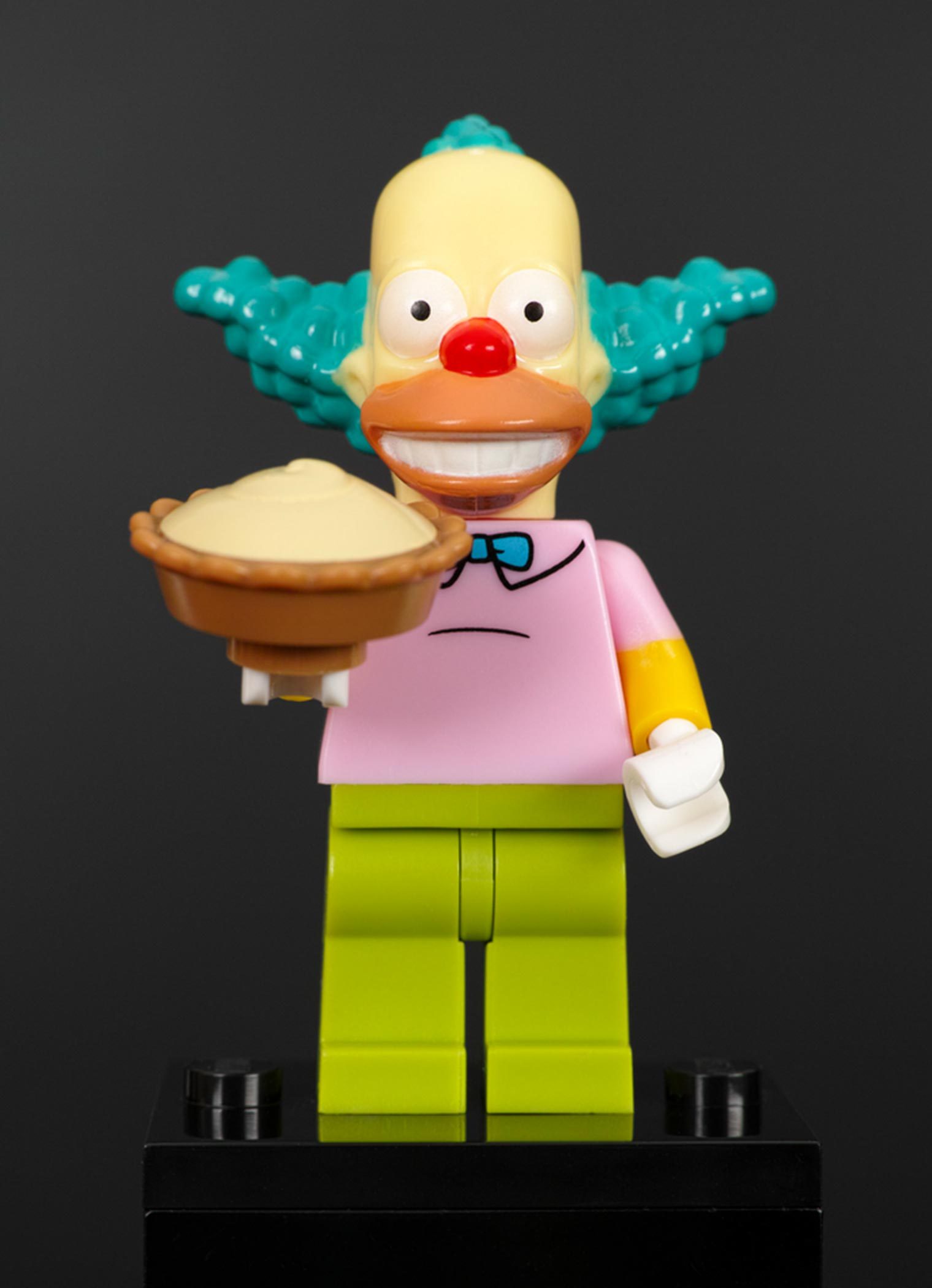 When Simpsons creator Matt Groening was a kid in Portland, Oregon, in the 1960s, he often watched a gravelly voiced, world-weary TV clown named Rusty Nails. "He was actually a very sweet clown," says Groening, "with an incredibly frightening name." 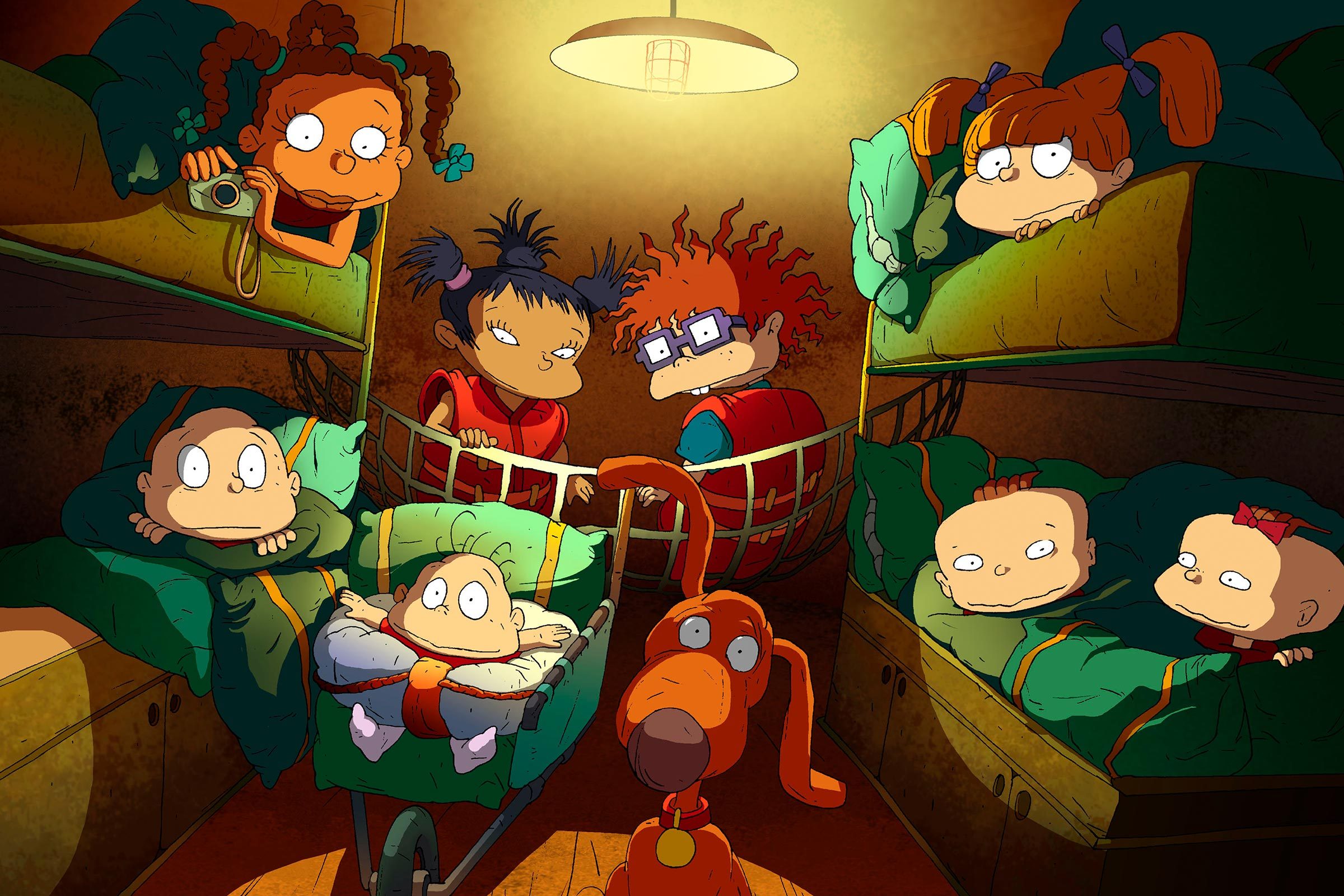 In 1991 cartoon producer Arlene Klasky had one day to come up with a new series for Nickelodeon. She and her writing partner, Paul Germain, had a few ideas, but nothing was working. Then Klasky looked at her baby and wrote a few things down in her notebook. "Then I called Paul and just read him my notes: 'If babies could talk, what would they say?'" The next day, they pitched the idea to Nickelodeon ... and Rugrats was born. Get a laugh with these 20 cartoons that prove daily life is funnier than any stand-up routine. 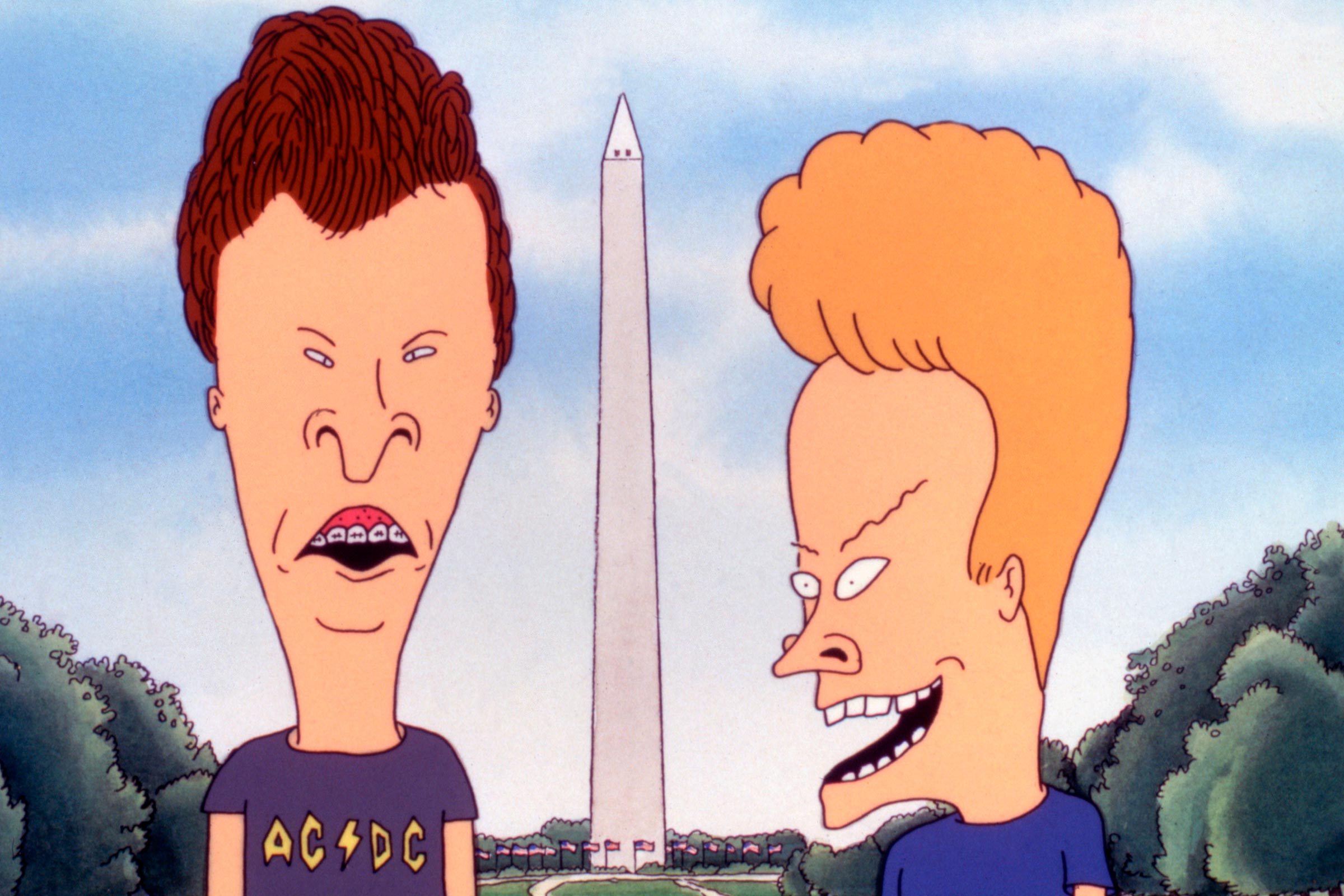 When animator Mike Judge was in college, he lived next door to a 12-year-old kid who called himself "Iron-Butt." Judge recalls, "Supposedly, you could kick him in the butt as hard as you wanted, and it wouldn't hurt him." A troublemaker, Iron-Butt used to sneak into Judge's house and once burned down a tree. He became the inspiration for Beavis's friend Butt-Head. 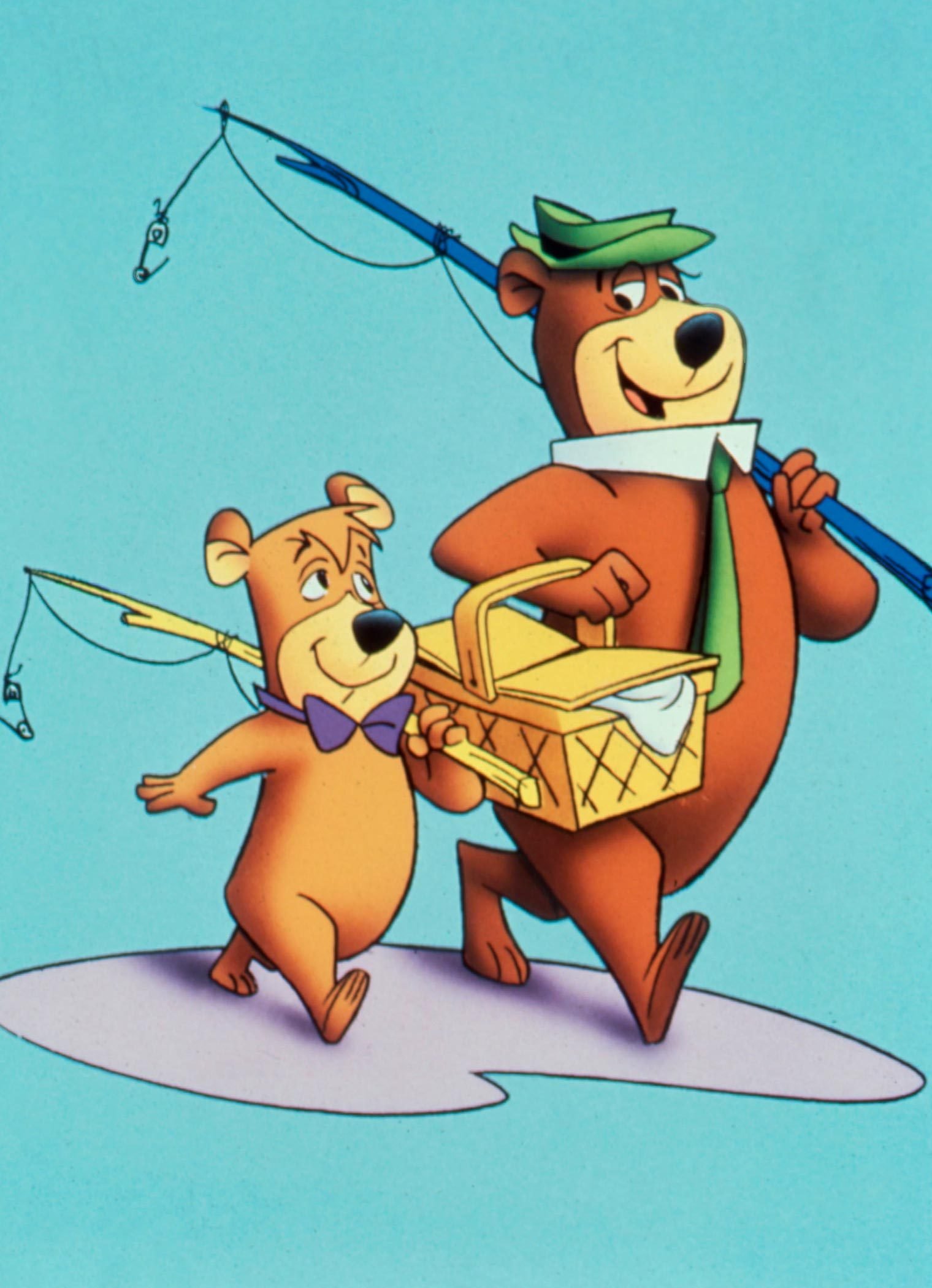 Yogi Bear made his television debut in 1958, and his real-life inspiration had made his own television debut only three years earlier. USA Today reports that Yogi Bear was based on Ed Norton, the character on the sitcom The Honeymooners played by Art Carney. Ed—and Yogi, by association—were inspired by vaudeville comics. But there's no denying the similarity between Yogi's name and that of Yogi Berra, who had been playing for the New York Yankees for more than a decade when the cartoon character was launched. Don't miss these pop culture facts to have ready for trivia night. 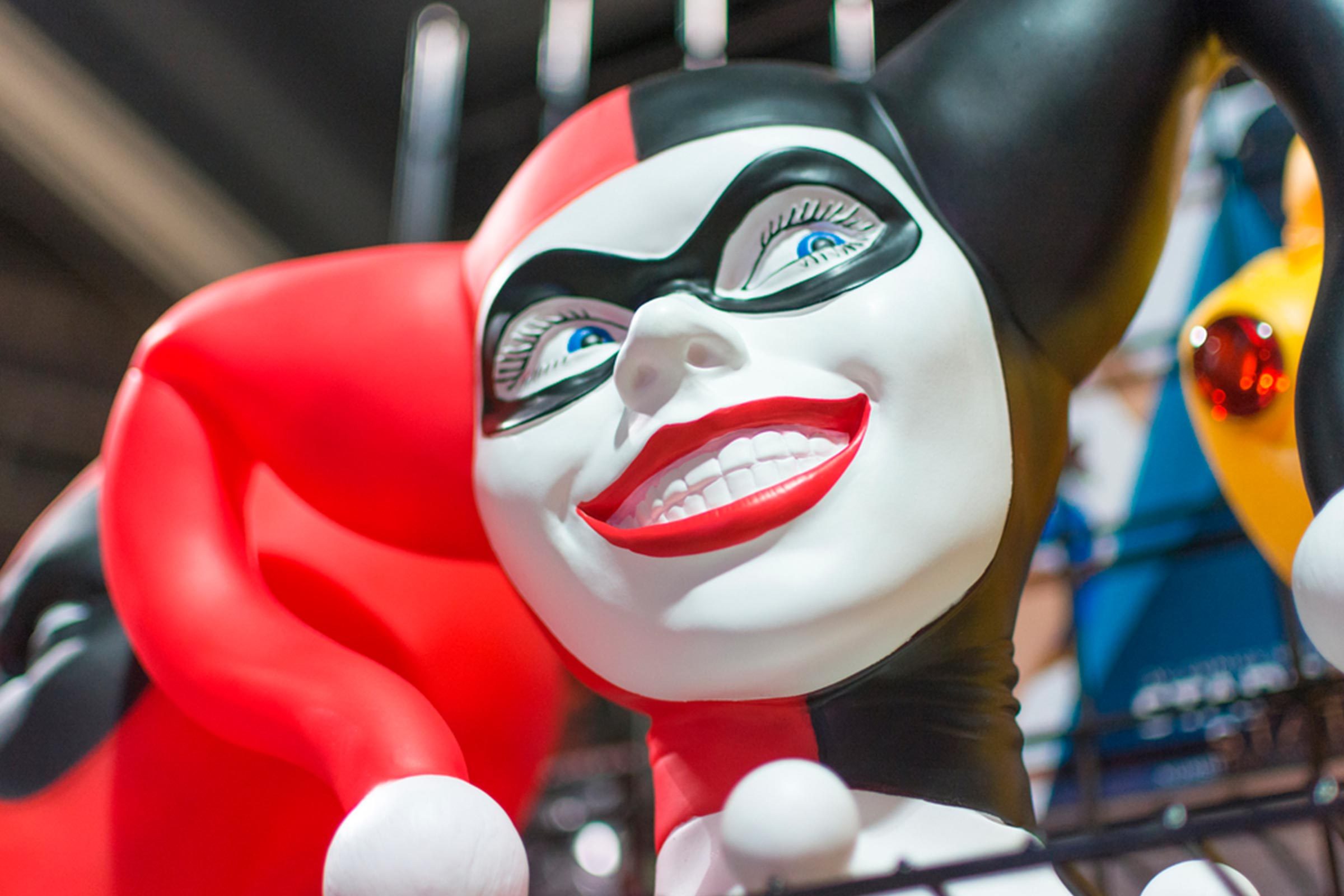 The Batman comics and cartoons may have their dramatic moments, but no one would compare them to a soap opera. That's why it's so amusing that DC Comics supervillain Harley Quinn was inspired by a character on the hit soap Days of Our Lives. Mental Floss reports that Paul Dini, a writer for Batman: The Animated Series, got the idea for Harley Quinn from a scene on Days of Our Lives in which actress Arleen Sorkin appears dressed up as a court jester on roller skates. 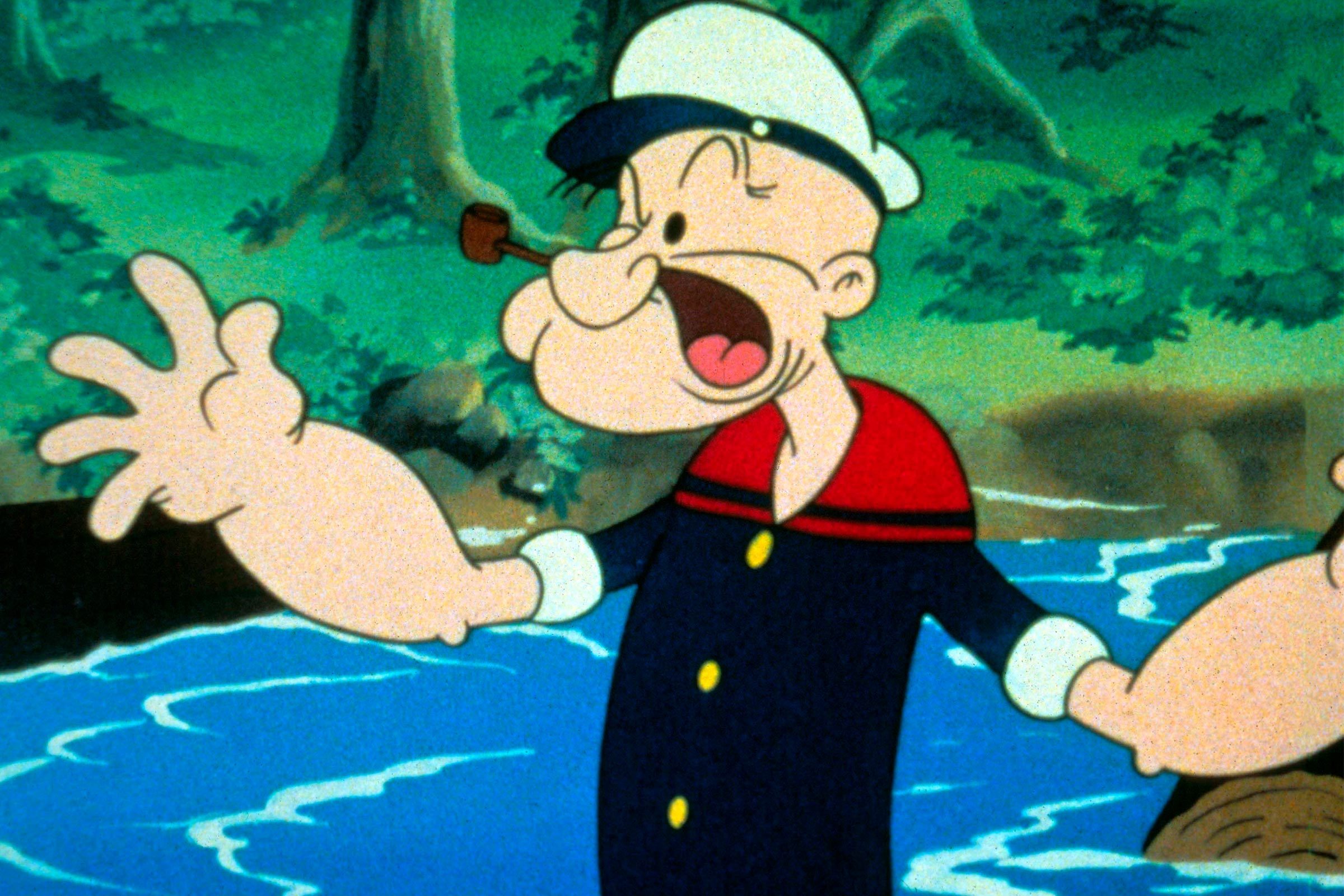 This famous rough-and-tough sailor was allegedly inspired by Frank "Rocky" Fiegel of Chester, Illinois, the hometown of Popeye's creator, Elzie Segar. Those who knew Rocky said he was a strong guy who was "always ready for a fight and always a winner." The two also had bald heads and smoked the same corncob pipe. Whether or not Rocky liked spinach is, unfortunately, unclear. Try out these tricky questions to test your cartoon knowledge. 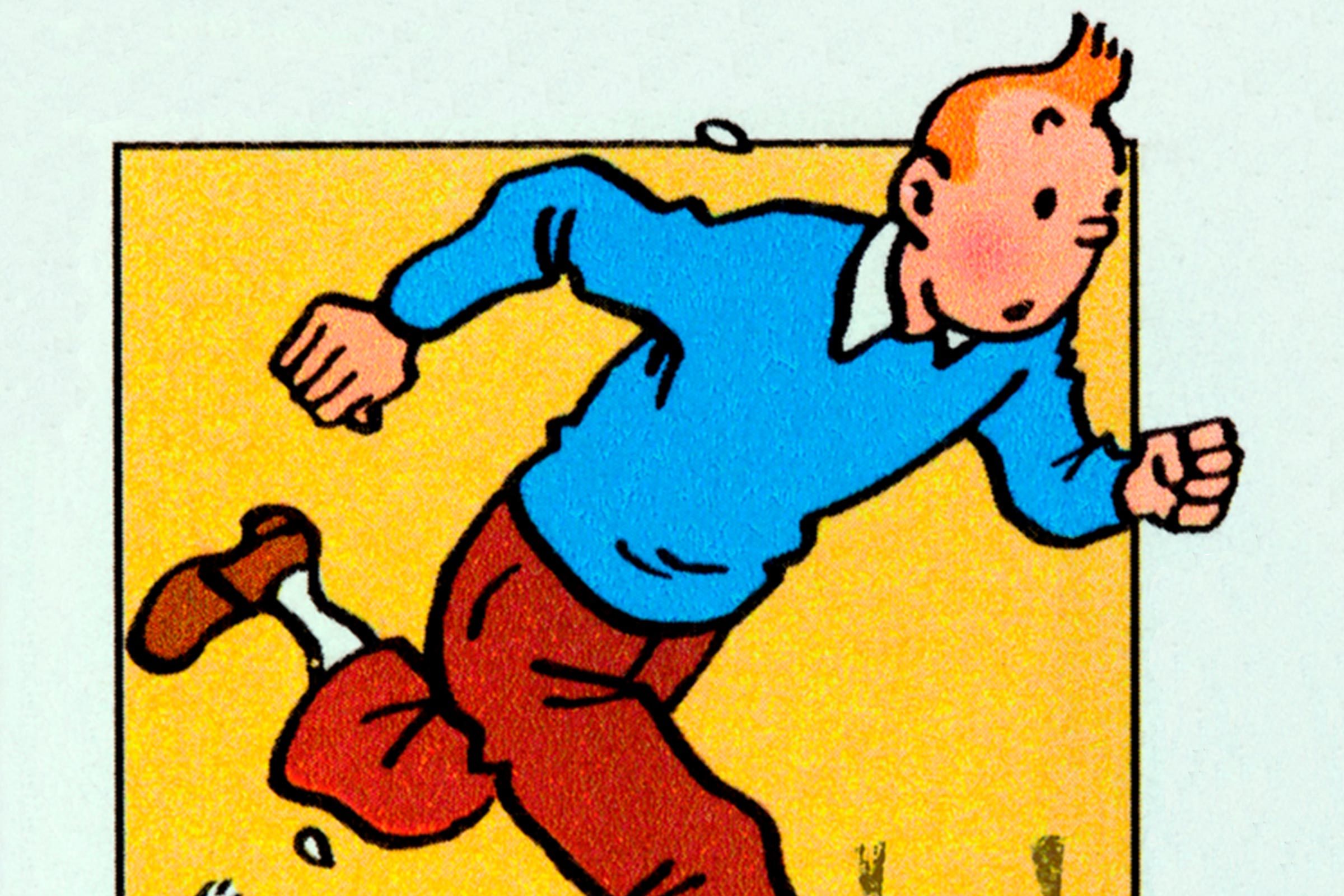 Created by Belgian cartoonist Hergé, Tintin is a young reporter who travels around the world with his dog, Snowy. It's widely believed that the inspiration for this adventurer was a real boy named Palle Huld, who had worldly adventures of his own. When he was 15, Palle won a contest through a Danish newspaper. The prize? To reenact Phileas Fogg’s voyage from Around the World in Eighty Days. Palle completed his journey in 44 days and wrote a book about it, which was published in English as A Boy Scout Around the World. Check out some surprising facts about famous Disney cartoon characters. 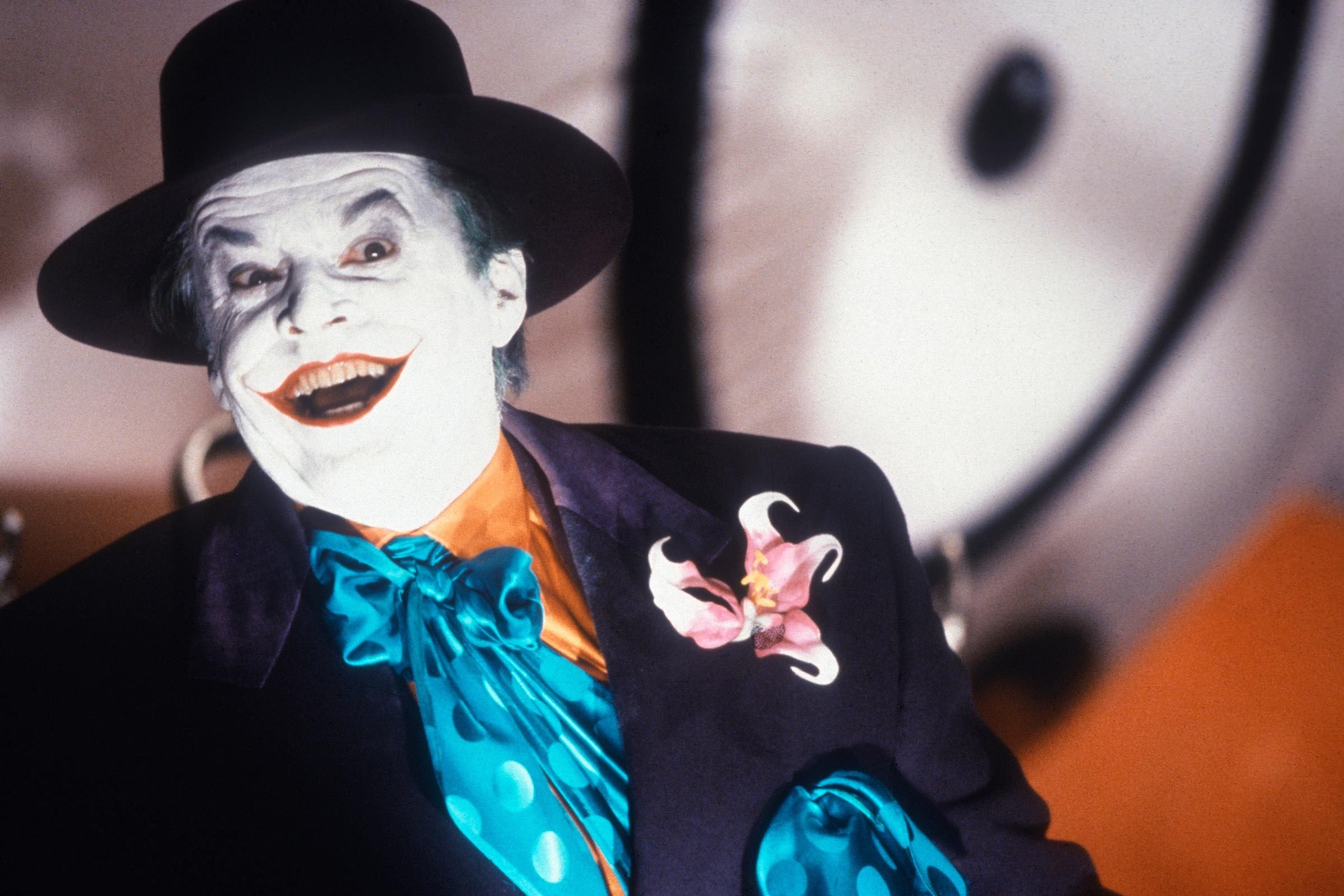 We think few people would want to be credited as the inspiration for Batman's archenemy. Luckily, the man who inspired the Joker is a fictional character as well. Hollywood producer Dennis Hartwig wrote that the origins of the Joker go back to a 1928 silent film called The Man Who Laughs, which was adapted by a Victor Hugo novel of the same name. In the story, a nobleman offends King James II and is sentenced to death by means of an iron maiden. The nobleman's son also pays the price; a doctor cuts his face into a permanent smile so the boy will "laugh forever at his fool of a father." 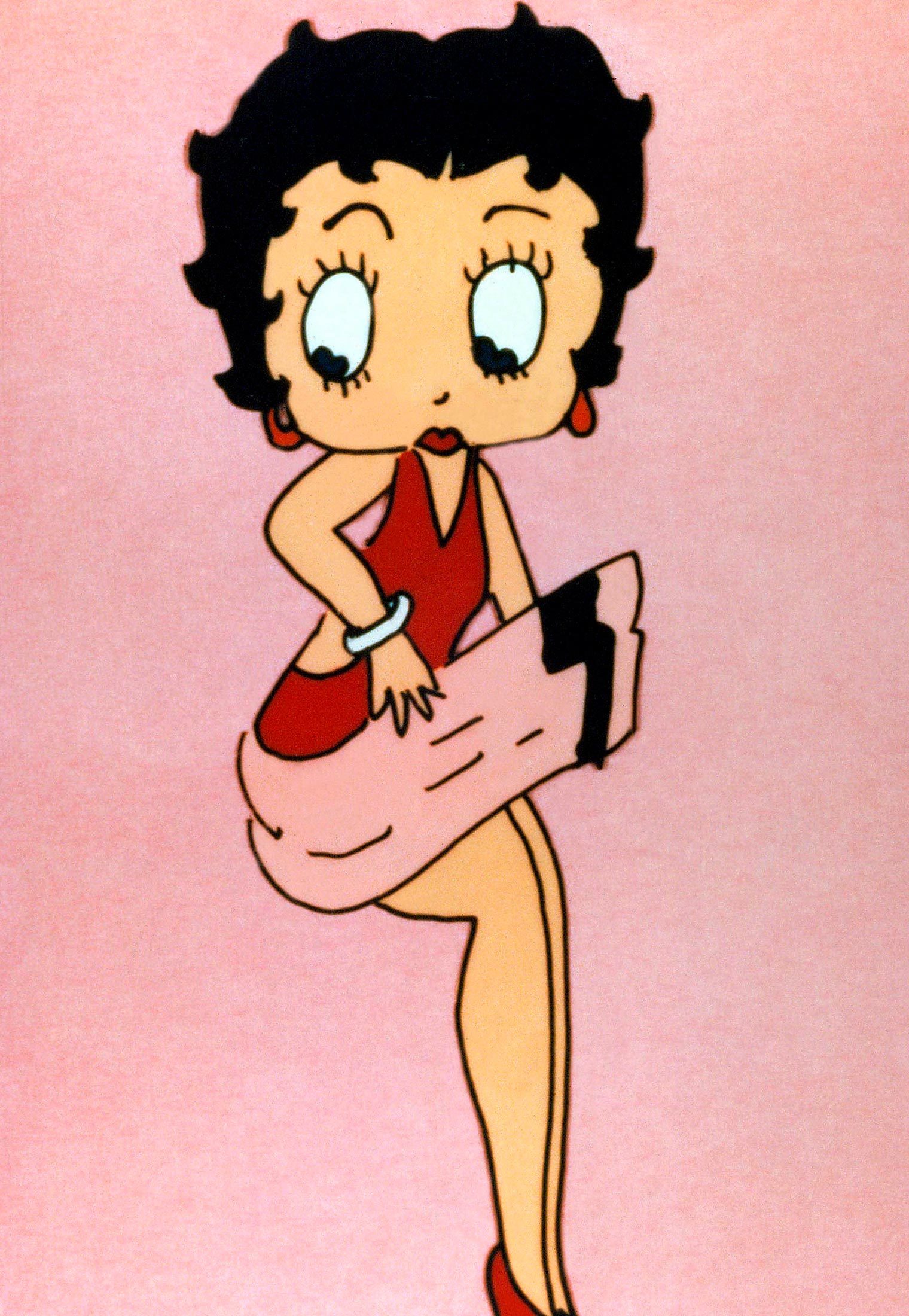 Most people think of actress-singer Helen Kane when they think of Betty Boop, but the real inspiration behind this famous cartoon is a bit more complicated. Max Fleischer, the creator of Betty Boop, did initially draw the cartoon as a caricature of Kane. What he didn't know was that Kane had based her look and routine on an African American performer named Esther Jones, also known as Baby Esther. One of her catchphrases was "Boop-oop-a-doop," which Kane copied and, unknowingly, so did Betty Boop. When Kane saw Betty Boop, she sued Fleischer for using her likeness without consent. Jones had passed away by the time the trial started, but Fleischer eventually found footage of her singing with her "Boop" scatting. With this evidence, the court denied Kane her lawsuit, and added that other actresses look like the cartoon character, too. Next, check out these 15 more pop culture trivia questions people always get wrong.