These unsuspecting employees and guests share their strangest (and for some, scariest) experiences at hotels around the world. 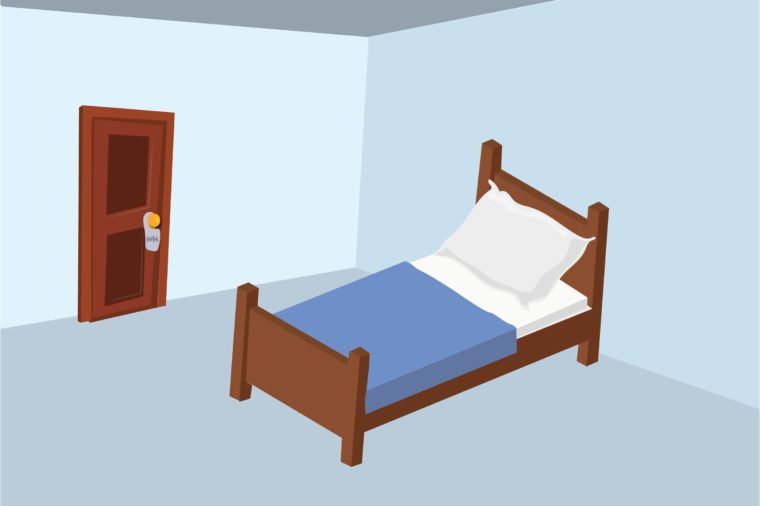 “For my brother's wedding in small-town rural Alberta, we booked at the only motel available. When we arrived and were given a key, there was a naked man already in bed! They had given us the wrong room. When they gave us the right room, it had been straightened but not cleaned. The telling clue? Skidmarks on the white towel.”—Angela Grace

Follow these tips for a safer and healthier hotel stay. 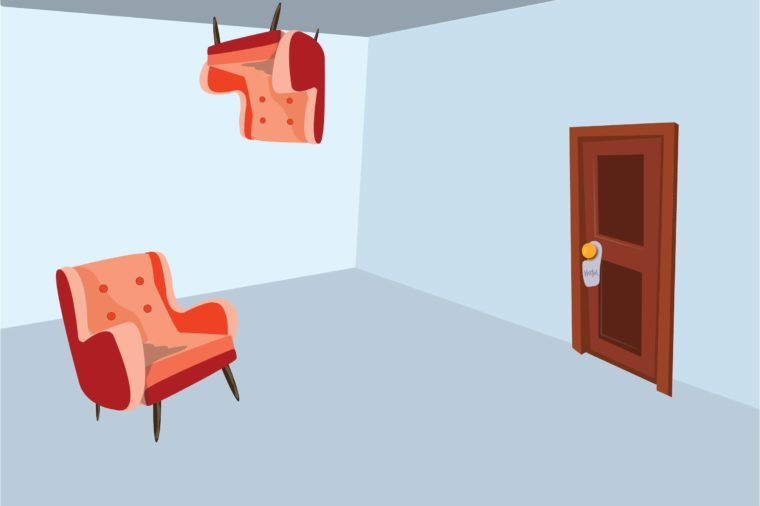 “I was working at a luxury hotel and we had a fairly big name band staying with us. There were no noise complaints, and they seemed to be perfect tenants. When they left and we went to clean the room, EVERY SINGLE PIECE of furniture was nailed to the ceiling in roughly the same configuration that it was in on the floor. I found it to be quite amusing. Management didn't.”—Reddit user EyesWideStupid 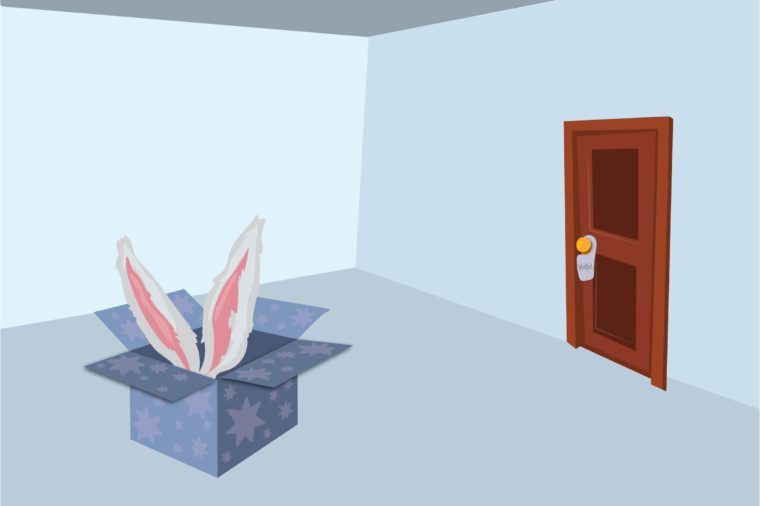 “Last Thanksgiving, my daughter and I checked into the Westin Lake Las Vegas for a weekend of relaxation. As we entered our room, we found the luggage rack expanded next to the bed, with a black magician’s box sitting on top. It had a magician’s business card slipped into a slot on the front, and a combination lock, which was locked. The box was the exact size of a human head. (Full disclosure: I’m not actually positive it was a head in a box, but it totally could have been!)

My daughter thought it was some kind of contest put on by the hotel—if you can break into the box, you win what is inside. I was convinced it was a head. (I tend to go towards the macabre.) We tried to break in (“maybe the combination is the phone number on the business card!”), but didn’t succeed. We called the front desk, and they sent security. Not housekeeping—security! The guard said he had no idea why it had been left in the room, and promptly removed it. We never did find out what was inside. I still say it was body parts. Why else would a magician leave his box behind?!”—Jennifer Campana