Scientists growing human brains in mice? It sounds like science fiction, but it's happening right now. 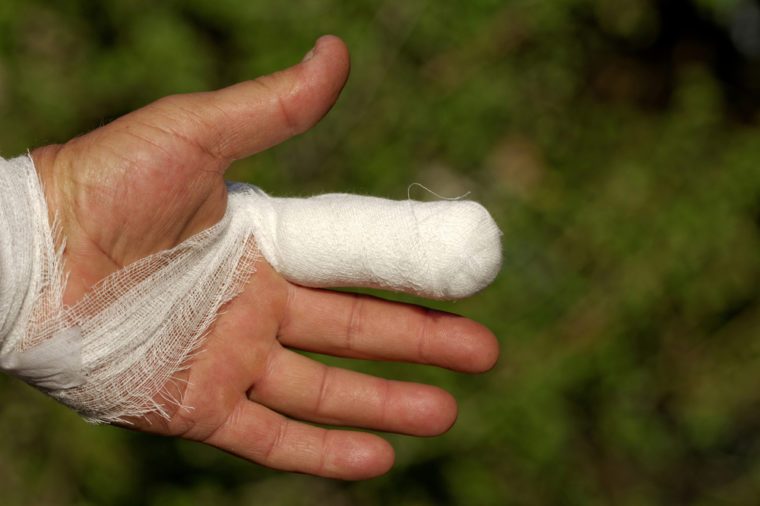 Scientists have discovered that tissue from pig bladders can be dried into a powder called extracellular matrix and used to regrow human fingers. While typical mammals heal injuries by growing scar tissue, which prevents any future cell regrowth, the cells in the lining of pig’s bladder contain a protein that stimulates a total regrowth of tissue, similar to how lizards can regrow their tails. So far the treatment has been used to reattach severed fingers, develop new fingertips, and even help regenerate the destroyed muscles of an injured Iraq War veteran. These are the 15 science mysteries no one has figured out. 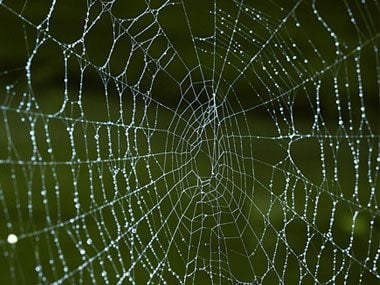 Scientists have been able to insert spider silk genes into goats. Why? The goats' milk then contains the protein responsible for the silk, which could then be harvested in large quantities. Scientists hope to be able to use the spider silk, which can be up to five times stronger than steel, to enhance products ranging from artificial limbs to bulletproof vests. 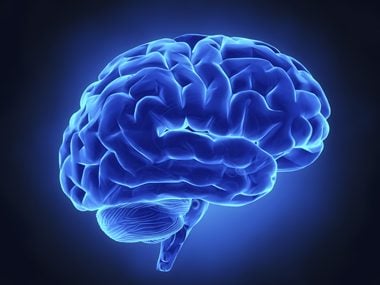 Scientists have injected human embryonic stem cells into the brains of fetal mice still in the womb. After the mice were born, the human brain cells developed along with the mouse brain cells, proving that human stem cells can develop into human brain cells in another living animal. Scientists believe this technology could advance research on human brain disorders and improve testing of experimental medications. Read about the 11 psychology experiments that went horribly wrong. 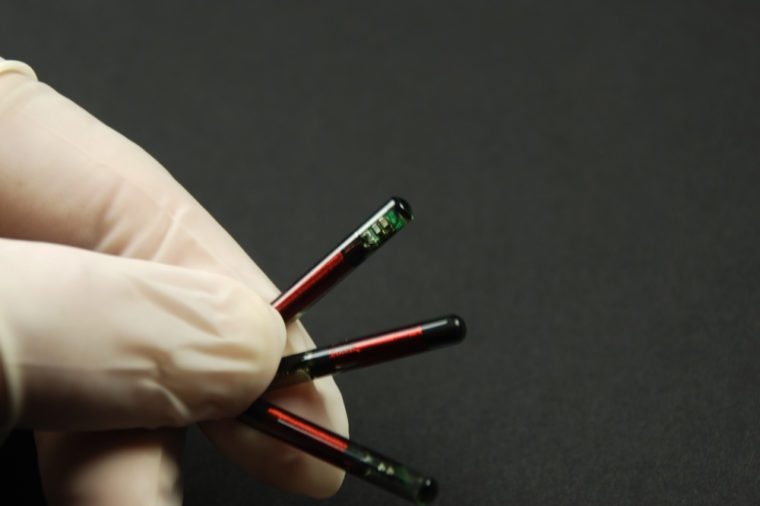 RFID implants tracking where you go

Radio-frequency identification (RFID) chips have been implanted in pets for years to help identify and return them if lost. But tracking people? The FDA has approved implantation in humans, meaning soon prisons, hospitals, and companies could use the chips to track people’s locations, medical history, and to grant or deny access to rooms and documents. Many state correctional facilities are already using the technology to monitor the inmates' behavior and location. 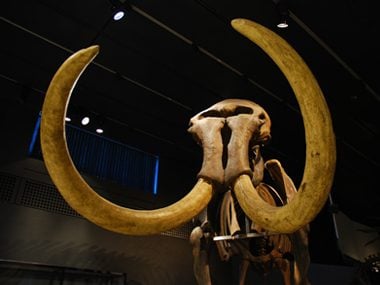 Extinct animals brought back to life

Scientists have brought the genetic material of the Tasmanian tiger, extinct since 1936, back to life by splicing it into the DNA of a lab mouse. They have yet to successfully clone an extinct animal, although they’re working hard at developing a 21st century woolly mammoth using well-preserved 10,000-year-old blood. 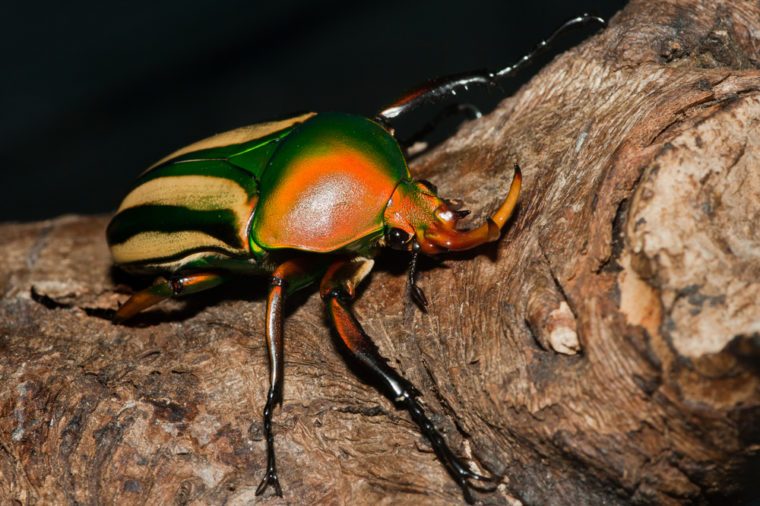 Funded by DARPA (Defense Advanced Research Projects Agency), scientists at the University of California have implanted electrodes in giant flower beetles that allow them to wirelessly signal the beetles to turn, take off, or hover mid-flight. The Department of Defense hopes to use these technological terrors to assist with search and rescue missions and for government surveillance. Check out the 17 science "facts" that are actually not true. 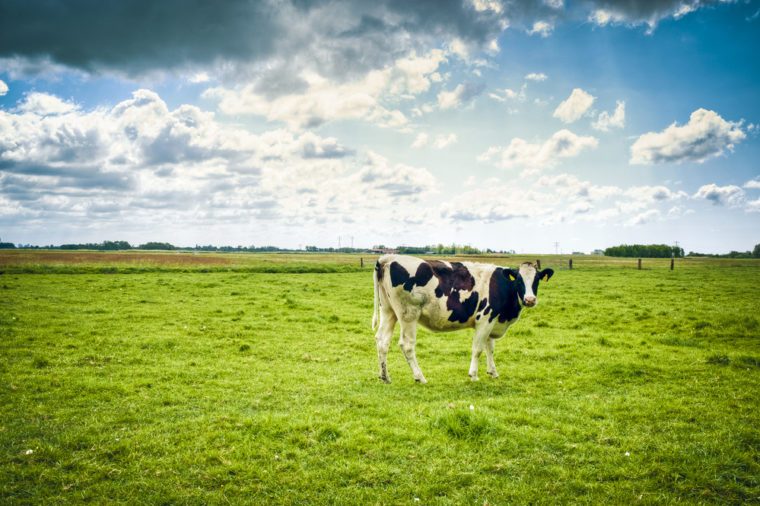 A human-cow hybrid sounds like bizarre science-fiction, but a Dutch biotech company might be bringing this phenomenon to your table sooner than you think. Scientists have genetically engineered cows so their milk contains the human protein lactoferrin, most commonly found in human breast milk. The protein fights a wide range of infections and is an excellent immune system booster; the researchers hope to create dairy products using this protein-packed milk with similar health benefits and nutrients. 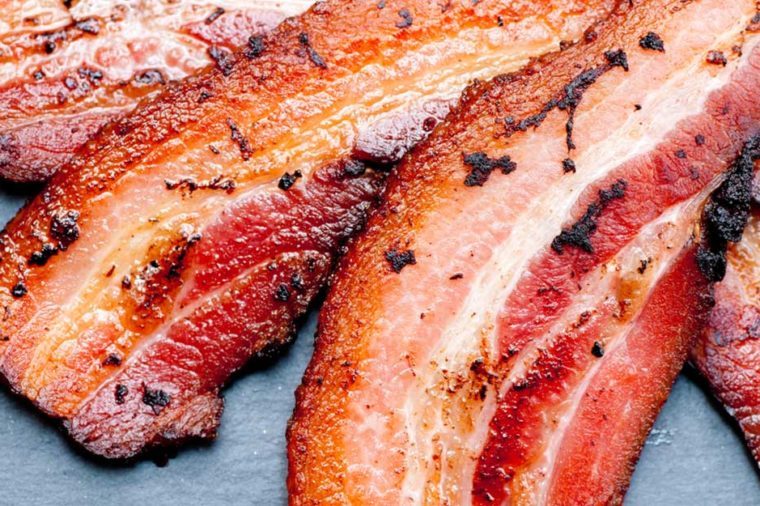 Imagine a world where bacon could be grown endlessly! Technology now allows researchers to use pig stem cells to grow pig muscle cells. The results are structurally identical to pork that's currently consumed, although the muscles do require exercise to become palatable. Lab-grown meat could have a huge impact on the planet, including feeding the hungry and reducing environmental waste from processing plants. We bet you didn't know that these world-changing discoveries resulted from complete accidents. 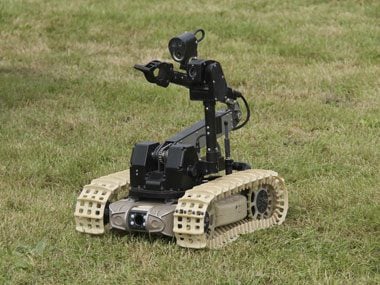 The Energy Autonomous Tactical Robot (EATR) fuels itself by using claws and chainsaws to chop down biomass that is then burned in an interior furnace and turned into steam energy. The robot was heavily criticized after false reports claimed it could feed on human corpses, forcing the Robotic Technology Inc. to release a statement that the robot is strictly vegetarian. It is funded by an agency of the Department of Defense, who hope the robot will be able to perform long-range missions without needing manual refueling. 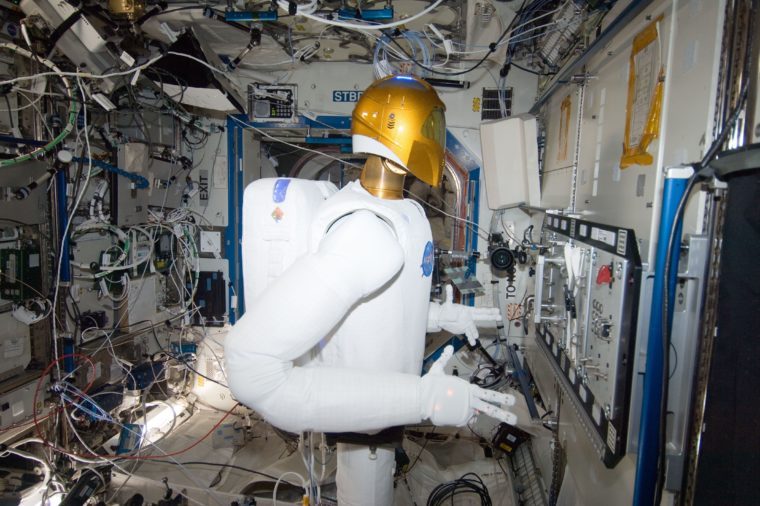 Humanoid robots that putter around fixing spaceships? It may sound like something out of a galaxy far, far away, but it's actually happening right in Earth's orbit! A few years ago, NASA developed the Robonaut, a robotic torso, head, and arms designed to help astronauts on the International Space Station with menial or life-threatening tasks. The success of the bot has been mixed—it spent a few years on the ISS cleaning things, doing tedious research tasks, and sending Earth-dwellers updates via Twitter. But then in early 2014, an attempt to upgrade it actually caused it to stop working as efficiently. In spring of 2018, Robonaut will be returning to Earth for repairs. Here are some amazing facts you never knew about the International Space Station. 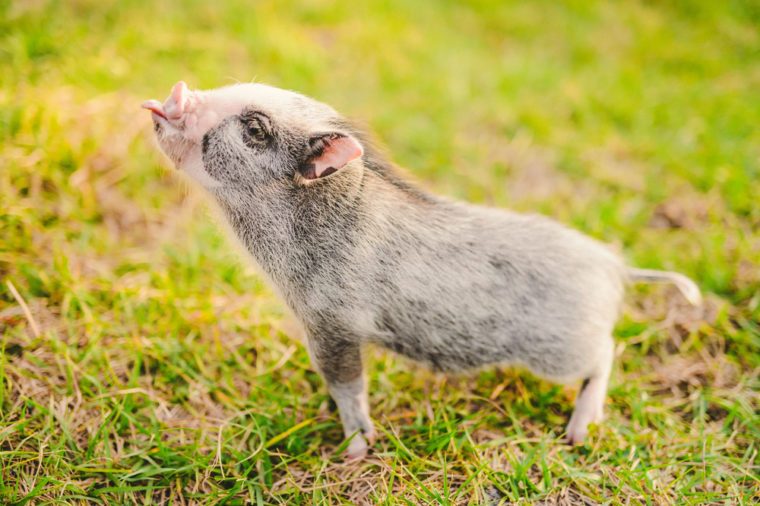 You've probably heard the hog horror stories: an unsuspecting person (like this guy!) adopts a precious-looking tiny pig. They salesperson has assured them—or perhaps they've read on the Internet—that it's a type of animal called a "teacup" or "mini" pig, and that it will stay tiny just like a small dog. But then, a few months later, their house is home to a noisy porker the size of a mastiff. With the exception of a few very rare cases, "teacup pigs" are a total sham. Or...at least they used to be.

BGI, a genomics institute in China, has figured out a way to alter the genetic makeup of a type of pig called a Bama pig, causing the pigs to remain permanently puny. The experiment was originally developed as a way to model human diseases, since pigs are more genetically similar to humans than mice are, but the scientists decided that they would begin selling the pigs for the hefty price of $1600. They even promised that they could engineer the pigs' coat colors to fit each paying customer's wishes. Some other scientists, though, were concerned about the ethics of the project and its effects on the animals' well-being. In July 2017, the company revealed that they were no longer going to market the pigs to consumers. 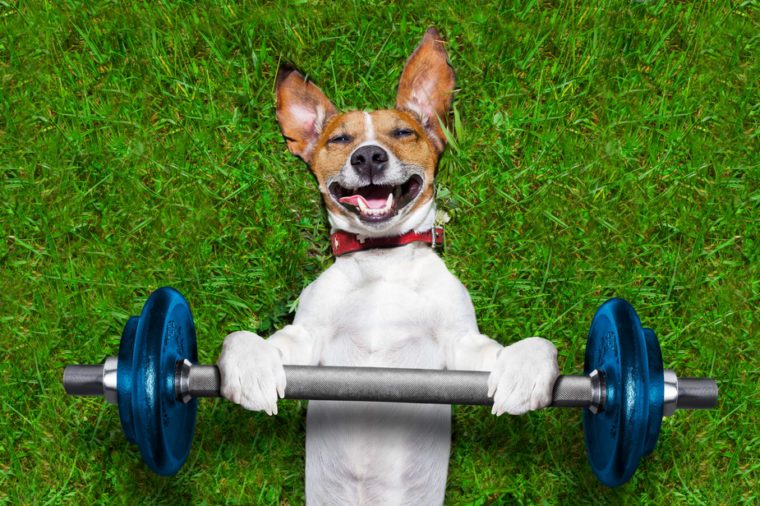 Could Underdog become more than just a comic-book fiction? Here's a bizarre experiment that toes the line between amazing and terrifying: dogs with twice the normal muscle mass. In 2015, genetic engineers at China's Nanjing University developed a way to delete the myostatin gene, which slows muscle growth in animals, from dog embryos. The resulting power pups, Hercules and Tiangou, became the first-ever dogs with edited genes. Scientists hope the experiment will help lead to a treatment for human diseases like muscular dystrophy. Here are the 10 weirdest scientific studies ever. 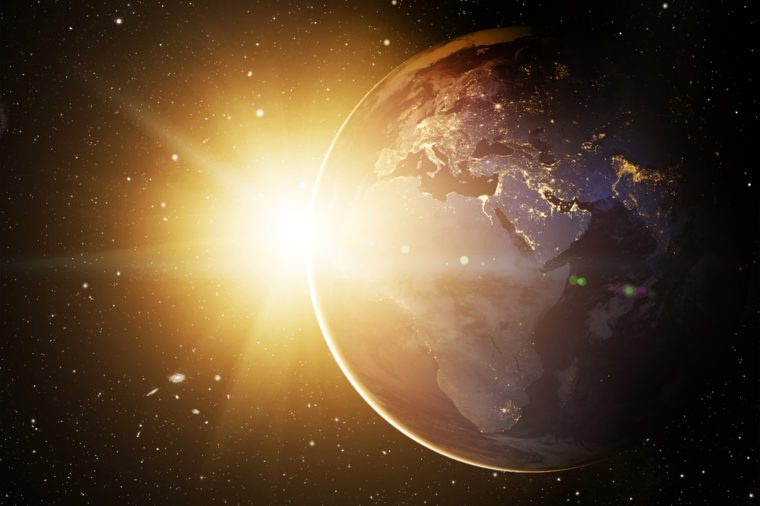 Lasers that can turn Earth invisible

Whether or not we're alone in the universe remains one of the cosmos' biggest unsolved mysteries. But that hasn't stopped scientists from trying to figure out what to do just in case there are some little green men out there that turn out to be not-so-friendly. Astronomers at Columbia University assessed the way we Earthlings find other planets. When we find a star somewhere out there in the cosmos, we look for tiny dimmings in its brightness, which can indicate that a planet is orbiting it. So the astronomers proposed that, by using lasers to counteract our own sun's dimness, we could hide ourselves from anyone looking. They claimed that, not only could be theoretically do it, we do indeed have the technology capable of doing it. Cloaking an entire planet? Sounds like sci-fi to us, but there's a chance it could become a reality. While science has accomplished a lot, there are still lots of baffling mysteries that have yet to be solved.