The drivers paid for the following cars over a span of three and a half hours in Scottsburg, Indiana. 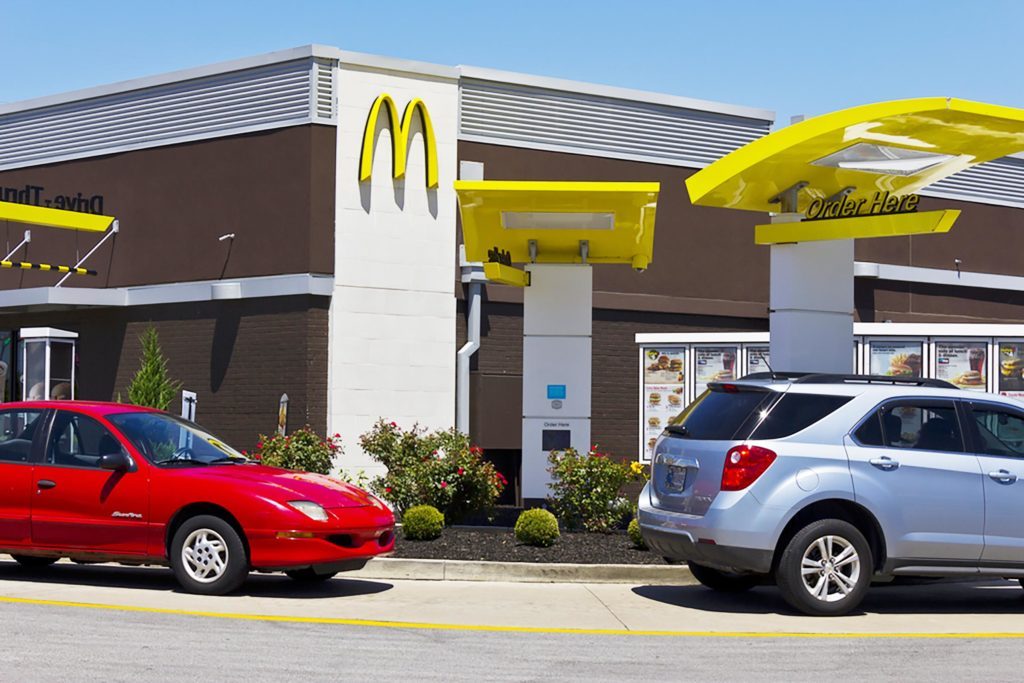 Jonathan Weiss/ShutterstockThis past Father’s Day, one woman in Scottsburg, Indiana took the liberty of paying it forward. Her gesture was contagious, and the generosity spread—167 times over.

At the small-town Indiana McDonald’s around 8:30 p.m., reports local news channel WDRB, the chain reaction began with one restaurant regular, who saw a father with four kids in the vehicle behind her in the drive-thru.

“He had a bunch of happy meals, two Quarter Pounders, a Big Mac meal and some other stuff,” said observer Hunter Hostetler to WDRB. “She was like, ‘I’m going to pay for the father.'”

The father took a cue from the woman who had paid for him, and in turn, he paid for a couple of cars behind him. The domino effect spilled over all the way till midnight.

“It’s a great feeling to know that there’s a lot of great people out there still,” Abby Smith, car 161 and yet another lucky customer, said to WDRB. “I though it was pretty amazing.” Indeed, it was a pretty incredible Father’s Day in Scottsburg this year.

Perhaps best of all, this story is just one of many; random acts of kindness are alive and well in small nooks and corners of the nation. Everywhere from the random grocery donor in Idaho to the chronic card writer in Minnesota to the formerly homeless woman who paid for a customer’s gift in Maryland, people are showing strangers how much they care every day, in big and small ways.

In fact, Reader’s Digest has an ongoing campaign to find the nicest places in America, and we’re highlighting the spots with the most compassionate folks around.

To vote for the most pleasant setting in the country, use the hashtag #NicestPlaceinAmerica on Facebook and Twitter, and the winner will be featured on the November print issue of Reader’s Digest.

Because kindness, it seems, is far from an anomaly.

Ashley Paige
Ashley Paige is a writer from Michigan with a penchant for spicy tea, naps and a little nonsense. On rainy Saturdays, you'll find her curled up with her Kindle, surrounded by an impressive collection of handcrafted candles. She never misses an opportunity to dote on her dog, whom she loves absolutely.