16 Surprising Things You Never Knew About the Emmy Awards

The glitz and glam of the Emmy Awards dazzle each year, but how much do you really know about this long-running awards ceremony? 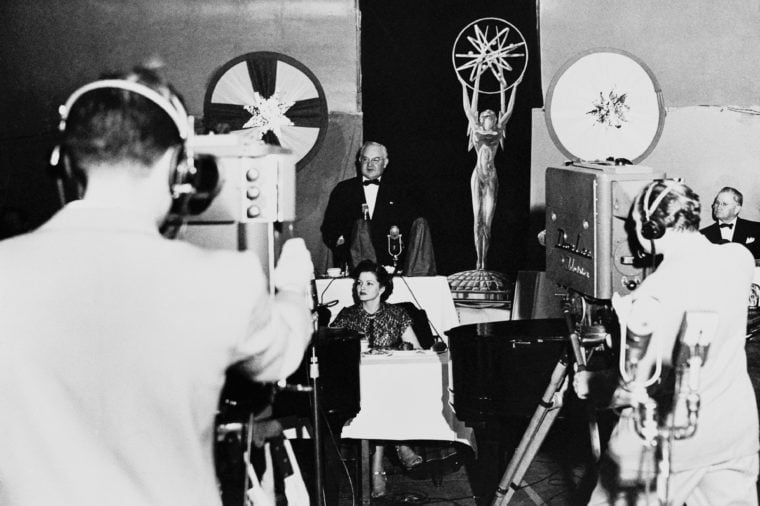 Six awards were given out at the first ceremony

The very first Emmy Awards, held on January 25, 1949 at the Hollywood Athletic Club, was a low-key affair compared to today's spectacle. Tickets to attend cost just $5, and only six awards were handed out that night. Original award categories included Most Popular Television Program, Best Film Made for Television, and Most Outstanding Television Personality, among others. Learn more about the humble beginnings of famous award shows. 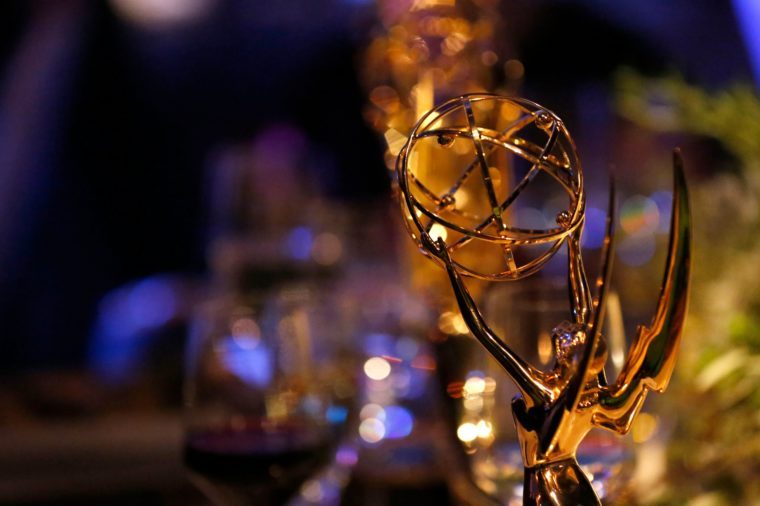 Winners must pay $400 for their own statuette

Some Emmy award winners must fork over a pretty penny if they wish to take home a statuette. Because each trophy costs an estimated $400 to make, the Television Academy often charges extra fees if certain winners (such as large writing teams) want to receive multiple statuettes. You probably didn't know these surprising things about the Academy Awards, either. 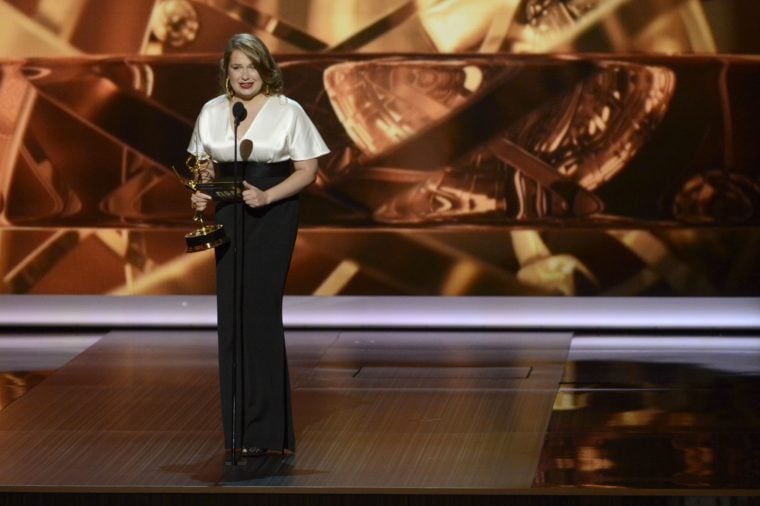 Actress Merritt Wever pulled off a major win in 2013 for her supporting role in the TV show Nurse Jackie. But when she took the stage to accept the award, Wever kept her remarks short and sweet. Her acceptance speech totaled just 11 words: "Thanks so much. Thank you so much. I gotta go. Bye." Looking for something more eloquent? Don't miss these inspiring Oscar acceptance speech quotes. 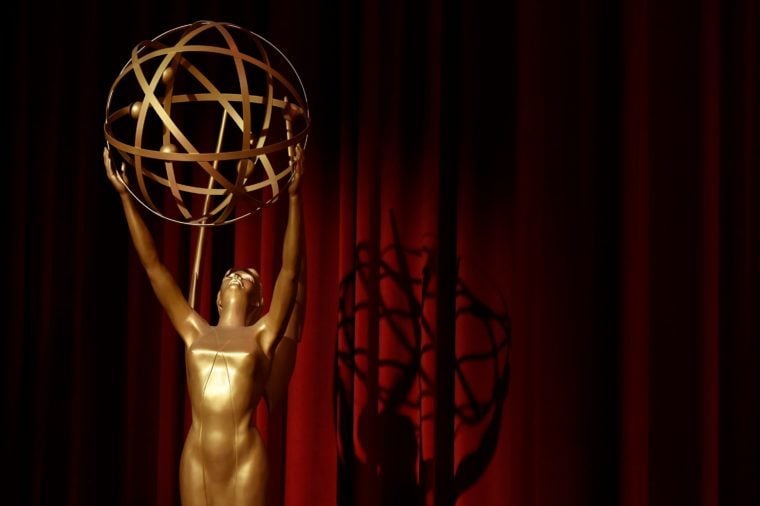 The Emmy statuette is modeled after a TV engineer's wife

Emmy Award founder Syd Cassyd rejected 47 design proposals for the Emmy's famous statuette before he finally settled on the one we all know and love today. The design featured a woman with wings to represent the arts, holding an atom to symbolize the sciences. Louis McManus, a television engineer and the design's creator, had modeled the figure after his wife. Find out why the Oscar is a statue of a gold man, too. 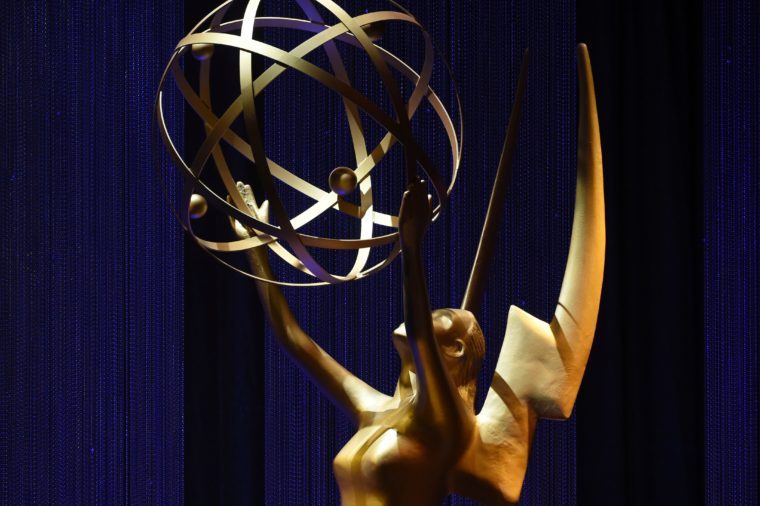 At the first Emmy Awards ceremony in 1949, 20-year-old Shirley Dinsdale became the first person to receive an Emmy (along with her puppet, named Judy Splinters) for her role as a ventriloquist in a popular variety show. The two leading ladies later starred in a children's show named after the puppet. 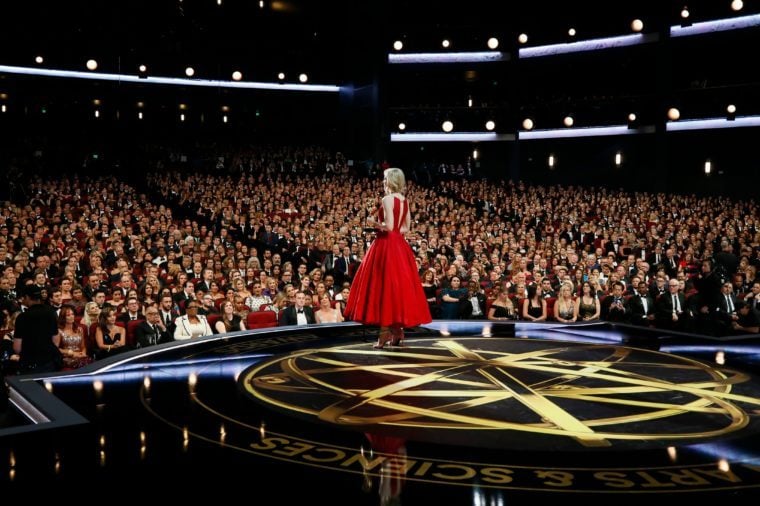 Racking up Emmy awards isn't all fun and games. In fact, television networks shell out big bucks just to get their series nominated for a prize. It is estimated that each network pays between $150,000 to $500,000 before they even arrive at the ceremony, covering the Television Academy's fees and costs of producing and distributing DVDs (among other things). 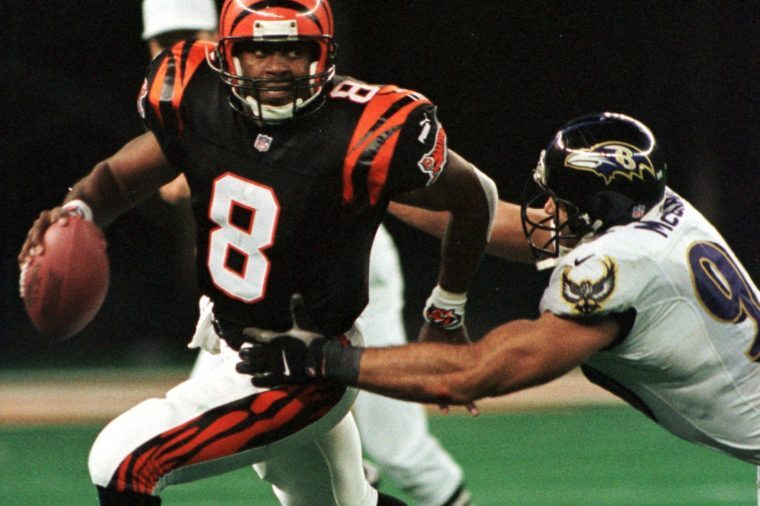 Actors and television shows are not the only winners on Emmy night; televised football's yellow first-down line, also called 1st & Ten, was once honored too. Developed by technology company Sportvision and ESPN, the graphic debuted in 1998 during a game between the Baltimore Ravens and the Cincinnati Bengals. It won two Emmys for technical achievement that year. 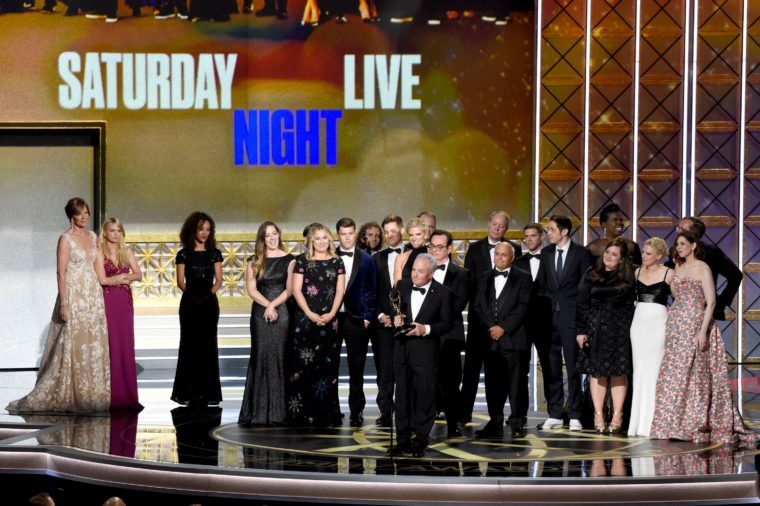 Saturday Night Live is the most-decorated show in Emmy history

Saturday Night Live boasts the most Emmy victories ever, beating out favorites like the Academy Awards itself and the Olympics broadcast. Since its first telecast in 1976, the sketch comedy show has received 76 wins and a whopping 270 nominations, in categories ranging from directing to writing. Check out more TV shows that changed the world. 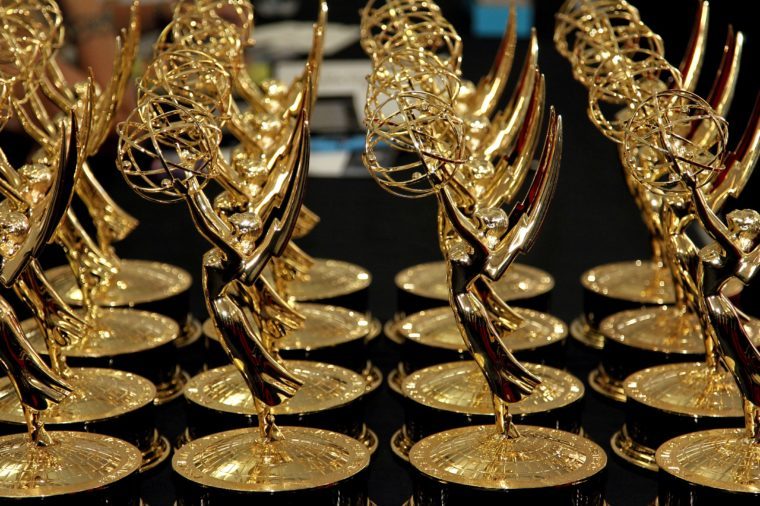 It takes over five hours to make one Emmy statuette

Employees at R.S. Owens, a Chicago-based manufacturing shop, spend five and a half hours molding and coating every statuette in copper, nickel, silver, and gold. At the end of the day, the statuettes weigh in at nearly seven pounds each. You'll never guess who almost played these iconic TV roles. 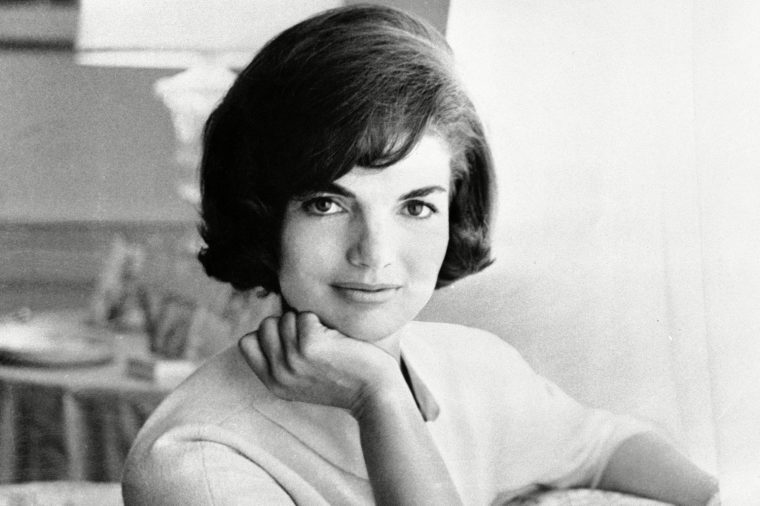 Jackie Kennedy was the first (and only!) First Lady to receive an Emmy award

Jackie Kennedy's famous televised tour of the White House in 1962 earned her an Emmy nod, making her the first and only First Lady of the United States to ever win the award. Lady Bird Johnson, the wife of then-Vice President Lyndon Johnson, was in attendance and accepted the award on Kennedy's behalf. The statuette is now displayed at the JFK Presidential Library in Boston.