Some of America's national treasures actually hail from our northern neighbor. For Canada Day, July 1, let's celebrate these celebrity Canucks! 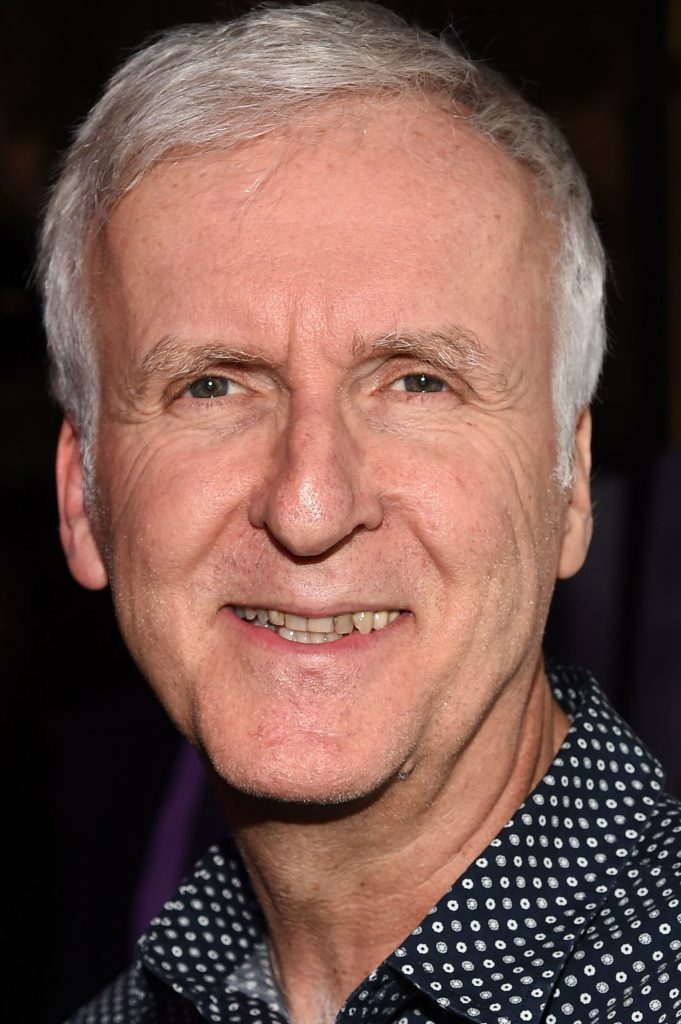 Director of Titanic and Avatar, explorer, and environmentalist James Cameron grew up in Ontario. The only person to make a solo trip to the Mariana Trench, the deepest spot in the ocean (and all of Earth), Cameron first discovered his love of exploring in Canada. "It's some combination of the actual tactile experience of it and a sense of exploration…having a solitary experience that's meaningful in some deep psychological way," he told Canadian Geographic, remembering his first open-water scuba dive in Ontario's Chippawa Creek with a rope around his waist and his father holding the other end on the pier. In between directing gigs, Cameron, a vegan, also recently invested in a Canadian pea processing plant in Saskatchewan. 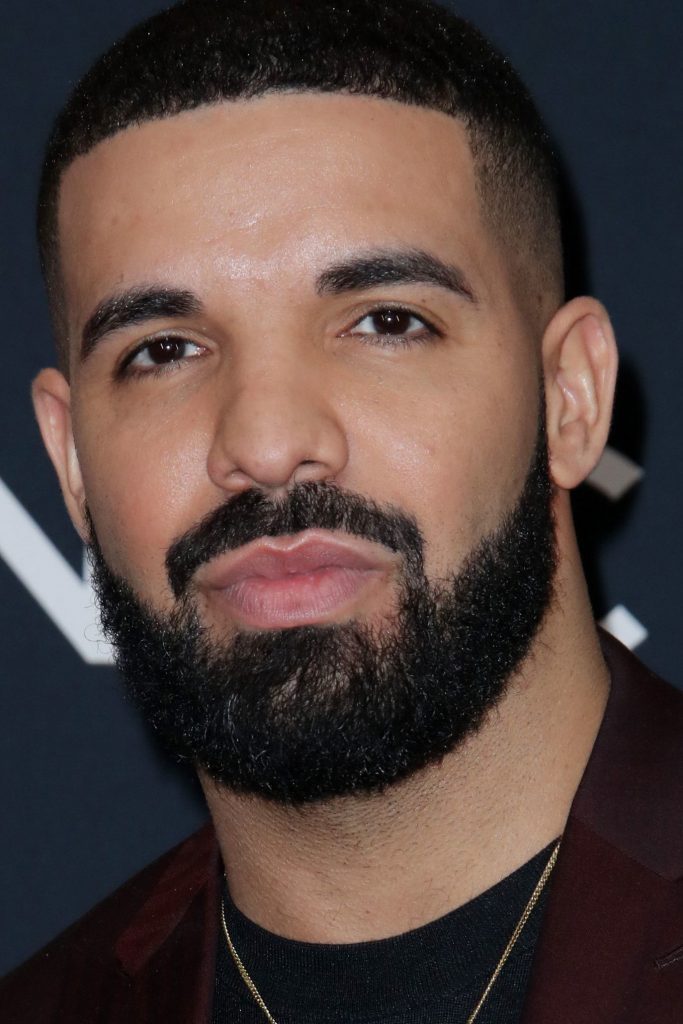 The Canadian rapper, born Aubrey Drake Graham, has so much love for his home country he even got a tattoo of Toronto's CN Tower on his inner arm. "Toronto with me always," he posted of it on Instagram. He also co-founded a Canadian record label, OVO Sound, and is currently the biggest (some might say most annoying) Toronto Raptors fan as the team headed to the NBA finals. Drake got his start acting on the Canadian teen show Degrassi: The Next Generation before venturing into music. Although he says many U.S. fans have been surprised to find out where he comes from, "I wouldn't have it any other way—I'm from Toronto, a place where it's a true mosaic and the most open-minded place you could possibly find yourself," he told CBC News. "[But for others,] they were like, 'You're Canadian? You're Jewish? You're half-black?' It was mind-blowing to them." 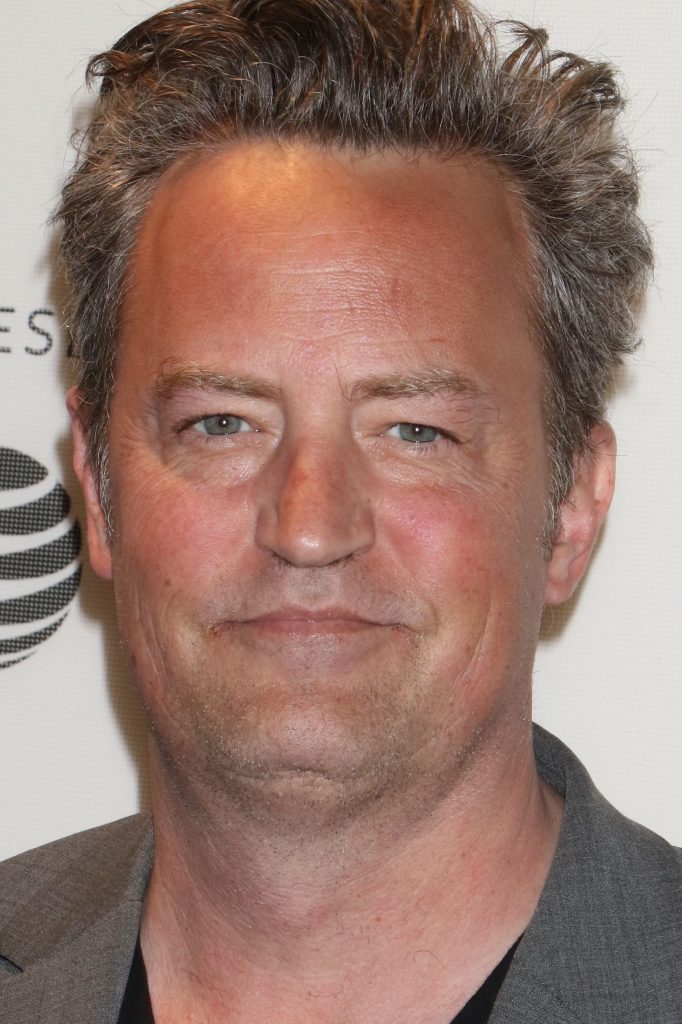 Friends might have been set in New York, but star Matthew Perry grew up in Ottawa. He was actually a classmate of current Canadian Prime Minister Justin Trudeau—and even admitted to bullying him in fifth grade. "I think he was excelling in a sport that we weren't, so it was pure jealousy," he told Jimmy Kimmel Live. "I'm not bragging about this, this is terrible. I was a stupid kid." Trudeau seems to have gotten over it, though: "I've been giving it some thought, and you know what, who hasn't wanted to punch Chandler? How about a rematch?" he lightheartedly tweeted at Perry. "I think I will pass at your request for a rematch kind sir (given that you currently have an army at your disposal)," Perry replied. Fun tidbit: Perry's mother was press secretary to former Canadian Prime Minister Pierre Trudeau, Justin's father. Here are 20 more facts you never knew about Canada. 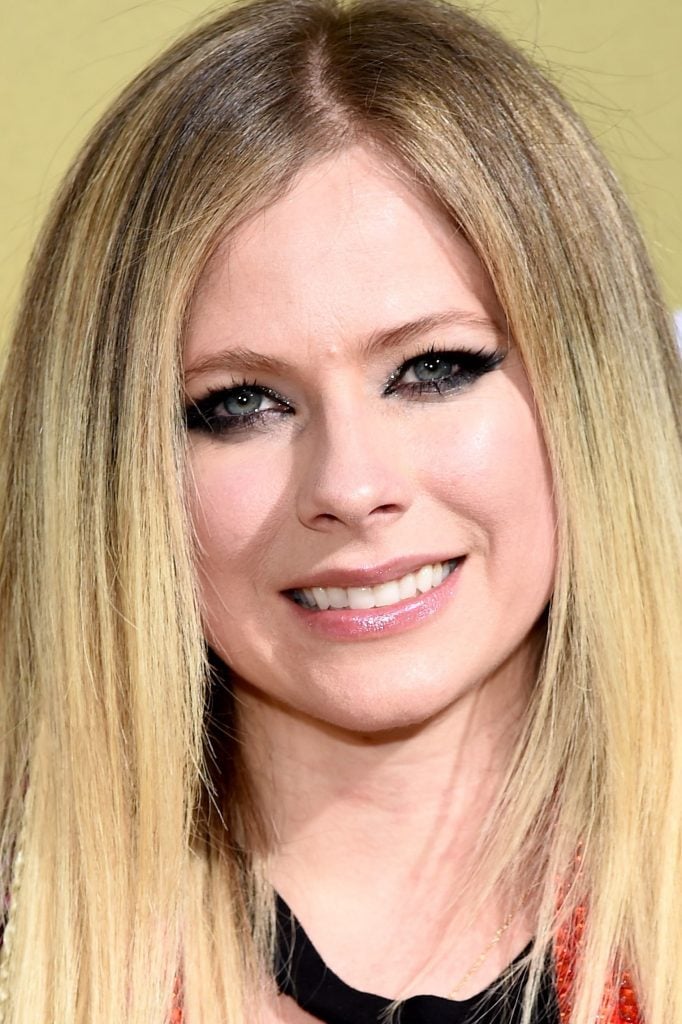 Rocker Avril Lavigne hit the Canadian music scene as a teen in a very unusual way. "I sang with [fellow Canuck singer] Shania Twain when I was 14," she told Billboard. "I won a local radio contest by submitting a tape of me singing." Bucking the image of the "polite" Canadian, Lavigne's rebellious attitude made her a hit in her native country and in the United States. The singer-songwriter from Ontario recently released her first album in over four years, Head Above Water, after a serious battle with Lyme disease. 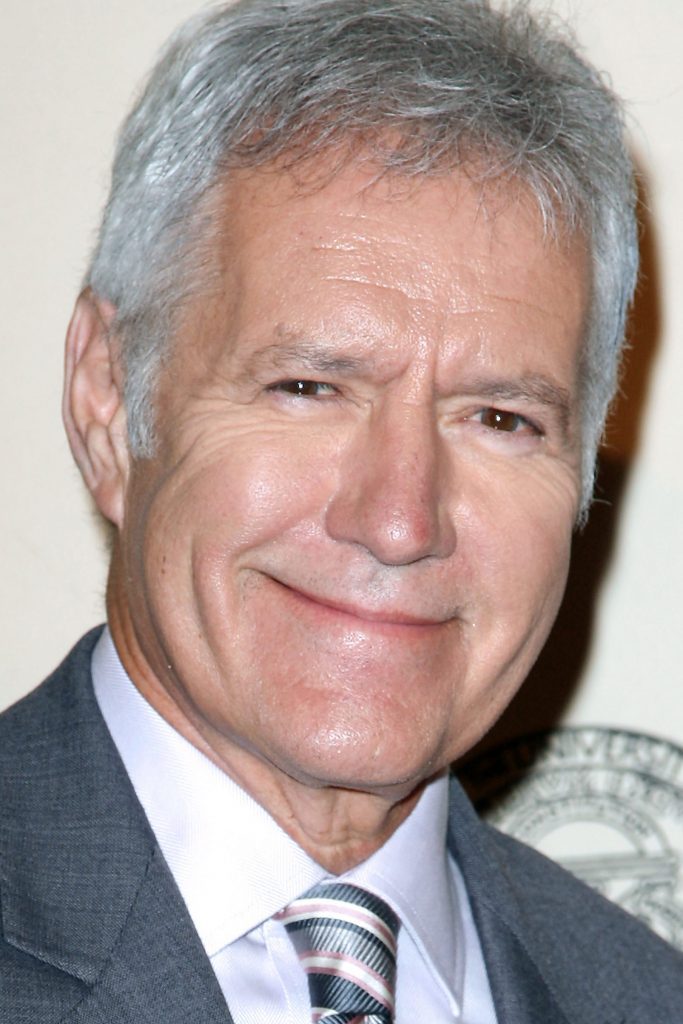 The Jeopardy! host might owe his wealth of knowledge to Canada: He went to the University of Ottawa and is honorary president of the Royal Canadian Geographical Society. In a recent CBC News interview, he even credited his Canadian upbringing with helping him through chemotherapy for pancreatic cancer. "I'm Canadian, I played hockey," he said in reference to his treatments. "I'm a tough guy." Trebek actually got his start at the CBC, as a news, weather, and sports announcer. 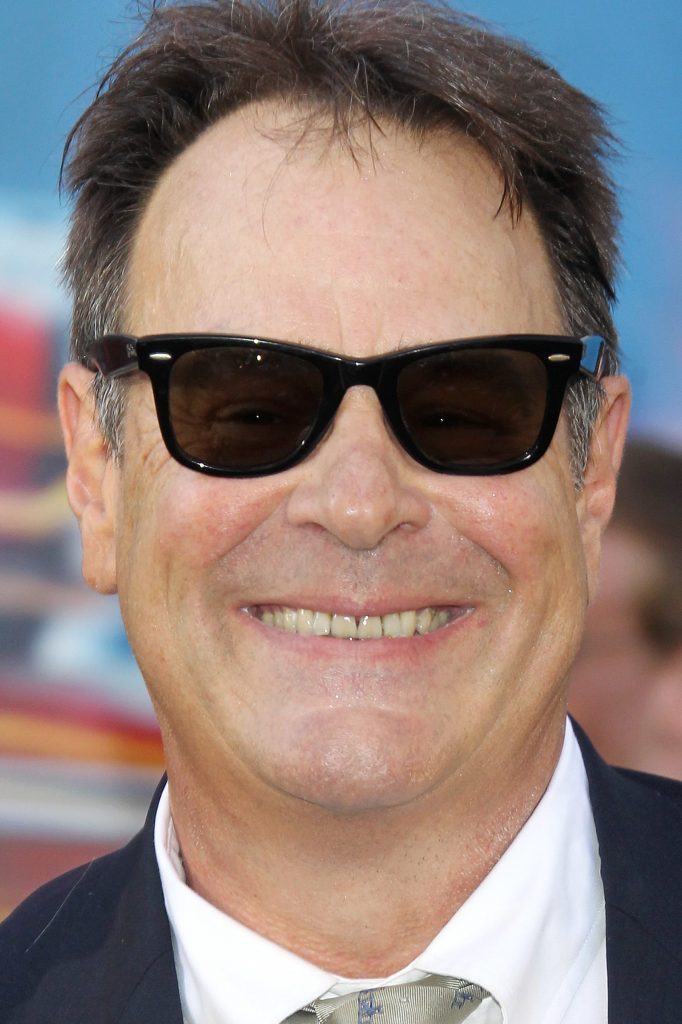 The list of famous Canadian comedians is endless: Jim Carrey, Mike Myers, Howie Mandel, Martin Short, and so many others, including Dan Aykroyd. Is there something in the Canadian water that makes them funny? It may have to do with Toronto's The Second City comedy troupe. "My experience at Second City was in a fertile time for Canadian comedy," Aykroyd told Canadian Living. "You have to know we had fun with that first Toronto cast, which included [John] Candy, [Gilda] Radner, [and Eugene] Levy." The Ghostbusters star also fondly remembers the Canada Day centennial in 1967, for which his father was the director of publicity. Fittingly, July 1 is also Akyroyd's birthday. "Canada will always be my home and ultimate domicile—it's where I intend to reside after quitting work," he says. 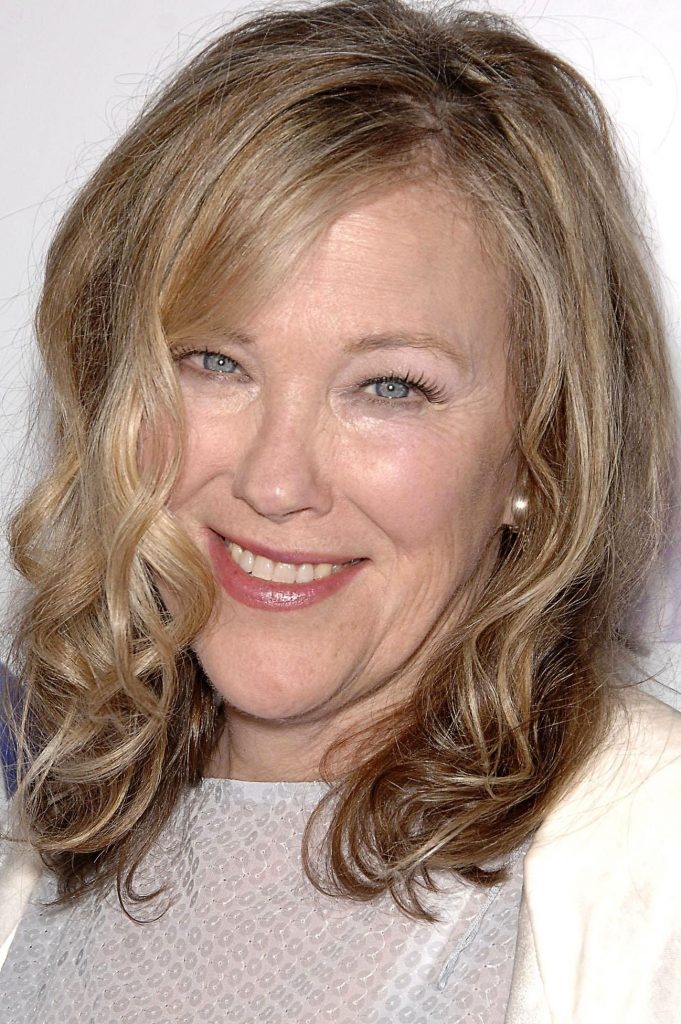 We can't forget the female Canadian comedians, who include My Big Fat Greek Wedding's Nia Vardalos, TV host Samantha Bee, Caroline Rhea, and Catherine O'Hara, also a Second City alumnus. O'Hara currently stars in the Canadian fish-out-of-water sitcom Schitt's Creek, which became a sleeper hit with U.S. audiences through streaming service Netflix. (Funnily enough, fans have been wondering if the show takes place in the United States or Canada, but the creator recently cleared it up: It's Canada.) Unlike her Schitt's Creek character, O'Hara fondly remembers visiting rural Canada as a child. "When I was growing up, my parents rented a cottage every year, and I inherited their love of the country," she told Toronto Life. "My husband and I are so fortunate to have found our cottage [in Muskoka, Ontario] 20 years ago." 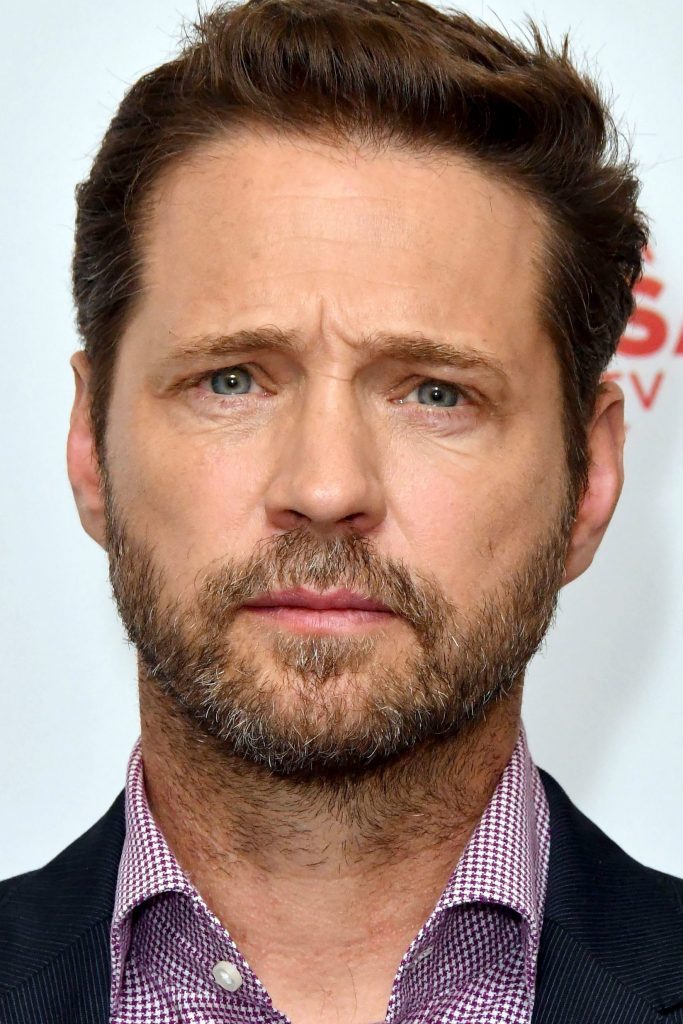 He may be famous for Beverly Hills, 90210, but Jason Priestley actually comes from Vancouver, Canada. If American audiences have been wondering what the actor has been up to lately, he's been starring in the Canadian TV series Private Eyes in Toronto (U.S. viewers can catch it on ION network). "We really go out of our way to showcase Toronto, and all of the thing that Toronto has to offer," he told CBC radio about the show, in which he plays a retired hockey player-turned private investigator. The hockey connection to his character isn't lost on Priestley. "I played hockey my whole life until my ambition outstripped my ability, which happens to most Canadians around 15 or 16 years old," he told Indie Wire. U.S. audiences can also catch Priestley on the Beverly Hills reboot, BH90210, beginning August 7 on Fox—the show is reportedly being filmed in North Vancouver, Priestley's hometown. 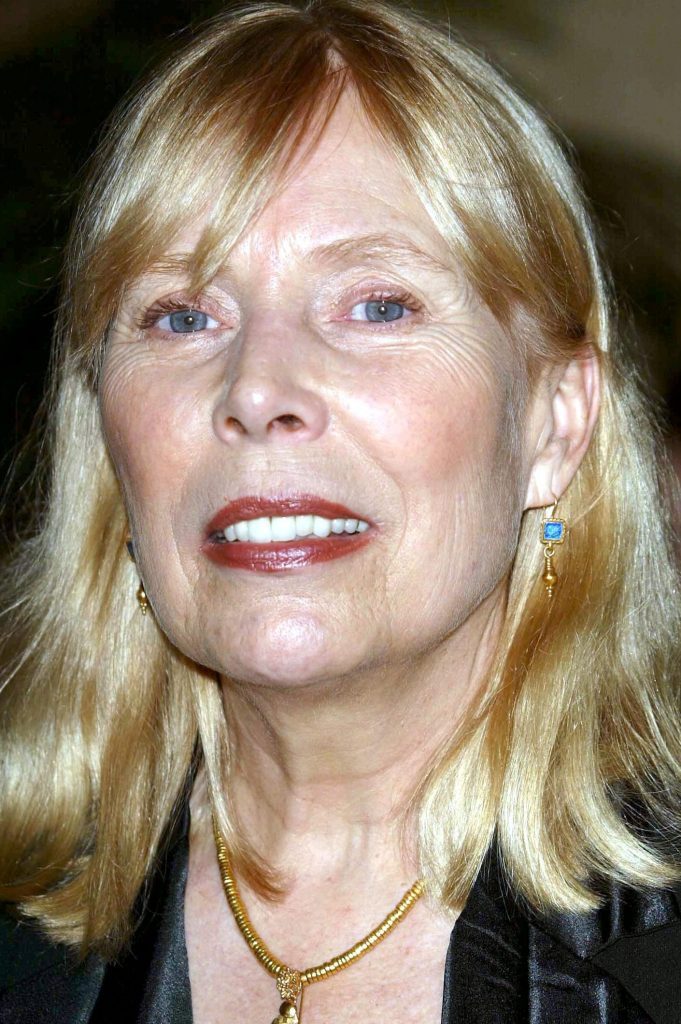 The folksy sound of singer Joni Mitchell may be drawn from the Canadian culture and landscape itself. In "Case of You," she sings, "I drew a map of Canada, O Canada." Born in Saskatchewan, Mitchell recently had a waterfront park named in her honor in Saskatoon, the largest city in the province and where Mitchell first started playing. "My years there were glorious, really—I loved growing up in Saskatchewan," she told Reader's Digest in 2005, when she released her ode to her home province, Songs of a Prairie Girl. "We always lived on the edge of small towns, so I had the luxury of riding my bicycle into the country, looking for beautiful places, which usually constituted a grove of trees." Mitchell would go on to inspire fellow Canadian female singer-songwriters Alanis Morissette, Diana Krall, and Sarah McLachlan. 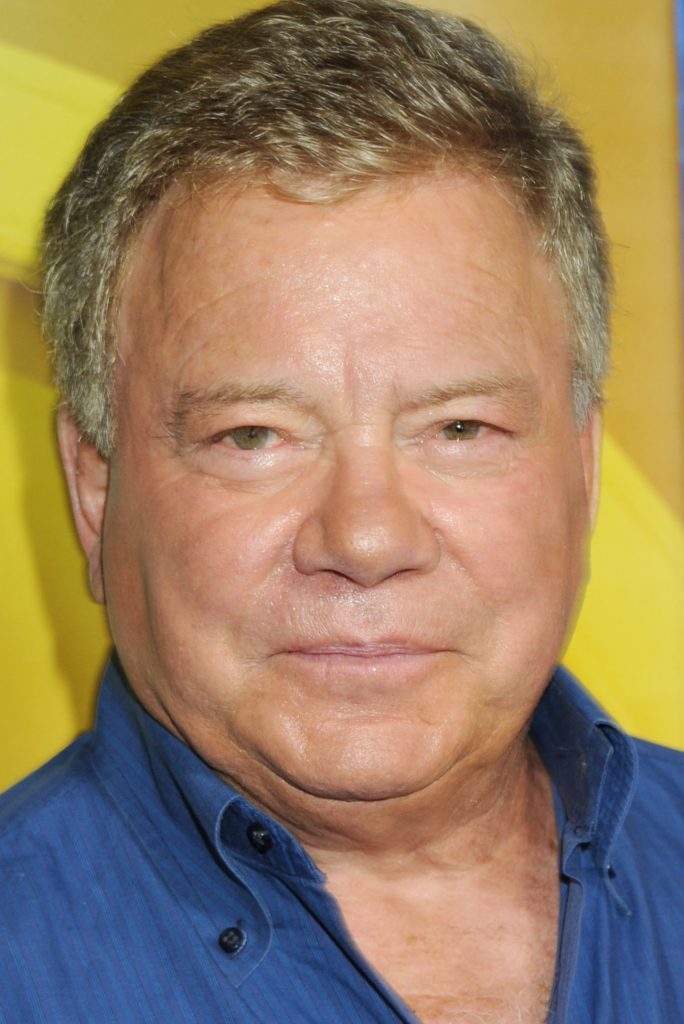 Beam him up—up to Canada, that is. Star Trek's original Captain Kirk hails from Montreal. "I love to go through customs in between Canada and America, because the Canadian customs officers always look at my passport and say, without exception, 'I didn't know you were Canadian,"' Shatner told CTV News. Readers of The Atlantic also crowned him King of Canada. In an interview with the magazine, the singer and Priceline spokesperson joked, "I think Canada is in danger of being overrun by people from all over the world who think it's the best country on the face of the Earth."