Hint: It has to do with our Founding Fathers! 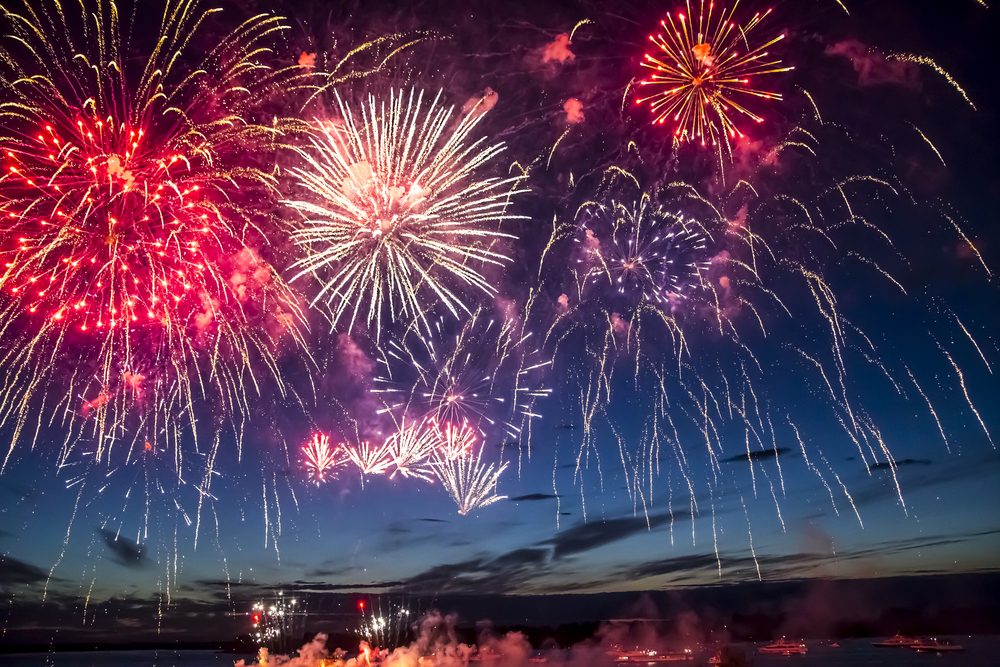 Every Fourth of July, sparkly fireworks illuminate the sky. But, haven’t you always wondered why it’s a tradition to set off explosions of light in the sky on Independence Day? It’s certainly a day for celebration, but why fireworks? Why not just stick to barbeques and all things red, white, and blue? Well, you can thank famous historian John Adams for it.

Before the Declaration of Independence was even signed, John Adams wrote in a letter to his wife that the occasion of America’s freedom “ought to be solemnized with Pomp and Parade, with Shews, Games, Sports, Guns, Bells, Bonfires and Illuminations from one End of this Continent to the other from this Time forward forever more.” And so, it was.

The first Fourth of July fireworks were set off in 1777 in Pennsylvania and Boston one year after the Declaration of Independence was signed. The Pennsylvania Evening Post reported that “the evening was closed with the ring of bells, and at night there was a grand exhibition of fireworks (which began and concluded with thirteen rockets) on the Commons, and the city was beautifully illuminated.” Boston still has one of the most spectacular fireworks shows on the Fourth and it’s unique history definitely plays a part in that.

By 1783, fireworks started to become available to the public and the sky become even more illuminated on the Fourth. The bright colors and loud bangs are the perfect way to celebrate America’s freedom year after year and after the huge amount of behind the scenes and preparatory work that goes into a fireworks display, the sky will be lit up spectacularly once again this July 4th.