These celebrated people emerged from plague, exile, months of bed rest, or wartime occupation with some seriously incredible work. 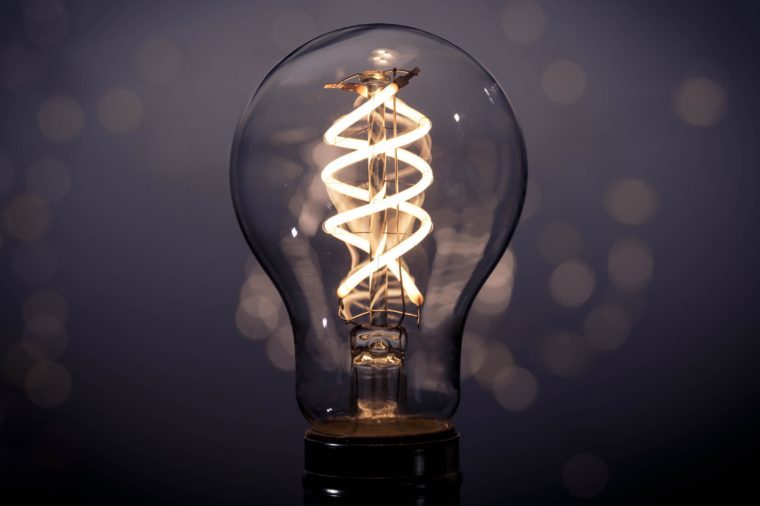 As people around the world continue to stay indoors in efforts to slow the spread of COVID-19, many are aspiring to tackle boredom by producing a creative work. And people are sharing stories about how several well-known geniuses actually produced some of their masterpieces while in quarantine or another type of forced isolation—and some of these stories are true! Of course, as many people on the Internet are pointing out, it's important not to feel pressured to produce the best work of your life or finally complete a lifelong goal. But maybe these accounts of notable people producing some incredible works, in situations similar to the one we're in right now, will help provide a little bit of hope that something good could come out of this tough period. And for a little more levity, check out these secret messages painters hid in their world-famous paintings. 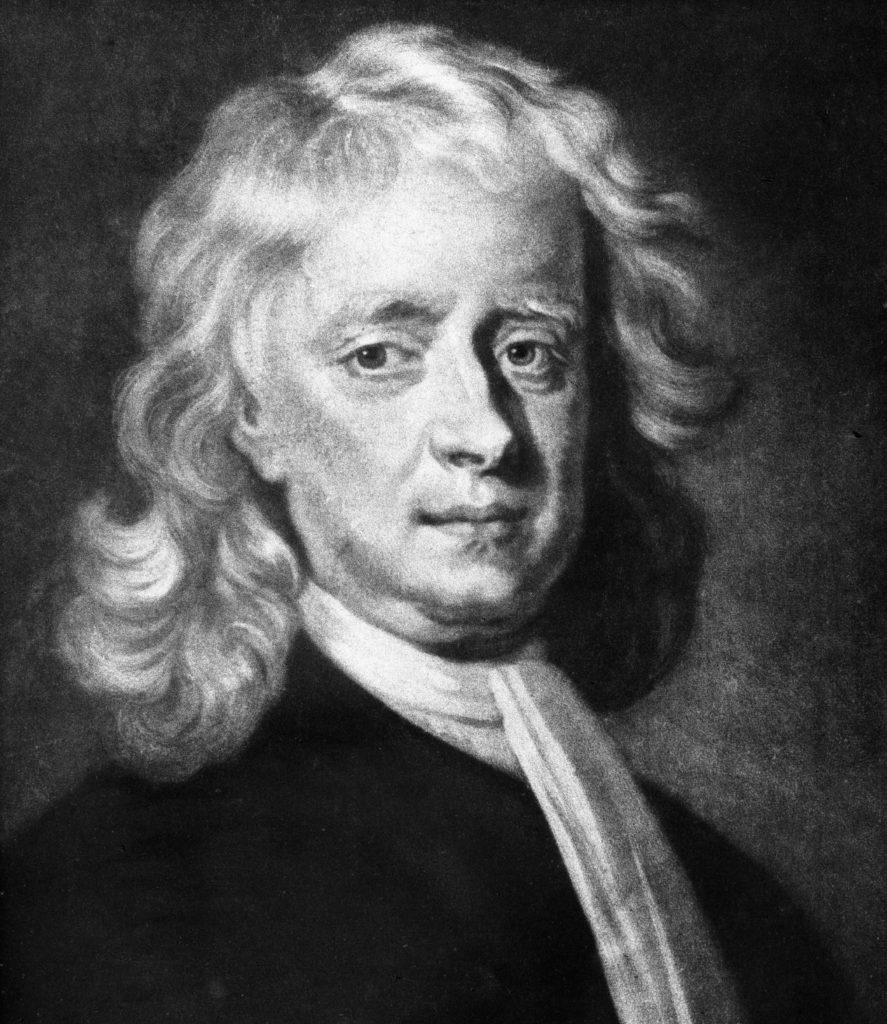 One of the most widespread claims on the Internet right now is that Sir Isaac Newton was in isolation when he came up with his theory of gravity. And it's accurate! In 1665, when Newton was a student at Cambridge, London was experiencing its last major epidemic of the bubonic plague. Newton retreated to Woolsthorpe Manor, an hour away, where he spent 18 months, putting his nose to the grindstone and did some serious studying. His theory of gravity found its inception here, and he also wrote some of his papers on the as-yet-undiscovered calculus. What's more dubious is whether his gravity epiphany was triggered by an apple falling on his head, one of the famous moments in history that didn't actually happen. 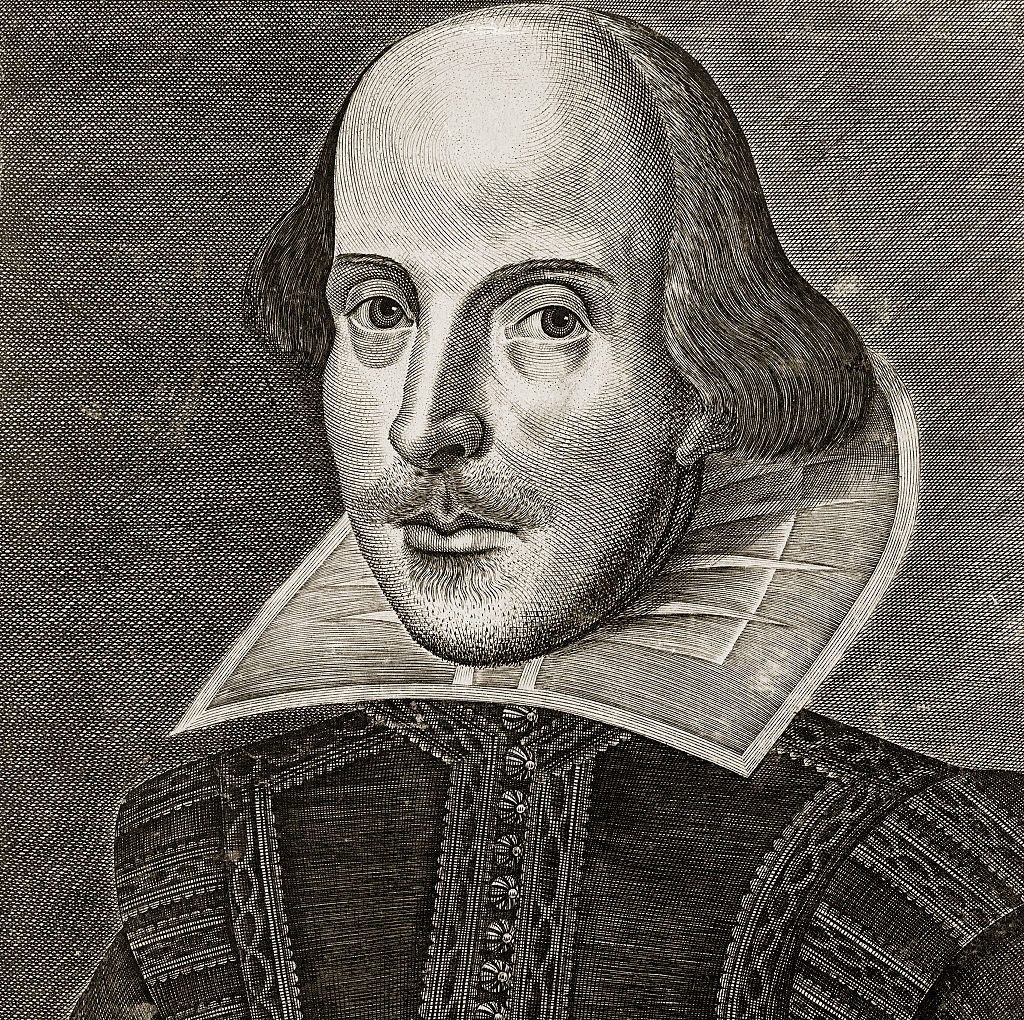 Another claim that's everywhere right now? The Bard himself wrote King Lear while in quarantine. While this is impossible to fully prove, it is true that Shakespeare experienced many periods of plague during his life. Unfortunately, there's no evidence that the man himself was ever in quarantine, but throughout some of his most productive times, the city of London was shut down due to bubonic plague outbreaks. This included theaters, which, according to the Guardian, were closed en masse during Shakespeare's most prolific decade as a writer, 1603–1613. Shakespeare reportedly wrote several poems, including Venus and Adonis, during theater closures. And the first performance of King Lear, in late 1606, certainly did come on the heels of a London outbreak that summer. Love Shakespeare? See if you can identify him and these 9 other famous geniuses by their offices. 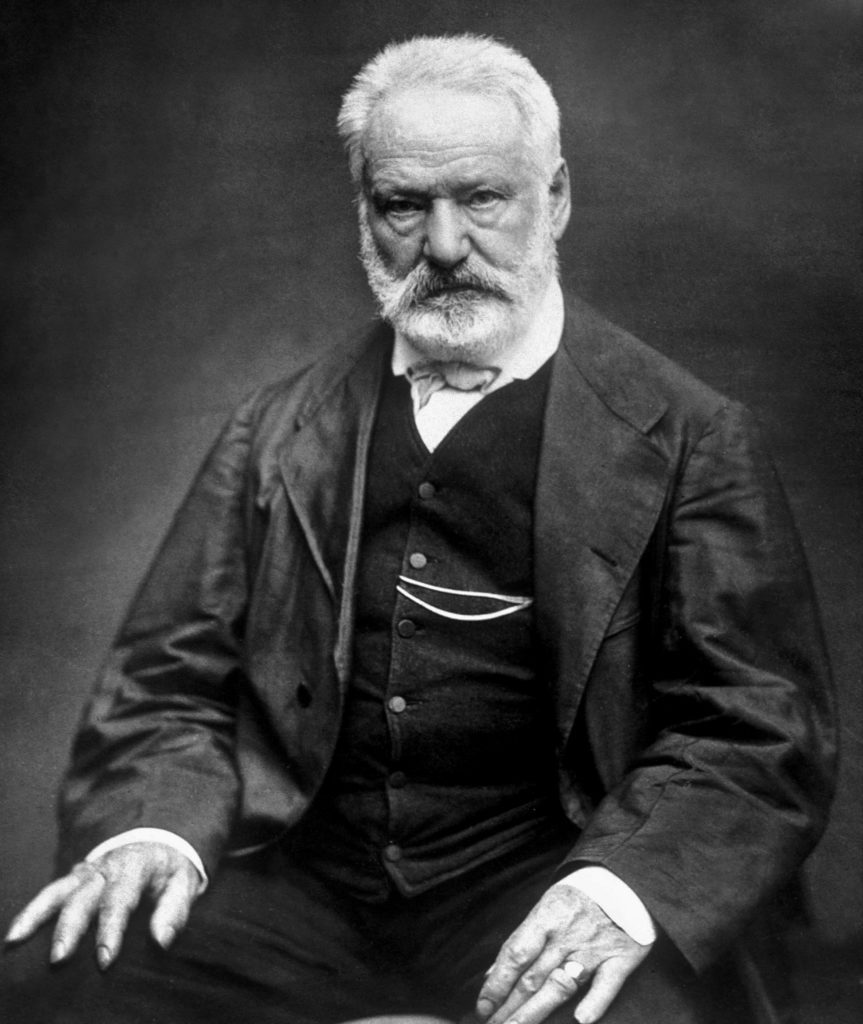 Ever heard of Les Misérables? We thought so. Before it was a blockbuster musical, it was a massive tome written by French author Victor Hugo. But in 1851, Hugo was quite disenchanted with the state of things in France. He was a vocal critic of Napoleon III and went into exile to avoid punishment. His exile took him from Belgium to the island of Jersey in the English Channel to the nearby island of Guernsey. In all, he spent nearly 20 years away from his home country and did a whole lot of writing. In addition to three books of poetry, he cranked out the majority of Les Misérables—he'd begun it years earlier, but during his exile, he saw it to completion. While away from and disenchanted with France, he wrote one of the masterpieces of French literature. How about that? 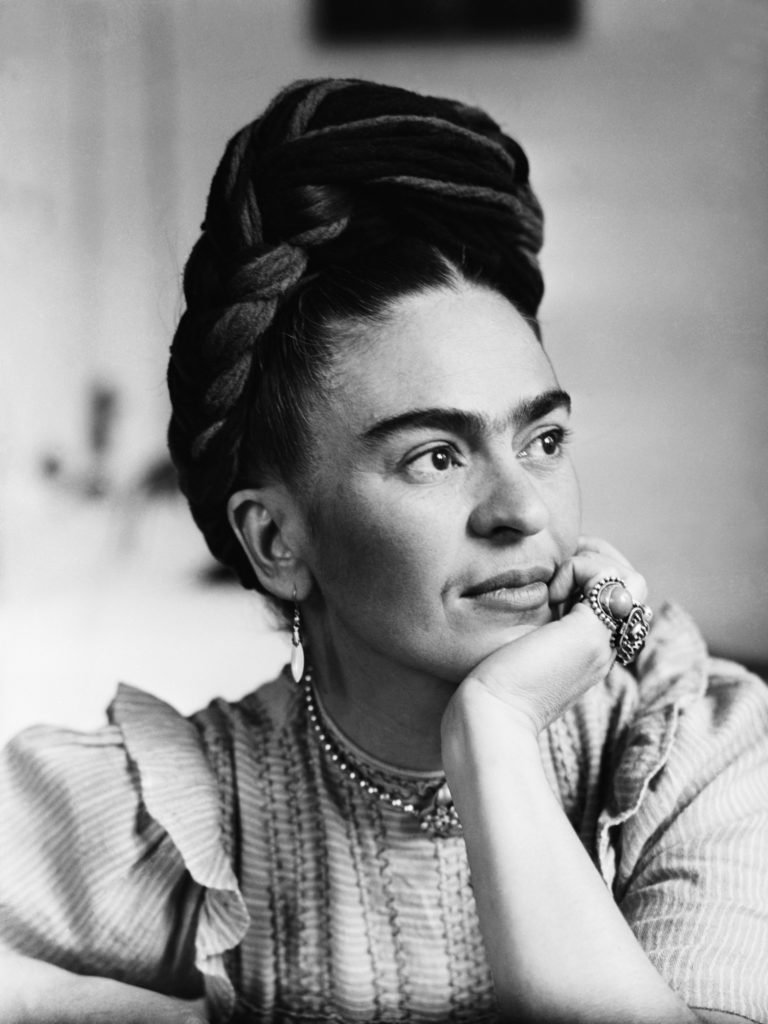 The famous Mexican artist endured some serious misfortune. For one thing, she contracted polio at age six, resulting in her first lengthy period of forced bed rest. About 12 years later, Kahlo, now a student, was riding a bus that collided with a streetcar. She suffered serious injuries from the crash, including a fractured spine and pelvis. After a hospital stay, there she was, confined to her bed again. But historians speculate that it was this healing period that fully cemented her love of art (until then, she'd been studying medicine!). She painted her first self-portrait while in recovery—according to biography.com, she actually used the mirror above her bed for reference. Want to sharpen your smarts during self-quarantine? Here are some of our favorite brain games. 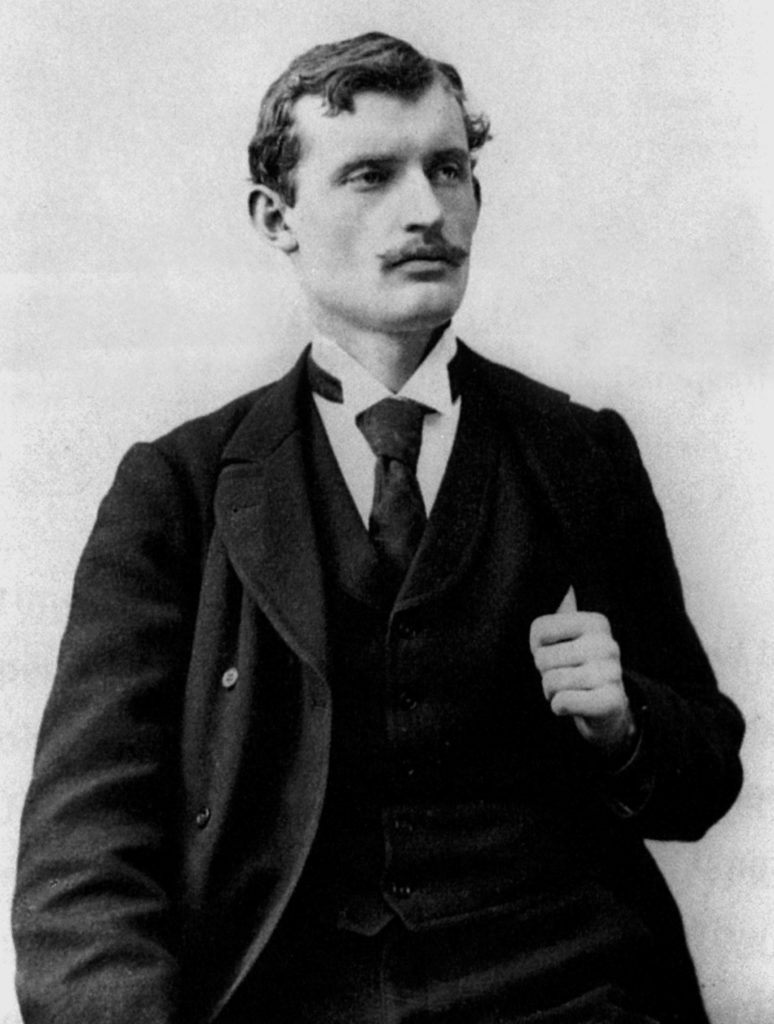 Are you familiar with The Scream? Did you know the name of its painter, Edvard Munch? What about the fact that he was struck by the incredibly deadly influenza outbreak of 1918? No, The Scream itself is not a product of the outbreak (he painted it in 1893), but Munch did paint a work called Self-Portrait with the Spanish Flu, of his sickly self, and a few other pieces while ill. And, unlike many others, Munch actually didn't die from the flu. He actually survived for 25 years after that and continued producing works of art. 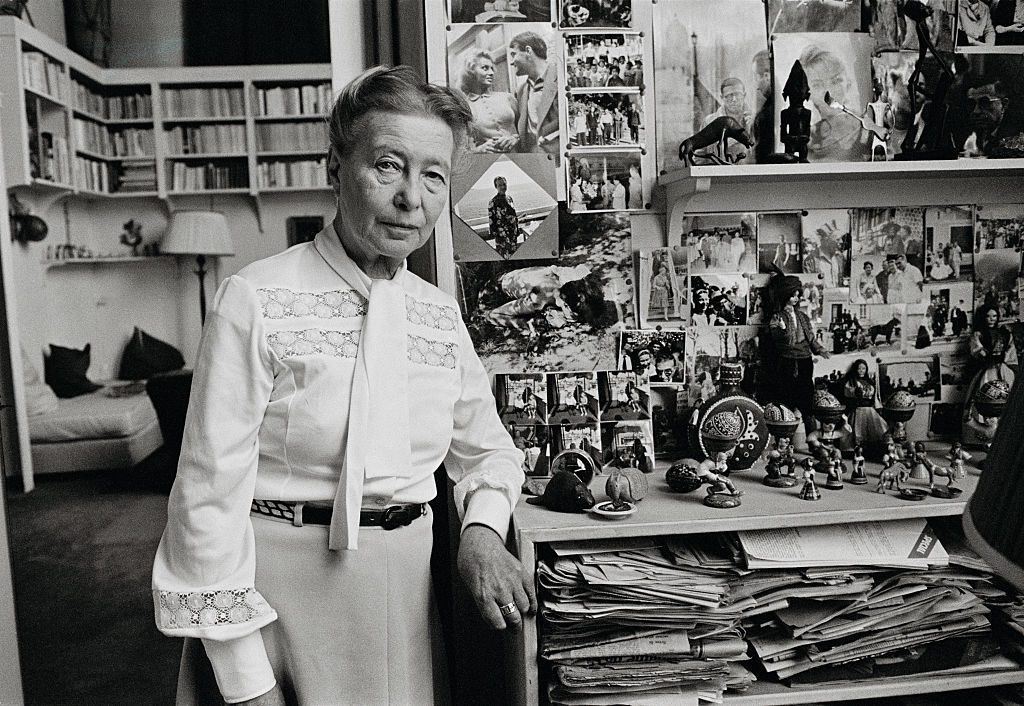 This 20th-century French voice of feminism lost her teaching job during the Nazi occupation of Paris. de Beauvoir helped out the French Resistance within the city and produced several literary works. (Way to be!) Perhaps most notable and relevant was her only play, Les Bouches inutiles ("the useless mouths"). Written in 1945, this play takes place during a 14th-century siege but was clearly inspired by the Nazi regime. Its title refers to the way people in charge would write off as "useless," or even sacrifice, marginalized people, like the elderly, women, and children, during times of siege to save the lives of young, healthy men. Learn about some more amazing women in history you didn't learn about in class. 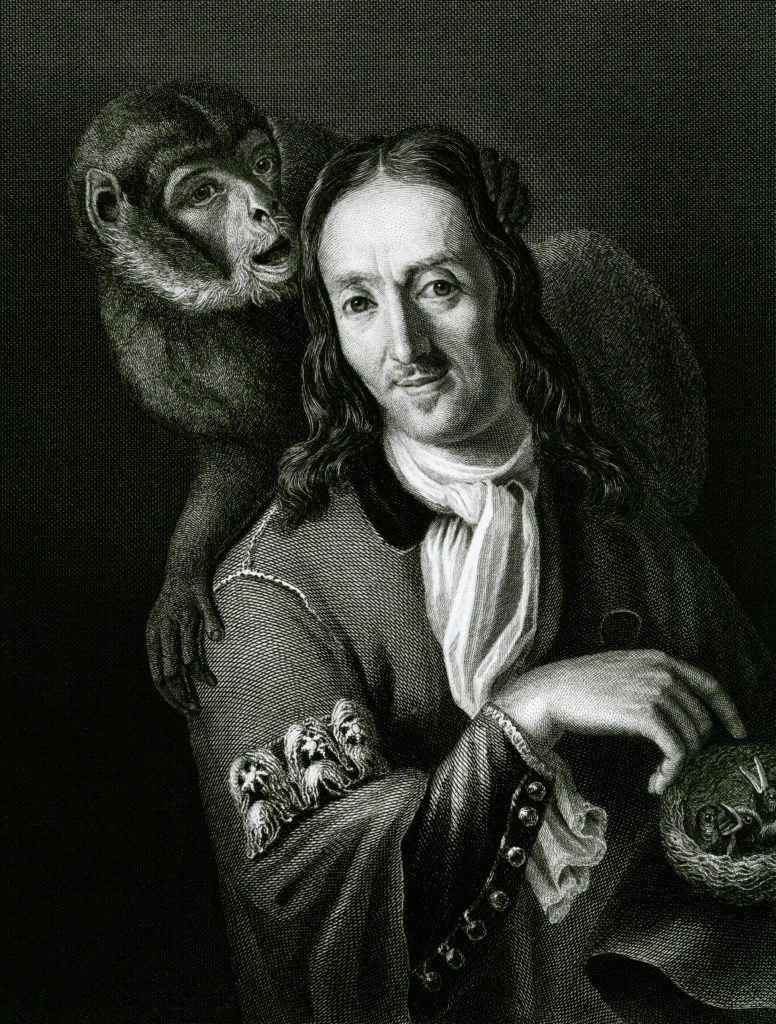 This 1656 painting, "Human Frailty," is not particularly subtle. Its creator, Salvator Rosa, had just lost a young son in a 1656 plague outbreak that struck Naples hard. Two of Rosa's siblings also died in the plague (started by the same pathogen as the Black Plague). He produced this grim painting, in which a newborn baby (representative of his son) signs his life over to a winged Death, the same year. It's unsure whether he was actually in quarantine (his son's death actually suggests that he wasn't), but he certainly was in the midst of a devastating outbreak. And, hey, if art, even with super-dark subject matter like this, helps you cope with a dark time, there's beauty in that! 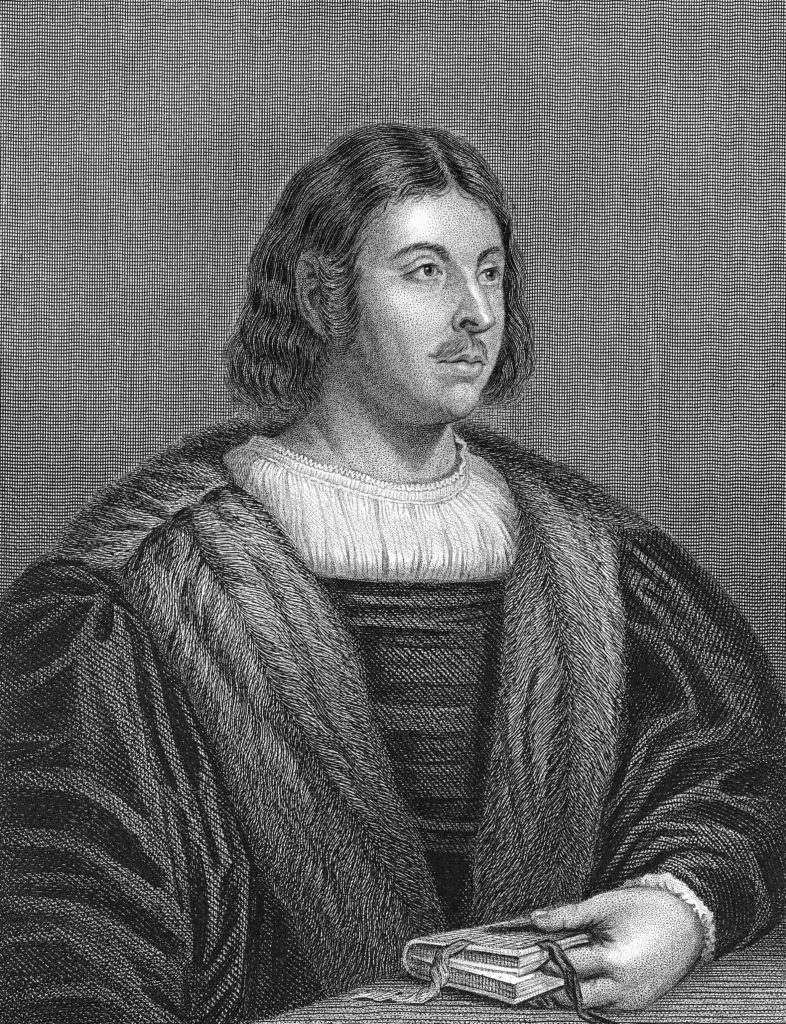 Boccaccio may not be a household name like some of these others, but we think he deserves recognition because he was producing work during the Plague—the Black Death itself. This devastating outbreak struck Boccaccio's home of Florence in 1348 and killed his father and stepmother. Though sources are divided on whether he himself left the city to isolate, in the years after the outbreak he produced his best-known work, a novella called The Decameron. In it, ten young people flee—guess what—the 1348 Florence plague and spend two weeks in the countryside. Boccaccio even divided the novella by noting each day his characters spent in quarantine ("Day 1, Day 2," etc.), comparable to what a lot of people are doing now! Again—none of this is at all suggesting that producing a complete masterwork of art is the only acceptable way to handle a quarantine. Here are all sorts of things to do when your whole life gets canceled.