14 Final Jeopardy! Questions Everybody Got Wrong 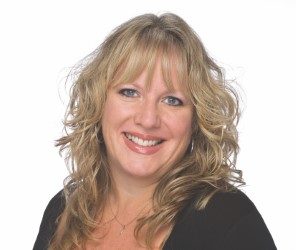 Jeopardy may be fun to watch, but you can’t help but feel for the contestants when they get hit with those brain-busting Final Jeopardy questions.

Clue: It’s the only country that borders both the Caspian Sea and the Persian Gulf.

On October 12, 2017, the winner of the Final Jeopardy! came out on top with a grand total of $1, while his two opponents wound up with $0. But here’s what’s really crazy: the losers (“non-winners” in “Jeopardy!” parlance) went home with more money than the winner! That’s because, according to the show’s rules, the contestant with the largest money total at the end of Final Jeopardy! goes home with that amount of money, while the second- and third-place contestants get consolation prizes of $2,000 and $1,000 respectively. This clue is the Final Jeopardy! that yielded such upside-down results.

We collected some more Final Jeopardy questions that stumped everybody. See if you can get the questions right.

Clue: In 1937 his sister said he had “hats of every description,” which he would use as a “foundation of his next book.”

Correct response: Dr. Seuss. Like these final Jeopardy questions? These are the 7 Jeopardy! categories that stump everyone.

Clue: He came to power 34 days before FDR and left it 19 days after him.

Clue: Both making news in June, these 2 Davids with similar last names are LeBron’s new coach and Eric Cantor’s conqueror.

Correct response: David Blatt and David Bratt. Think you’d be able to get these Final Jeopardy questions right, and want to be on Jeopardy? This is how to get on a game show.

Clue: A 2012 poll by Britain’s national army museum voted this man, born in 1732, as the nation’s greatest military enemy.

Jeopardy’s host is an American icon–this is why Alex Trebek never wants to retire.

Clue: He was featured on the September 22, 1947 cover of Time with the caption “He and the boss took a chance.”

Clue: Subtract a letter from the name of a keystroke found in computer commands and you get this violent reaction to social change.

Correct response: Liberia. Wondering if getting these final Jeopardy questions right means you’re a genius? This Mensa quiz will tell you.

Clue: A popular product was born when Jean Naigeon of this city substituted the juice of unripe grapes for vinegar.

Clue: Although she has appeared in only 2 Broadway musicals, she got Tony nominations for both, for 1962 and 1964.