Here’s How Every State in America Got Its Name 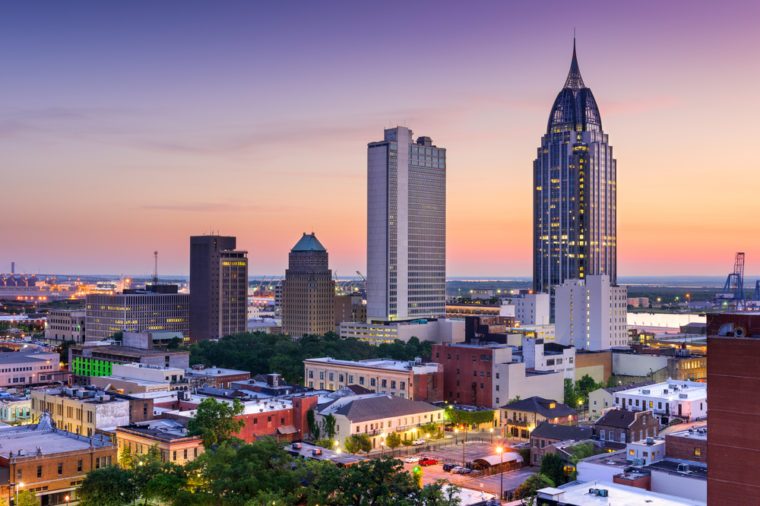 The state of Alabama is named after the river which European explorers named after a local Native American tribe, according to the Alabama Department of Archives and History. Historians believe the tribe name is a portmanteau combining Alba (vegetation) and Amo (gatherer), which makes sense since Native Americans cleared a lot of the land in the state to grow vegetables. While the origin is debatable, here is a fun fact about Alabama: It's the only state whose official drink is an alcoholic beverage. 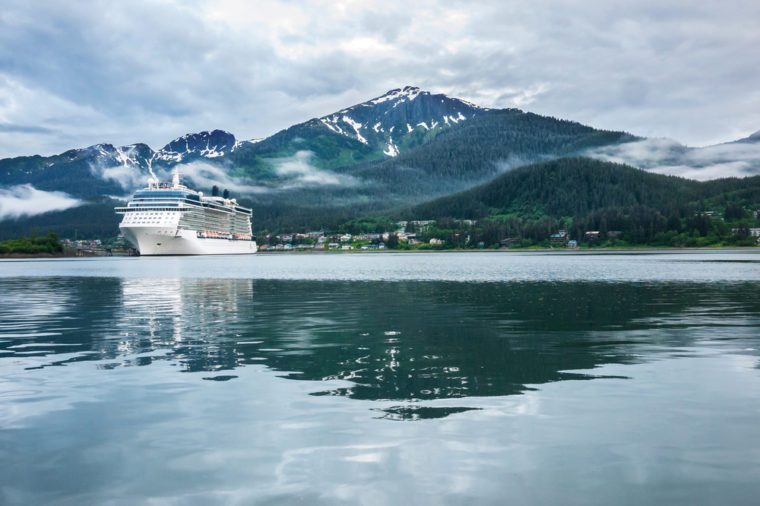 The Russians sold Alaska to the United States in 1867.  The name is sometimes loosely translated from the Aleut word "Alyeska" meaning "great land," which is understandable because the state is bigger than Texas, California, and Montana combined. These days, Alaska's willing to pay you $1,000 to move—and stay—there. 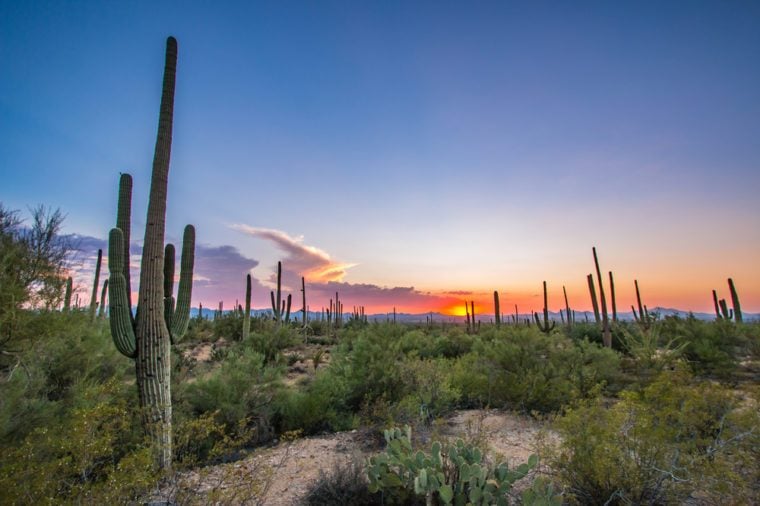 Arizona: A little spring or a big oak? 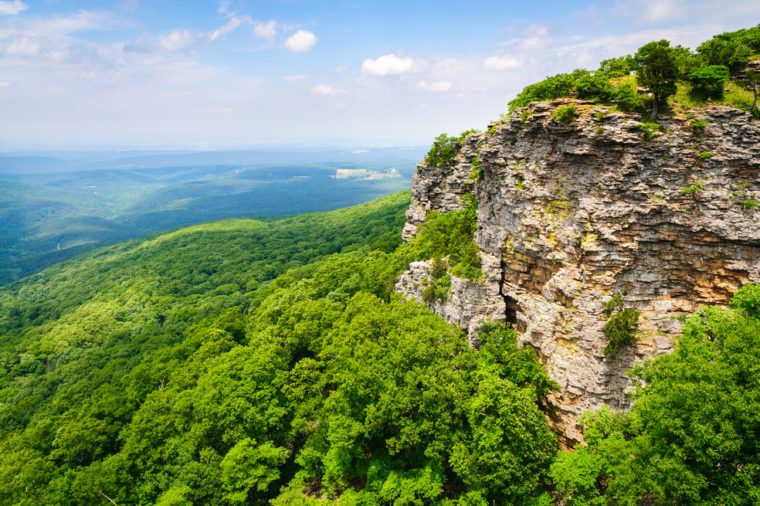 The state of Arkansas was named after a Native American tribe the Akana. "Arkansas" means "south wind" (i.e., "downstream")—the tribe lived downstream from the major Algonquin tribe in the area. It stuck, at least in theory, although the spelling and pronunciation varied until well into the 19th century when the state passed a law declaring the spelling to be "Arkansas" but the pronunciation to be AR-can-saw. Contrary to Internet folklore, there is no penalty or other legal liability for misspelling or mispronouncing the state's name, but there are some weird things that are actually banned in the United States. 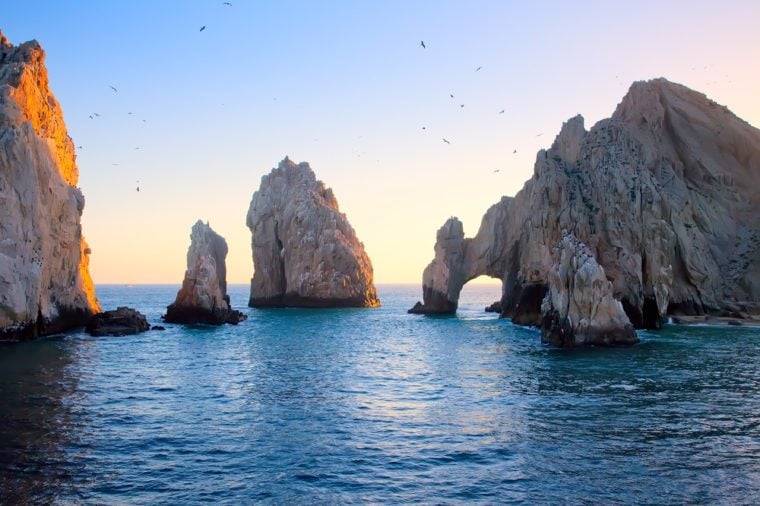 California: Not an island

The name comes from the Spanish legend of Queen Califa, ruler of an island called "California" (yes, the early explorers thought they were on an island). When Cortéz landed on Baja California, he believed he had found the island of Queen Califa, populated only by women who used gold to make tools and weapons. He wasn't far wrong when, three centuries later, gold was discovered in California. 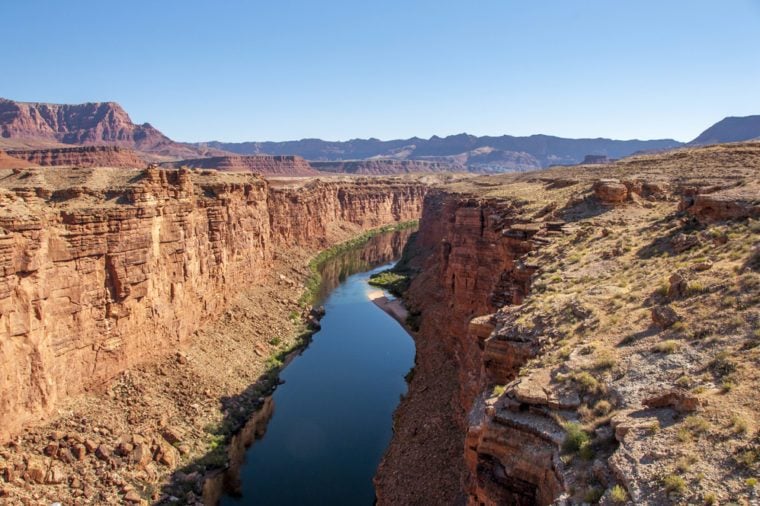 Colorado means "the color red," and Spanish explorers named the muddy red river they found Rio Colorado. Congress chose the name for the territory in 1861. 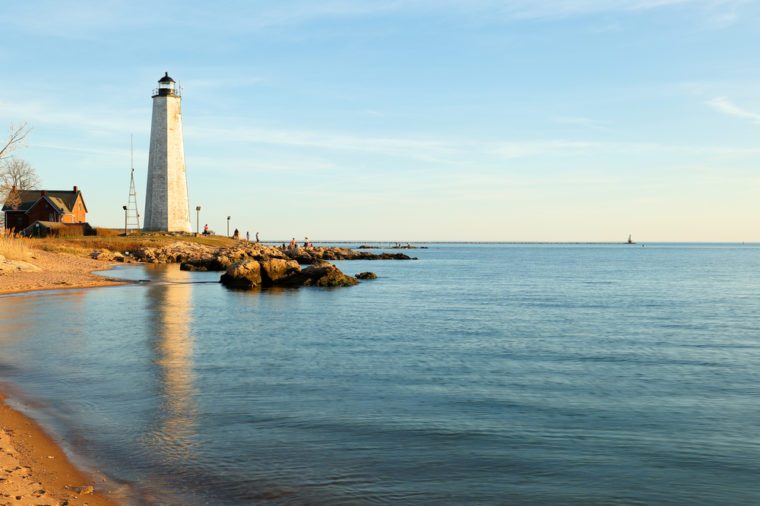 Connecticut: Not because of the Constitution

The founding fathers began drafting the U.S. Constitution in the state, but that has nothing to do with the name. By the 1600s, what is now the Connecticut River was already known by a derivation of the Native American word, quinnehtukqut, which means "long tidal river." Did you know that one of Connecticut's nicknames is the Nutmeg State? 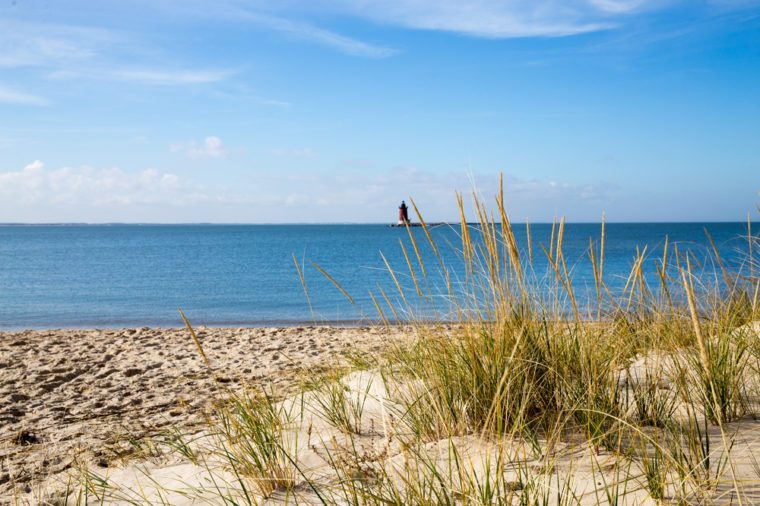 Delaware got its name way back in 1610 when explorer Samuel Argall, sailing from Virginia, saw what is now Cape Henlopen and called it "Cape De La Warr" in tribute to the first governor of Virginia, Thomas West, who was also the 3rd Baron De La Warr. Here are more history lessons your teacher lied to you about. 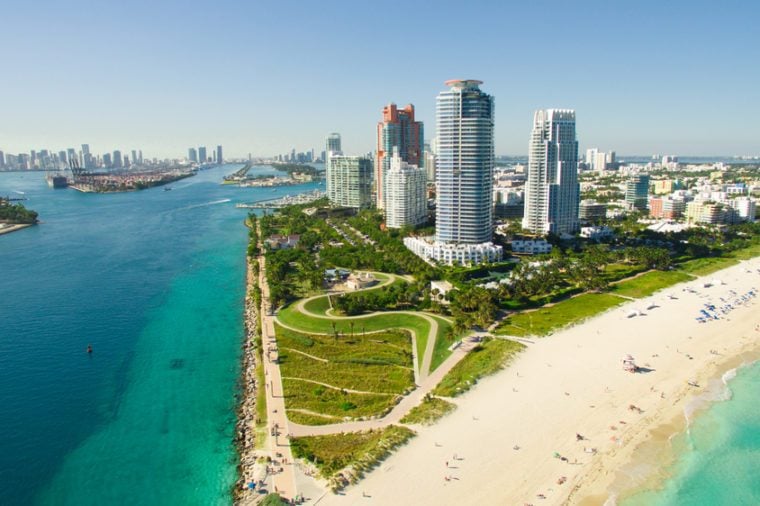 Florida: Feast of the flowers

Juan Ponce de Leon was the first to call the state Florida when he landed in the northeastern part in April 1513. The name comes from the celebration, Pascua Florida (Feast of the Flowers). He never found that "fountain of youth" he was looking for, but some still believe it could be somewhere in Florida. Test the rest of your history knowledge with these history questions everyone always gets wrong. 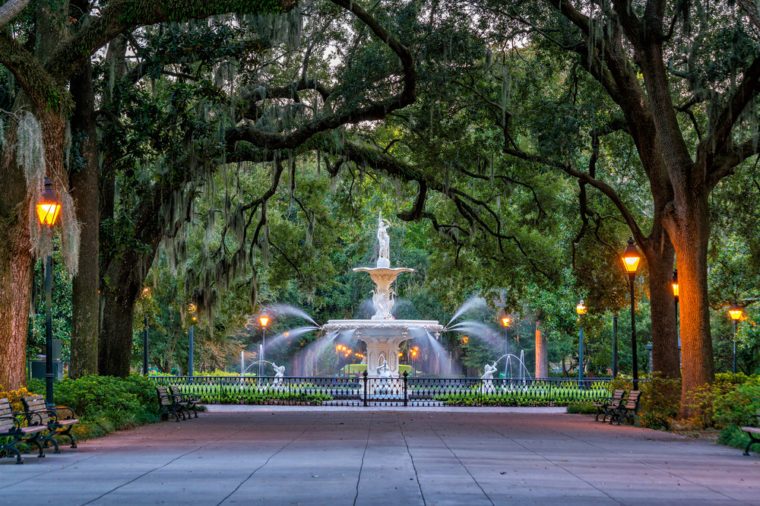 Georgia: For the other King George

Georgia was named by the Royal Charter in 1732 after England's King George II. King George II demanded that the thirteenth colony (which later became the state of Georgia) be named after him.