How 11 Iconic Stores Got Their Names

7-Eleven was originally Tote'm Stores? Piggly Wiggly was inspired by actual pigs? Here's the fascinating history behind your favorite spots to shop and their iconic names. 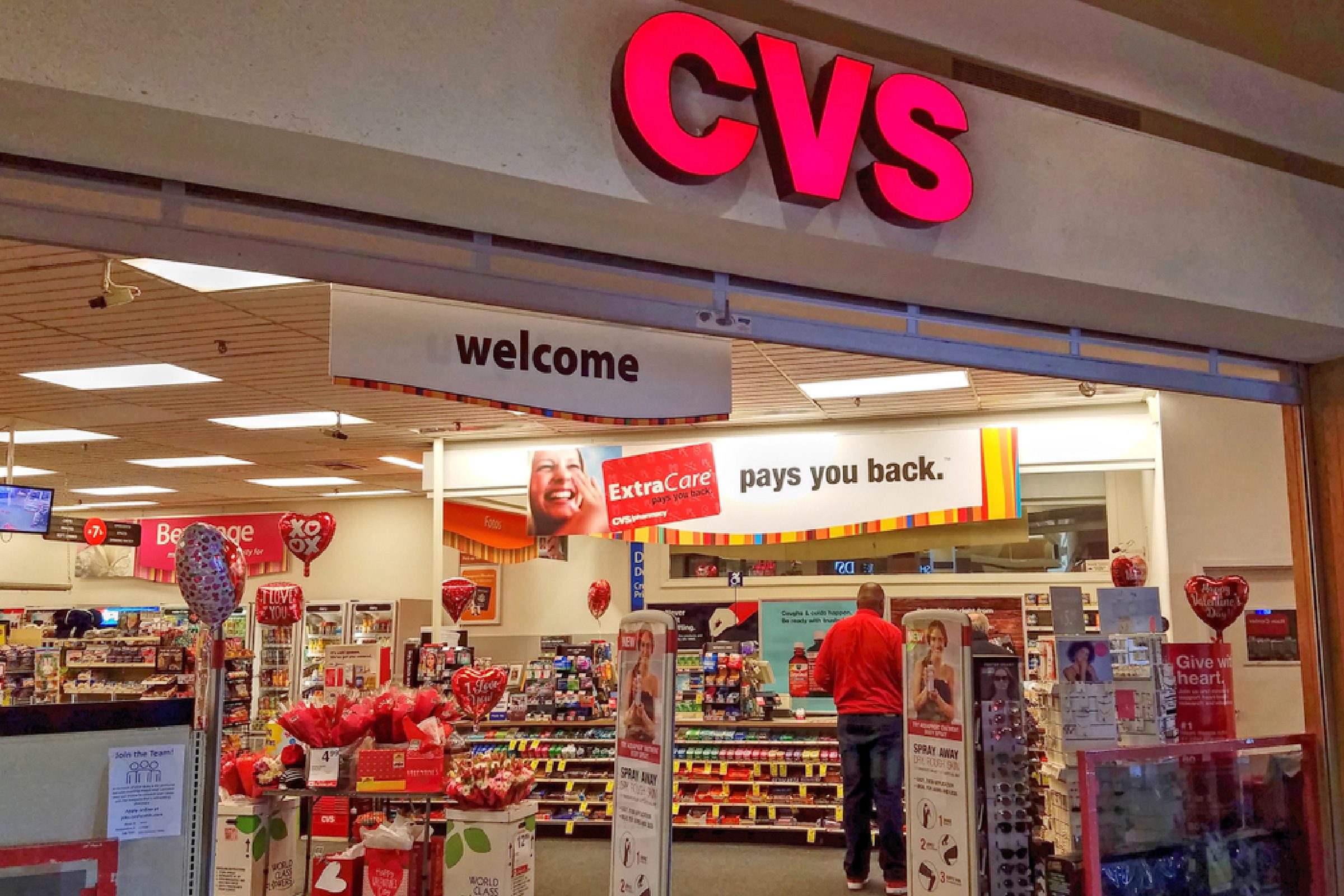 In 1963, brothers Stanley and Sidney Goldstein and their business partner Ralph Hoagland opened the first of their "Consumer Value Stores" in Lowell, Massachusetts. In 1964, the acronym "CVS" appeared for the first time in the company's first logo, which featured the name "Consumer Value Stores" flanked by a pair of shields with the letters inside. Over time, the shorter acronym replaced the original name altogether, and one of the most recent CEOs has claimed that the three letters could also stand for "Convenience, Value, and Service." Think it's weird that this popular store basically changed the meaning of its acronym? We bet you didn't know that these famous restaurants used to have totally different names, either. 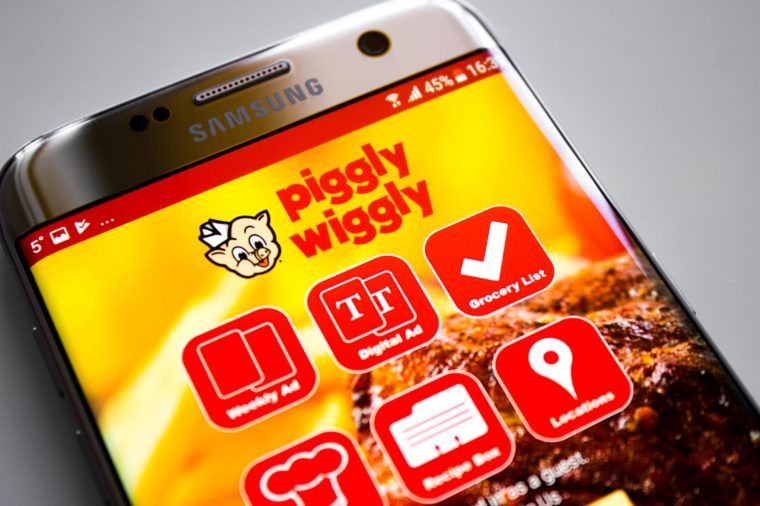 Back in 1916, a young wholesale food salesman named Clarence Saunders was taking a trip from Indiana to Tennessee by train. At this time, self-service grocery stores were non-existent; customers still had to tell a grocer everything they wanted and wait at a counter to receive it. Saunders had traveled to Indiana to inspect a grocery store there, in hopes of finding some inspiration that would help boost his own business. But the trip had been a bust. Or so he thought—until the train slowed down next to a farm. Saunders glimpsed a sow standing in a field, surrounded by six feeding piglets, and suddenly the answer came to him. In his book Elastic, Leonard Mlodinow describes Saunders' epiphany: "The piglets were serving themselves. Why not let human customers help themselves?" The simple visual of hungry piglets gave Saunders everything he needed to open the first self-service grocery store, and he named it in the pigs' honor. 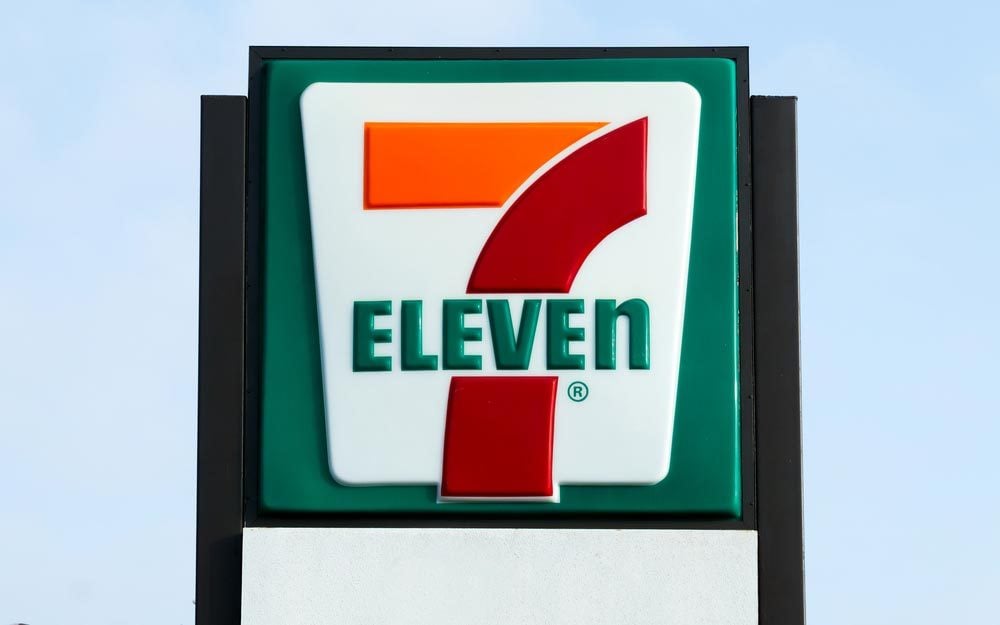 7-Eleven began as an ice company, which is poetic considering that its most famous offering today is a frozen slush drink. In the late 1920s, an employee began selling food out of one of its locations, and its notoriety began to grow. Customers began calling it "the Tote'm Store" because of the way they "toted" their purchases out of the store. That name stuck until 1946, when management decided to change it to reflect the store's new hours: 7 a.m. to 11 p.m. And just wait til you hear how these other fast food hotspots got their names. 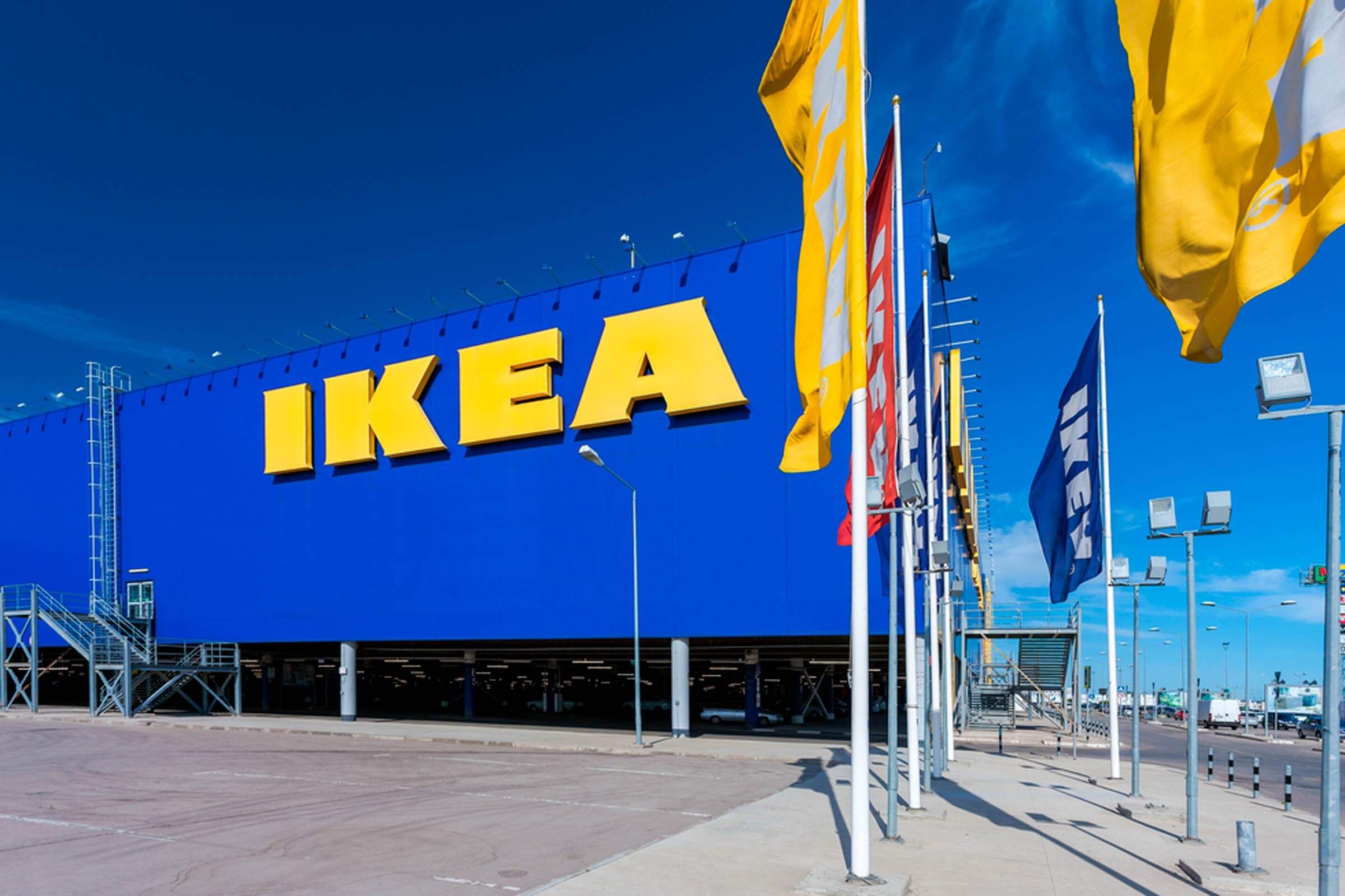 Unlike the names of many of its products, IKEA's name isn't a Swedish word. It's actually an acronym that the furniture giant's founder, who was only 17 years old at the time, came up with. The young entrepreneur, Ingvar Kamprad, took his own initials and combined them with the first letters of his old home. Kamprad hailed from a farm called Elmtaryd, located in the Swedish village of Agunnayrd, hence the E and the A. But the company doesn't stop there when it comes to its affinity for strange titles—this is how IKEA's products get their unusual names. 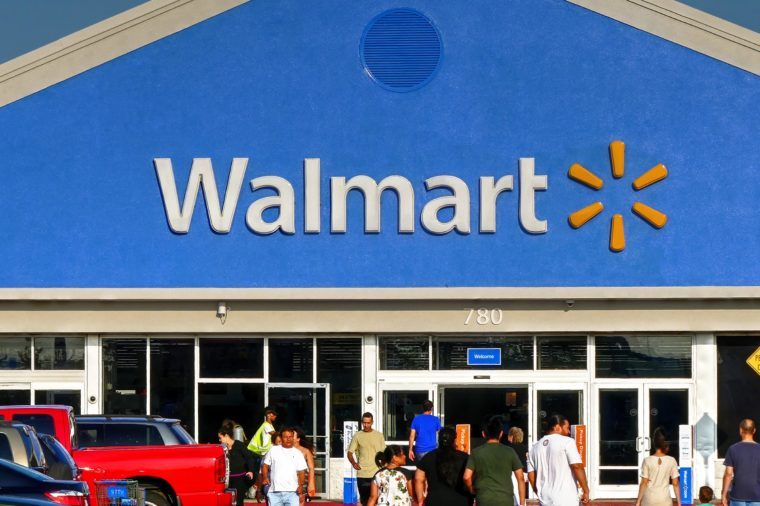 Walmart began as Walton's 5&10, a small-town store in Bentonville, Arkansas, owned by (and named after) Sam Walton. In 1955, Walton would hire a man named Bob Bogle to manage the 5&10, so that Walton could focus on expanding and opening more variety stores. In 1962, Walton realized the heyday of small variety stores was coming to an end and decided to open a larger discount store. Before that first store opened, in Rogers, Arkansas, it was Bogle who decided to combine the first syllable of the founder's name with "mart." "Wal-Mart Discount City" was officially on the map. In 2017, the company chose to nix the hyphen as a symbol of the "one-ness" they wanted the company and its name to convey. Walmart's president and CEO Doug McMillon shared, "Whether it’s in our stores, on our sites, with our apps, by using their voice or whatever comes next, there is just one Walmart as far as our customers are concerned." 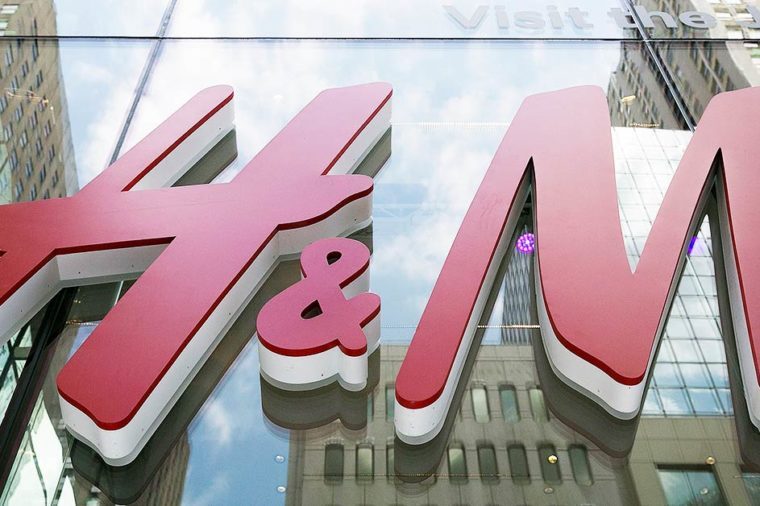 Just like IKEA, this popular clothing retailer got its start in Sweden. In 1947, 30-year-old Erling Persson launched a women's clothing retailer called Hennes, the Swedish word for "hers," in Västerås, Sweden. The company grew in popularity throughout Scandinavia, and in 1968, Persson acquired another, very different company called Mauritz Widforss. Mauritz was a hunting and fishing retailer, but Persson decided to have the merged companies stick to clothing, though he did expand his offerings to men's and children's clothing as well. He changed its name to Hennes & Mauritz, and H&M as we know it today was born. (That abbreviation, though, wouldn't replace Hennes & Mauritz as the official name of the company until 1974.) Of course, no one could guess what H&M stands for without knowing the backstory—just like these 30 common acronyms you hear all the time. 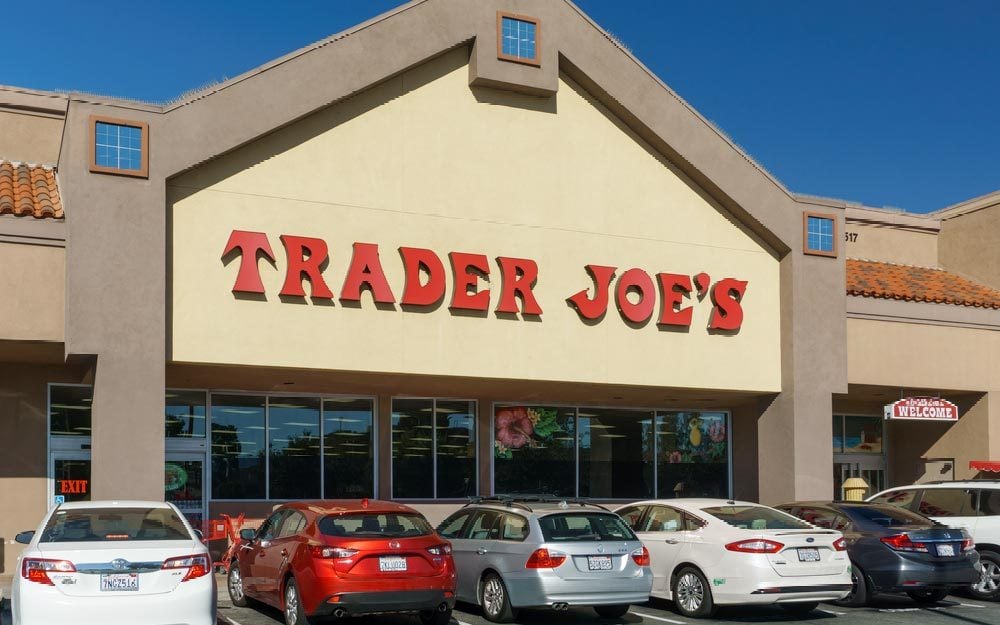 In 1958, a small chain of convenience stores called Pronto Markets was born in the Greater Los Angeles area. Its founder, Joe Coulombe, quickly realized that the chain was too similar to the ultra-successful 7-Eleven and couldn't realistically compete with it. Inspired by the Polynesian-themed restaurant Trader Vic's, he re-launched the chain, but this time with his own name on it. He followed Trader Vic's lead and dressed his employees in Hawaiian garb. Coulombe also realized that selling unique foods that were all but impossible to find at other grocery stores at the time, such as granola and wine, would help business boom. But Trader Joe's is far from the only famous company that originally had a totally different (and hilarious) name. 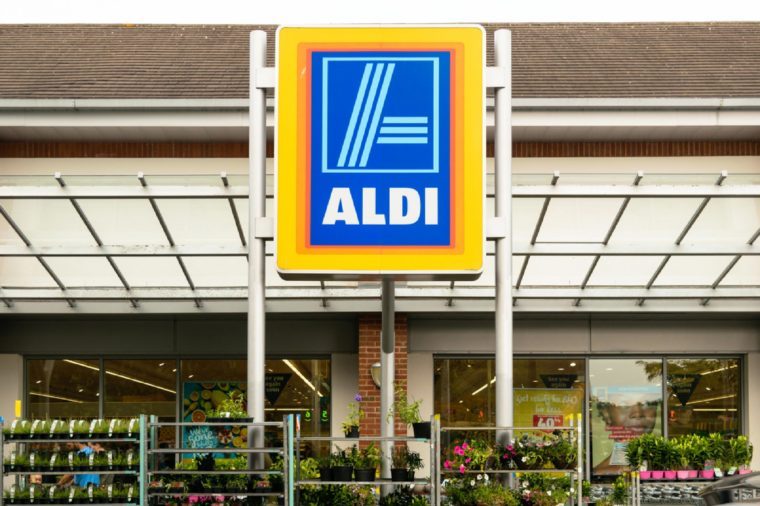 This discount grocer originated in Germany as the enterprise of two brothers, Karl and Theo Albrecht. They took the first syllable of their surname and paired it with the first syllable of "discount" to create Aldi. In 1960, the brothers would have a falling-out over whether the store should sell cigarettes. When they were unable to resolve this difference of opinion, Aldi split into two separate entities, Aldi Nord and Aldi Sud, meaning "north" and "south." Aldi Sud is the version American shoppers are familiar with, but Aldi Nord is also going strong around the world. 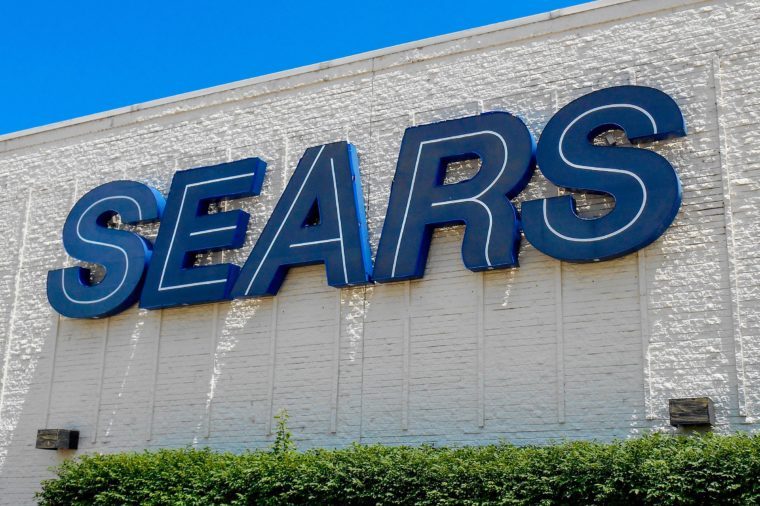 The full name of this department store company is "Sears, Roebuck and Company." It began in 1880 as a watch retailer, founded by entrepreneurial cohorts Richard W. Sears and Alvah C. Roebuck. Over time, the "Roebuck & Co" part of the name faded into relative obscurity (most likely due, in part, to its removal from storefronts) so that the company just became known as "Sears." While it may seem like Mr. Roebuck got a raw deal, a Harris Poll survey recently found that Sears is currently America's least favorite retailer. So maybe Roebuck is actually better off. 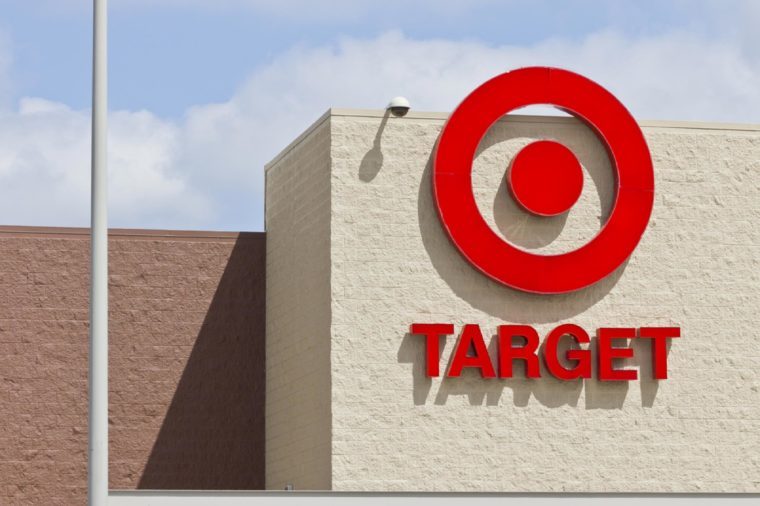 In 1962, the Dayton Company, a department store franchise, opened up a new mass-market discount retailer in Roseville, Minnesota. The director of publicity for Dayton, Stewart K. Widdess, pondered some 200 potential names for the new company with his team. When "Target" was suggested, the idea of a red and white bullseye logo immediately burst into existence. Widdess knew he had stumbled on something good. For him, the symbol represented how, "as a marksman's goal is to hit the center bullseye, the new store would do much the same in terms of retail goods, services, commitment to the community, price, value and overall experience," according to Target's website. Target's logo hasn't changed much over the years, but we can't say the same for these company logos that look so different from their originals. 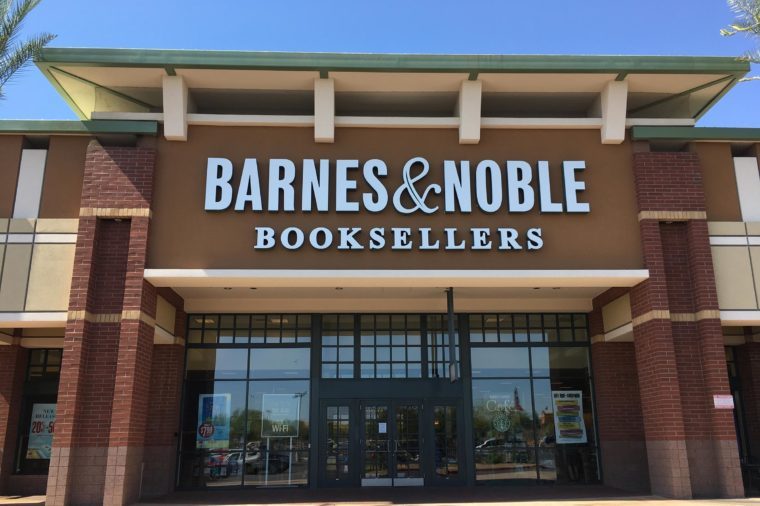 Before Barnes & Noble was the bookstore claiming the largest number of American retail outlets, it was a 19th-century bookstore called Arthur Hinds & Company. Arthur Hinds hired a Harvard graduate named Gilbert Clifford Noble to work at the store, and Noble would become his business partner. The store's name would change to become Hinds & Noble in 1894. Enter the "Barnes" of this bookseller's name, William Barnes. Barnes' father, a friend of Noble, had opened a book business out of his Illinois home in the late 1800s. Noble bought out Hinds in 1917 to team up with Barnes, and the rest is history. Now that you know why they're called what they're called, check out these simple ways to save lots of money at your favorite stores.