This Is How to Get on “Wheel of Fortune,” “Who Wants to Be a Millionaire,” and Other Popular Game Shows

Admit it, you've shouted answers at your TV while watching your favorite game show and secretly thought you'd win millions if you could just get on the air. Here's how. 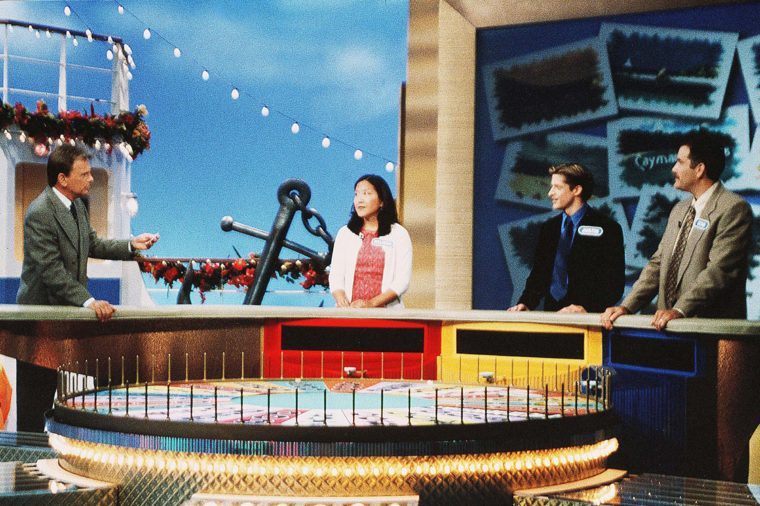 It was 1975 when the first episode of the game show Wheel of Fortune debuted with the name Shopper's Bazaar. After the pilot aired the name was changed and Chuck Woolery of Love Connection fame took on hosting duties with Susan Strafford as the "Vanna." It wasn't' until 1981 that Pat Sajak showed up and 1982 that Vanna began flipping vowels. Since then Wheel of Fortune has proven to be one of the most successful game shows of all time. Think you have the puzzle solving know-how and wheel spinning technique to win you some big bucks? Carlsbad Patch Editor Deanne Goodman was a contestant on the show and offers this advice for making the cut in addition to the official rules. 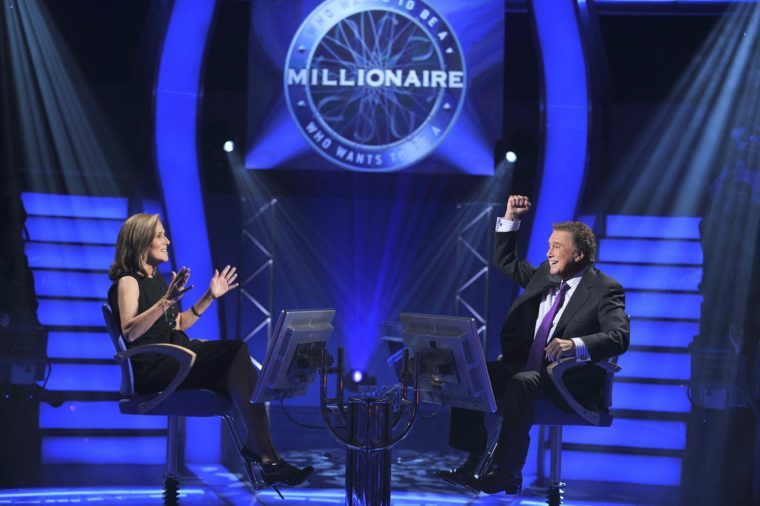 Who Wants to Be a Millionaire

Looking to make a quick mil? If you're smart maybe you could play the stock market. But if you're smart with personality Who Wants to Be A Millionaire might be your calling. The show was a huge primetime hit on ABC in 1999 until viewers got sick of watching other people make millions. So it went into syndication in 2002 and according to ABC News, contestants have scored more than $95 million in winnings since then. Even though a million people aren't watching anymore you could still win a million dollars, but how to get on? One way is to attend an open audition like the one Justin Peters did in New York City in 2015. He told Slate that after passing the initial trivia test, he had a brief interview with a producer, then played a practice game. Two days later, a contestant coordinator called him and invited him to come on the show. Sounds simple? Peters says there are people who have spent years of their life trying and failing to get on Who Wants to Be a Millionaire? How'd he do it then? First off, he had a head start. He'd already accompanied his buddy on the show as the "friend" brought along to help answer a question. And the producers thought Peters was hilarious. However, had he failed the initial trivia test, he never would have made it on in the first place. After all, contestants still have to try to answer 14 questions that get progressively tougher as the $ stakes increase. Think you've got the brains and the banter to get on? You can fill out the audition application and send in a video through their website. Keep in mind if producers like what they see and ask you to audition you'll have to fly out to Las Vegas, where the show is taped, on your own dime. Visiting Vegas? The show tapes every day and you can pop in for an audition after. Or like Peters, you can try to catch a local audition if one comes to your area. Study these 50 facts about America's 50 states to make sure you're ready. 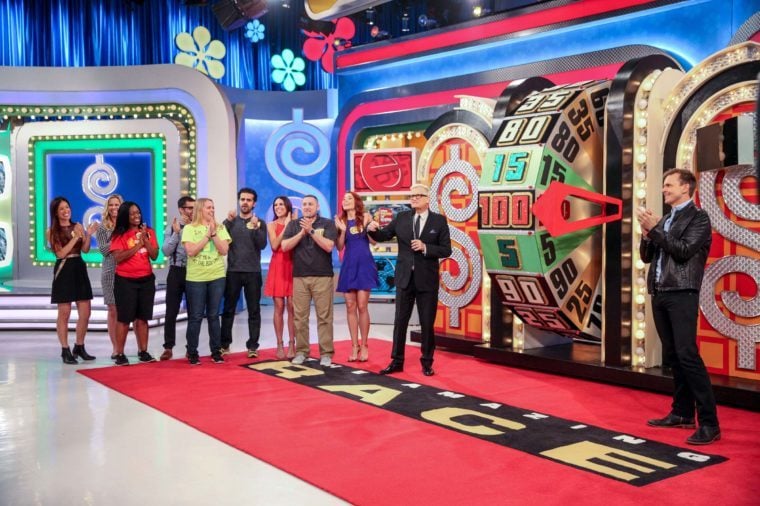 The Price Is Right

When it comes to getting on this famous game show, which dates back to 1956 and is the longest-running game show in history, first you need to score tickets. The good news is tickets are free and easy to get. "Personally, I feel that attending a game show is L.A.'s best kept secret. Many people don't know that they can attend a game show—have the BEST time with their friends and family—and possibly go home with cash and prizes!" says Karen Cavarozzi, President, COO, On-Camera Audiences, Inc. "Simply go to our website at www.on-camera-audiences.com and print your tickets from our website." Now you just have to get pulled from the audience to "come on down." Andrea Schwartz ended up winning the Showcase Showdown in 2012, but it wasn't dumb luck that got her there. According to an interview with Avclub.com first she created shirts to wear that read "I love The Price Is Right now" with The Price Is Right logo. And that got her noticed. She explains that 10 people at a time stand in the front of the producers and they ask you questions. She told them her name and that she was an artist and told them about the shirt. It took about four hours until she was seated and she was actually placed at the front row right behind contestant's row. She was the third contestant called and won a pair of earrings before eventually ending up winning big. Andrea's advice, "What I learned...was to really turn it up. You have to be enthusiastic to be good on television." Cavarozzi agrees. "The only tip that we give our ticket holders to increase their chances of getting chosen is to be enthusiastic. It also helps to watch the show and know the games." Schwartz ended up winning a car and a bunch of other prizes which she eventually sold. Her warning to winners is to remember that they have to pay taxes on their prizes and it can add up quick—here are other things your tax accountant will want you to know. 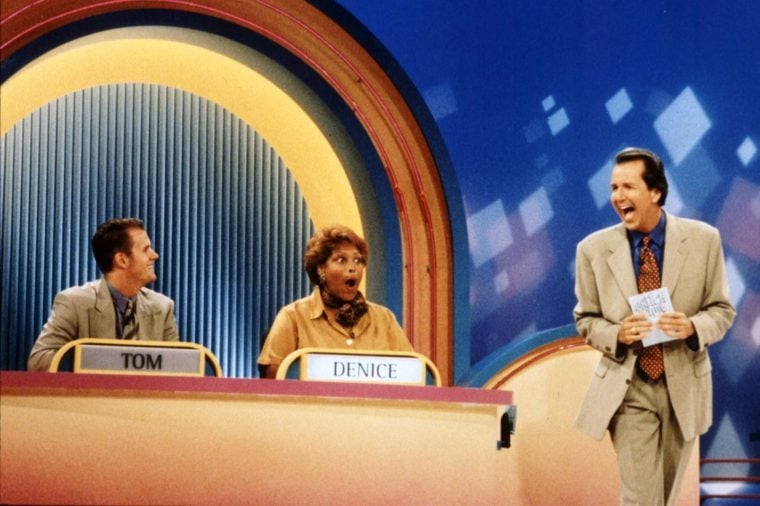 A classic game show, Match Game is going into its third season on ABC with Alec Baldwin hosting. This throwback from the 1970s has contestants try to match answers that celebrity panelists will give to various fill in the blank questions to ultimately win $25,000. Sometimes raunchy but always funny, Match Game is way more fun than this Japanese game show whose whole point is not to laugh. According to Tvseriesfinale.com season two featured performers and celebrities liked Jason Alexander, Cheryl Hines, Ice T, Ellie Kemper, Wayne Brady, Caroline Rhea, Amy Sedaris, Constance Zimmer, Jane Krakowski, Tituss Burgess, Andy Richter, Bellamy Young, Judy Greer, and Neil deGrasse Tyson. However, to get on the show you'll have to go to an open casting call. ABC Network recommends keeping tabs on their next round of casting calls via their website. And when it's time to audition make sure you are "energetic, clever and have a great sense of humor" and "no need to be a brainiac or expert with words but an easy going and fun personality is key." They advise potential contestants to watch Match Game clips on YouTube "to get a feel for how the game is played." If you want tickets to see the show which films in New York check On-Camera Audiences. 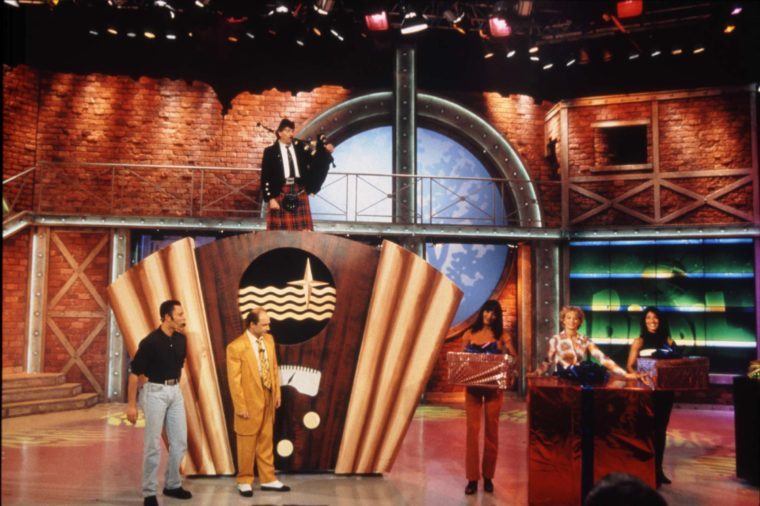 Like The Price Is Right all you need to do to have a chance at getting on Let's Make A Deal is to score tickets. And that's as simple as clicking On-Camera Audiences where free tickets are posted two months in advance. Of course, you also need to be able to get to Saticoy Studios in Van Nuys, California where the show tapes. And it couldn't hurt to throw on a costume and we don't mean that old vampire Halloween frock gathering dust in your closet. (Going as a couple? Here's some great couple's costume ideas.) There's 190 people in the audience that contestants are pulled from so you'll have to rustle up something a little more creative if you want a chance to win some bucks. "We have videos on our YouTube channel that shows people at the game shows; therefore giving our ticket holders an idea of what to expect," suggests Cavarozzi of On-Camera Audiences. But according to Thoughtco.com first you'll meet with casting staff in the waiting area so they can get to know you. Don't be a dud! You might be a rocket scientist at home, but on Let's Make A Deal it's better to be a clown (and dress like one). If your hobby is collecting toilet seat lids and decorating them, be sure to let them know so you stand out from the masses. "The contestant producers at the shows are amazing and it's just like having friendly conversation when you go through the contestant selection process," says Cavarozzi. Some basics to bring with you are a photo I.D. proving you are 21 years old and pen to fill out release forms and application. 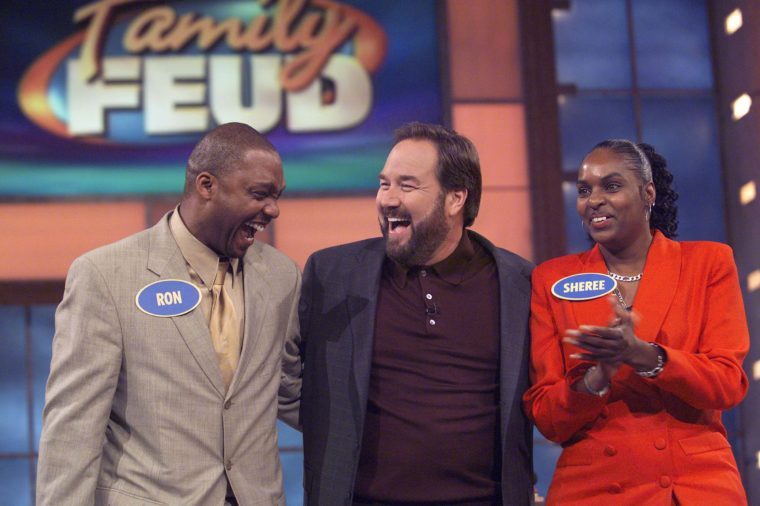 Another game show staple of the 1970s that has made a comeback is Family Feud and although Richard Dawson is no longer kissing grandma and calling everyone "Dear," host Steve Harvey has brought the show into the millennium. Think your family can take the heat? It seems attending a live audition is the quickest route to getting on the show. You'll schedule the audition via email and a video with all family members is recommended. "Briefly introduce yourselves, tell us where you are from, and feel free to use props, costumes, play a mock round of the game, or anything to stand out!" And if you can't attend an audition in person sending a memorable video is a must.

Here's some other criteria to keep in mind from their website: