Read Like an NBA All-Star: Kareem Abdul-Jabbar Tells Us His 10 Favorite Books

You know him as the NBA's all-time leading scorer, but Abdul-Jabbar, now a bestselling author and Time.com columnist, is also a devoted bibliophile. To mark his debut novel, Mycroft Holmes, he sat down with us to share his favorite books. Time to throw on your No. 33 jersey, head to the library, and read up. 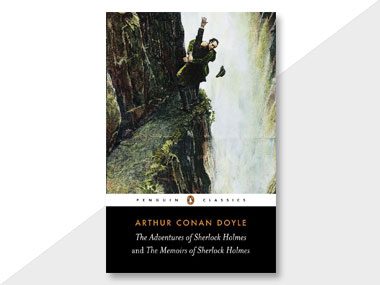 On his first road trip for the Milwaukee Bucks, Abdul-Jabbar brought a Sherlock Holmes compilation he had recently been gifted. He was hooked, and began devouring all the crime fiction and spy thrillers he could: Dashiell Hammett, Raymond Chandler, Martin Cruz Smith, John Le Carre, and Robert B. Parker, to name a few. “The Red-Headed League,” the second of 12 short stories in The Adventures of Sherlock Holmes (1892), is his favorite Doyle tale. “It has all the elements you’d expect from a Sherlock Holmes story—you’re presented with a number of things that would help you solve the question, but you can’t or you don’t. When you get to the end and Sherlock explains everything, you say, ‘Aw, I should have noticed that!’ All the facts are there. It’s hard to piece things together without the background and the inquisitive mind Holmes has.”

Abdul-Jabbar says Holmes’ powers of observation have even inspired him to win NBA games: “I overheard the ball boys gossip that a player on the opposite team would sneak a smoke at halftime,” he says. “After the break, I ran him and ran him until he lost his breath and his stamina. We won.” 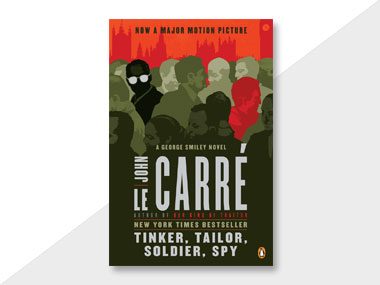 Le Carré was a spy in the British Security Service during the ‘50s and ‘60s until Kim Philby, a Soviet double agent within the organization, betrayed him and his colleagues. After his tenure in British intelligence, he started writing spy novels full-time. Abdul-Jabbar began reading le Carré’s work in high school and returned to it years later. He enjoyed the author’s inside take on the Cold War, particularly in Tinker Tailor Soldier Spy (1974), in which the traitorous spy closely resembles Philby. “It’s all very fascinating, the background and the authenticity that Mr. le Carré brings to the things that he writes,” Abdul-Jabbar says. 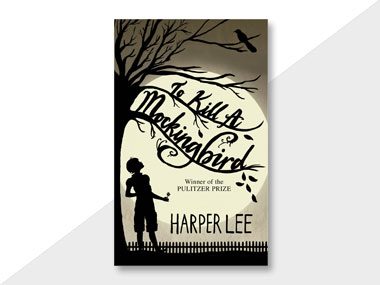 To Kill a Mockingbird by Harper Lee

“Every American, before they die, should read To Kill a Mockingbird,” Abdul-Jabbar says of the 1960 classic that to this day stokes dialogue on prejudice. “People don’t understand the nature of racism here in our country. They don’t get how insidious it is … When you start reading [Mockingbird], you start to get an idea of just how awful it is that people just discriminate on the basis of race.” Is he planning to read Lee’s Go Set a Watchman, which stirred controversy for recasting honorable Atticus Finch as a bigot? “I don’t know,” he says. “It seems that [Lee] changed her mind on the principal character from being a racist to being someone who confronted racism. Maybe at the time she was just experimenting.” 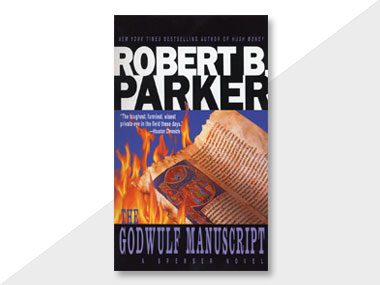 The Spenser series by Robert B. Parker

When asked to choose just one favorite from Parker’s 40 novels starring Boston private eye Spenser, Abdul-Jabbar can’t. (Pictured: The Godwulf Manuscript [1973], the first in the series.) In the late Parker’s books, various parties hire the mononymous Spenser, a shrewd, smart-alecky Korean War vet-turned-detective with a heart of gold, to solve crimes. Abdul-Jabbar is particularly taken with Spenser’s best friend and associate, Hawk. “Hawk is intellectual but he’s also a tough guy. So there’s stuff there that you kind of get into with having those macho moments.” 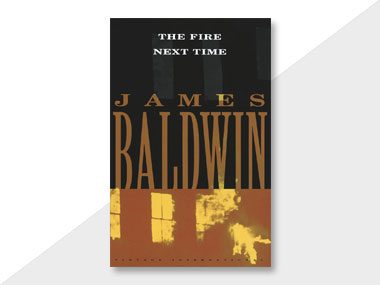 The Fire Next Time by James Baldwin

Abdul-Jabbar read Baldwin’s two essays, written as letters and published in 1963 as The Fire Next Time, while he was in high school. In elegant prose, Baldwin’s provocative social commentary, which draws its title from a slave song, explores black nationalism and speaks blunt truths about racial discrimination and the African-American experience. “It really helped me get what the civil rights movement was about,” Abdul-Jabbar says. “He talks about what racism does and how it has just distorted everything in our country.” He finds Baldwin’s portrayal of black Americans’ aspirations to be especially powerful: “He describes it in a way that you have to acknowledge it.” 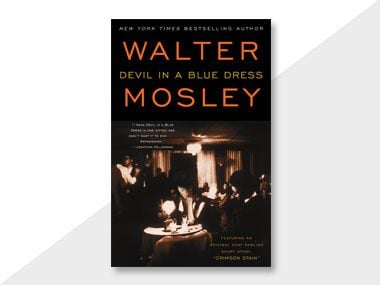 Devil in a Blue Dress by Walter Mosley

“Walter Mosley reminds me of Raymond Chandler, [except] writing from the black side of town,” Abdul-Jabbar says. In the first of Mosley’s many crime novels featuring Ezekiel “Easy” Rawlins, the author pushes the limits of the genre by writing from the point of view of a racial minority living in 1940s, ‘50s, and ‘60s California. Abdul-Jabbar, who knows Mosley personally, calls him one of his favorites. “He has the ability to describe the negative effects of racism while writing an entertaining novel,” Abdul-Jabbar says. “That’s hard to do.” 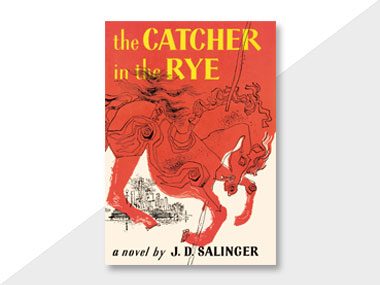 The Catcher in the Rye by J.D. Salinger

When Abdul-Jabbar needs a book to lift him up, he lets The Catcher in the Rye time-travel him back to his adolescence at an all-boys Catholic school in Manhattan. “I remember comparing Holden Caulfield’s experiences with my own,” he says. Abdul-Jabbar may never have been expelled from Pencey prep school or slept on a bench at Grand Central Station, but Caulfield’s coming-of-age angst is relatable. “High school was an ordeal,” Abdul-Jabbar says. “I survived it.” 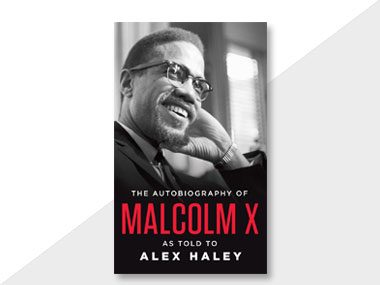 The Autobiography of Malcolm X, as told to Alex Haley

Kareem Abdul-Jabbar was born Lew Alcindor, a Catholic teen struggling to find his identity as a black man coming of age in turbulent, mid-1960s America. After reading the revolutionary activist’s account of his religious conversion and fight for racial equality, he embraced the Muslim faith as a freshman at UCLA and converted to Sunni Islam in the summer of 1968, changing his name to Kareem Abdul-Jabbar (translation: “the noble one, servant of the Almighty”). “[The book] enabled me to understand how much of a struggle it is to gain success in America when you’re going up against entrenched, racist institutions,” he says. Malcolm X remains one of his personal heroes. 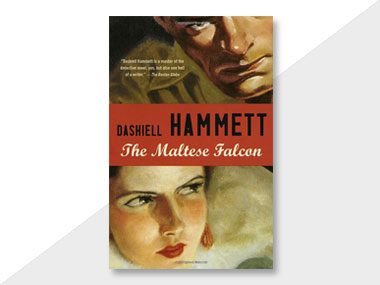 The Maltese Falcon by Dashiell Hammett

A mysterious temptress hires hard-boiled detective Sam Spade to track down a man named Floyd Thursby; soon after, both Thursby and Spade’s partner wind up dead. With that, Spade is swept into a world of crime, peril, and moral ambiguity. Hammett called his protagonist “a hard and shifty fellow” and “a dream man in the sense that he is what most of the private detectives I worked with would like to have been.” To Abdul-Jabbar, the detective is, above all else, loyal. “Spade’s commitment to his partner is [one] that he must honor, even though the femme fatale of the story has compromised him,” he says of Spade’s decision to avenge his partner’s death and turn in the woman for murder. “Loyalty is a key issue for Sam Spade. It motivates him to get to the bottom of the things.” 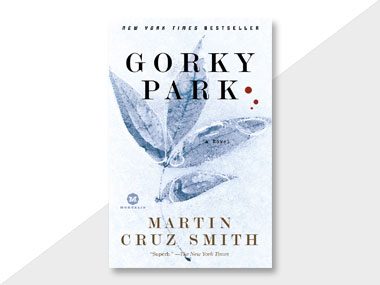 When three mutilated corpses are discovered in Moscow amusement park Gorky Park, the case falls to Arkady Renko, a homicide inspector who must investigate the highest-ranking government elites to crack the case. Smith, a former journalist, draws the reader into the Soviet government’s jungle of bureaucracy and deception. “Arkady Renko is a hero—he knows how much corruption he’s immersed in, but he still pursues the murderers, no matter how well connected they might be,” Abdul-Jabbar says. “He is fearless, and I love these types of characters.” Gorky Park is the first of Smith’s eight novels with Renko as its protagonist. 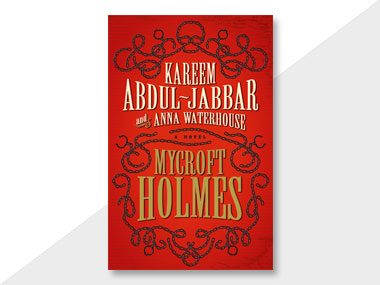 … reimagines Sherlock’s older brother, Mycroft, as an athletic, self-assured young man fresh out of Cambridge and working as secretary to the British Secretary of State for War. When his best friend, a Trinidad-raised African man named Cyrus Douglas, learns of strange disappearances and children being lured to their deaths on the island, the elder, shrewder Holmes brother vows to investigate. Sherlock, then a student at King's College, also makes an appearance. Co-written with screenwriter Anna Waterhouse, the book debuts September 22 from Titan Books.