The sheer, glittering dress dazzled and scandalized America in 1962. We know who wore it, but who designed it, and where is it now? 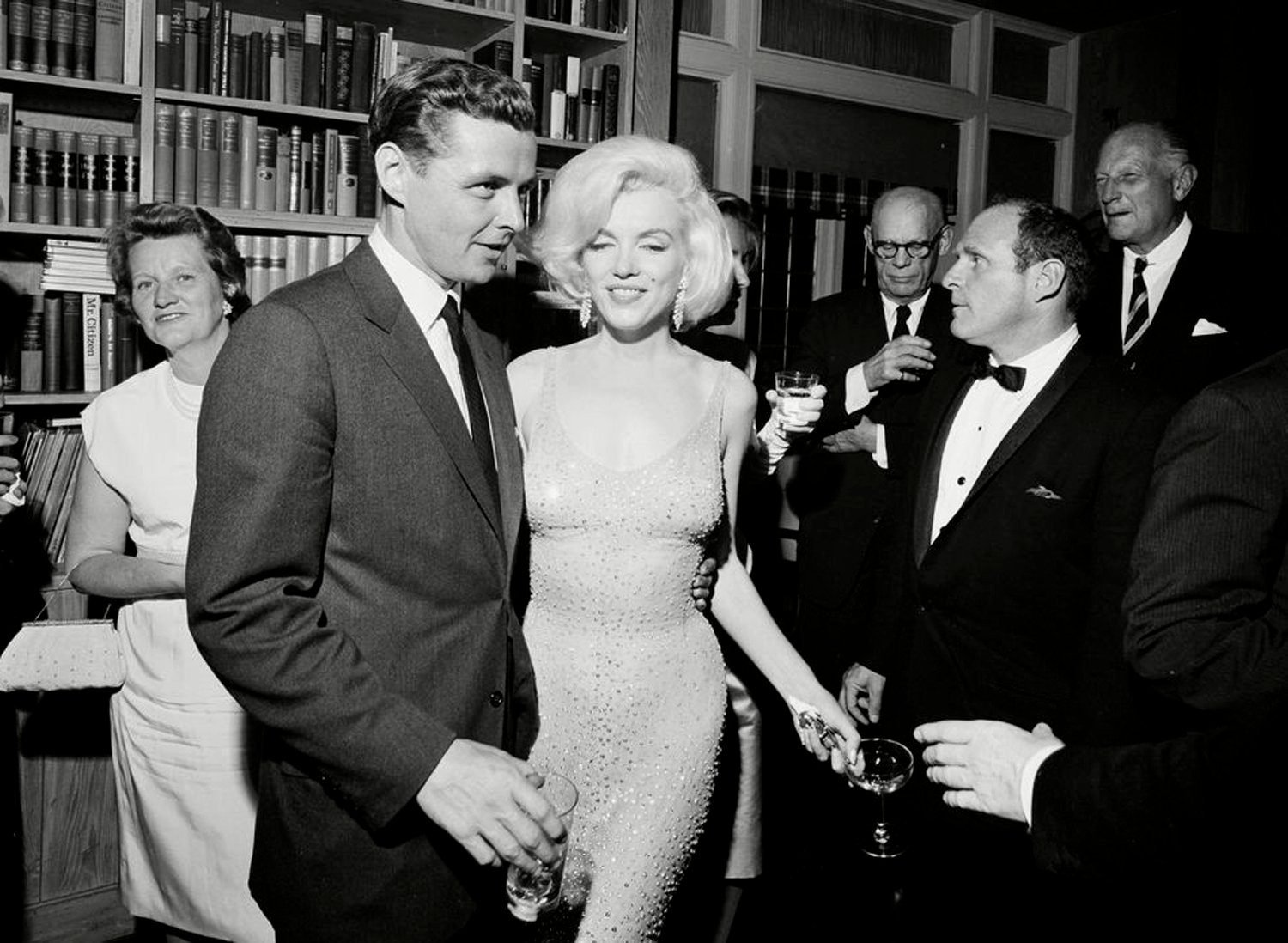 On May 19, 1962, a certain rendition of a familiar tune took a song that people had heard sung countless times and turned it into a history-making moment. Marilyn Monroe’s breathy, seductive take on “Happy Birthday” at a fundraiser for President John F. Kennedy and the Democratic National Committee remains the most famous performance of the song of all time—and is probably up there with the most famous performances of any song of all time!

The fundraiser took place at Madison Square Garden, ten days before Kennedy’s actual 45th birthday. After Kennedy’s brother-in-law Peter Lawford gave a few “false” introductions where Monroe didn’t appear, and some audience members started to doubt that she was actually there, he finally introduced her for real. She took the stage, removed her white fur coat to reveal the breathtaking marquisette dress, and delivered the famous performance. 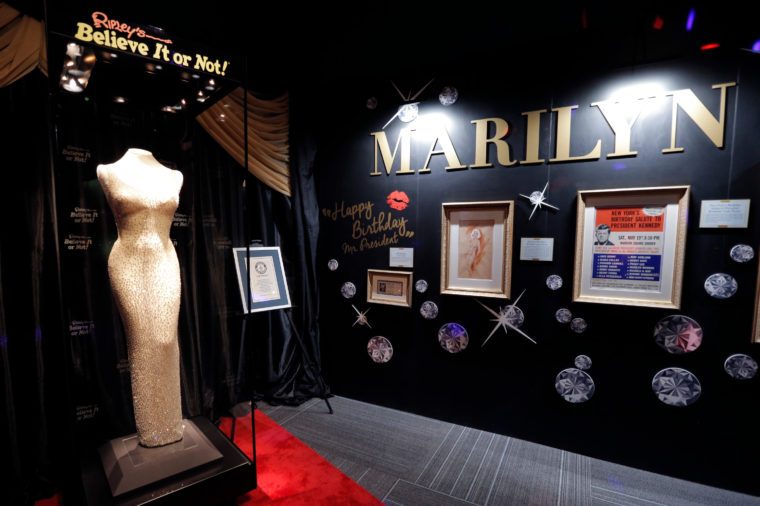 As the photo shows, the dress was sheer and form-fitting, dotted with dazzling beads. What the photo doesn’t specifically show is that there were more than 2,500 rhinestones on it, according to Worn on This Day: The Clothes That Made History. Nor does the photo show that Monroe reportedly had to be sewn into the dress because of how tight it was. She also chose to wear nothing underneath it, according to Vintage News, so that the fit would be flawless, actively courting the “scandalous” discourse that she knew would surround the dress and her performance.

Another lesser-known fact about the “Happy Birthday, Mr. President” dress? Its designer was just out of college. It was the first-ever post-grad project of a young Bob Mackie, who continues to design notable pieces and win awards to this day. Talk about starting strong! Mackie was working for already-acclaimed designer Jean Louis, who completed the piece.

And then there was the cost of the dress. Marilyn Monroe paid $1,440 for it, which would equal around $12,000 in 2019 money. Sure, that’s a little pricey, especially when adjusted for inflation. But after Monroe’s performance, the value of the dress skyrocketed. It sold for $1.26 million at a 1999 auction, almost twice the estimated price, according to Vintage News. But that’s still nothing compared to the $4.8 million that Ripley’s Believe It or Not Museum paid for it in 2016, a purchase that cements it as one of the most expensive pieces of pop-culture memorabilia of all time. It remains at Ripley’s Hollywood Boulevard museum to this day. Singing “Happy Birthday, Mr. President” in that dress is one of her most famous moments, but here are some vintage Marilyn Monroe photos of moments you probably haven’t seen. 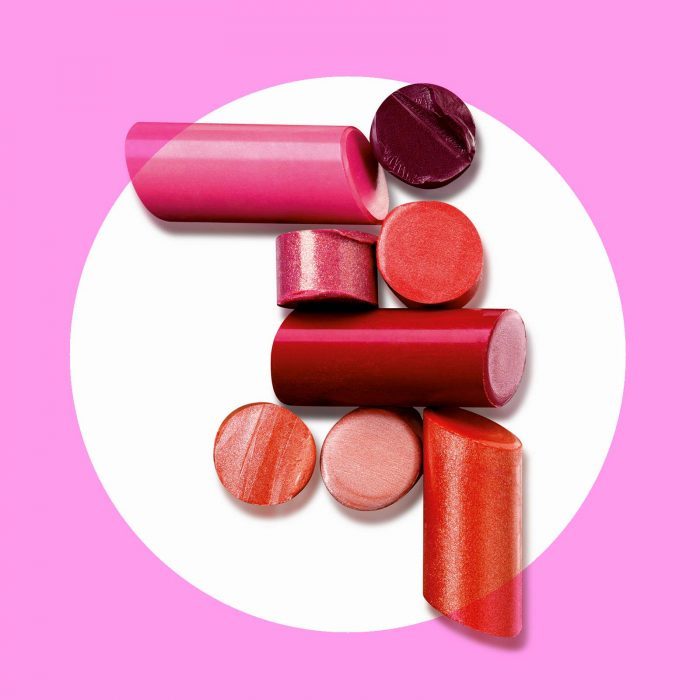 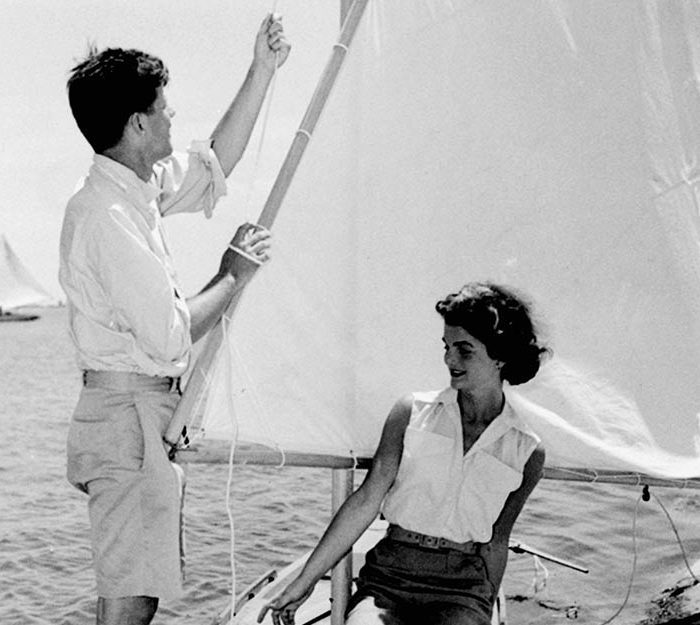 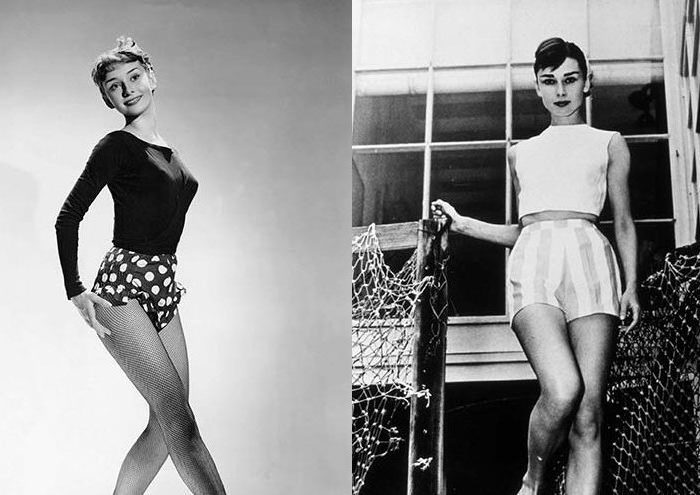 How Audrey Hepburn Stayed So Slim