How Did May the Fourth Become a Star Wars Holiday?

Not all that long ago, in this very galaxy, Star Wars fans found a really good excuse to celebrate their obsession. 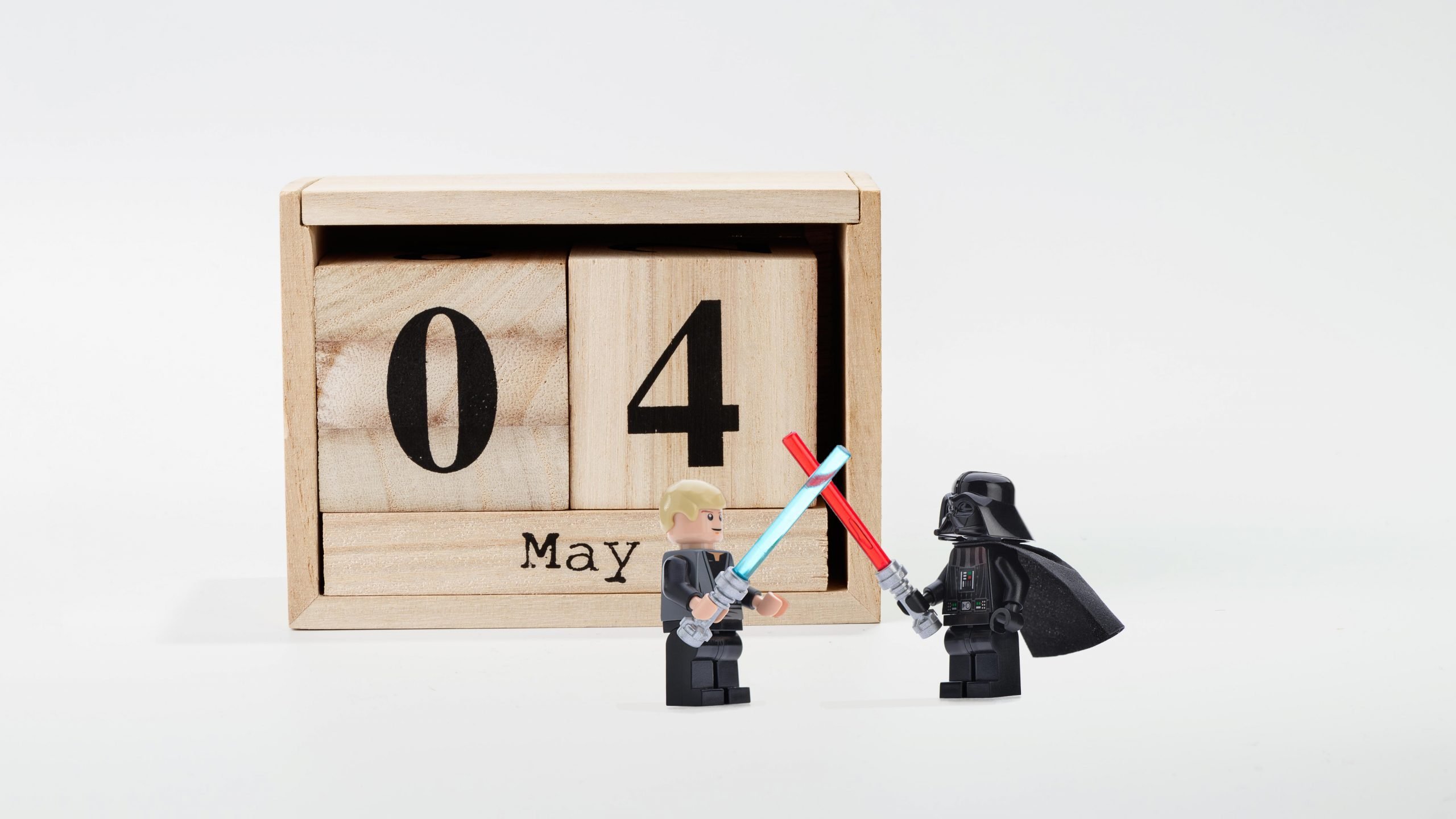 “May the Fourth be with you.”

It’s the famous film pun that launched a holiday, and for good reason. It’s clever, it’s catchy, and, well, everyone loves Star Wars. Even if you’re not a die-hard fan, it’s nearly impossible not to smile just a little bit at this play on Obi-Wan Kenobi’s memorable words to Luke Skywalker in A New Hope: “May the Force be with you.” But just how did that clever turn of phrase turn into a bonafide Star Wars holiday that fans celebrate on the fourth of May every year? We decided to investigate.

If you thought this phrase came from George Lucas or a really smart marketing team, you’d be wrong. So, it must be the day that the first movie premiered way back in 1977, right? Wrong, again! (For the record, it premiered on May 25 of that year.) No, credit for that pun goes to England’s conservative party, the Tories, after Margaret Thatcher won the election to become the first female Prime Minister of the United Kingdom on May 4, 1979. The group took out a newspaper ad that stated, “May the Fourth be with you, Maggie. Congratulations,” according to Newsweek. Here are some Star Wars facts about the movies everyone gets wrong, too.

While the pun stuck and became popular with Star Wars fans, it didn’t cross over into mainstream pop culture for another 20 years, says Dan Madsen, founder of the Official Lucasfilm/Star Wars Fan Club and founder and former publisher of Star Wars Insider magazine. “It wasn’t until the early 2000s that the Star Wars holiday became much more in the public eye due to the fact that fans were using it constantly on social media,” he explains. Giving things an extra boost, the Toronto Underground Cinema hosted the first big organized event to celebrate the day in 2011, complete with screenings of the movies and a celebrity-judged costume contest.

When it became an actual holiday

Once Disney bought Lucasfilm in 2012, things got serious. May the Fourth got the Disney treatment and became, as The Verge aptly describes, “half earnest celebration, half shameless marketing bonanza” in 2013. It suddenly involved official events and a logo, calls to dress up on the big day at the Disney parks, movie screenings, fireworks shows, dance parties, merchandising deals, and so much more. 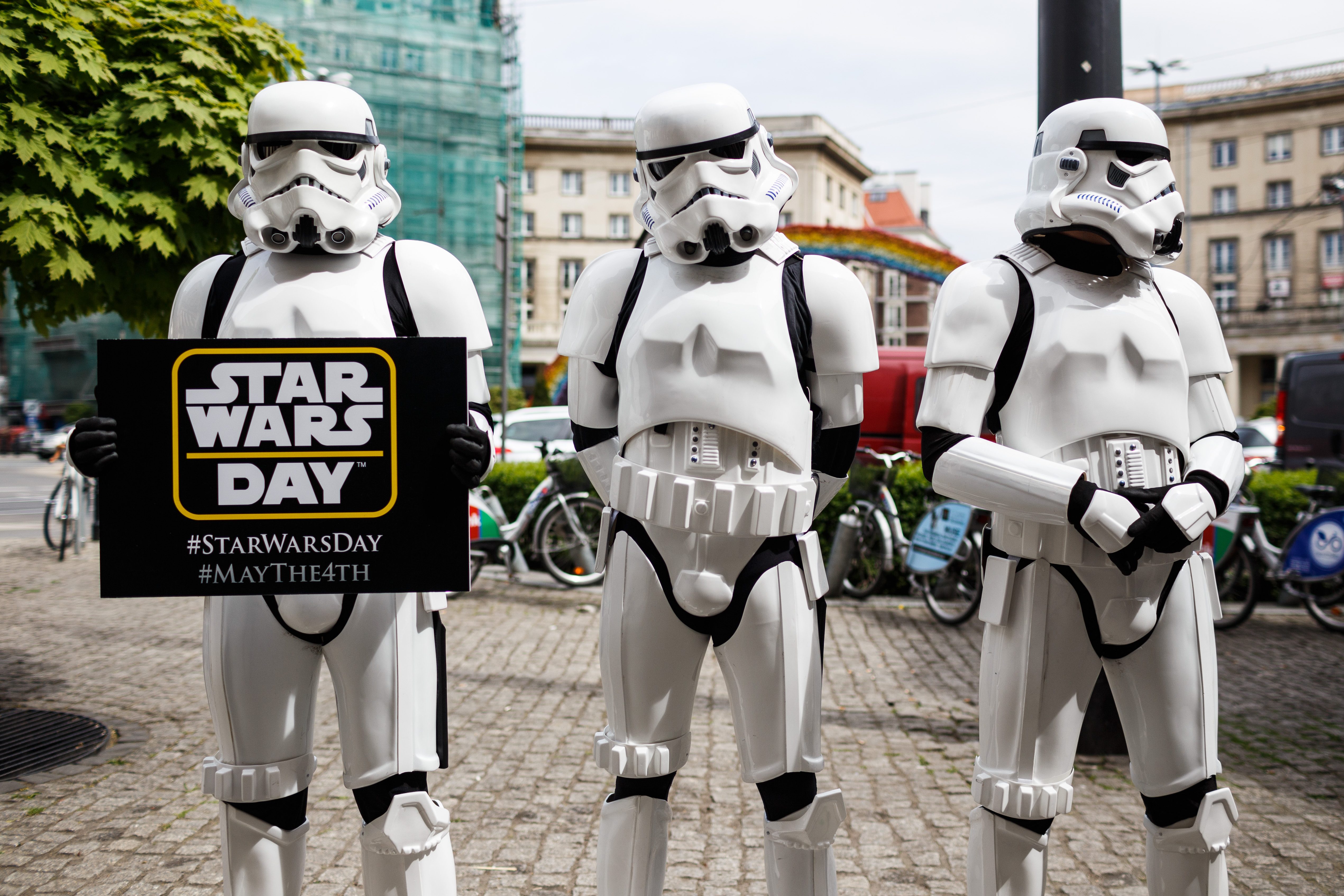 Gallo Images/Getty Images
While cynics may scoff at this unabashed day of branding, there’s a reason why fans still embrace it as a Star Wars holiday. “It began by the fans, for the fans. Unlike Valentine’s Day or National Enchilada Day, it didn’t begin as a corporate cash grab. It was started as a way for the Star Wars community to bask in their shared love of all things Jedi,” says Mike Avila, author and host of SYFY WIRE’s Behind the Panel podcast. “Once Disney bought Lucasfilm and the Star Wars franchise, it made perfect sense for them to embrace it. The marketing plan was already built for them.”

Still, it was more of an unofficial holiday than an actual holiday. Until the California Legislature voted to officially turn May 4 into “Star Wars Day,” in 2019. Why? It was in recognition of Star Wars: Galaxy’s Edge opening in Disneyland, which could bring an estimated $14 million in tax revenue to Anaheim every year, and to recognize Disney’s “decades-long record of enhancing the quality of life for people in California and beyond,” according to Democratic Assemblyman Tom Daly.

Star Wars fans don’t mess around. Oh, sure, there are the simple “May the Fourth be with you” wishes on social media, but then there are the Star Wars parties, the themed food, the movie marathons, the new product releases, and the charity events.

One of Madsen’s favorite May the Fourth events involves the Star Wars costume group the 501st, which makes appearances at children’s hospitals. (The group’s name, by the way, refers to the 501st Legion, Darth Vader’s elite group of stormtroopers.) “The 501st doesn’t just do this on May the Fourth. They make appearances all year round, but May the Fourth is special,” Madsen says. “You can imagine how the kids’ eyes light up when Darth Vader and his stormtroopers come walking into their room!”

Of course, this year’s celebrations will be a little different because of the novel coronavirus. Still, Madsen says, fans will be celebrating online, having Zoom Star Wars parties, reading Star Wars books, and wishing other fans, “May the Fourth be with you” from a distance. Avila adds that the product releases and purchases will still be going strong. This year, two notable releases include LEGO’s new large-scale A-Wing Starfighter set and Hasbro’s retro-styled 40th Anniversary Empire Strikes Back action figures. “The merchandise is just as important to the ongoing success of Star Wars as the movies,” he says. “Buying T-shirts, mugs, bedsheets, and remote control R2-D2s and BB-8s are as much a part of being part of ‘Star Wars culture’ as quoting every line of dialogue from The Empire Strikes Back.”

Superfans, take note: When things are back to normal, you can actually visit these 20 Star Wars filming locations.

What’s next for Star Wars

Worried because the Skywalker story has come to an end? Don’t be. Star Wars is still strong with the Force…of Disney. Madsen notes that there had been talk of a new Star Wars movie for 2022, though that date will now likely be moved back. Disney+ is working on several new live-action series, including one with Ewan McGregor reprising his role as Obi-Wan, a Rogue One prequel series, and a newly rumored female-focused Star Wars show.

“I believe television is the future for the franchise,” Avila says. “The Mandalorian was fantastic. And another show to catch up on if you haven’t seen it is the animated series Star Wars: The Clone Wars. It is one of the greatest accomplishments in the entire history of Star Wars, across any medium. Its seventh and final season is about to finish, with the final episode airing on Disney+ on—yep—May 4.”

And, as a special treat to Star Wars fans, Disney+ announced The Rise of Skywalker will be available on the channel on May 4, two months earlier than planned.

Next, see if you can answer these 10 Star Wars questions from Jeopardy! 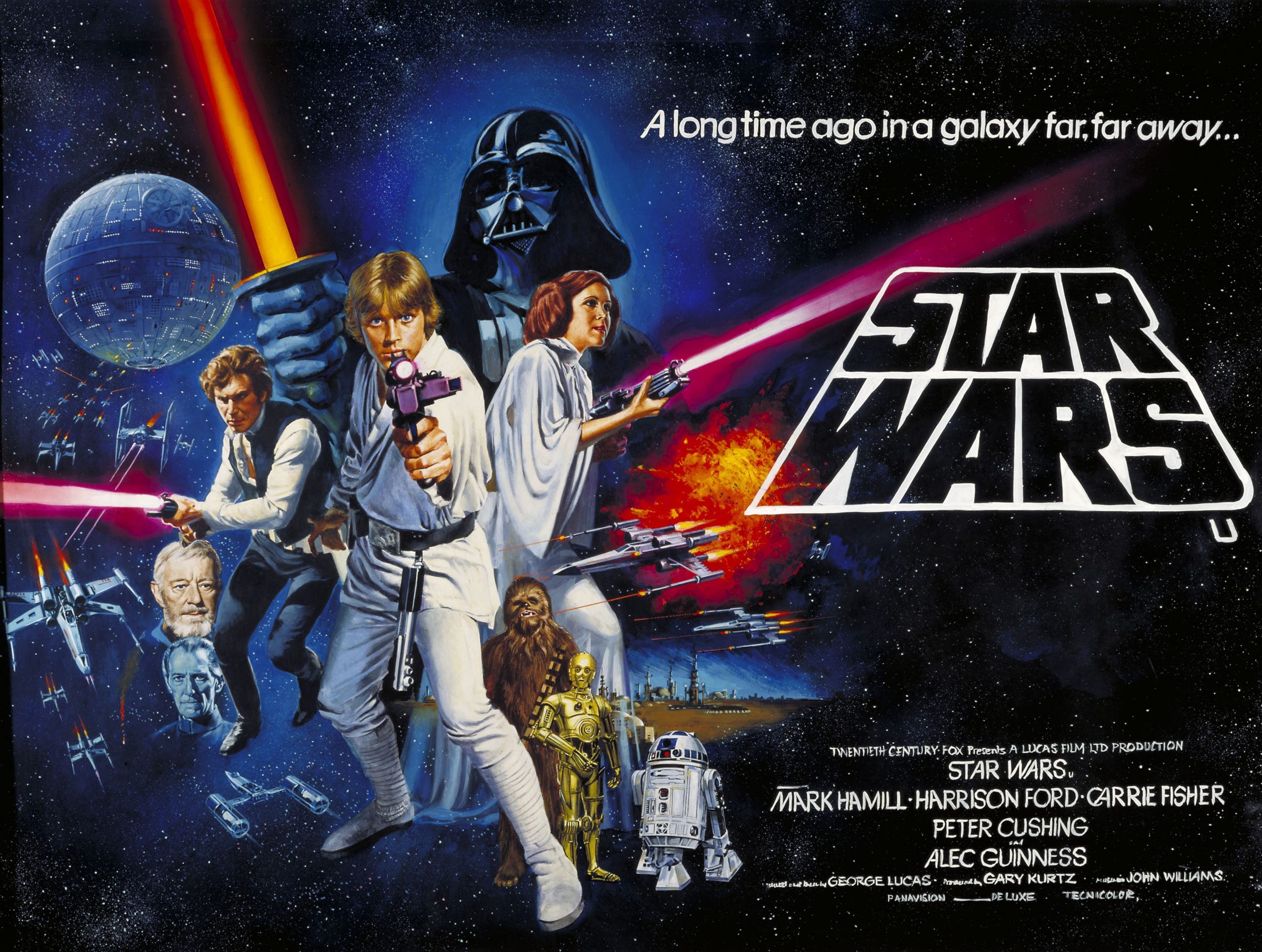 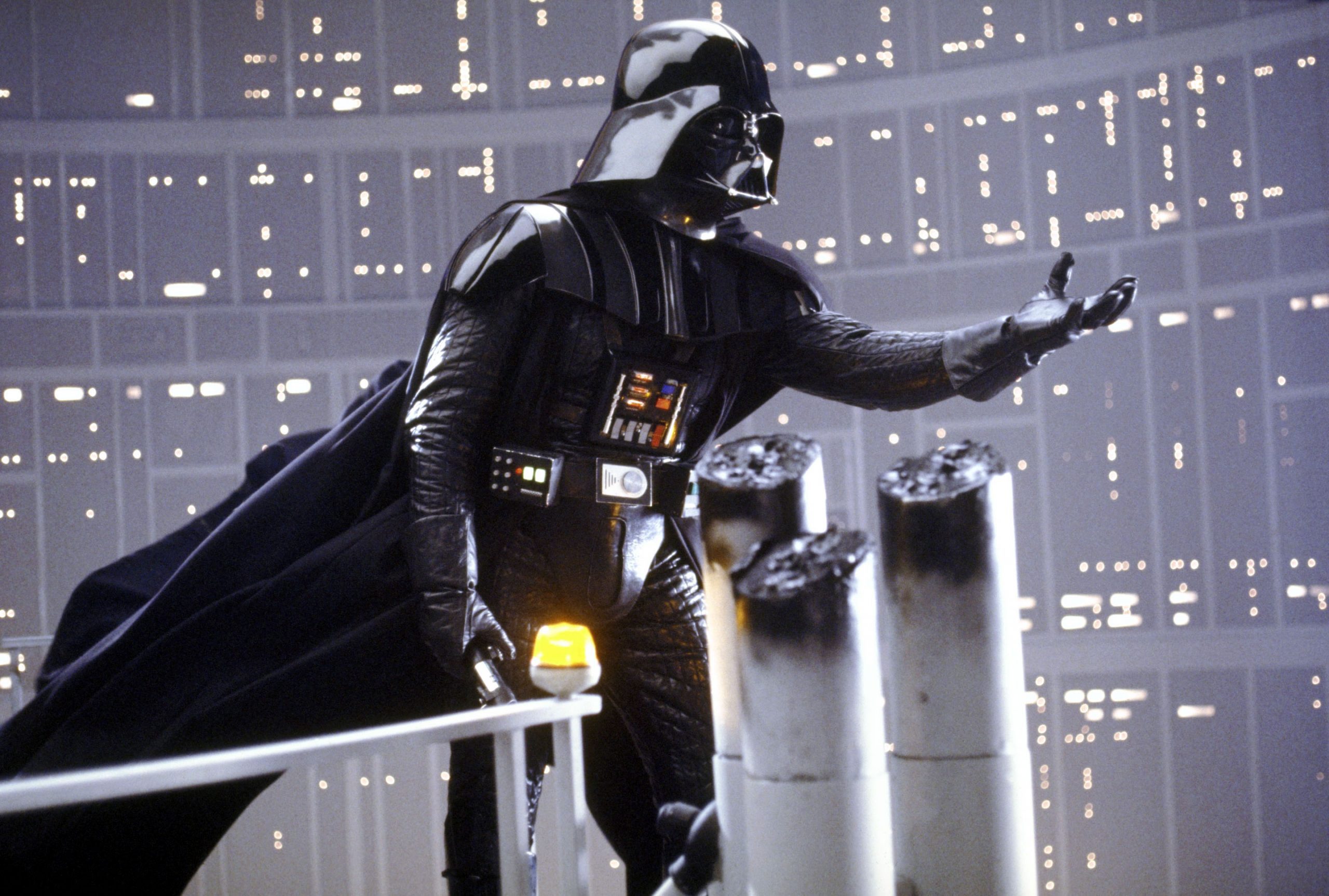 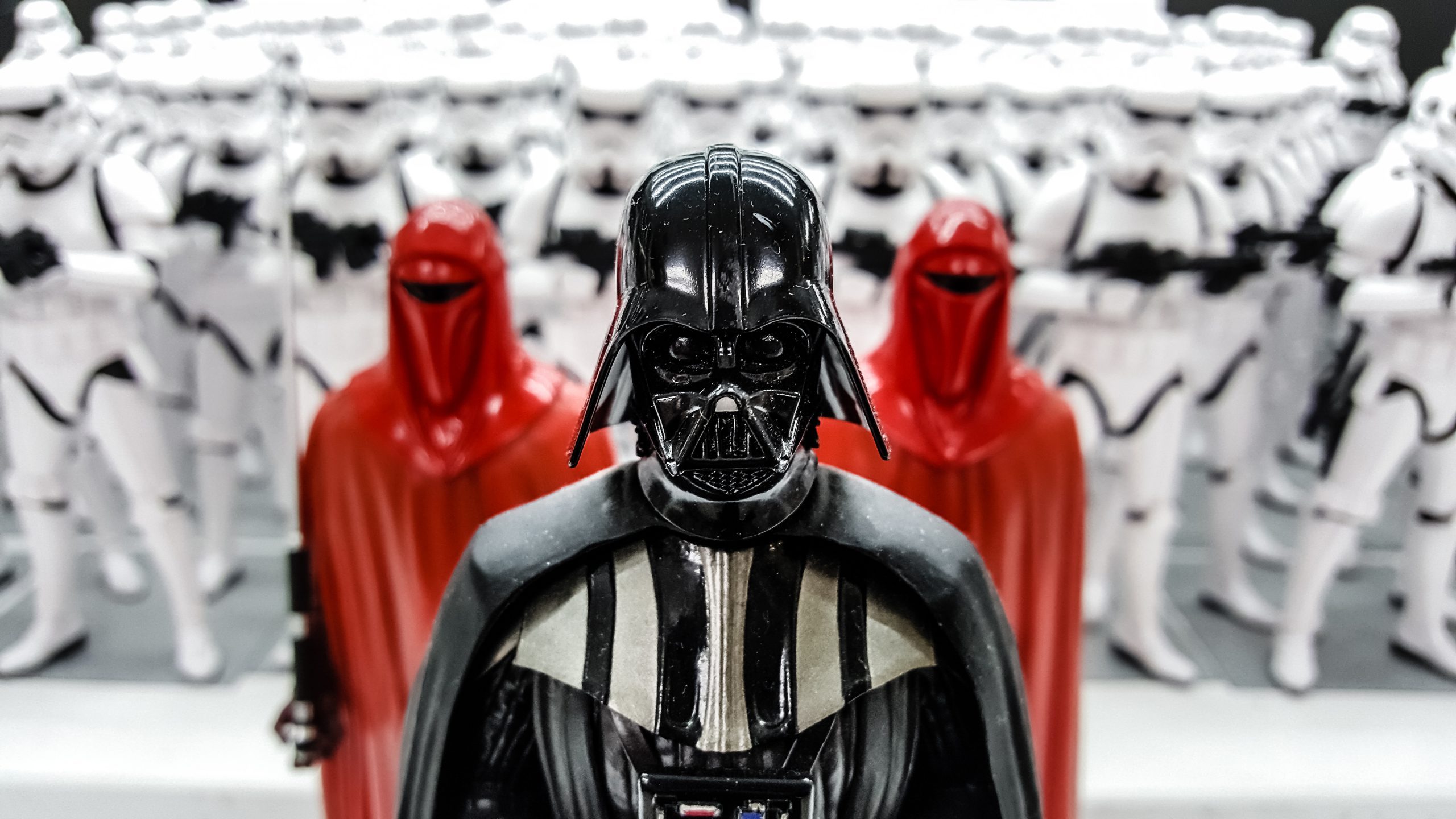 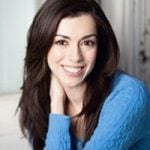 Dawn Yanek
Dawn Yanek is a professional writer, editor, and on-air personality with a strong pop-culture and marketing background who has appeared on more than 2,500 live and taped TV segments. She lives in New York with her husband and their two very sweet, insanely energetic kids.