The 15 Most Inspiring Women Alive Today

These women are doing great things and leading by example. 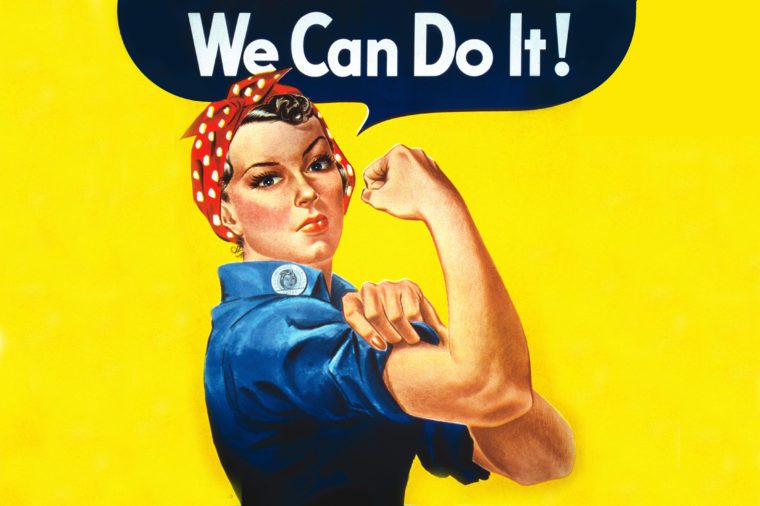 Names you should know

During Women's History Month in March, we honor the legacies of the women before us who led the charge for change in their own way. From suffragist Susan B. Anthony to civil rights activist Rosa Parks, they helped to shape the lives of not only the women who came after them but the world at large. Today there are many inspiring women picking up where these fierce females left off, working tirelessly for the greater good and creating history in their own right. You'll also want to know about pioneering women who changed the world. 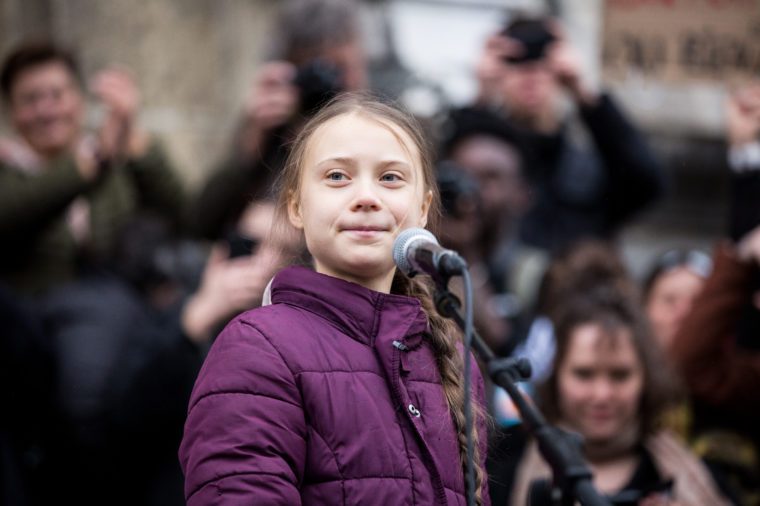 No matter where you stand on the issue of climate change, you've likely heard the name Greta Thunberg. The 17-year-old climate activist was recently nominated for a Nobel Prize for a second year in a row (she has yet to win the coveted honor). The teen, who was named as TIME's Person of the Year in 2019, was first noticed when, in August 2018, she campaigned outside of the Swedish Parliament holding a sign that read "School Strike for Climate." Since then she has caught the attention of heads of state, with whom she has addressed about her climate and environmental concerns. Thunberg has recently set up a nonprofit foundation for her #FridaysForFuture campaign. She also made our list of 11 young women who are about to change the world. 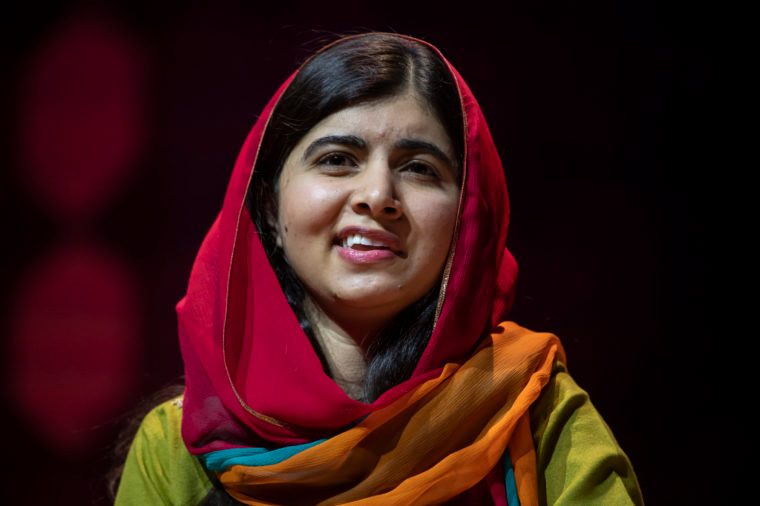 All Pakistan-born Malala Yousafzai wanted was an education, the same education provided to her male peers. Her father, Ziauddin Yousafzai, ran a girls' school in the village in which they lived, however when the Taliban moved in, they ordered the school to be shut down as they didn't believe girls should receive an education. Not one to be deterred, Yousafzai continued to pursue her education but, in 2012, was confronted by a gunman on her school bus who shot her in the left side of her face. Now age 23, she and her family live in the United Kingdom and Youfsafzai founded the Malala Fund, a nonprofit whose aim is to give girls everywhere a chance at the future they deserve. She received the Nobel Peace Prize for her work in 2014. The right to an education is one of 13 children's rights that aren't universal but should be. 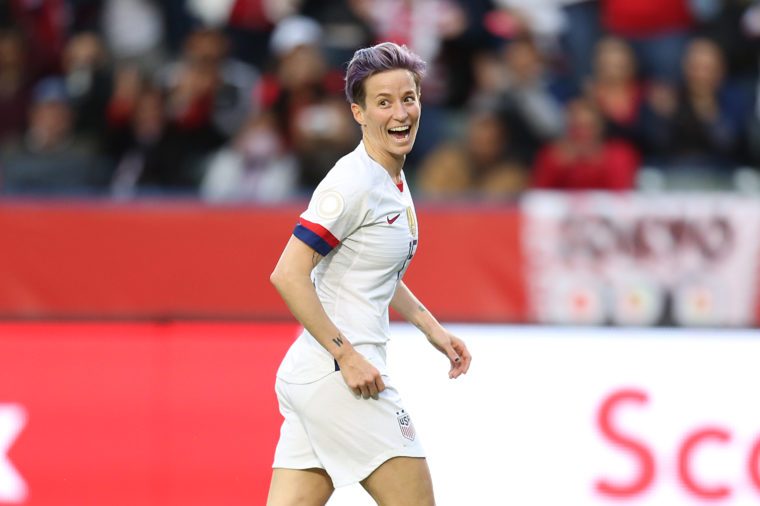 
You may have first heard the name Megan Rapinoe when she famously led the U.S. Women's National Soccer team to become World Cup Champions in 2019. But there's so much more to the 34-year-old than her athleticism on the field. Rapinoe is a staunch women's rights advocate who has taken on the dubious task of fighting for equal pay in sports. According to CNN, she is currently suing the United States Soccer Federation for alleged gender discrimination. "Don't settle for anything less, go for equal, go for more, don't accept any of these sort of antiquated and BS answers," Rapinoe said in an interview with BBC on her fight for equal pay. Learn about more incredible women you didn't learn about in history class. 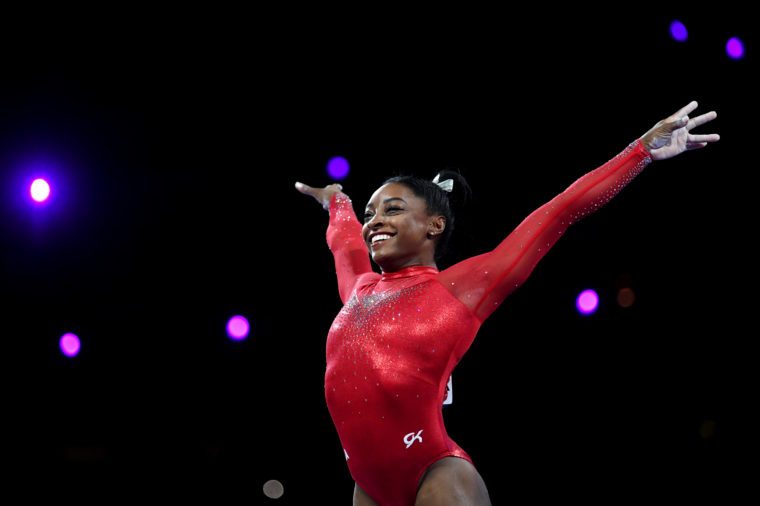 If you've ever watched gymnast Simone Biles take the floor (or the vault, balance beam, or uneven bars) for one of her impressive routines, surely you've been inspired to get off your butt and do something...anything! But factor in that the 23-year-old is also the first woman to win four straight U.S. all-around titles in 42 years at the 2016 P&G Championships and owns the most world medals in U.S. history (that would be 14) and the most world championships gold medals of any female gymnast (that would be ten) and you can see why she makes this list of inspirational women. Biles, who was diagnosed with ADHD as a kid, is also known for speaking openly about the disorder and advocates for those living with the chronic condition. Love gymnastics? Don't miss the history of the Olympics gymnastics leotard. 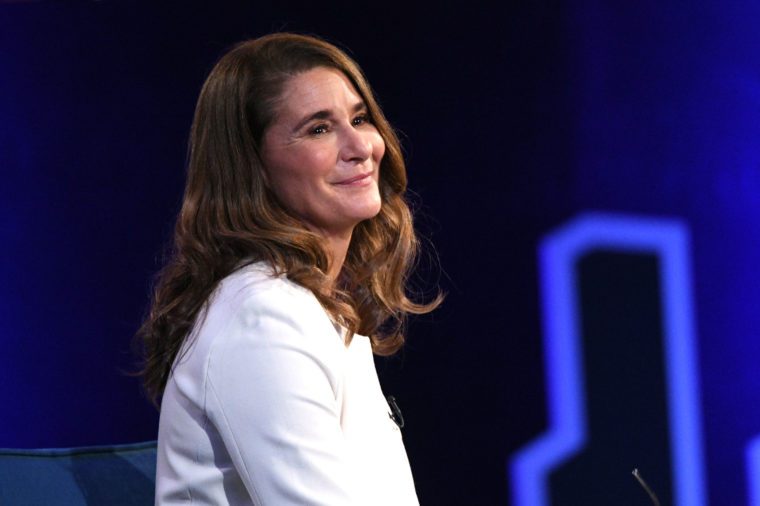 As a philanthropist and well-regarded businesswoman in the tech space, Melinda Gates champions women's equality and works to improve the lives of the impoverished through the Bill & Melinda Gates Foundation, of which she is a co-chair with her husband. According to Fast Company, Gates' investment company Pivotal Ventures aims to increase the role and power of women in the tech sector. While addressing the crowd at Stanford University's commencement ceremony in 2014, she had this to say about helping others and doing good: "Optimism for me isn't a passive expectation that things will get better; it's a conviction that we can make things better — that whatever suffering we see, no matter how bad it is, we can help people if we don't lose hope and we don't look away." There are 17 more of the most inspiring quotes from commencement speeches. 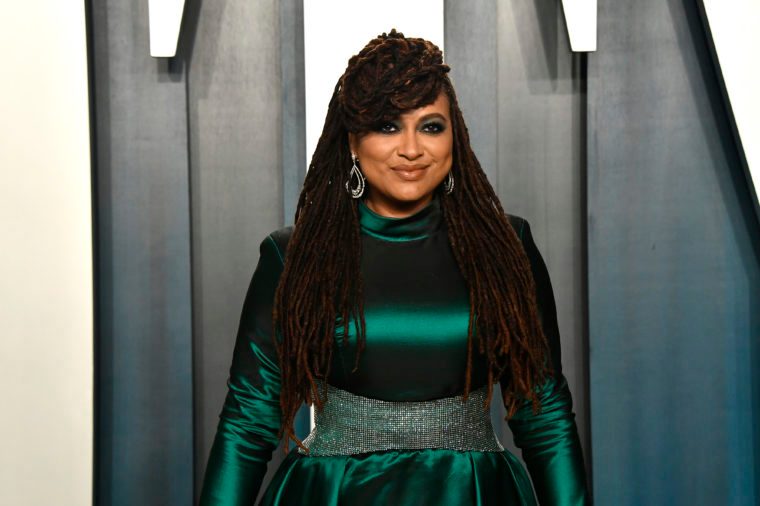 The idea of shaking up a business category that has been around a long as the film industry seems like it would be an intimidating thing to do. Filmmaker Ava Duvernay is changing that. With her powerful projects that focus on fighting for justice (like her feature film Selma), she is doing more than just entertaining, she is educating. In an interview with Smithsonian Magazine Duvernay shed some light on the way she works and why it works: "I try to be a shapeshifter and do a lot of things. A: because I can. B: because the traditional walls collapsed so there's more flexibility, and C: because you can't hit a moving target." Stream these 14 important films during Women's History Month. 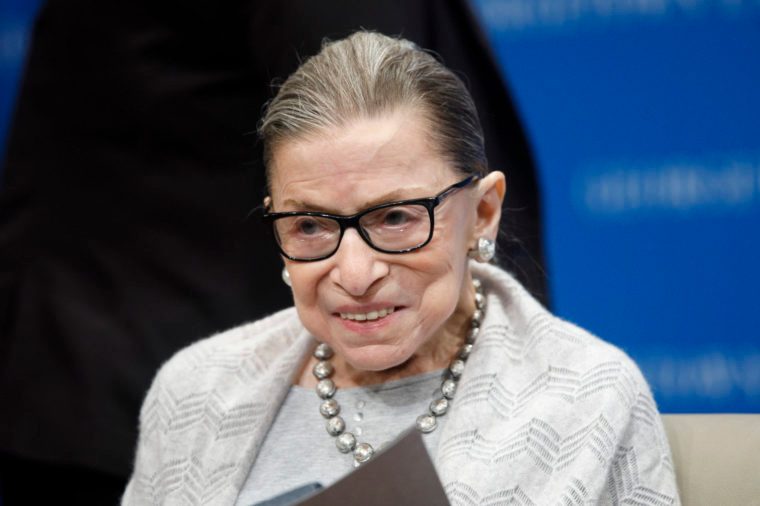 Nominated by then-President Bill Clinton in 1993, Ruth Bader Ginsberg (or RBG as she's nicknamed by her adoring fans) became only the second woman to serve on the Supreme Court bench in the federal judiciary's history. A fierce fighter for gender equality, Ginsberg won the Berggruen Prize for Philosophy & Culture in 2019. According to CNN, the award, which included $1 million in prize money that went to a nonprofit of her choice, was given because of her contributions to social justice and overall equality. Of the current Supreme Court justices, Ginsberg has served on the bench the second-longest, just two years less than Clarence Thomas who was appointed in 1991. Learn about all the ways RBG has made history. 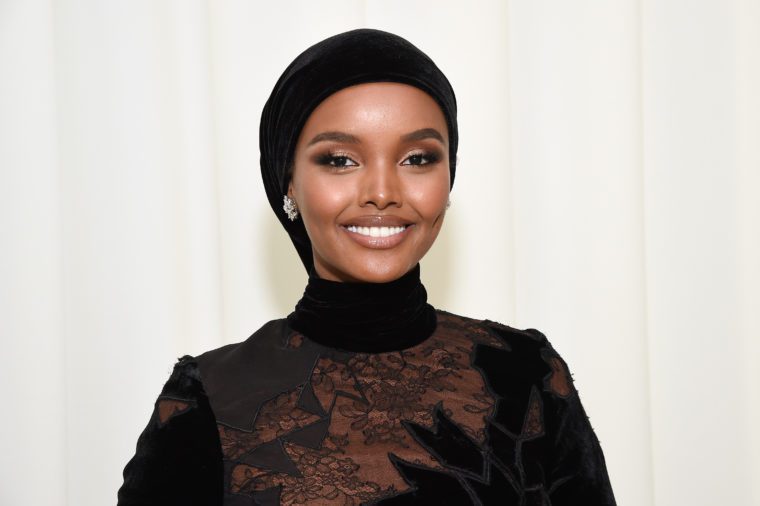 You might not think that the words model and activist are often used to describe the same person, but Halima Aden is just that. The 22-year-old first showed courage and pride in her culture for being the first contestant to wear a hijab (a head covering worn by Muslim women) in the Miss Minnesota USA pageant. She then became the first woman to wear a hijab in Sports Illustrated's annual Swimsuit Issue, advocating for greater diversity and inclusivity. "It's important for me to be visible and to do whatever I can to let girls know that they don't have to change who they are," she said in an interview with Essence. "I want them to know the world will meet them exactly where they stand." You will love these confidence-boosting quotes from 20 women throughout history. 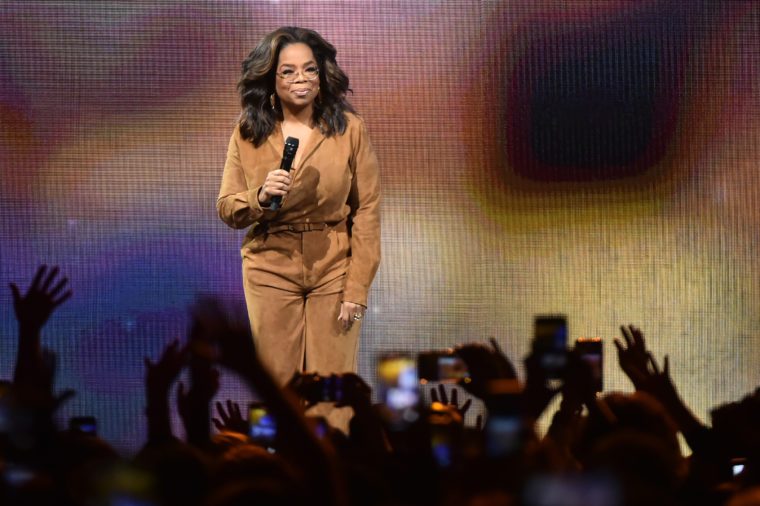 Can you remember a time when Oprah Winfrey wasn't inspiring the masses? The business mogul and philanthropist has been honored for her selfless efforts countless times, like when she received the Bob Hope Humanitarian Award in 2002 and the Jean Hersholt Humanitarian Award in 2011. Winfrey started a school for girls in Africa to help them meet their educational goals and became the first black female billionaire in history. "I think all the work I do is about opening the heart space," she tells Daily Word. "My whole career (has been) trying to get people to see how other people's stories mirror or reflect into their own stories. Many times it's easier to see it when you're looking at a reflection rather than looking at yourself." These are more Oprah quotes to help you seize the day.