The Most Popular Candy the Year You Were Born

Our love affair with candy is a tale as old as time, but our tastes have clearly changed over the years... 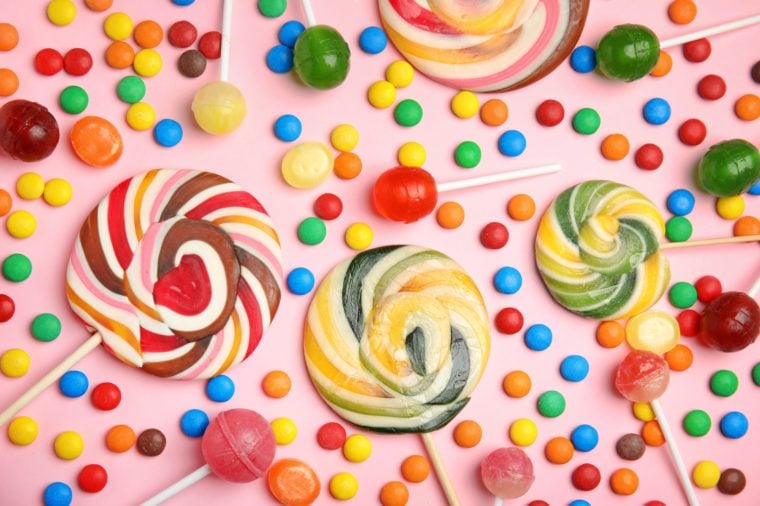 Do you remember your favorite childhood candy? Or the candy that your grandparents always had sitting out in their kitchen? Re-live those memories by satisfying your sweet tooth. Read on for the most popular candy the year you were born. 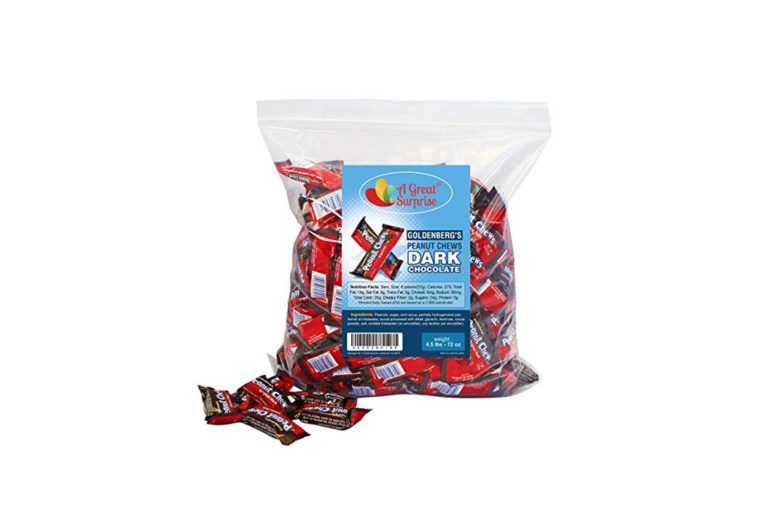 Although Goldenberg's Peanut Chews were invented in 1917—as a high-protein energy ration for World War I troops—they weren't available for retail sale until 1921, at which point they exploded onto the American scene with their patriotic origins story and their nutty, nougatty flavor that, come to think of it, has a lot in common with today's big favorite, the Snickers bar (except Goldenberg's was made with bittersweet chocolate, not milk chocolate). Don't miss these 14 mind-blowing facts you probably never knew about Halloween candy. 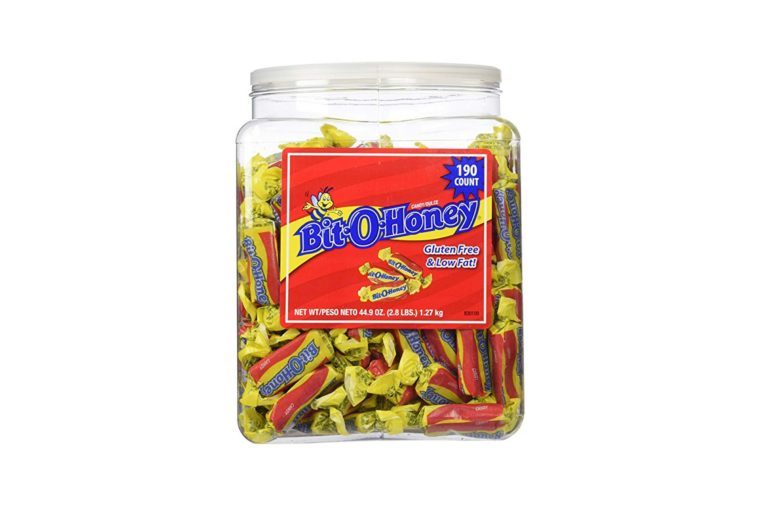 Bit-O-Honey, a chewy candy with a honey-nut flavor that's a primal hark-back to the candy-stylings of ancient times, was introduced in 1924. Now owned by Nestlé, it's still popular to this day. This tradition is why we hand out candy on Halloween. 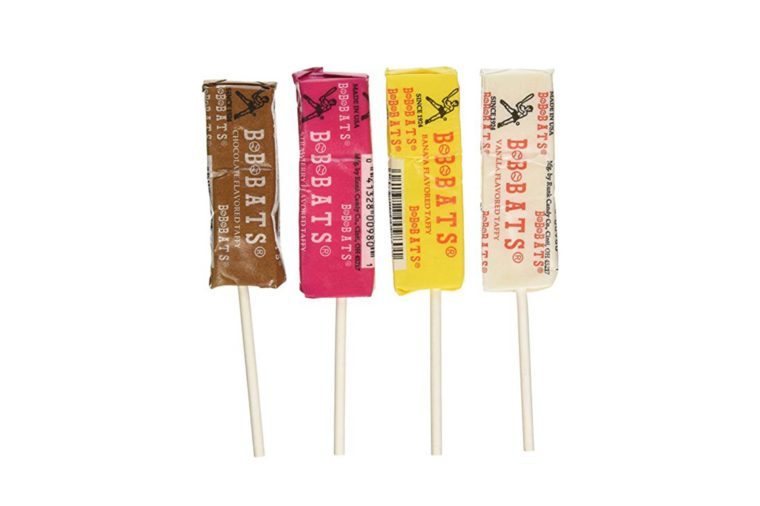 The Fair Play Caramel Company started producing these rectangular taffy-on-a-stick candies in 1924 in chocolate, vanilla, strawberry, and banana, but it's the banana flavor that captured the attention of youngsters in 1925, which may explain why Banana BB Bats were still appearing in Halloween loot-bags for generations to come. Psst... here's one brick and mortar store where you can find all your favorite old-timey candy. 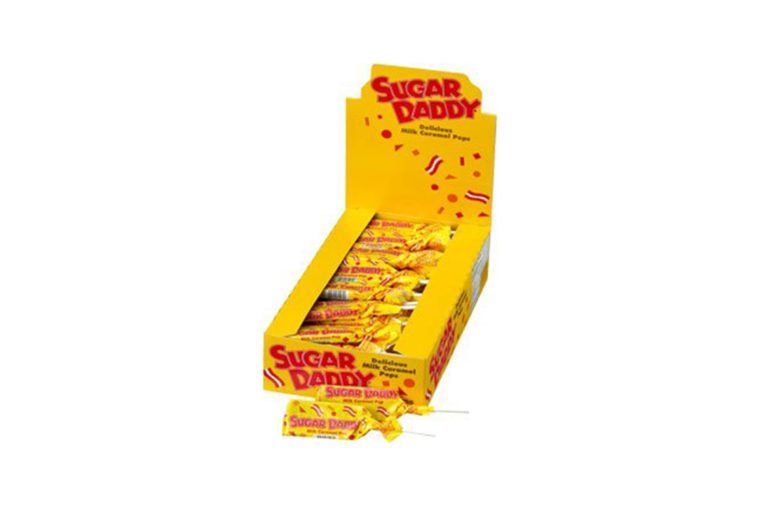 When it first came out in 1925, the Sugar Daddy, a rectangular caramel sucker on a stick, was called the "Papa Sucker." Invented by Robert Welch, the name was intended to refer to this candy being the "papa" of all "pops." The name was changed in 1932 to suggest a "wealth of sweetness." Find out healthy alternatives to your favorite Halloween treats. 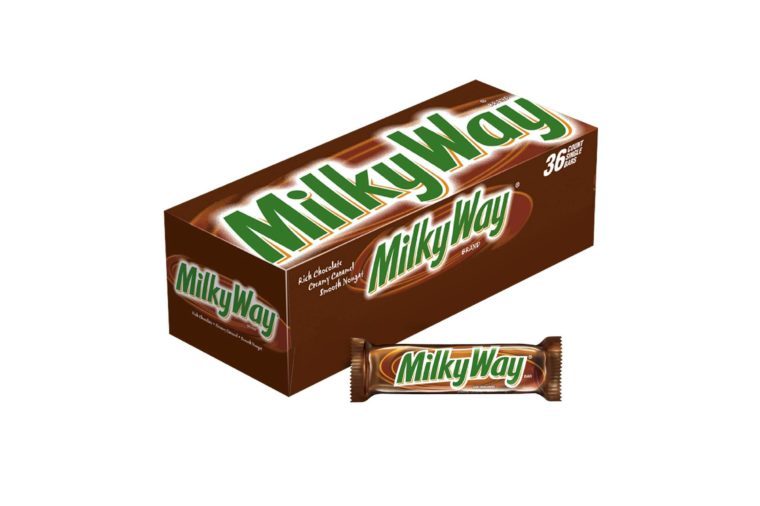 The Milky Way bar was invented in 1923 to be a "Chocolate Malted Milk In a Candy Bar." It took three years of research but caught on quickly, and by 1926 was the most popular filled-chocolate bar. 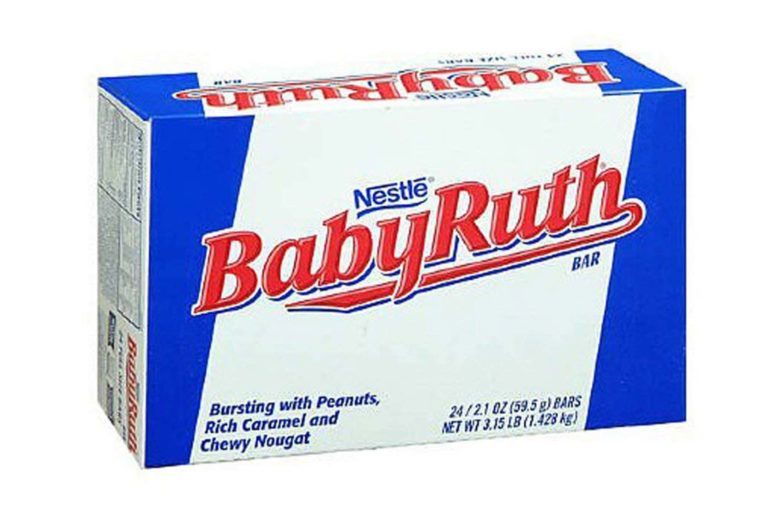 Baby Ruth, the iconic American candy bar made of peanuts, caramel, and chocolate flavored nougat, covered in chocolate was most likely named for Babe Ruth, the baseball star, who in 1921 when this candy bar was invented, was already stealing headlines as well as bases. However, likely to get around compensating Ruth, the makers claimed it was named after President Grover Cleveland's late daughter. By 1928, it was the most popular five-cent candy in the United States. 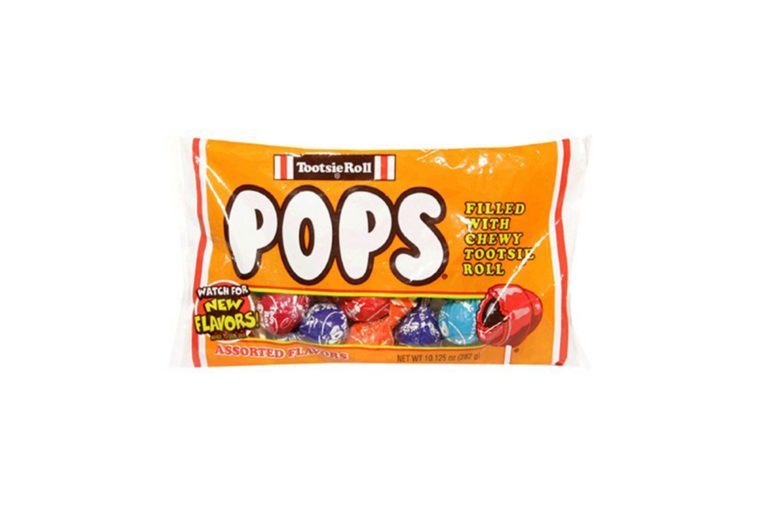 Leo Hirschfeld invented Tootsie Rolls in 1896 and named them for his daughter, Clara (her nickname was "Tootsie"). They were sold as penny candy and didn't get a huge amount of attention until 1931 when Tootsie Pops were introduced. To this day, it's believed that no one has ever been able to figure out "how many licks" it takes to reach the center! Here's how your kid can win a lollipop from Trader Joes... plus 10 other Trader Joes secrets. 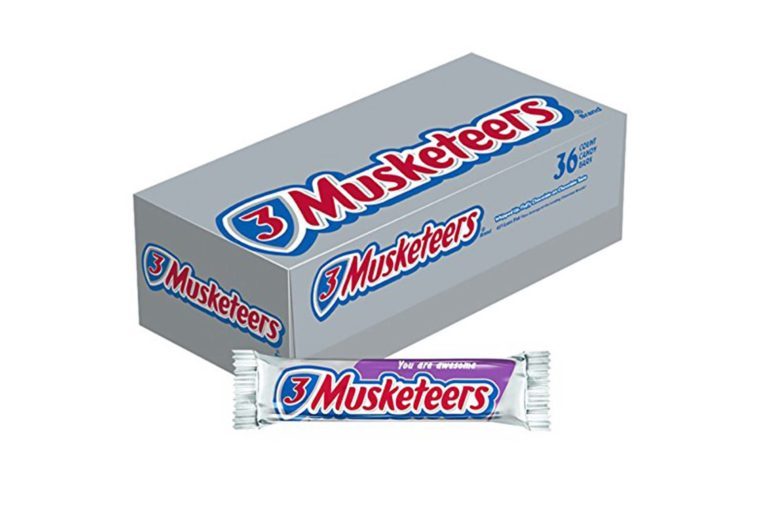 In 1932, the 3 Musketeers bar was a three-flavor candy bar, consisting of one vanilla-, one chocolate-, and one strawberry-nougat-filled piece. Its clever marketing as "the candy so big you can share it with two friends" made it an instant hit, but during World War II, with sugar rationing ratcheting production prices higher, the Mars company decided to go with all chocolate to help keep costs down. 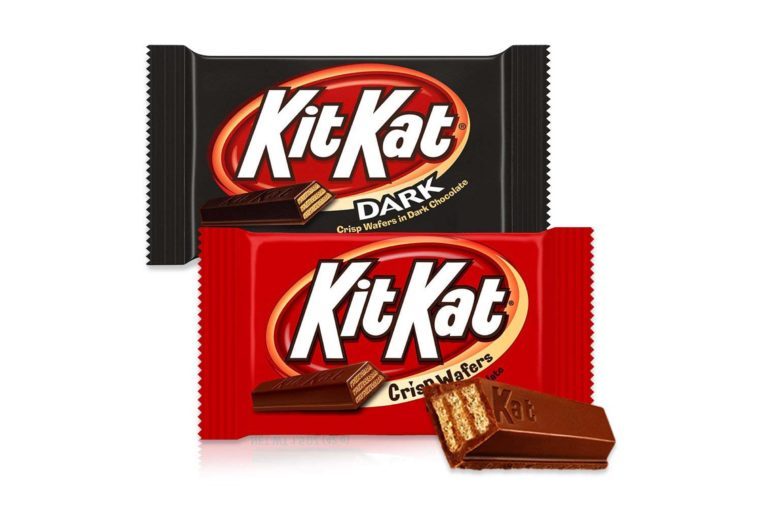 "The four finger chocolate covered wafer was first released in London in 1935 under the name Rowntree's Chocolate Crisp," according to 24/7 Wall Street, but it didn't take off in popularity until two years later, when it was renamed "Kit Kat" and the word "break" (as in "break me off a piece of that Kit Kat bar") became part of its marketing. Find out how to make your own delicious candy.