Can you find it in the night sky?

Ever had trouble getting your kids interested in science? You’re not alone. That’s why astronomers have created some new constellations with a bit more appeal than the Big Dipper.

The Big Bang Fair, a U.K. science fair for budding scientists and engineers polled 7- to 19-year-olds and found that 72 percent had never tried to find a constellation, and 29 percent admitted they wouldn’t be able to name a single constellation by its picture. (If you’re trying to get your kids motivated to learn, steal these 10 habits of parents who raise successful kids.)

More than half of the 88 constellations recognized by the International Astronomical Union date back to ancient Greece, so the star signs might seem a bit outdated to kids. To drum up some new excitement about space, The Big Bang Fair teamed up with University of Birmingham astronomers to find some more modern connect-the-dots in the night sky. And, boy, did they come up with some cool, new designs!

The one we’re most excited about? Harry Potter! Face the northeast in March, when the constellation is most visible, and you just might be able to spot his glasses in the dark. (Check out this hidden message you never noticed in Harry Potter and the Sorcerer’s Stone.) 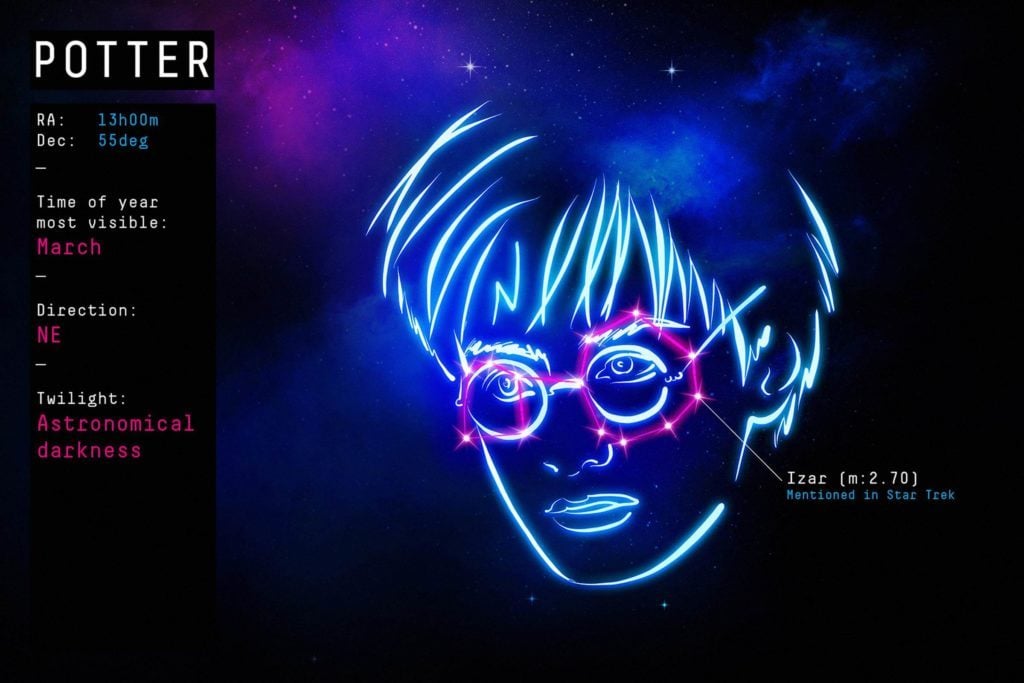 J.K. Rowling’s most famous character wasn’t the only one to reach star status though. Paddington Bear’s boots can also be spotted in the sky now, along with Serena Williams and her tennis racket. (Don’t miss these other 12 most mind-boggling scientific discoveries of the year.) 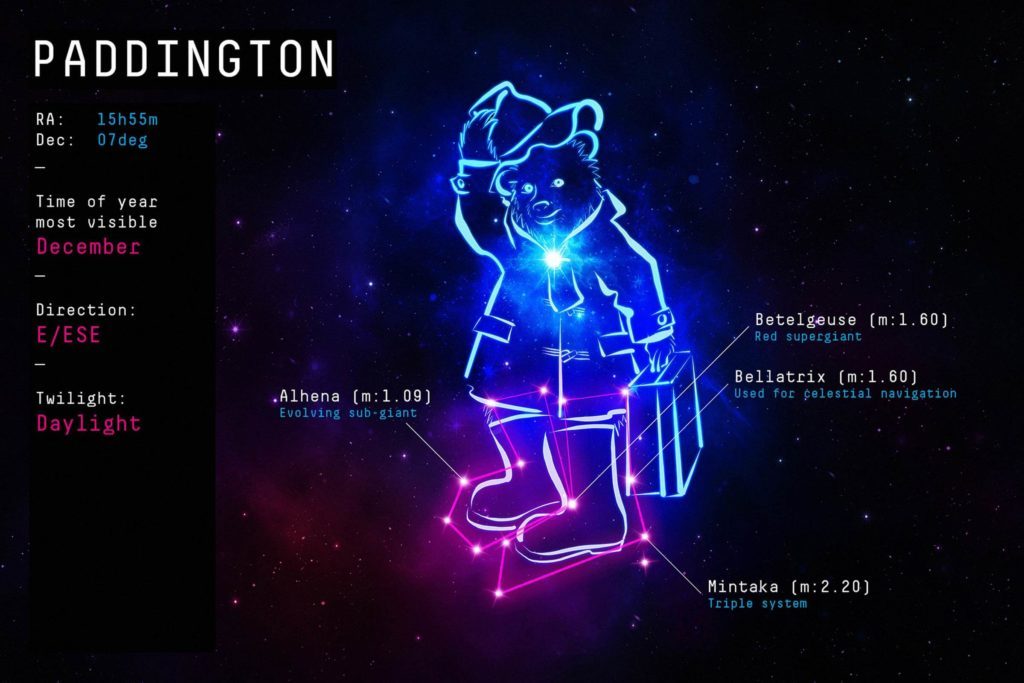 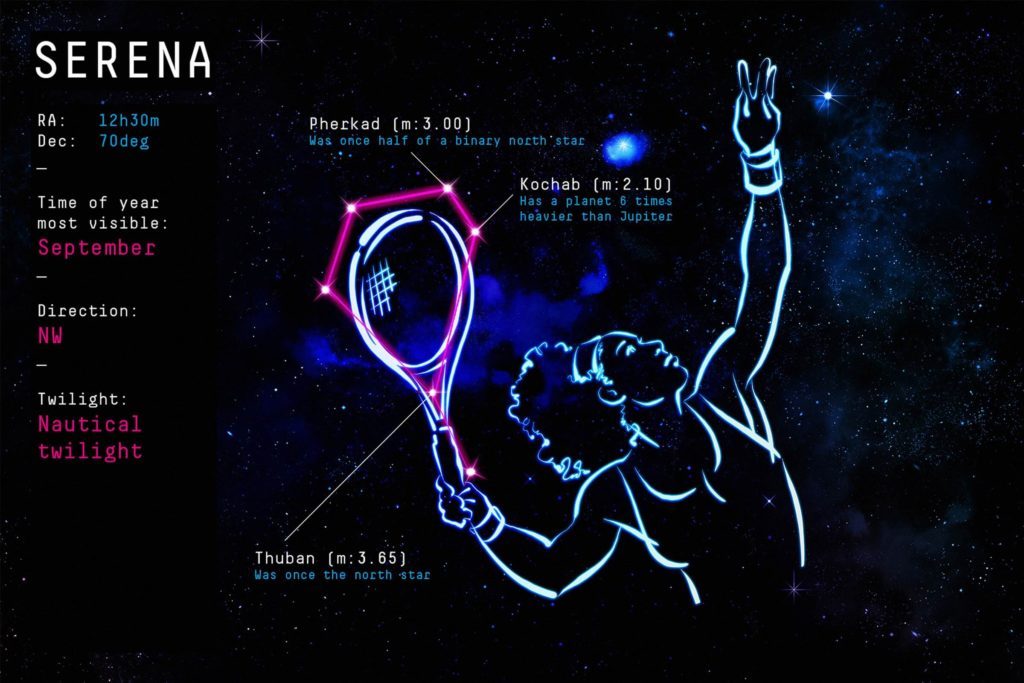 Malala Yousafzai, David Attenborough, Tim Peake, Sir Mo Farah, and Usain Bolt are also immortalized in the new constellations. Find tips on how to see them all from The Big Bang Fair.

If classic star signs are more your speed, find out what your zodiac sign says about your health.