Emperor penguins (scientific name Aptenodytes Forsteri) are the largest of the 19 penguin species. “The Emperor penguin is certainly the most iconic of the penguin species,” says Dyan deNapoli (aka The Penguin Lady), penguin expert and author of The Great Penguin Rescue. “It is the most visually impressive of the penguin species, and is very well-known by millions of people, who fell in love with the species after seeing the award-winning documentary, March of the Penguins.”  Emperor penguins are also arguably the hardiest penguin species: they live on the coldest, driest, and windiest place on the planet and breed during the harsh Antarctic winter, when the temperatures can drop to –100 degrees F and the winds can blow 100 mph.

Despite all that, a new study predicts that if climate change continues on its current trajectory most Emperor penguins may disappear by the end of the century. “If global climate keeps warming at the current rate, we expect Emperor penguins in Antarctica to experience an 86 percent decline by the year 2100,” says Stephanie Jenouvrier, a seabird ecologist at Woods Hole Oceanographic Institution (WHOI) and lead author on the paper that was published in Global Change Biology. “At that point, it is very unlikely for them to bounce back.” Jenouvrier and a team of researchers created a global climate model that forecasts when and where sea ice forms and a model of penguin populations to see how colonies may respond to varying sea ice in future climate footprints. However, if countries meet the objectives of the Paris Agreement, Emperor penguins would decline by a less drastic 31 percent. Antarctica isn’t the only region at risk of damage from global warming—these 15 breathtaking places could actually disappear.

The risk is recent

“Until 2017, the Emperor penguin was listed as Least Concern by the IUCN (International Union for Conservation of Nature), but as of 2018, they are listed as Near-Threatened because they are projected to undergo a moderately rapid population decline over the next three generations owing to the projected effects of climate change,” deNapoli says. “However, it should be noted that there is considerable uncertainty over future climatic changes and how these will impact the species.”

As with most of the penguin species on earth today, the number one threat to their survival is global warming; both poles (Arctic and Antarctic) have experienced the greatest increases in temperatures over the last 50 years, notes deNapoli. The second threat to most penguin species today is the overfishing of their food supply. Global warming has impacted different penguin species in slightly different ways; here’s how it has affected Emperor penguins:

DeNapoli notes that there has been a decrease in the amount of sea ice formation in the regions of Antarctica where some Emperor penguins establish colonies to breed and raise their chicks. Models also predict a greater decrease in sea ice formation in the future. The sea ice in Antarctica has also been melting faster than usual, which produces another set of problems for some Emperor colonies. “Many Emperor penguins breed on ice shelves that only form during the Antarctic winter. There have been times in recent years when the ice shelves have melted back faster or sooner than usual. Many of the chicks haven’t completely fledged into their waterproof feathers by the time the ice melts back to the colony, and they are forced into the cold ocean waters, where they die of cold exposure or drowning,” says deNapoli. “These platforms are also used by the birds as an escape from marine predators, such as leopard seals and orcas.” She adds that it should be noted that there is an annual fluctuation in the formation of and melting of sea ice around the continent of Antarctica. This is a seasonal cycle that appears to be impacted by climate change. These 15 adorable penguin pictures will melt your heart.

Impact on their food source

One thing that less sea ice definitely affects is food for the penguins. “One of their food sources is krill, and the sea-ice shelves serve as a nursery for the krill. The krill larvae feed on the algae that grow on the underside of the sea ice. When there is less sea ice, there is less algae for the larvae to feed on—and ultimately less krill is produced,” deNapoli explains.

Their home is a place of peace and scientific study

Emperor penguins live and breed on a continent that is truly global in nature. While no country owns Antarctica, 52 countries have signed the Antarctic Treaty, which states that Antarctica is a place of peace and scientific study, and shall remain protected as such in perpetuity. “If we cannot ensure the future of such a hardy species on such a remote and relatively untouched continent, what are the implications for all other penguin species, that don’t have the benefit of living in such a remote and unspoiled location?” asks deNapoli.

How you can help

“People can donate to organizations that are working to protect Emperor penguins and other penguin species, and our oceans in general,” says deNapoli. Reducing your impact on the environment, in particular, is something you can do—you can make these tiny changes to lower your carbon footprint every day. “You can also be mindful about reducing seafood consumption and/or eating sustainably caught seafood, as overfishing is the second greatest threat to nearly every penguin species today. Also, avoid using supplements and other products that contain krill or krill oil,” notes deNapoli. Read on to learn some fun facts about penguins and other ways you can help them. 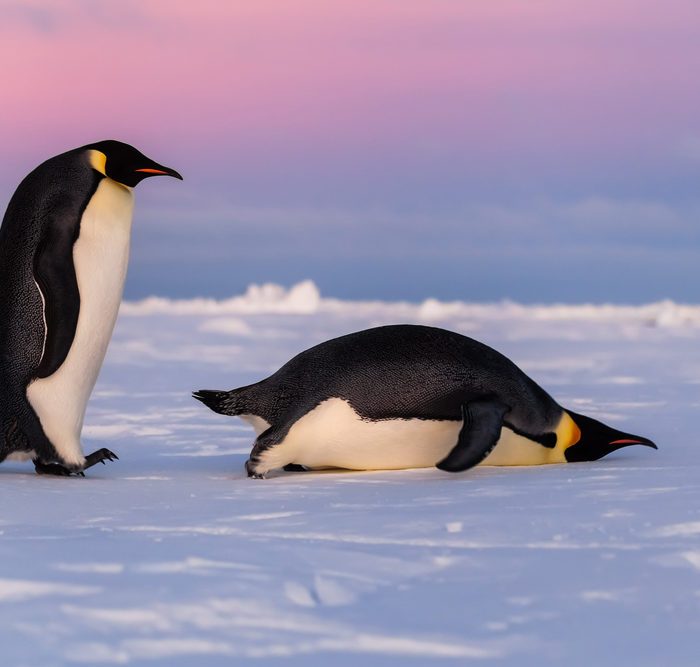 Facts That Prove Penguins Are the Most Adorable Animals 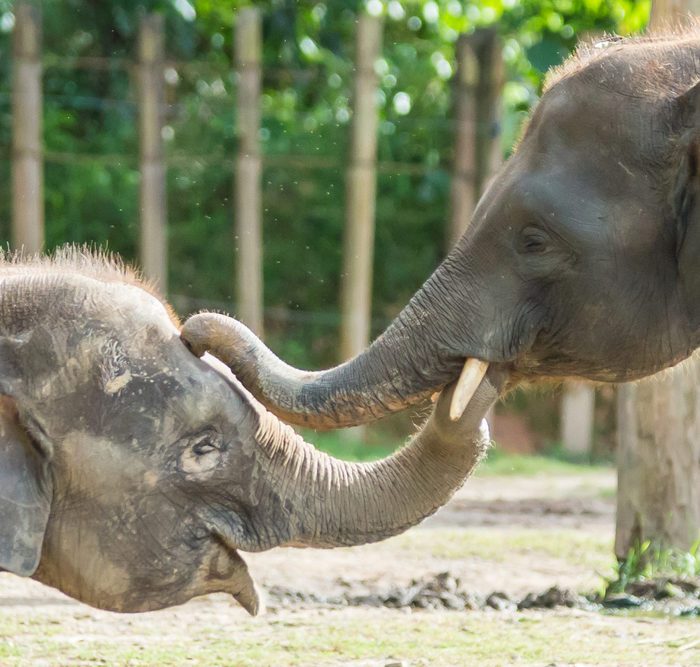 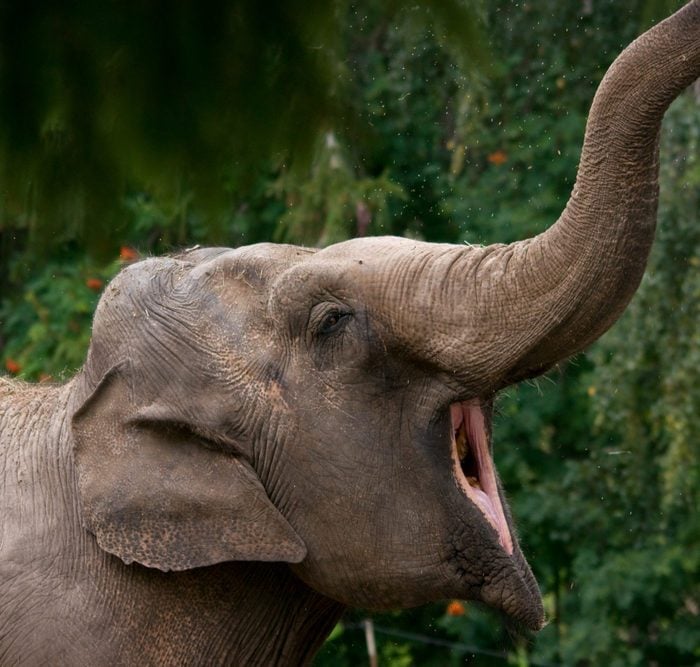