13 Incredible Photos of Animals That Can Glow in the Dark

From fireflies to cats (seriously!), here are some real-world creatures that have the ability to emit light. 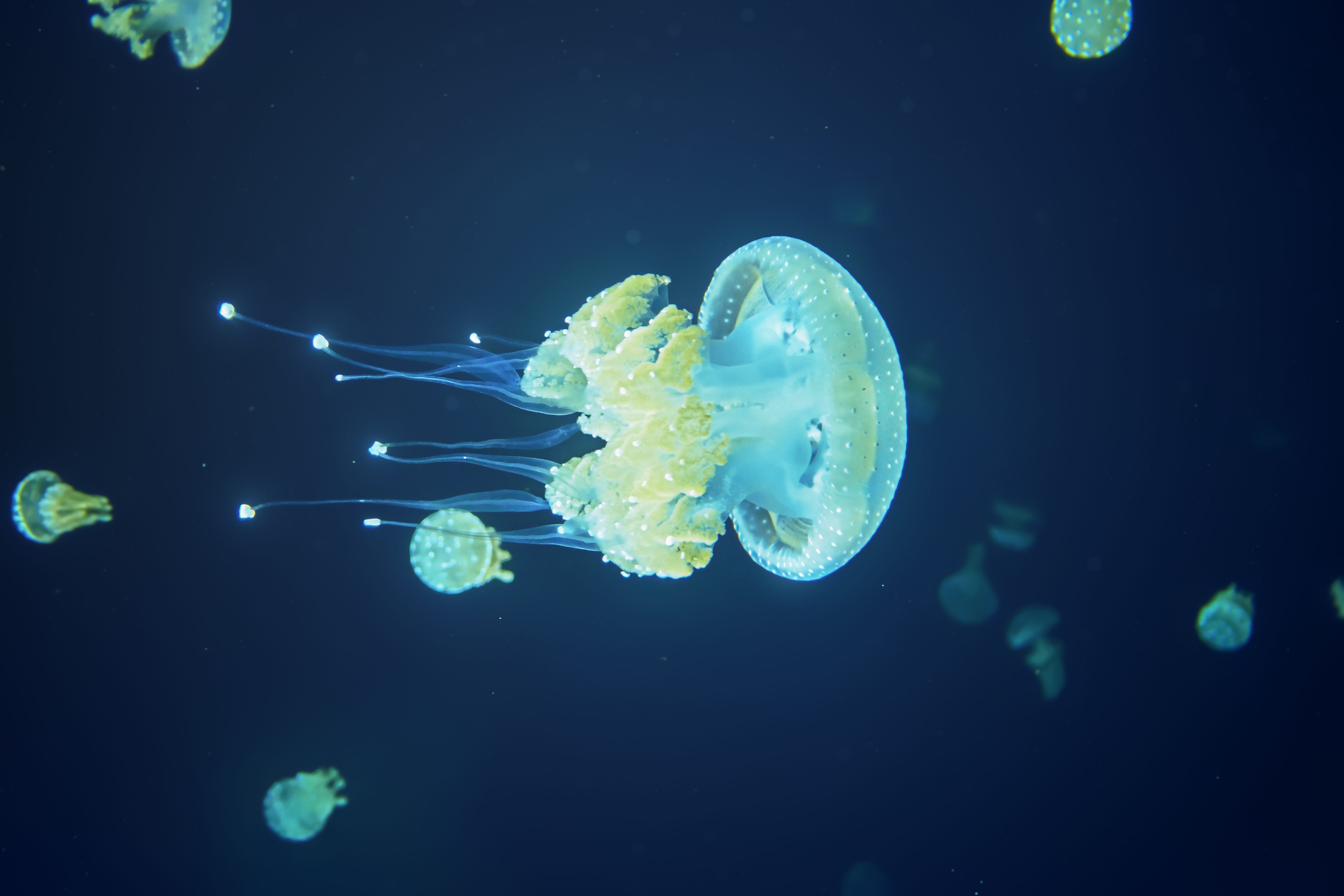 The idea of a living creature that can glow in the dark might sound like a spooky sci-fi experiment, or perhaps an alien civilization. But glow-in-the-dark is not reserved for man-made kids' toys; far from it! There are several creatures with glowing properties living among us on earth (though of course, many reside deep in the ocean). Most bioluminescent animals get their light by making an enzyme called luciferin, which mixes with other chemicals to create a glow. The purpose depends on the species—some are drawing in prey, while others are sending signals to mates—but the eerie effect is the same. Plus, did you know that there are lots of beaches that can glow in the dark, too? 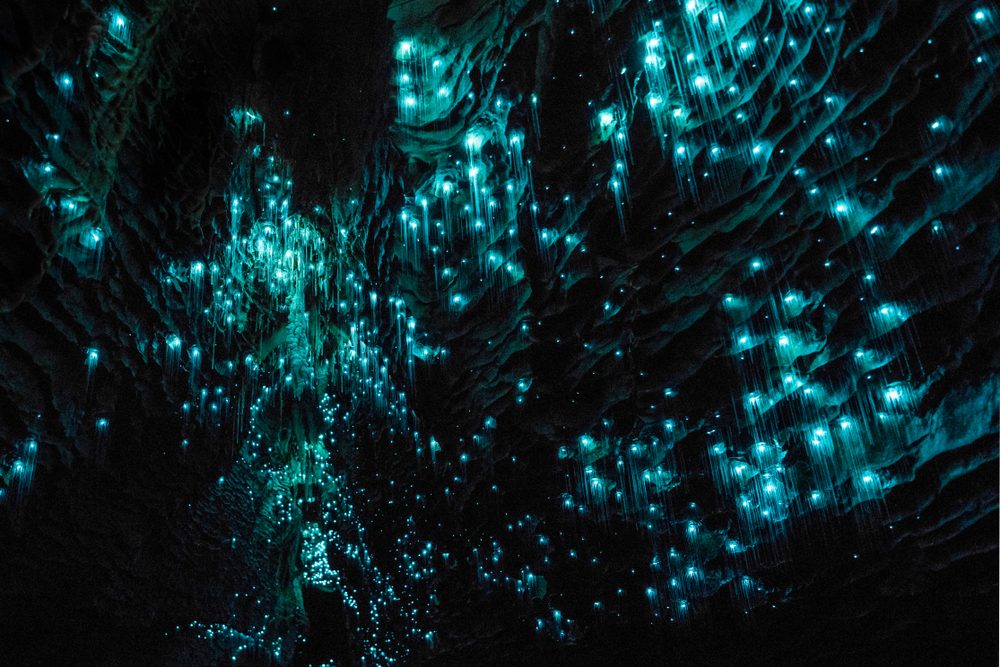 Head to the Waitomo Caves in New Zealand at night and you can stand under a breathtaking canopy of glowing silk threads spun by glowworms. The threads are designed to be as enchanting as humans find them—the bioluminescence attracts mayflies that get stuck on the sticky threads, then become dinner for the worms (which are technically insect larvae). 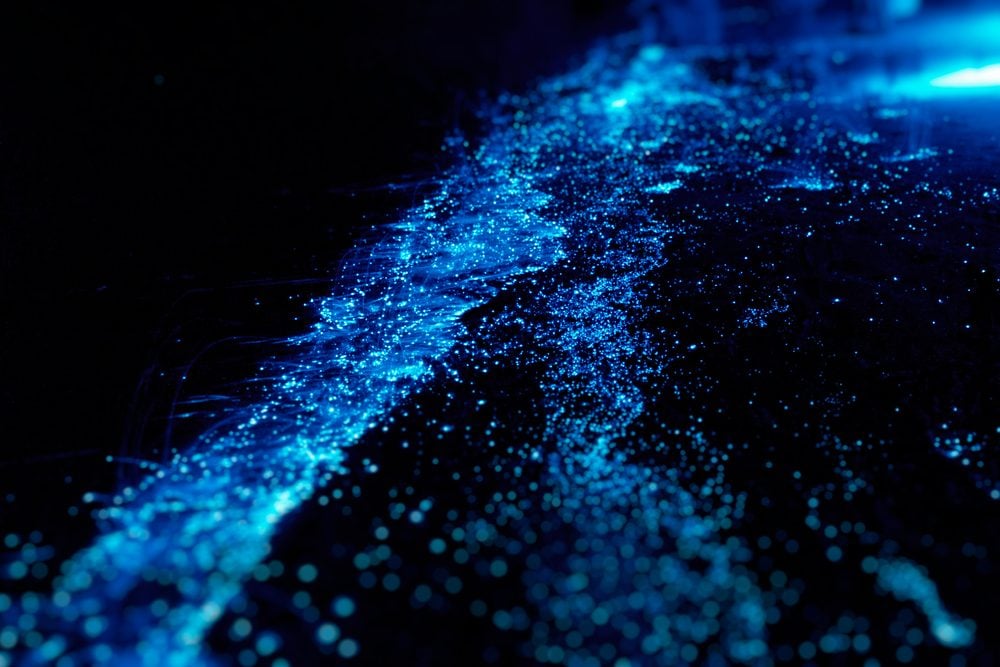 Plankton isn’t always the most exciting creature, but some of the species of dinoflagellates that light up are another story. During the day, they create a ruddy “red tide,” but at night, the waves take on a shimmery glow from the single-celled creatures. Scientists think the light-up ability helps keep them safe. Either the predators will be scared by the burst of light, or other creatures that eat the predators will be attracted to the glow and in turn hunt the planktons’ foes. 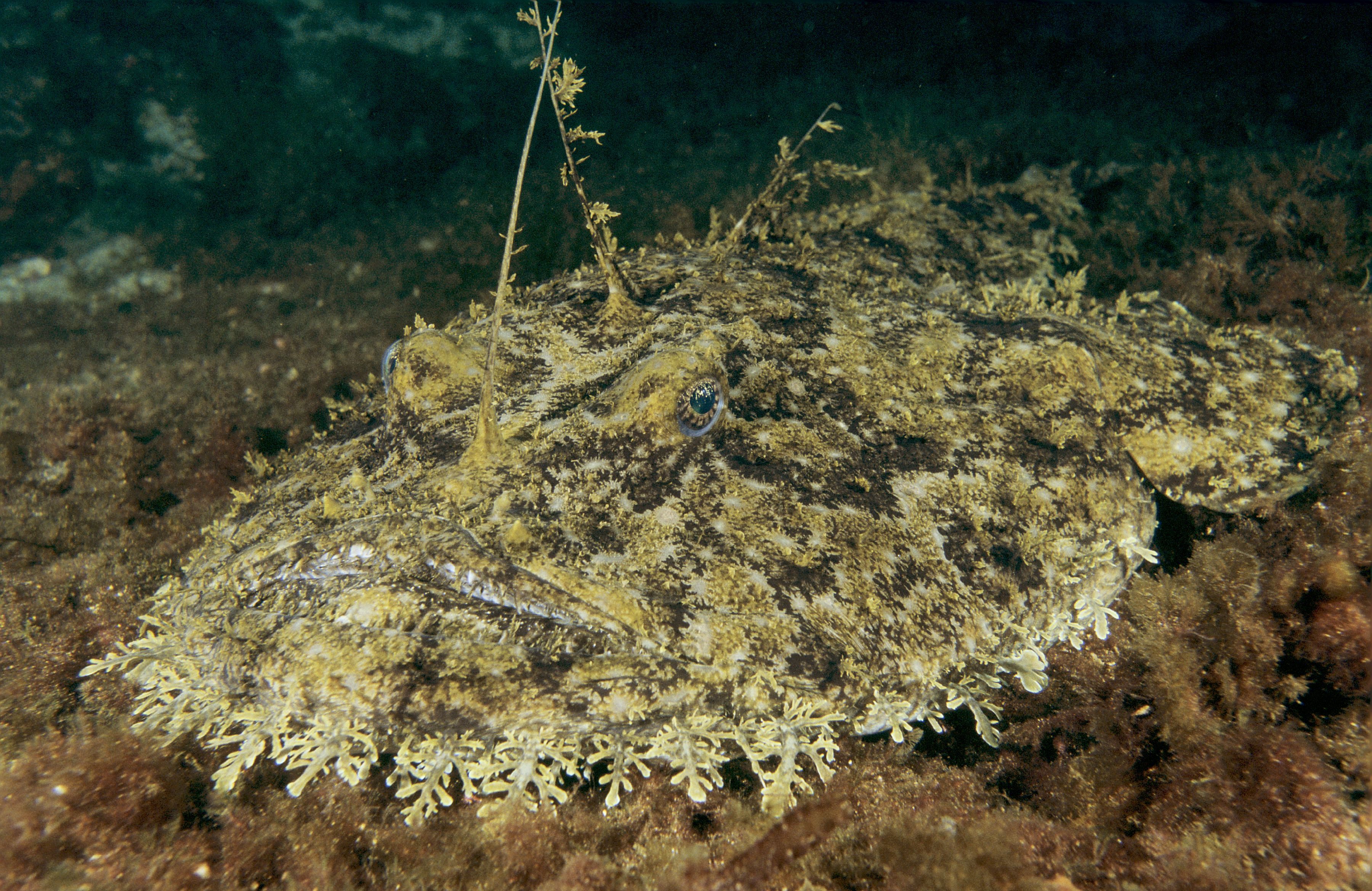 Remember that low-key terrifying scene in Finding Nemo where the monstrous fish lures Marlin and Dory with a light-up orb? They never actually say that creature's species name in the film, but it's supposed to be an anglerfish. Freakiest of all, that is actually how they lure their prey. Only females have the lure, which glows with luminescent bacteria to attract prey within the gobbling range. But it's not the light itself that lures the prey like in Nemo; it's the resemblance of the lure to a worm, making the prey think they're going to get food instead of being food. Learn about more of the weirdest deep-sea creatures. 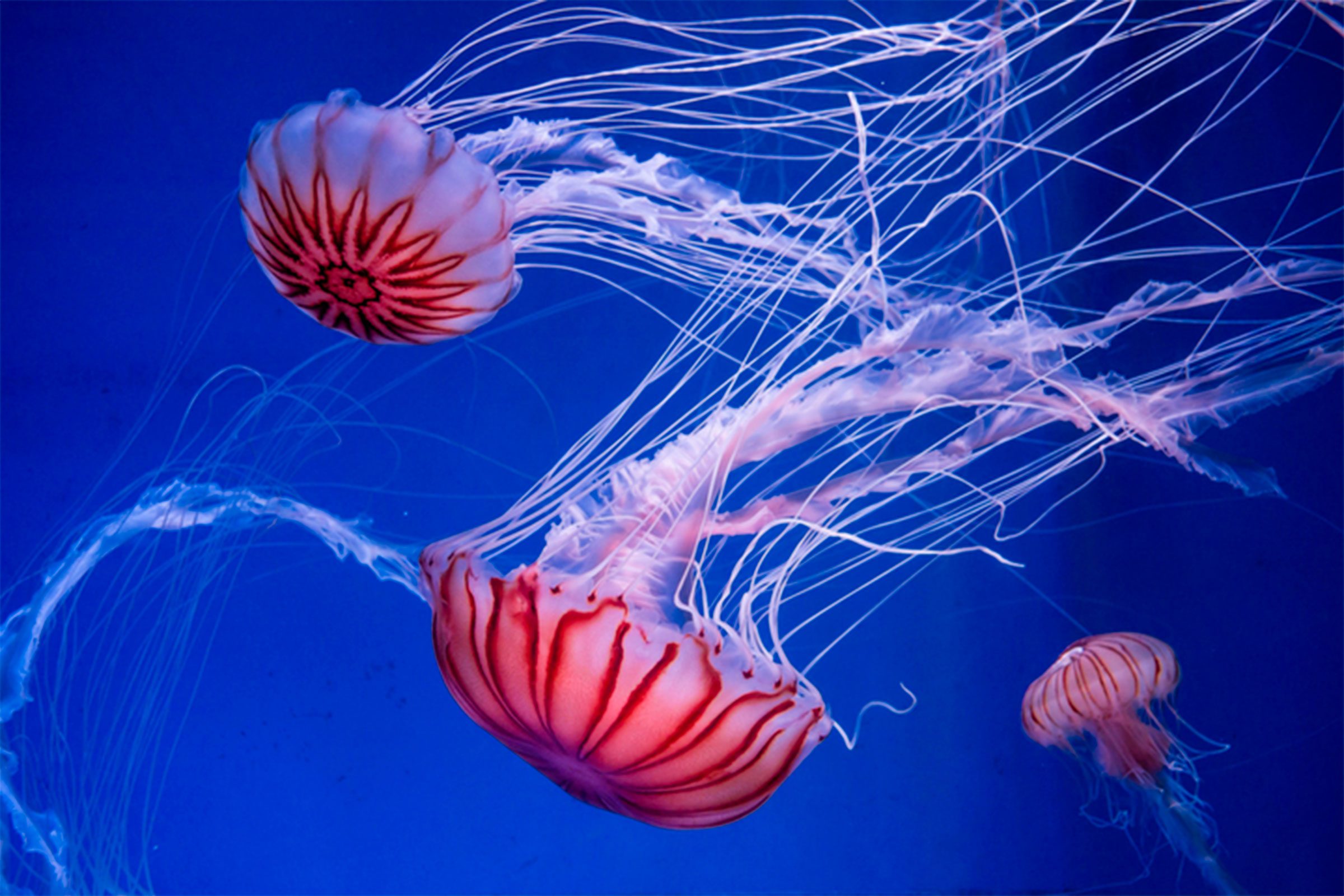 Jellyfish’s spindly tentacles and translucent bodies look even more ethereal on species that glow in the dark. Deep underwater, most jellyfish emit their own light, probably to scare or confuse their predators. Some will even leave glowing slime on their predators so their enemies can’t hide. 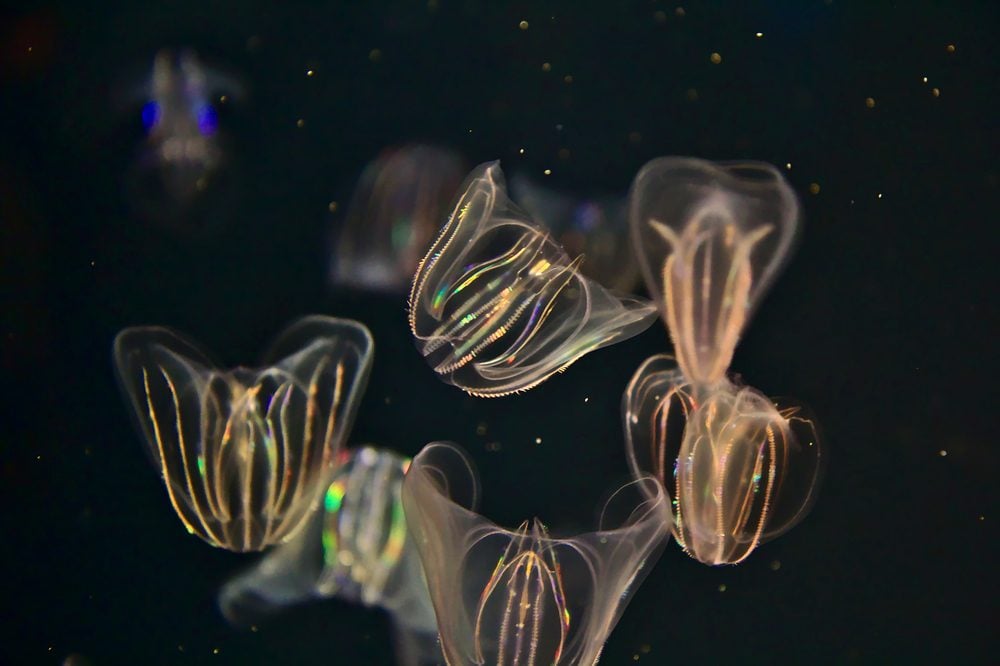 Their names sound similar, but comb jellies and jellyfish aren’t actually close relatives. Instead of tentacles, comb jellies use their combs as oars to help them make their way through the water. They don’t make their own light, but when their moving combs scatter the light, they create an underwater rainbow show. 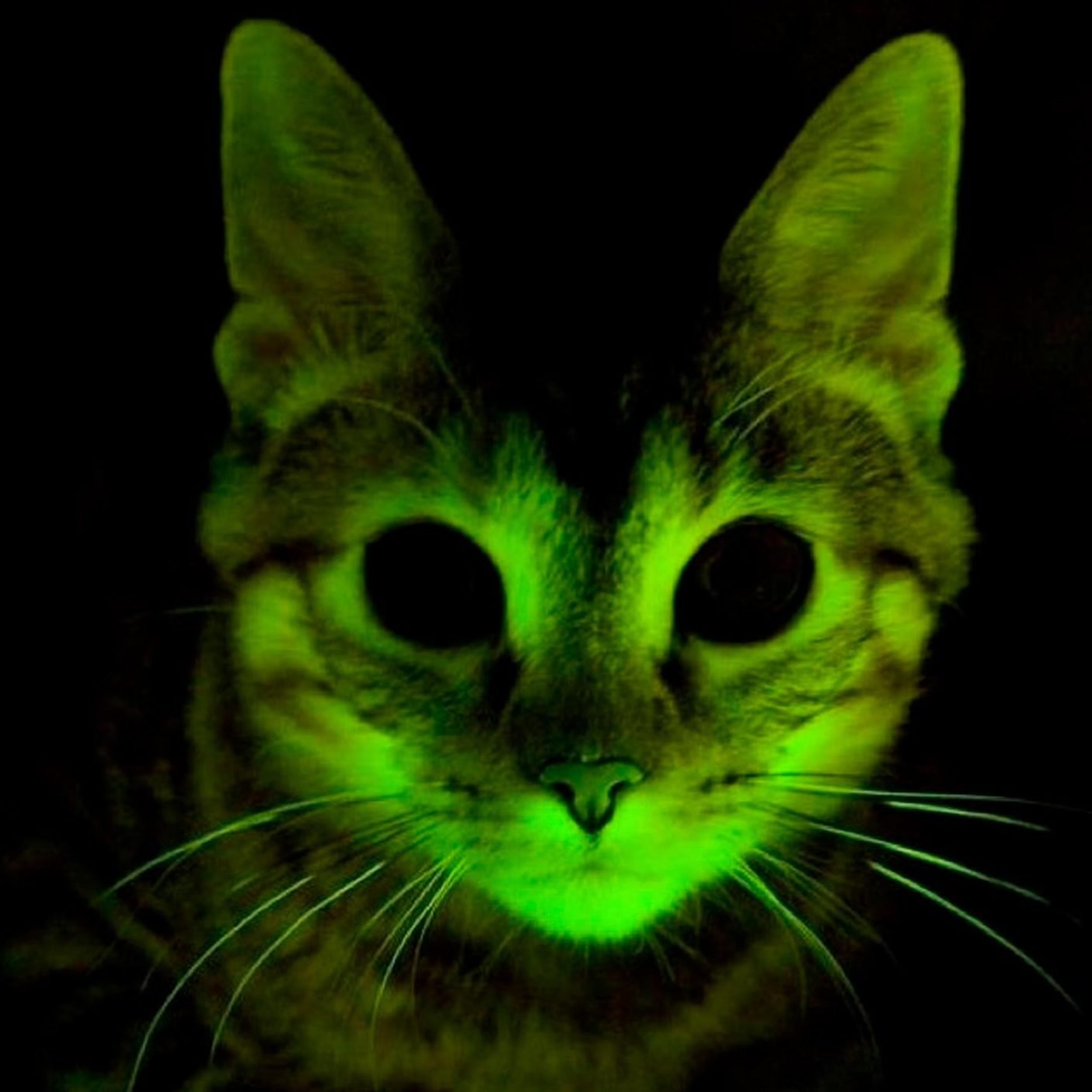 Cats don’t naturally glow in the dark, but they can with the help of science. In 2011, researchers were using cats to study HIV/AIDS but needed a way to test whether the animals would accept new genes. Their solution: Give cat embryos jellyfish genes. When the kittens glowed, the scientists knew the experiment worked. And you thought the Cheshire Cat was creepy. These 12 adorable photos of baby wild animals will make your day. 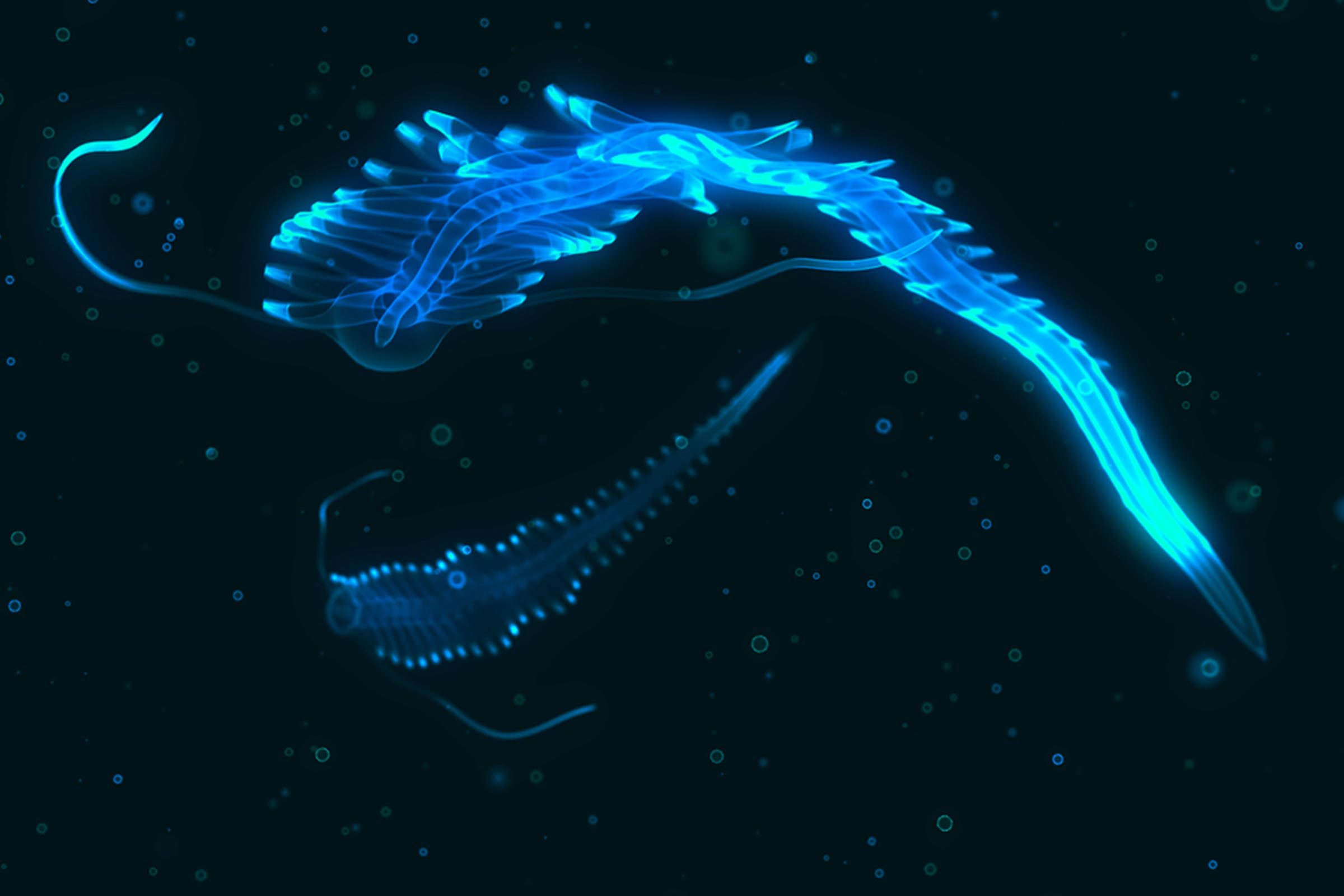 These undersea worms give off light, which isn’t rare at their depths of the ocean. What does set tomopteris apart is the fact that some species give off yellow light when most bioluminescent creatures produce blue light. 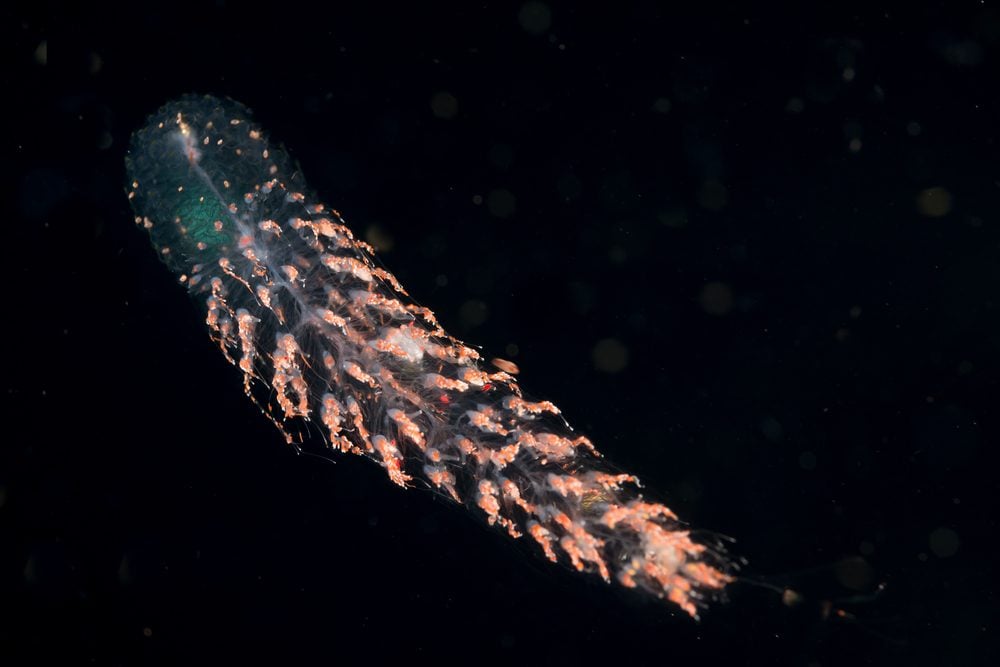 What you see looks like a single creature, but it’s a collection of thousands of individual cloned from one. The siphonosphore gives each clone its own specialty, such as hunting or digesting, making it one of the deadliest creatures in the world, and it can grow more than 100 feet long. Learn about these other 10 animals with incredible superpowers. 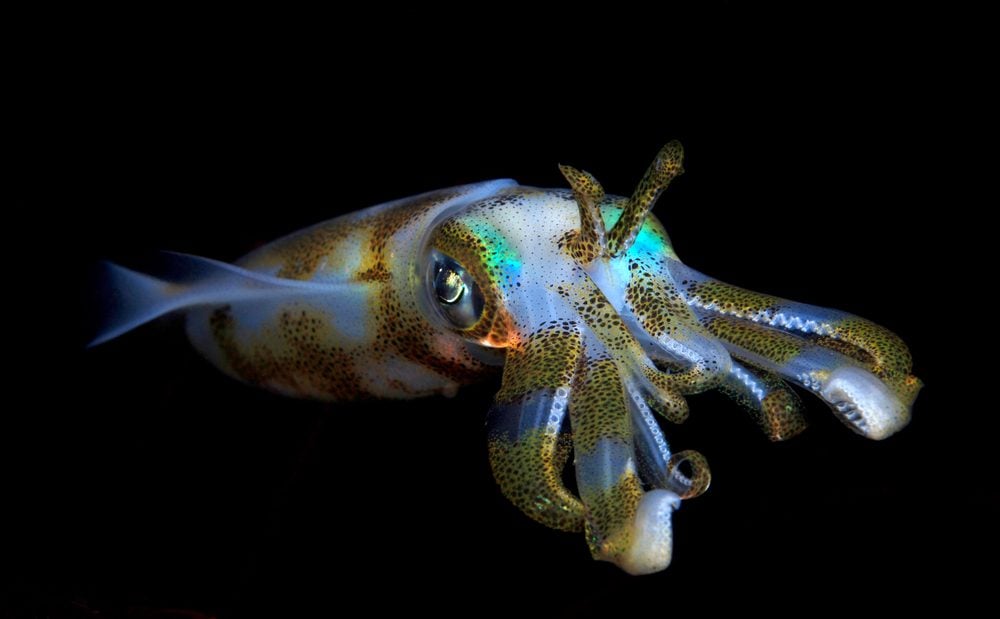 The color-changing bigfin reef squid can’t make their own light, but they do give off a surreal glow in the water. When the light touches them, they turn iridescent reds and greens. Some squids use their light-up powers as counter-illumination—instead of using light to draw attention to themselves, they use their bright bellies to blend in. When other sea creatures look up toward the surface, the squids blend in with the lighter water above. Can you spot the animals camouflaged in these photos?