We’re going to need a moment to recover from how cute this is.

While her older brother, Prince George, may not have warmed up to his new diplomatic role quite yet, two-year-old Charlotte has taken center stage with her precious good manners. Meanwhile, Prince George just got a pep talk from his dad. Oops!

Moments before boarding the plane to Berlin, Charlotte debuted her first curtsy for the Polish dignitaries—and we, her admiring fans, went crazy. She might have received a bit of encouragement from her mother, Duchess Kate of Cambridge, but that tiny farewell had “toddler in a tiara” written all over it. (By the way, everyone in the royal family must follow these etiquette rules.)

We can thank The Telegraph for capturing the entire adorable exchange:

And it doesn’t stop there. Once the Cambridges arrived in Berlin, Charlotte delivered her first diplomatic handshake with poise. Watch closely, or you’ll miss it! (Plus, don’t miss even more unbearably cute moments of Princess Charlotte.)

Those who greeted the young family in Berlin also presented the baby princess with a tiny bouquet to match her mother’s. OK, let’s admit it: We’re so grateful Kate and William decided to bring their children along on this royal tour. Keep the royal baby photos coming! 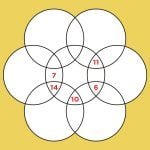 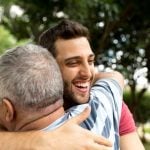 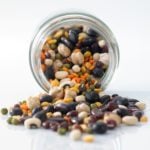 Where Does the Phrase “Spill the Beans” Come From?