I auditioned for the role of Princess Diana in the musical Diana more than two years ago, back when it was just a reading in New York. As an actor, you tend to do a lot of readings that never make it to Broadway, but I was excited about this one. The script was phenomenal. When the show first started out, it was quite heavy, and as we developed it into a musical, I loved getting my teeth into it and learning so much about her. And it’s funny—no one ever told me as a child or teen that I looked like Princess Diana, but now I get it all the time!

Growing up in the United Kingdom, I knew a lot about Princess Diana, or I thought I did. But since I was so young when Diana died—just six years old—I didn’t really know all that much about her struggles. I was most surprised to learn that she was such a young princess and that she had to take on so much at just 19 years old. It’s quite shocking. She was barely 20 when she married Charles, who was 32. And Charles and Diana had only met 12 times by the time they got engaged.

Diana really had to find her own strength. This young, unprotected girl was thrust into an insane environment. She wasn’t helped; she wasn’t guided. She could have crumbled—and she certainly had some moments in her 20s that were extremely testing, and she dealt with that in ways that may not have been the most positive toward her own health. But at the end of the day, it was her conviction that she wouldn’t cave in that helped her to grow into the icon we all know today. Believe it or not, this was the surprising day Princess Diana called the “worst in her life.”

Here are some more interesting things I never knew about her. For starters, she broke tradition and barriers by omitting the word obey from her wedding vows. She promised to love, comfort, and honor Charles but omitted obey. This is a tradition both her daughters-in-law, Catherine, Duchess of Cambridge, and Meghan, Duchess of Sussex, also took up.

Diana was also the first royal bride to ever have a paying job (as a kindergarten teacher), her grandmother was a lady-in-waiting for the Queen Mother, and Prince Charles first dated her older sister. Charles was also a distant cousin of Diana’s—they were 16th cousins once removed. Tudor King Henry VII is their shared relative.

On a personal level, Diana always wrote thank-you cards for everyone, and ABBA was her favorite band. She was also obsessed with astrology, and there’s a song in the show that mentions her love of it. Diana was born under the sign of Cancer, and so was I, actually. Diana believed she was a little bit psychic. It’s a Cancer trait to be intuitive, as well as tough on the surface and underneath have this huge well of emotions, which is just like Diana. Here are some more fascinating facts about Princess Diana.

A calm but revolutionary power

It’s wild how much has changed from 40 years ago when Princess Diana and Prince Charles wed. For example, back then, a prince was expected to marry a virgin. No one would stand for that requirement today. Now in my 30s, I’m looking back at that 19-year-old’s experience through this lens of today. We’re so much more open to people following their own dreams and passions and not conforming to what they’re “supposed to” do.

Diana was revolutionary. With the monarchy now, there’s a transparency with how they talk to us now, and none of those things would have changed without Diana. She helped reorder how the monarchy communicates with the British public—and what is expected of them and what is allowed of them. Revolutions can come from very quiet, calm, shy people, and we often don’t see that in history, but Diana was certainly one of those people. On the flip side, these “facts” about Princess Diana just aren’t true.

Diana’s struggles are addressed in the show. Those coping moments were a huge part of her growth. And we’re definitely highlighting that she was alone without a way to mentally process everything, without any means to release tension and help herself without literally having to act out. These are also some of her more painful moments.

But Diana had a commitment and conviction to survive. Once she found her strength and her calling in life, she used it to help other people who were struggling, which led to all her charity work. Before she could help anyone else, though, she had to help herself. And she had to find that on her own in her early 20s, while she had two children and a husband who was not present, in a time when we didn’t really talk about depression and emotions like that.

Yes, there’s a Camilla in the show. I never knew they were in a relationship long before Diana came along. Diana had an extremely strong inkling, even if she couldn’t prove it, that they were still seeing each other when she was married to Charles. It’s crazy when you think about it: It’s like the whole world is sending you on this roller coaster ride. Your face is printed on posters, your face is on magazines…but then this is happening. How do you stop an affair from happening? You have no idea. You’re fearful, and suddenly you’re in this marriage alone with no way to cope.

Here are some things you didn’t know about Camilla, Duchess of Cornwall.

The highs and lows of Diana’s life

The show is really fleshed out in terms of everyone’s character development and relationship. It’s a larger-than-life, complicated story, and epic in so many ways. It takes you on a journey. There’s no John Travolta in the show—sorry!—but Elton John, a longtime friend of Diana’s, is mentioned. And one of my costumes will be a replica of the black Christina Stambolian off-the-shoulder “revenge dress” she wore to the Serpentine Gallery summer party in 1994. Speaking of which, here’s the true story behind Princess Diana’s revenge dress.

I was so impressed by how Princess Diana gave others her complete focus and time. It’s so easy sometimes to treat people differently in your life—if you’re talking to your boss or someone who bugs you at a store—and sort of not give people this equal focus. But in the end, you’re missing out on great moments by self-selecting who you’re willing to give your attention and love to. The amazing thing about Diana was that she was willing to give it to anyone who needed it. I think that’s a trait that came back to her tenfold: The love she gave out to others turned her into the icon we know and love today.

I want to see how the American audience reacts to a Broadway show about Princess Diana, especially because in England it’s a complicated relationship. For example, when you say there’s a musical about Diana, people say, “Oh, God, I’m not sure if I should cringe!” But that will change when people see our show and realize that we’re telling a great story. Having an audience will shift that perspective.

Plus, I think British people have a lot more of their own relationship to the story and to the culture of it and the history of it. Americans tend to simply lean toward loving her, so I think it will be much easier to engage an American audience in celebrating her. American audiences are more ready to see her as a positive force for good in the world. Next, check out these stunning, rarely seen photos of Princess Diana.

Diana: A True Musical Story is currently running on Broadway at the Longacre Theatre in New York City. 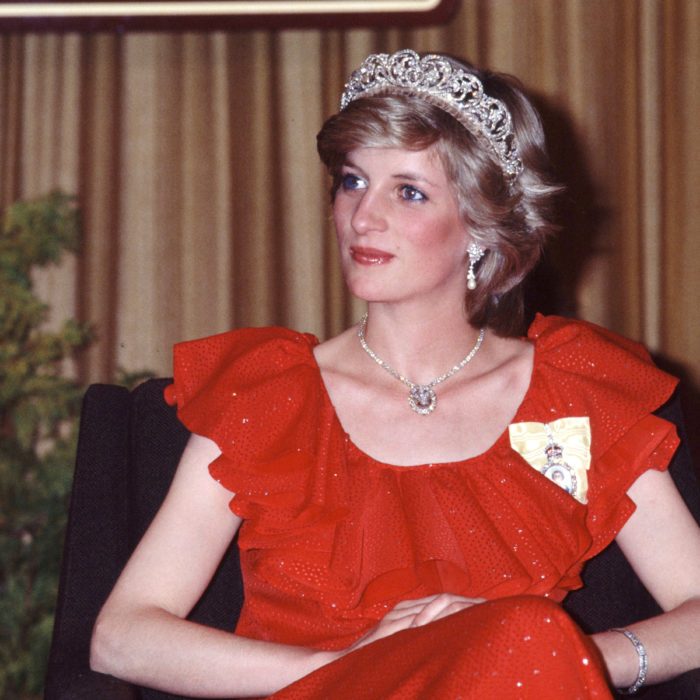 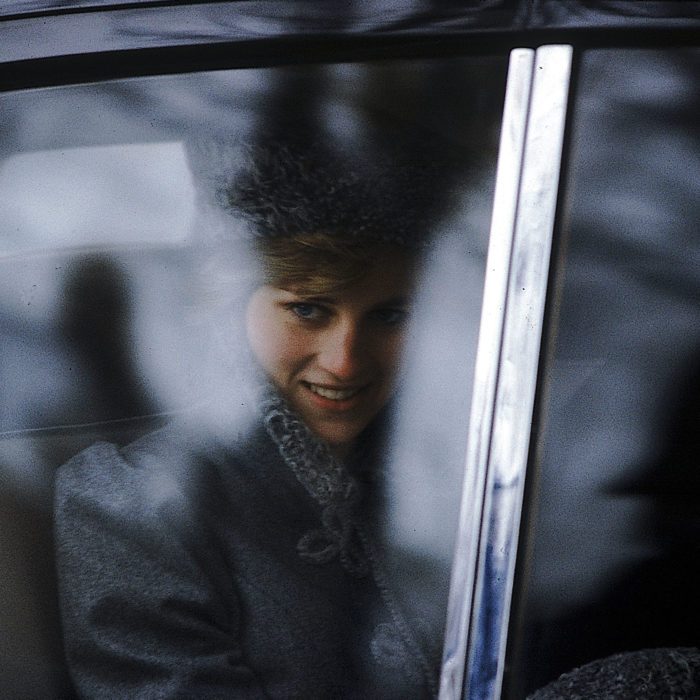 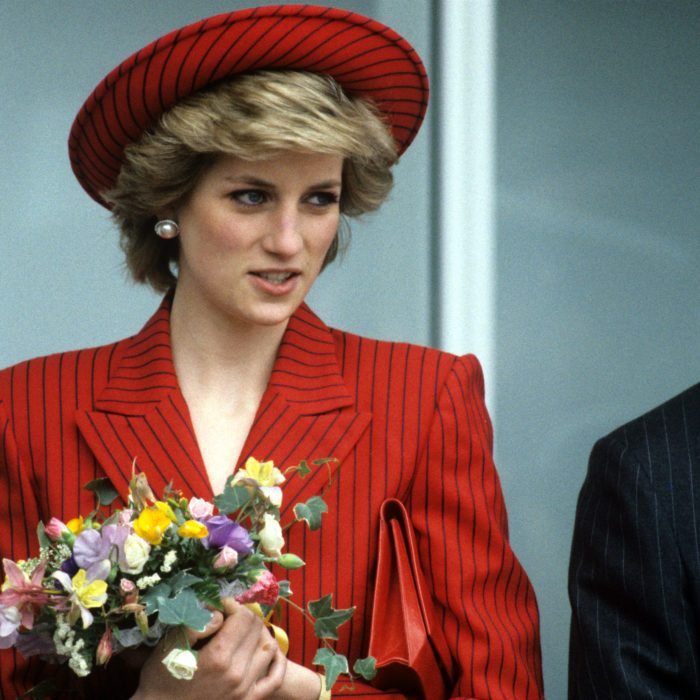 Why Panic Buying Is Not Actually Helpful