No, Queen Elizabeth II Does Not Have Four Alcoholic Drinks Every Single Day 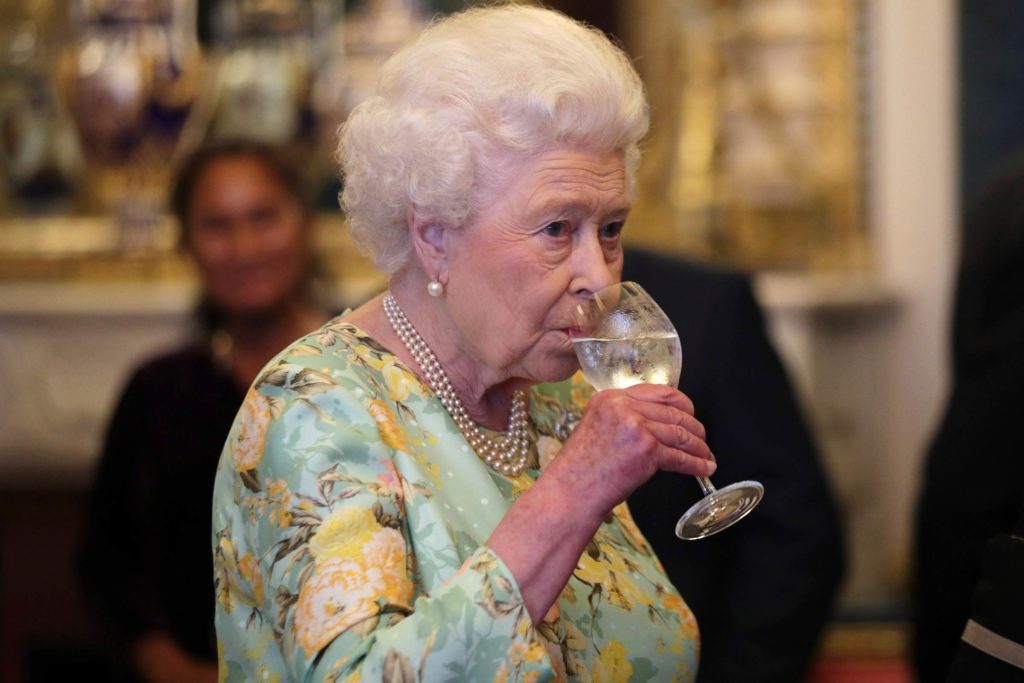 While the Queen does like to imbibe on occasion, former royal chef Darren McGrady tells Reader’s Digest he’d told news outlets her favorite drinks—not her everyday liquid diet. “I said her favorite drink is gin and Dubonnet and she likes a gin and Dubonnet for pre-dinner drinks, and then I was asked ‘Does she have any other favorites?’” he says. “Along the way, others did interviews, so they picked and cropped from those.”

But just because she sometimes likes a cocktail before dinner and has a favorite wine (don’t we all?) doesn’t mean she has both—and more—every day. The Independent previously quoted Her Majesty’s cousin saying she has four drinks daily, but McGrady says Queen Elizabeth II doesn’t even have her favorite pre-dinner cocktail every day. “I’m pretty confident she doesn’t have four drinks a day,” says McGrady. “She’d be pickled.”

Original post, 8/1: For Queen Elizabeth II, it’s always five o’clock somewhere. Her Majesty already gets away with celebrating two birthdays every year (and here’s why!) But when she’s not meeting foreign dignitaries or negotiating with the British Parliament, the Queen could be found sipping one of her daily boozy beverages.

In fact, former royal chef Darren McGrady just dished on Queen Elizabeth’s drinking habits. What he revealed might surprise you.

According to McGrady, Queen Elizabeth starts her day with a pre-lunch gin and Dubonnet cocktail, garnished with a slice of lemon and plenty of ice. Business Insider speculates that she drinks Gordon’s Gin, which holds an official royal warrant: a trademark awarded to companies who provide goods or services to the royal family for more than five years. You can find the queen’s coat of arms displayed on the selected businesses’ packaging and promotional materials, PopSugar reports. (Check out even more fascinating facts about Queen Elizabeth.)

For lunch, the Queen matches a simple meal of vegetables and fish with a glass of wine and a piece of chocolate, McGrady told The Telegraph. A cousin claims that she may also sip a dry gin martini should the mood strike her.

Her Majesty’s afternoon tea has a tamer vibe; she usually selects a simple herbal drink and a dessert, such as pie or chocolate biscuit cake. (But these are the foods that Queen Elizabeth will never, ever eat.) Finally, the Queen washes down her light dinner with a sophisticated glass of champagne before heading off to bed.

If you’ve been counting, that adds up to four alcoholic beverages in one day. At six units of alcohol in total, the Independent points out that the 91-year-old is technically considered a binge drinker by UK law. But surprisingly, that’s not why someone called the police on Queen Elizabeth—yet!