Should a person have to pay for shooting down a toy aircraft? 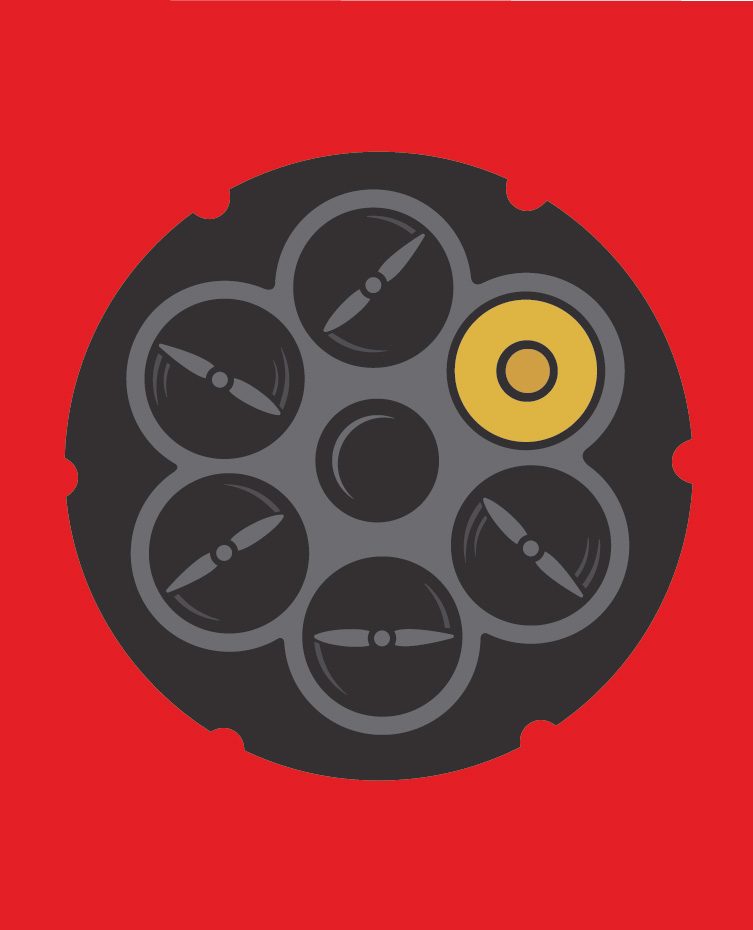 When Brett McBay’s kids heard a loud engine on November 28, 2014, they thought someone was riding a motorcycle. After investigating, they realized the noise was coming from a drone. The device, which resembled a toy helicopter, appeared to be flying low and slow over their property—a secluded farm—in Modesto, California. McBay’s young son grabbed his pellet gun and shot at the drone. It crashed to the ground.

McBay says he and his kids assumed it had had a camera: “Our concern was that it was [being flown by] a pedophile or a burglar.” When he and his son walked to the crash site, they came upon their neighbor’s son, Eric Joe, a 30-year-old from San Francisco who was visiting his parents for Thanksgiving.

“Did you shoot that thing?” Joe says he asked McBay.

“Yeah,” McBay replied, according to Joe. “Did we get it?”

Joe had built the hexacopter from scratch and brought it to Modesto to fly over his parents’ property, a ten-acre farm. It crashed 200 feet from the road that separates Joe’s parents’ property from the McBays’, according to Joe. After Joe explained that the device was a hexacopter, McBay apologized and offered to pay for any damage.

At 2:01 p.m. that day, Joe sent an e-mail to McBay that itemized the repair costs: a total of $700. A little over an hour later, McBay wrote back, calling it “excessive.” “Perhaps in [San Francisco] it’s normal for folks to have drones hovering over their property, but we live in the country for privacy,” he wrote. “I will be willing to split the cost with you, but next time let us know [you’re] testing surveillance equipment in our area.”

Joe wasn’t assuaged. Replying to McBay’s e-mail, Joe clarified two points: that there had been no camera on the hexacopter and that the drone’s GPS showed it had been shot down while flying above Joe’s property, not McBay’s. Joe wrote, “I must insist on full payment for equipment you damaged.”

Finally, on March 17, 2015, Joe filed a suit against McBay in the small claims division of the Superior Court of California, County of Stanislaus. Joe asked for the full cost to replace the drone, $1,789.57. He explained that he no longer had the time to rebuild the drone and felt “Mr. McBay should compensate me with an assembled, comparable drone.”

Should McBay pay to replace a drone his son shot down because he thought that it was flying over his family’s property? You be the judge.

THE VERDICT
In January 2015, two months before Joe filed his suit, California state senator Hannah-Beth Jackson introduced a bill that would extend a state law preventing trespassing by people to include trespassing by recreational drones flying below 350 feet over private property without permission. Gov. Jerry Brown hadn’t weighed in on the bill before McBay and Joe had their hearing on May 19, 2015. Even though the parties disagreed about whether the drone had flown over McBay’s farm, this didn’t affect the court’s decision. The judge ruled that “Mr. McBay acted unreasonably in having his son shoot the drone down regardless of whether it was over his property or not.” McBay was ordered to pay Joe $850 in damages. In September, Governor Brown vetoed the drone bill.