Forget "cake in a mug": One small town newspaper is using Pinterest to put criminals behind bars. 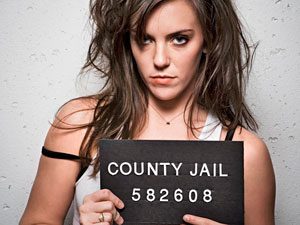 CorbisWatch out, mason jars at weddings: You’ve got some serious competition for Most Popular on Pinterest.

When the Mercury newspaper in Pottstown, Pennsylvania, started pinning mug shots of citizens wanted for things like DUI, theft, and assault to its Pinterest boards, the local police department increased its arrests by more than 50 percent.

“We’ve seen a 57 percent increase in our warrant services and got more people based on our tips and our calls,” Pottstown Police Captain F. Richard Drumheller says.

People even started turning themselves in, fearful of the power of one of the Internet’s largest photo galleries.

The police consider this a major success, and many departments are rushing into the warm embrace of social media. So get ready to see mug shots mixed in with fashion finds and vegan brownie recipes.