We expect to see the American flag adorning homes and waving over schools, post offices, and government buildings. But there are plenty of unexpected places where you can spot the Stars and Stripes, too. 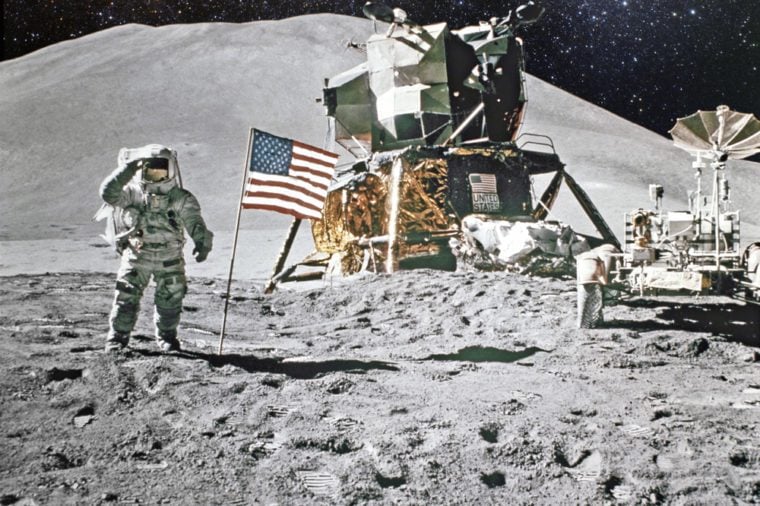 Six Americans flags were planted on the moon during the Apollo missions. After a decades-long debate over whether those flags were still standing, NASA answered the question in 2012. All but one of the six are still standing—the only problem is, they aren't "American" flags anymore. The nylon fabric has been bleached white from years of UV radiation and unfiltered sunlight on the lunar surface. The flag is only the start of these 15 fascinating facts you never learned about America. 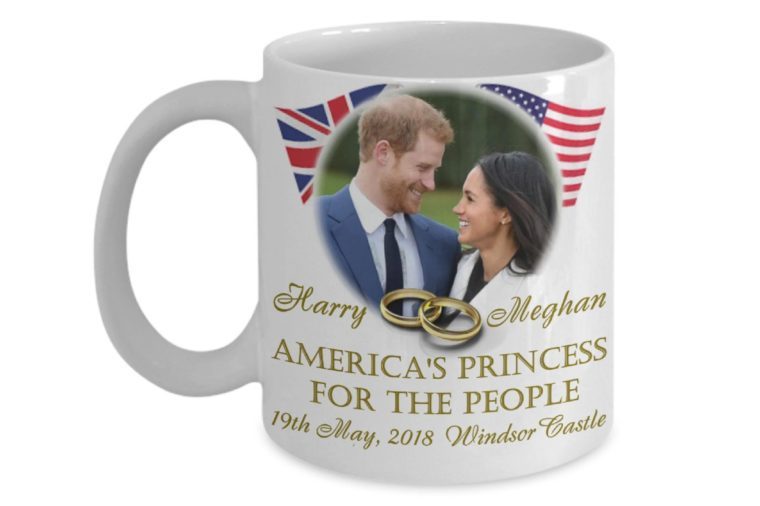 The royal wedding of Prince Harry and California girl Meghan Markle—now the Duke and Duchess of Sussex—brought worldwide attention and an avalanche of souvenirs sporting both the Union Jack and the Stars and Stripes, including this coffee mug. 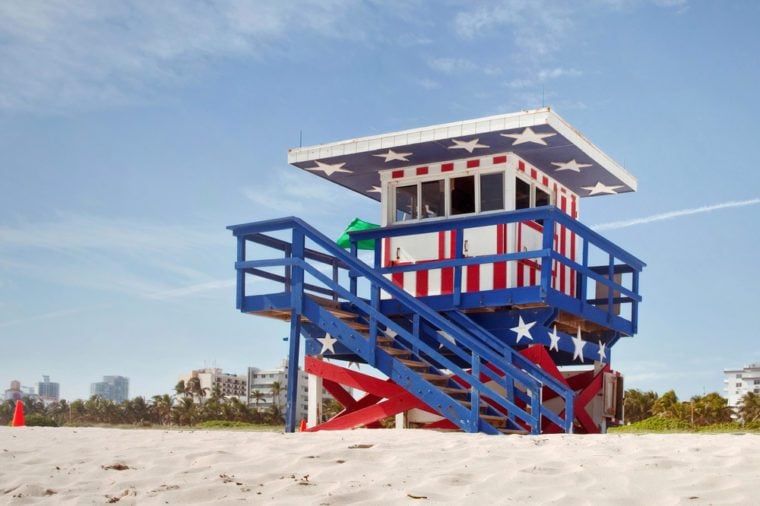 Miami Beach is famous for sizzling temperatures, glitzy boutiques, Art Deco architecture, and dozens of old-style lifeguard huts that stand sentry along the sand. This handsome hut is dressed up like Old Glory and makes a wonderful backdrop for a photo op on summer holiday to rival even these 25 American flag photos guaranteed to make you feel patriotic. 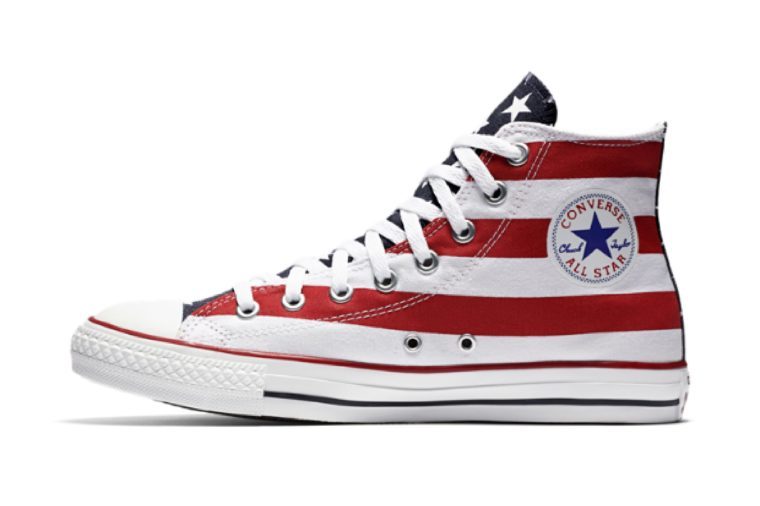 Arguably the most iconic of all sneakers, Chuck Taylors have been an American staple since the 1920s. Today they come in a bazillion styles, but none is as worthy of the All-Star patch as these red, white, and blue beauties. They are perfect for kicking around on Memorial Day and July 4th, or anytime you want to show your country's colors. 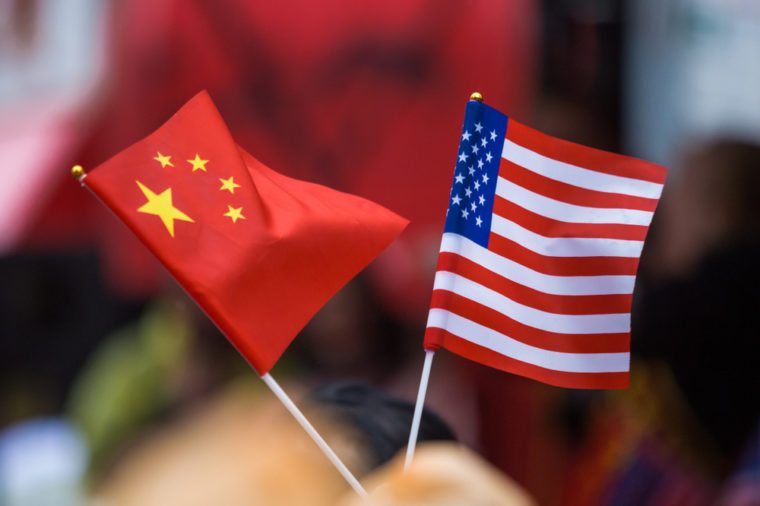 While the vast majority of American flags are made in the U.S.A., a whopping 94 percent of Old Glories that are imported—over $3 million dollars worth per year—come from China, according to data from the U.S. Census Bureau. If this matters to you, check the label before you buy. 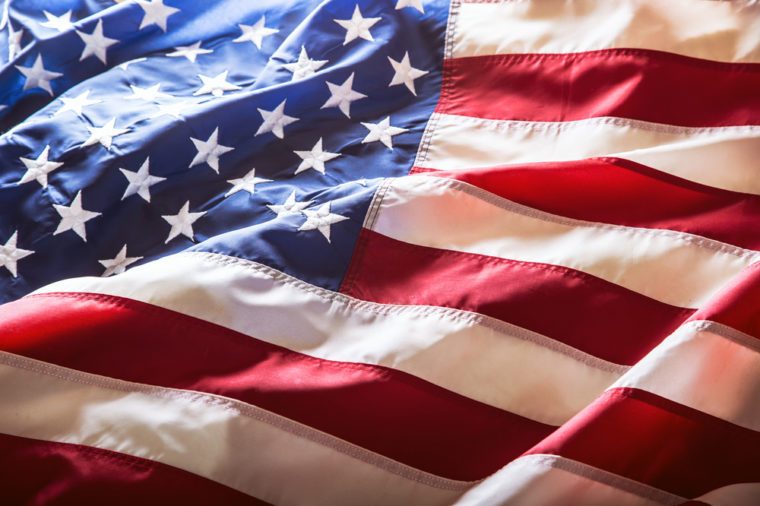 Americans have occupied the South Pole continuously since 1956 when the U.S. Navy built the Amundsen-Scott South Pole Station right next to the geographic South Pole at the southernmost place on Earth. The U.S. scientific research station has always flown an American flag outside the building. Here are some more fascinating facts about the American flag that prove it's even cooler than you thought. 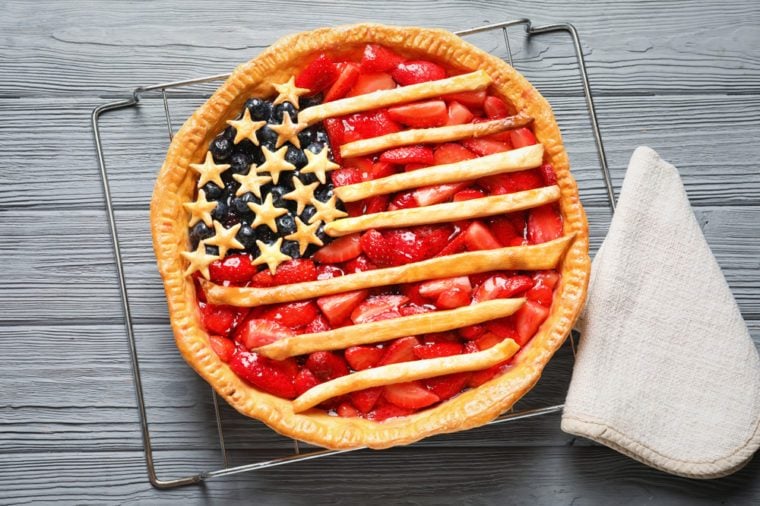 What's more American than apple pie? This berry-and-fruit pie arranged like the Stars and Stripes. From sea to shining sea, creative bakers will be serving up delectable desserts with a patriotic tri-color motif this holiday weekend. 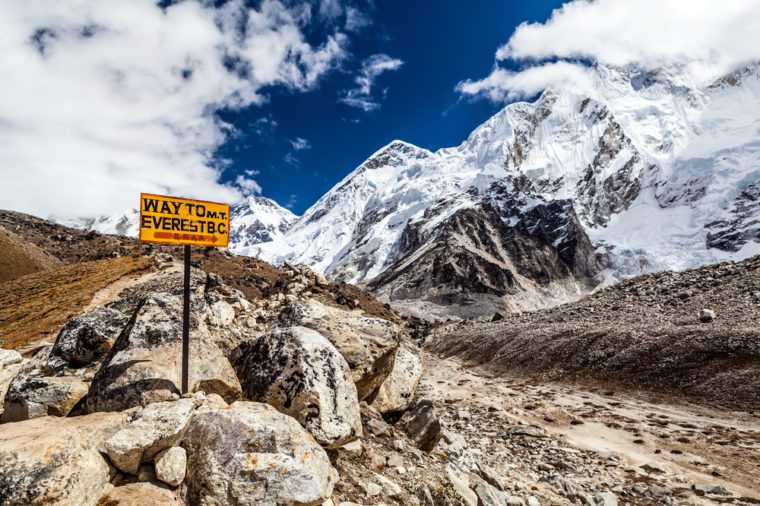 About 4,000 people have climbed Mount Everest since Sir Edmund Hillary first reached the summit in 1953. It wasn't until a decade later, in the spring of 1963, that the first American reached the top of the world's highest mountain and planted an American flag. A few months later, President Kennedy presented that climber, Jim Whittaker, and the rest of his team with the National Geographic Society's highest award, the Hubbard Medal. 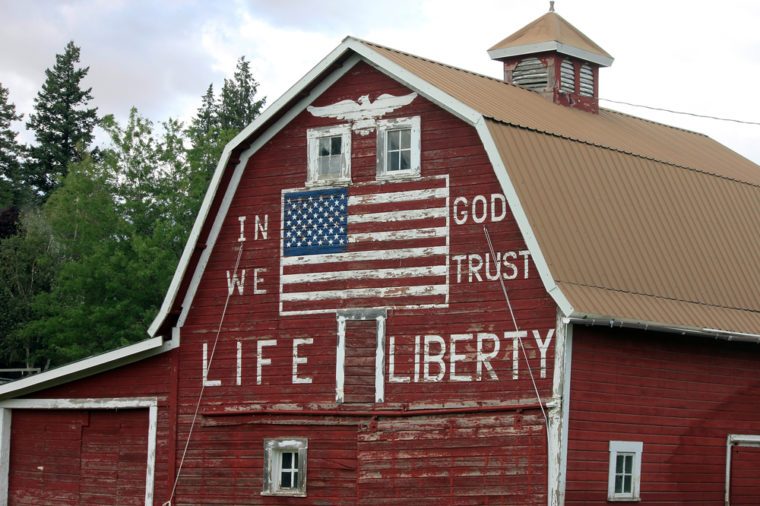 Nothing evokes quintessential Americana like a farm with a classic red barn. This weathered beauty in rural Spokane County, Washington shows off its patriotism with a painted flag and the words "In God We Trust. Life. Liberty." Too subtle? Try one of the most beautiful Fourth of July firework displays around the country. 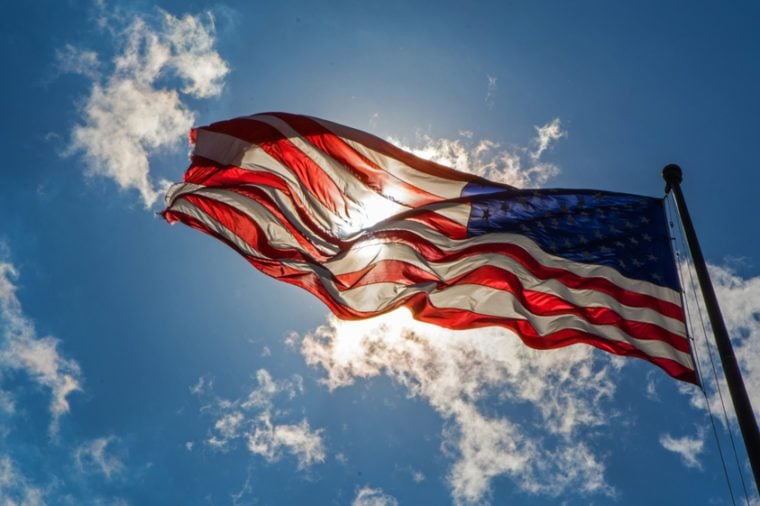 The tiny Scottish isle of Islay played a magnificent yet little-known role in American WWI history. When, in February 1918, the USS Tuscania was hit by a German torpedo off Islay's shores, islanders waded into the icy water and pulled 132 injured crewmen and more than 180 dead to shore. Determined to bury the fallen with honor, a group of island women crafted an American flag using an encyclopedia as a guide.

Months later, the islanders sent the flag to President Woodrow Wilson with the request that it be placed in a museum. In 2018, a century after the disaster, the Smithsonian Institution returned the century-old flag to Islay with our nation's gratitude.