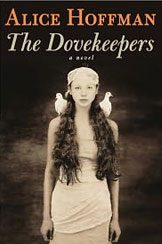 This novel has “bestseller” written all over it — and deservedly so. The story, originally told by the Jewish historian Josephus, is that of the 900 Jews and their families who escaped Jerusalem after its annihilation by the Romans in AD 70. They walled themselves up in the desert fortress of Masada and, after heroic resistance, committed mass suicide rather than surrender to Rome. In Alice Hoffman’s retelling, though, four women survive, and three years later relive the experiences from Alexandria. (My favorite of the four is probably Shirah, the tattooed witch of Moab who secretly worships Astarte the Goddess.) Each of the women is movingly, sensually evoked and, despite occasional moments of over-writing and kitsch, the book is impossible to put down.