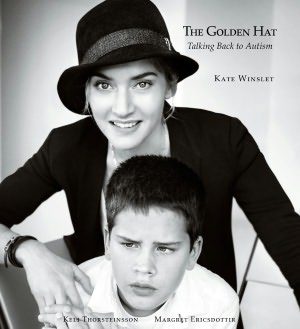 Inspired by a poem called “The Golden Hat,” written by Thorsteinsson, who has autism, Winslet asked famous friends — Angelina Jolie, Meryl Streep, Sting, Oprah, and Steven Spielberg among them — to create a self-portrait wearing a hat. Thorsteinsson’s moving story and “hat portraits” of others with autism are included; proceeds go to charity.

From the book: “There are approximately 67 million people worldwide with autism, around 50 percent of whom do not have functional speech. With this book, we have shown that there are ways to hear those individuals.”