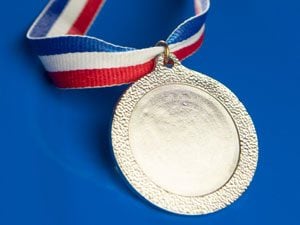 Are athletes like McKayla Maroney, Galen Rupp, and Cullen Jones—who all recently won silver medals in the 2012 London Olympics—really happy about their victories? Perhaps not as much as you’d think, according to this interesting article on what second place feels like from NBCNews.com.

Apparently, a Cornell psychology professor who studied the emotions of Olympic athletes has found that silver medal winners seem less happy (both in terms of their physical reaction on the podium and in follow-up interviews) than those who take home the bronze.

And it all comes down to a simple few words: the mindset of “If only” versus “Well, at least I.” That is, silver medalists are primed to think about (and feel disappointed by) how close they came to winning gold, and bronze winners instead focus on how they almost won nothing at all (and feel relieved).

“How the mind works is the same across cultures,” the researcher told NBC. “The mind’s going to be pulled in one direction disproportionately by virtue of different payoffs of gold, silver, and bronze.” And this mentality is true of winning in general—not just during the Olympics.