The Tournament of Roses Parade has changed through history but it remains an iconic spectacle, with flowers, floats, marching bands, and more. 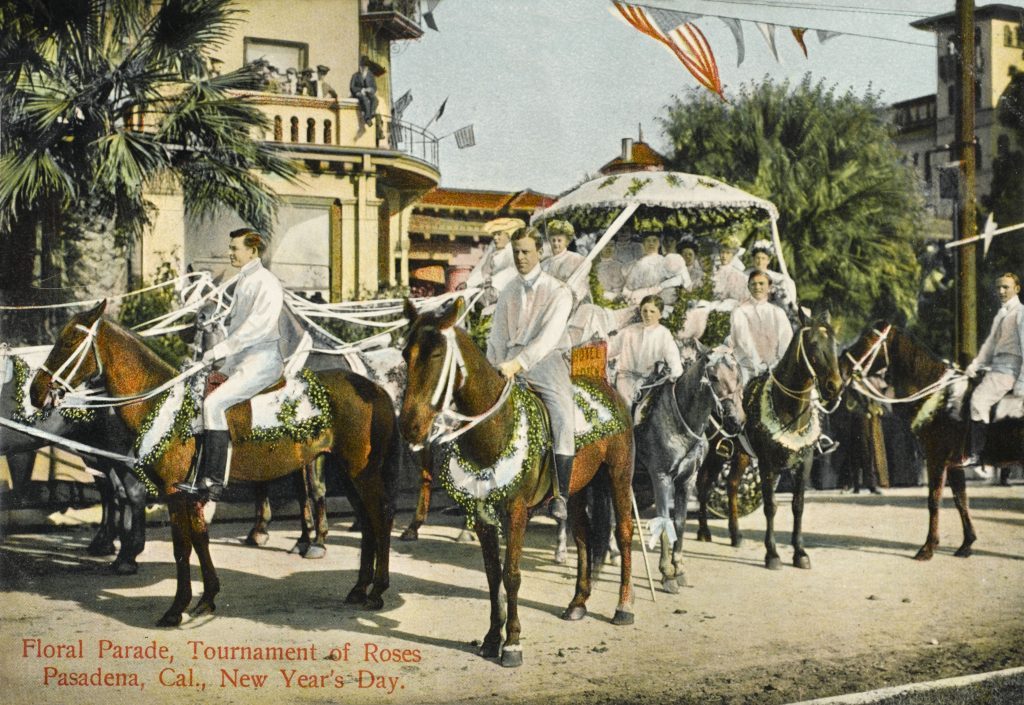 The Tournament of Roses parade passes by the Hotel Green in Pasadena, California, on New Years Day, circa 1908. The annual spectacle, also known as the Rose Bowl Parade, dates to 1890 and still takes place before the Rose Bowl college football game. Check out the best St. Patrick's Day parades in the United States. 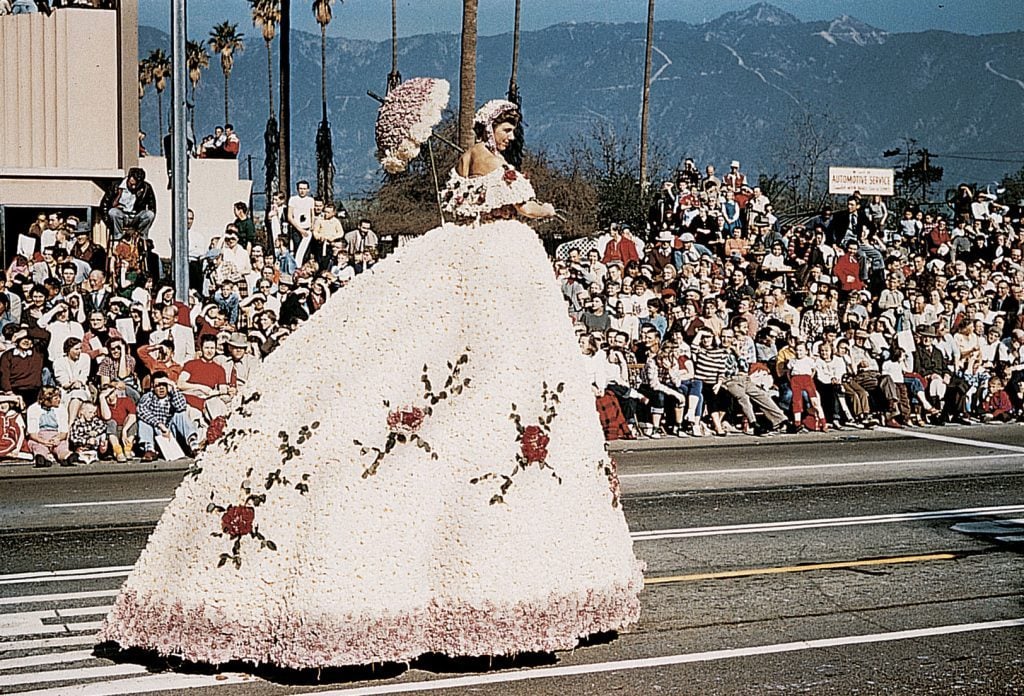 Vivian Huff shared this photo of the 1956 Rose Bowl Parade. The Huntington Hotel sponsored a float featuring a woman in a huge dress. The parade celebrated the 42nd Rose Bowl game, which was played on January 2. With seven seconds left in the game, Dave Kaiser kicked a field goal. The Michigan State Spartans beat the UCLA Bruins 17-14. Check out the craziest facts you never knew about the Super Bowl. 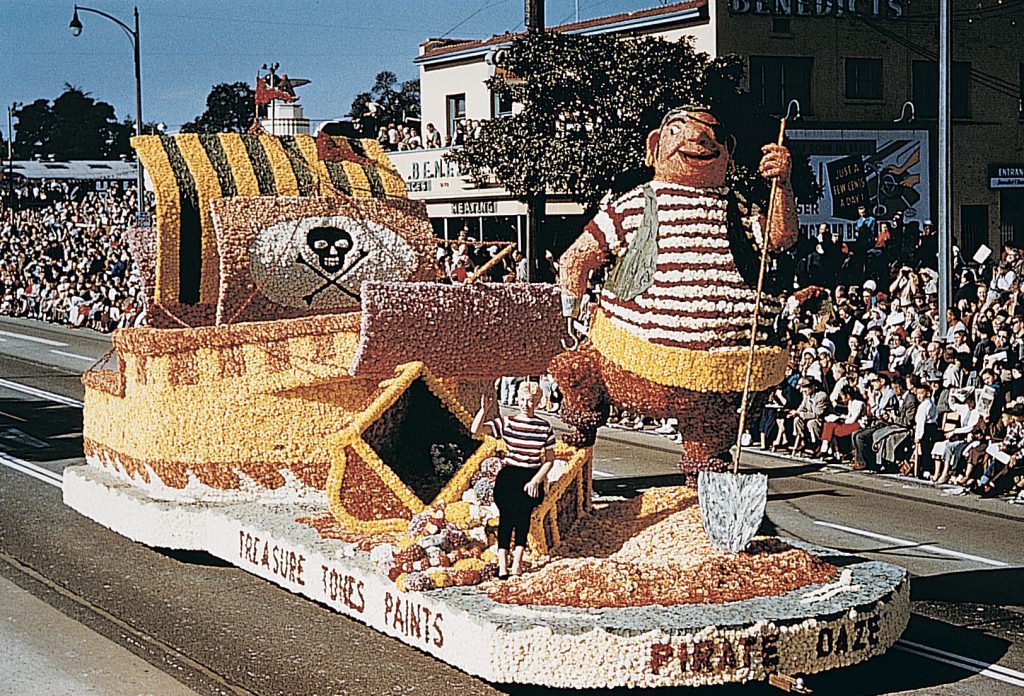 Treasure Tone Paints sponsored this pirate ship float in the 1956 Rose Bowl Parade. Per tradition, Rose Bowl Parade floats are elaborately decorated with flowers and other natural materials. These are the top places to celebrate Mardi Gras, outside of New Orleans. 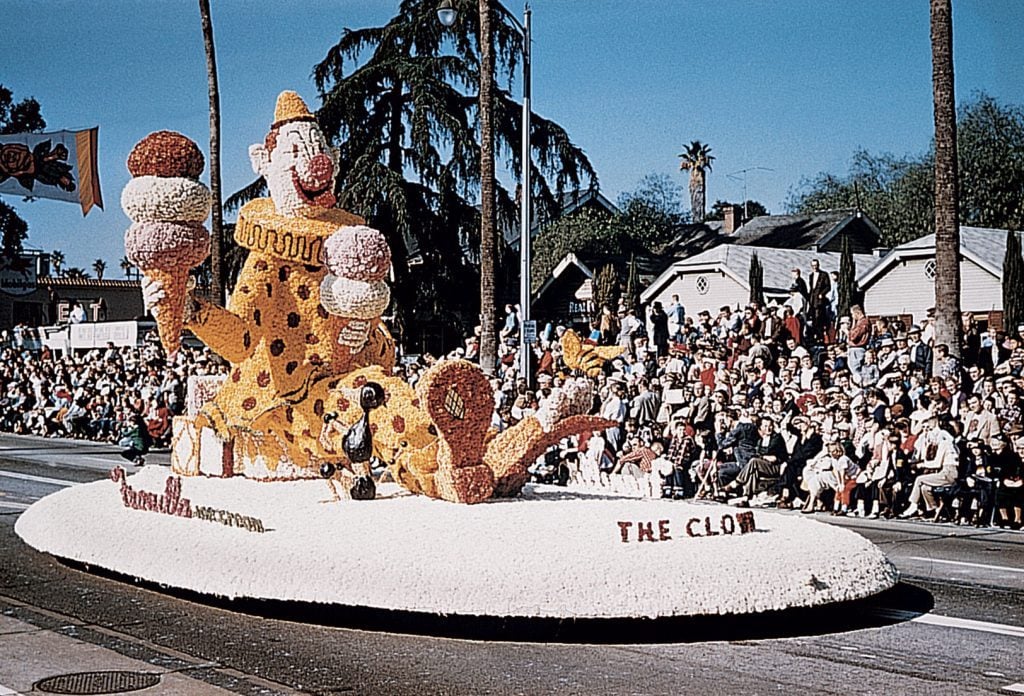 Franilla Ice Cream sponsored this colorful and whimsical clown float in 1956. Every year, marching bands, horseback riders, and fanciful floats follow a 5 1/2-mile parade route along Colorado Boulevard in Pasadena. These are the best movies to ring in the New Year. 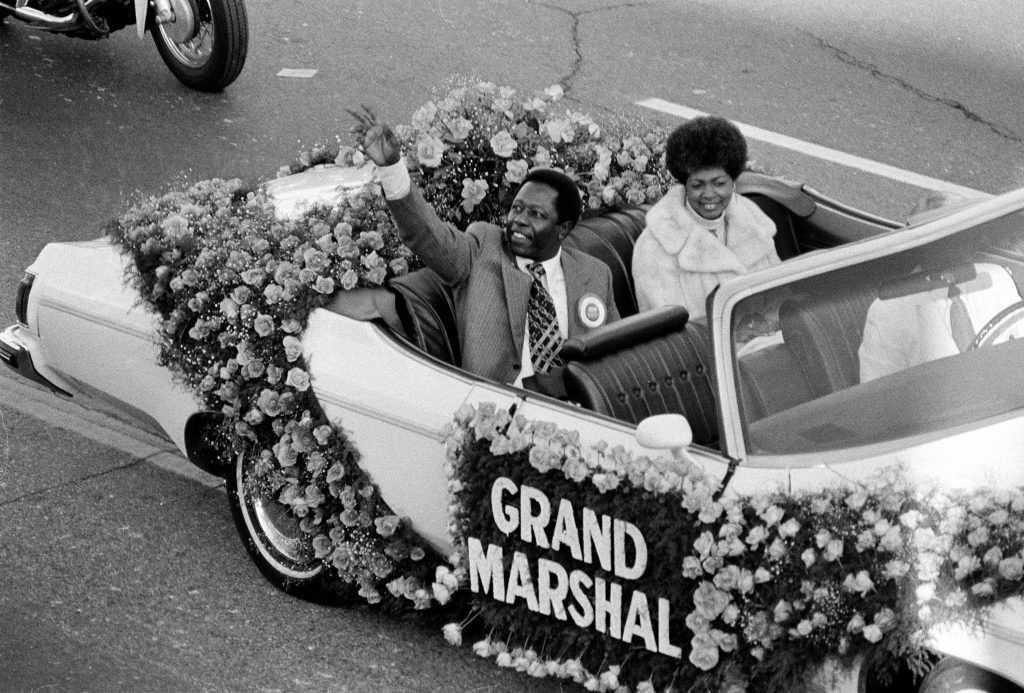 Hall of Fame baseball player Hank Aaron waves to the crowd as grand marshal of the 1975 Tournament of Roses parade in Pasadena, California. Riding with him in the open car is his wife, Billye. You'll love these vintage photos of the Macy's Day Parade. 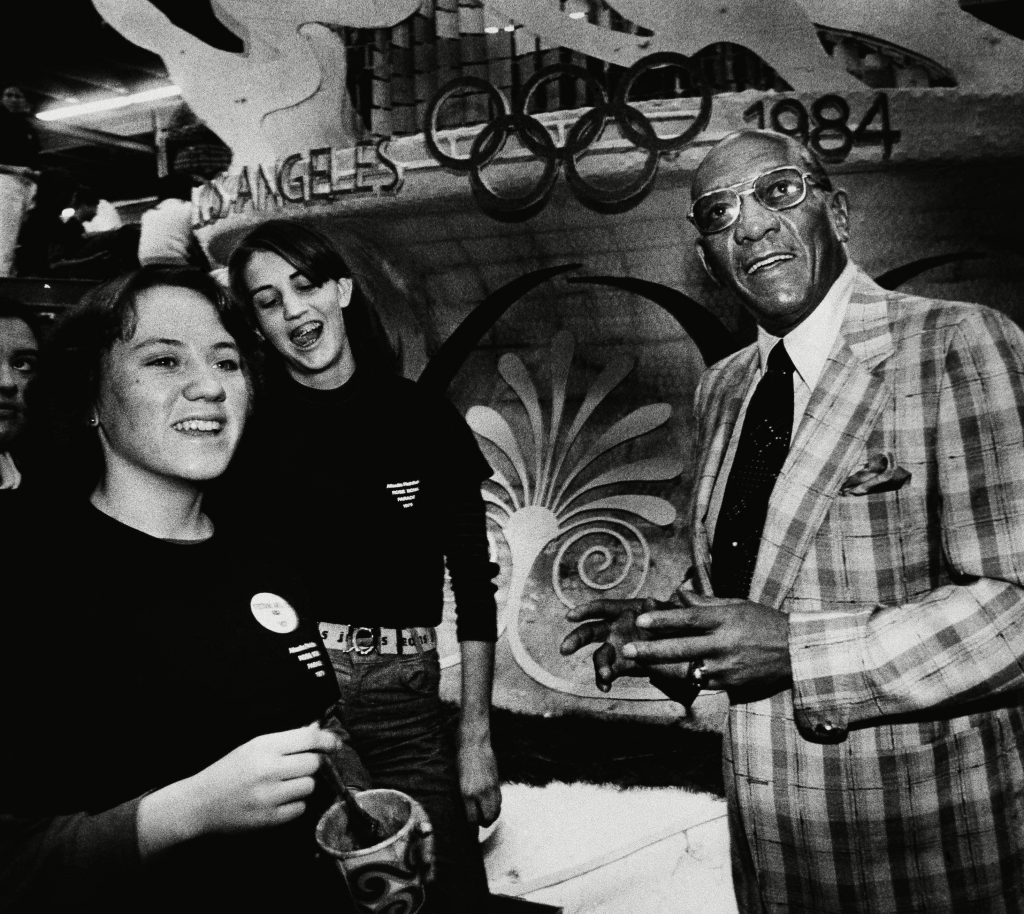 Former track star Jesse Owens, who won four gold medals in the 1936 Olympics, chats with volunteer worker Peggy Yocum, 17, as he inspects the float he will ride in the 1979 Tournament of Roses Parade in Pasadena on New Year's Day. The float depicts the "Spirit of Olympia," and follows the theme of the parade "Our Wonderful World of Sports." Owens rode the float with five other Olympic Games medal winners. 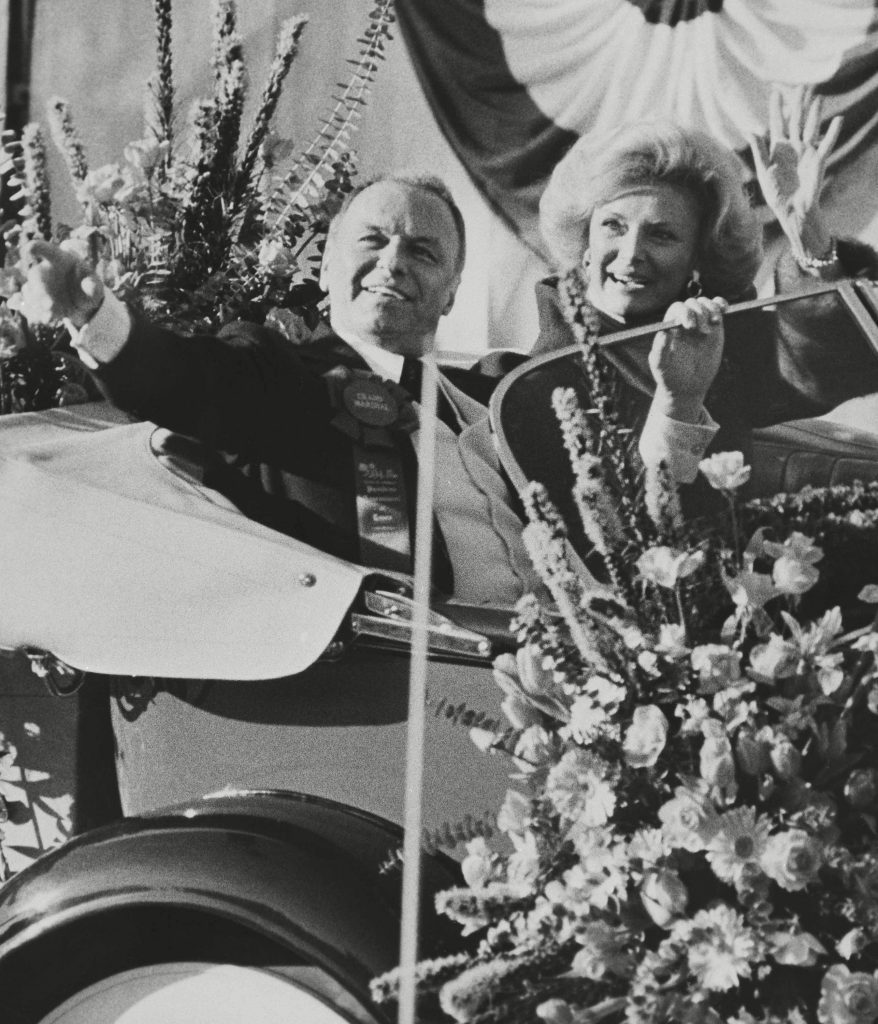 Entertainer Frank Sinatra and wife, Barbara, wave to the crowd from their convertible in the Rose Parade in Pasadena. Sinatra was the grand marshal for the 91st annual parade in 1980. Don't miss the most popular tourist attraction in every state.