iStockphoto/ThinkstockThis week’s oddest headlines will make you thankful for even the lamest first dates, your freedom to make quirky fashion 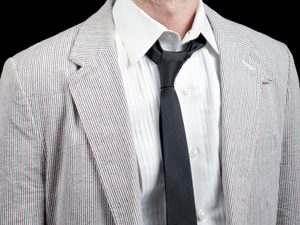 iStockphoto/ThinkstockThis week’s oddest headlines will make you thankful for even the lamest first dates, your freedom to make quirky fashion choices, and more. Let’s see how:

• Florida man allegedly carjacks his date: Ah, young love. Nimeha Milien, 21, says she met Donald McGhee, 19, for a blind date and took him for a “romantic stroll” at Ocean Inlet Park in Palm Beach County. At the end of the enchanted evening he, you know, allegedly held her up at gunpoint and stole her vehicle—like a true gentleman. Cops chased him down, and he’s currently being held in Palm Beach County Jail.

• Missouri senator hates adults in seersucker: According to the Riverfront Times, State Senator Ryan McKenna submitted a handwritten amendment to a higher education bill stating, “Any person living in this state aged 8 and under may wear seersucker suits at their leisure. Any person over the age of 8 living in this state may not wear seersucker suits because adults look ridiculous in seersucker suits.” He later withdrew it after realizing that it “probably wasn’t germaine to the bill.” The Times notes that his rival Missouri lawmakers often wear seersucker and “some even coordinate to come out in full force on Wednesdays.” Coordinate? Perhaps McKenna is onto something.

• Man builds elaborate lifejacket for sick goldfish: Now all of you pet-flushers have another reason to feel bad. When Leighton Naylor, 32, learned that his fish, Einstein, had a bladder disease and could no longer stay adequately buoyant in his tank, he put together an impressive floatation device made out of recycled tubing. The pictures must be seen to be believed.

• 72,000 ladybugs on the loose in the Mall of America: In honor of its commitment to “stay green,” the Mall of America earlier this week released a veritable plague of tiny red and black beetles, sometimes considered cute by small children. Get the Raid, I say. 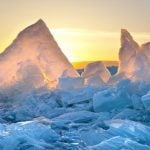