The Amazon, a vast swath of tropical rainforest that straddles parts of Bolivia, Columbia, Ecuador, French Guiana, Guyana, Peru, Surinam, Venezuela—but most of all, at 60 percent, Brazil—has been losing the battle against deforestation for decades. Prior to the 1970s, in Brazil alone, it comprised 1.54 million square miles. It’s been declining steadily ever since, destroyed bit by bit by illegal logging, soy plantations, and cattle ranching, according to Greenpeace. In 2018, Brazil’s portion of the rainforest stood at 1.274 million square, but with a new, anti-environment government in power in the country, that figure is predicted by eco-watchers to plummet, quickly.

The Amazon holds a whopping 10 percent of all the plant and animals species known to exist on our planet. About 30 million people call it home, 2.7 million of whom are indigenous. This rainforest also stores 100 billion metric tons of carbon and, according to the World Wildlife Federation, filters carbon dioxide out of the air we breathe and controls our climate through evapotranspiration. Below, we look at what would happen if this important and powerful entity were to disappear entirely, taking the unexplained mysteries of the Amazon with it.

A study published in 2012 in Nature showed that the Amazon was responsible for bringing rain to the surrounding region and that “Deforestation can reduce rainfall over a wide region, even as it spurs increased rainfall in the immediate area where that deforestation took place,” Scientific American reports. “Deforestation in the Amazon could sharply reduce rainfall in nonforested parts of southern Brazil, a rich agricultural area, as well as Paraguay and Uruguay…” and beyond.

What happens with less rain? There’s less water to drink, of course; a recent drought in Sao Paulo is thought to have been exacerbated by the Amazon’s deforestation. Less rain also means there’s less water for agriculture—ironic, since “rainfall in the Amazon also helps supply water to the very soy farmers and beef ranchers who are clearing the forest,” according to National Geographic. Droughts will only worsen as more trees are cleared, threatening food and drinking water supplies.

Cutting down any more trees in the Amazon—let alone all of them—would lead to a transition in which “tremendous quantities of planet-warming greenhouse gases” would be released, says National Geographic. As tropical forest researcher Adriane Esquivel-Muelbert told the magazine, “If we mess up with the Amazon, carbon dioxide emissions will increase so massively that everyone will suffer.” Namely, with poorer air quality and hotter global temperatures.

Already the Amazon is seeing reduced rainfall by some 25 percent in some regions, and when rains do arrive they result in massive amounts of flooding. This scenario—drier and longer dry spells followed by increasing upticks in flooding— would only intensify if the rainforest were to disappear. And not just rain but the region’s the overall climate, writes National Geographic, “is oscillating more wildly…[and] the consequences will be felt far and wide.”

Home to a staggering number of species of plants, animals, insects, and fungi, the Amazon holds a rich array of the life that exists on Earth, and an average of one new species is being discovered each day. Already in 2012, The Guardian was ringing the alarm bell about threatened and endangered species, reporting that “many face a slow…death sentence as their breeding rates fall and competition for food becomes more intense.” Destroy the Amazon and much of that diversity goes with it—wiping out an entire ecosystem at the same time. Indeed, these are some of the endangered animals that could disappear in your lifetime.

Why should humans care about this loss of species? “It’s kind of a cliché that the cure for cancer might be in the Amazon, but it’s also kind of true,” Esquivel-Muelbert told National Geographic. As Rainforest Trust highlights on its website, almost 90 percent of human diseases are treatable with prescription drugs that were derived from things in nature, like snake venom, molds, and a shrub called periwinkle—some of which have their origins in the Amazon. How many future cures will be lost with the rainforest’s demise? No one knows for sure.

The loss of the Amazon’s trees, which has sparked a loss of rain and an increase in drought conditions, has led to an increase in fires that are bigger than ever and that burn for much longer than their predecessors. These fires release even more carbon into the atmosphere, worsening some of the conditions already highlighted here, like an increasingly hotter climate.

The Amazon is home not only to plant and animal species but to people as well, many of whom rely on the rainforest for their livelihood. “[All of t]he world’s rainforests…provide food, energy security, incomes, and medicinal plants for 300 million people,” points out The Guardian. “And as the forests come down, the people who live in or around them and depend on them become impoverished. Without the forests, people migrate to cities, or move to richer countries in search of work.” The loss could be similar to what was experienced at coastlines around the globe—see what the world’s most polluted beaches used to look like. 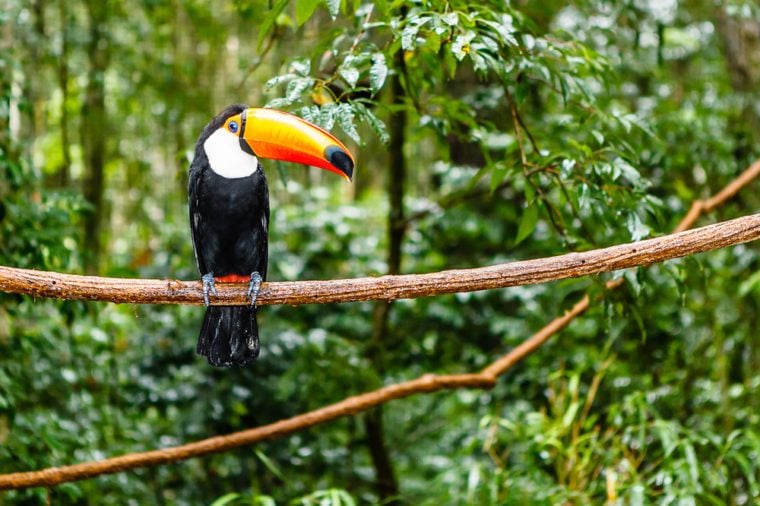 Unexplained Mysteries of the Amazon 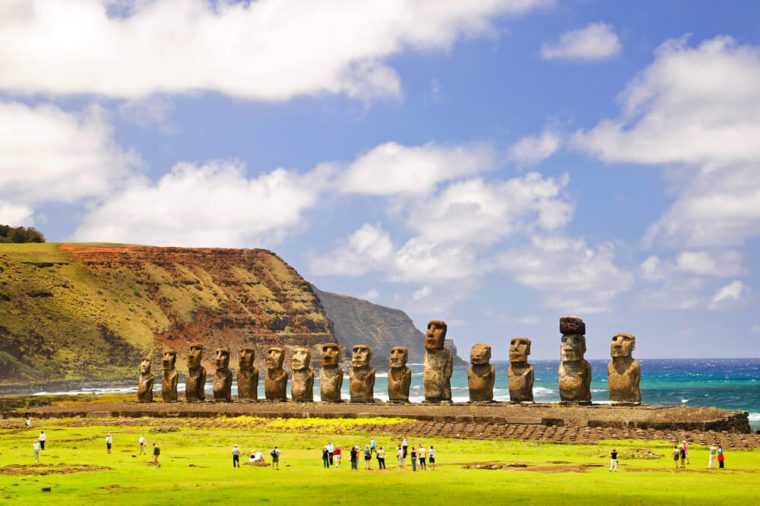 Most Remote Places on Earth