Adoption is a lot more complicated than you think

Each year, approximately 140,000 children are adopted by American parents. The majority (62 percent) of domestic adoptions take place during the first month after birth, and more than a quarter of adoptions are international. Forty percent do not share race, culture, or ethnicity with their adoptive parents. Those are the facts. What those facts don’t reveal is the personal and emotional side of adoption, including the tough stories and the stories that will melt your heart. Each adoption is unique, as are the experiences of those who are adopted. Still, there are a few common threads among adoptees—including the things they believe everyone gets wrong about adoption. Some of these things are slightly irritating; others are outright offensive. Here’s what you need to know.

Lisa Schieff, 30, was adopted in Guatemala when she was 9 months old by an American couple who fell in love with her at first sight. The adoption was private, and Schieff can’t recall a time she didn’t know about it. It was never an issue, she says, until clear differences between herself and her adoptive family became apparent. “You know you’re different, and it’s not a big deal when you’re a child,” she explains. “It’s when you get older and you’re settling your identity that you begin to see the physical and emotional differences.” The costs of adoption may be more than you think—in many ways.

Not knowing our health history is more problematic than you realize

When you know your biological relatives, you also know their medical history, at least to some degree. For people who are adopted, health history is another missing link. “I don’t know anything about my health history,” Schieff says. “I go once a year [to the doctor] and have a physical and blood tests that most people don’t because we really don’t know what I’m likely to develop or contract. If you have no connections to your biological family, you have to take care of your health. I have to be cautious.”

Culture is important—even if it’s not yours

For those adopted abroad, missing cultural connections can be confusing. Alexandra, 24, was adopted from China when she was just 5 months old, but that didn’t change the fact that she wanted a connection to her heritage. “My family tried to incorporate Chinese culture into my life, but we moved to Colorado when I was little,” she says. “That was hard, because no one looked like me. I have Asian friends now who aren’t adopted. I’m very whitewashed in comparison. We have similarities, but I know I’m different. I keep my shoes on in the house, and I don’t know all of the Asian foods they do. Their families call it the Lunar New Year, not the Chinese New Year—things like that.” Of course, adoptive parents try to do their best. That’s just one of the things they wish you knew.

We want to see others who look like us

A lack of physical similarities among family members can make differences feel glaring for adopted children. Schieff says, “We just want to be able to look at someone who looks like us—it’s a further understanding of ourselves.”

Iris Bryant, 46, was adopted at six weeks and actually learned of her adoption by accident. Once she knew the truth, she also yearned to see someone who shared a resemblance with her. “We would go on vacation, and at every amusement park or campsite, I was always looking for someone in a crowd who looked just like me.” When you don’t know your background, that could be anybody. Did you know these famous people were also adopted?

Even if an adoption occurs at birth, the separation of biological parent and child leaves a mark—it’s a myth that it doesn’t. (Here are more myths about adoption you need to stop believing.) Carli Glen, 23, who was adopted at birth, explains how conflicted she felt when she was growing up, even though she had a secure, loving home. “[My adoptive family] always celebrated my adoption day like it was my second birthday. My friends were all jealous,” she says. “There’s a lot of mixed feelings that come with adoption, though. Feelings like rejection, because I also belong to two people who chose to give me up.”

Bryant adds, “Adoption will always leave a part missing. There’s the unknown. I would ask myself, ‘What did I do wrong that my mother didn’t keep me? Did I cry too much? Why wasn’t I good enough?'”

For those adopted internationally, the desire to feel a sense of belonging can become overwhelming. Alexandra explains, “I studied abroad in China, and I had such culture shock. I looked Chinese, but I didn’t feel Chinese. I really thought I was in touch before that. I took Chinese classes and could speak and understand it a bit. When I got there, I was expected to understand a language I didn’t know. I actually had a little argument while there with someone who didn’t believe I was American because I didn’t ‘look American.'”

Not all of us know our stories

While some adoptees know the details of their beginnings, many don’t. “I’m friends with some other Guatemalan adoptees, and some of them know their entire story—but not all of us get that,” says Schieff. “It’s hard. I have bits and pieces, [but] I don’t know why I was given up. It’s hard when someone else gets a reason for it and you have no idea.”

Sometimes, adoptees don’t even know basic details about themselves that so many of us take for granted. “My birthday isn’t even my birthday—the information from China was very vague,” says Alexandra. “Part of us will always be missing.” Read this moving account of how one mother helped her adopted son accept his “missing piece.”

We are grateful…but it’s complicated

Among the more offensive things said to adoptees is that they should be grateful—and nothing more. While this statement lacks empathy, it also completely disregards an adoptee’s complex emotions about a complex situation. “People forget that their adopted child or friend has another family somewhere else,” says Alexandra. “We hear it from friends, too—things like, ‘Your parents love you. You should be grateful.’ It’s always like, ‘I am, but you’re not understanding this.’ Part of us will always be missing. Some of us have to guess our birthdays and blood types.” While complicated, being adopted by a loving family is obviously also wonderful in many ways. Case in point: These heartwarming stories of older children who finally found their forever homes.

The biggest struggle some adoptees face is the assumption from others that America isn’t home. “I’m African American, and my parents are white,” explains Glen. “When people find out I’m adopted, they often ask what country I’m from. I tell them I’m from New Jersey! They don’t understand that there are many domestic interracial adoptions.”

This assumption can even lead to hostility and unabashed racism. “In this political climate, things can get interesting,” says Schieff. “I’ve been told to go back to my country. This is our home. We know nothing different. English is my first language. We’re citizens.” Situations like this are just one of the reasons this 1954 essay on humanity is more relevant now than ever.

Adoption can be a difficult topic to talk about, but it’s necessary. “Even before I knew I was adopted, I thought something was different,” Bryant explains. “People said my siblings looked just like my parents, but no one ever told me that. It’s important to acknowledge it and talk about the fact that a child came to your family in a different way.”

Glen’s parents gave her details, and she still appreciates that. “They told me I have a biological mom who gave me to them to take care of, because she couldn’t,” she says. “I’m glad I know that I can ask more questions.” Another missing piece of the adoption puzzle could even be a twin you’ve never met. Don’t miss these 12 real stories of twins separated at birth that will give you goosebumps.

Some of us don’t want to contact our biological family

Not everyone has a reunion story—or wants one. Angela, 30, adopted at a month old, says her life with her adoptive family has been incredible, and she has no desire to reach out to her biological family. “It would be interesting to know the story behind my birth, but other than that, I just don’t feel that my [adoptive] mother could ever be replaced,” she says. “And who knows if my biological parents want to be found. I’m sure they have their own lives, maybe other children. I don’t feel like I’m missing anything by not having that connection.” On the opposite end of the spectrum, this woman searched for her birth mother for 33 years.

We wish you used the correct vocabulary

The number one request among interviewed adoptees? Stop asking this question: “Do you know who your real parents are?” Glen explains, “This is such a pet peeve of mine. These are my real parents. People need to learn the correct terminology. Birth parents are called biological parents, not ‘real.’ What do they think my adoptive parents are—fake?”

Angela adds, “I am always OK when people ask, as long as it’s coming from a place of wanting to understand. But asking if I know my real parents is offensive.” Whether parents are biological or adoptive, the key is to create a loving, nurturing home. Here are the secrets of the happiest families.

Not all of us want to know we’re adopted

While some adoptees would prefer to know they were adopted early on and some have even found their birth parents through DNA kits, others would rather be left in the dark. Angela explains, “I wouldn’t change my family for anything. My adoptive mother and I look alike, so you’d never know we weren’t blood relatives. I even took a DNA test, and my background is very similar to my parents’. Honestly, I think all the parenting books tell parents to tell us when we’re younger, but if I had a choice, I wouldn’t want to know.”

Some of us forget we’re adopted

For some, adoption is a small detail in their personal history that goes unnoticed most of the time. Susan Forsyth, 58, was adopted when she was just six weeks old and says her childhood was ideal. “When I was younger, I would forget I was adopted,” she explains. “I never felt out of place in my family, and people used to say I looked just like my dad, which I loved.”

And adoption isn’t something that should garner sadness or be talked about in hushed tones. “A lot of people approach the topic of adoption with sympathetic responses,” says Angela. “There’s nothing to be sympathetic about.” There is, however, something to be said for knowing how to prevent a conversation from being awkward.

Nature versus nurture is a real debate

Many adoptees may wonder if they’re like their birth parents—and some already know the answer, at least partially. Angela is one of those people. “I’ve always loved equestrian sports, and I read on some adoption paperwork that my birth mother loved horseback riding,” she says. “It makes me wonder about nature versus nurture. I also see a lot of my adoptive mother’s traits in myself.” Here are some quirky traits you didn’t know were inherited. 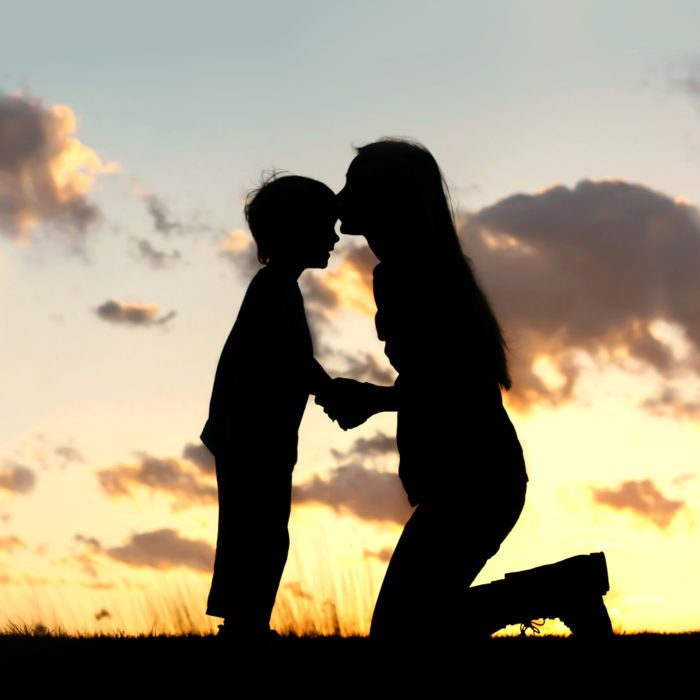 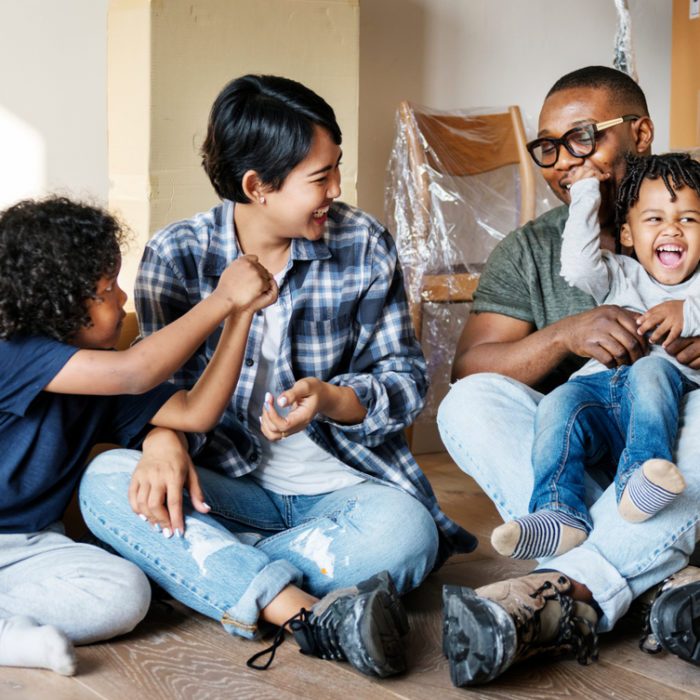 Myths About Adoption to Stop Believing 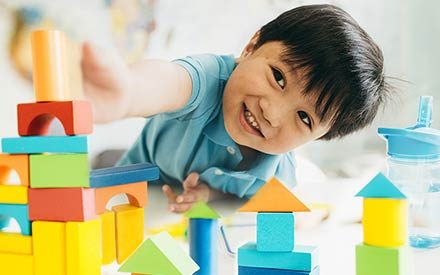 What Adoptive Parents Want You to Know