This Is Why People Believe Pennies Bring Good Luck

There's a reason why they're luckiest when they're heads up. 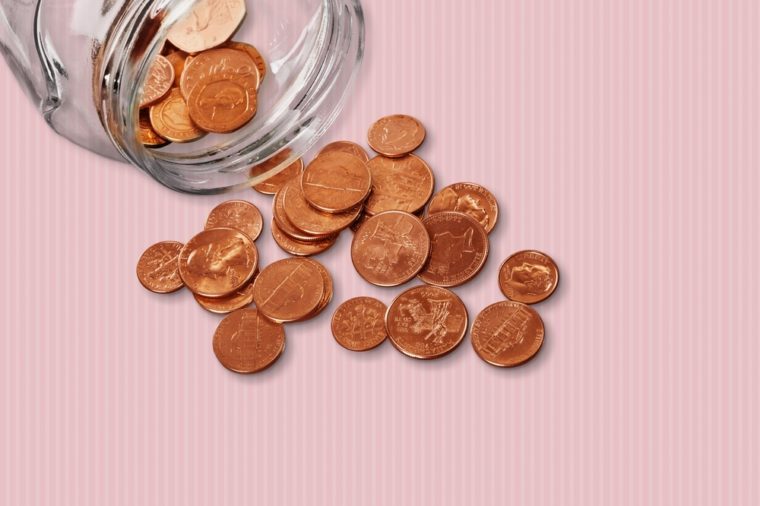 Finding spare change or an extra dollar in your pocket always feels like a victory, but even finding something worth as little as a penny is satisfying. Without thinking, you might hear the familiar rhyme in your head when you spot one on the sidewalk: “Find a penny, pick it up. All day long you’ll have good luck.”

According to one theory, people originally thought pennies would bring good luck because of religious beliefs. Folklore from ancient civilizations said metals—like copper—were gifts from gods intended to protect people from evil. This theory also fueled other superstitions like charm bracelets and metal horseshoes, which are also “lucky.” Plus, metal currency like pennies were linked to more wealth and thus more luck. That might be a straightforward explanation, but these 11 bizarre origins of other everyday superstitions sure aren’t.

Another reason people might have claimed pennies would bring good luck comes down to the battle between good and evil, which is like two sides of the coin. Finding a penny heads up meant you’d have luck on your side, but tails up would mean the opposite, although the exact reasoning for this is unknown. Some people say that if you find a penny tails up, you should flip it over to make it heads up so that it can bring luck to whoever finds it next.

No matter the reasoning, pennies are part of many lucky traditions. The Irish half-penny, which stopped circulating in 1987, is especially lucky to anyone who finds the rare coin. Then there’s also the old saying that brides might recognize: “Something old, something new, something borrowed, something blue, and a penny in the shoe.” These are all things brides should wear on their wedding day for good luck in their marriage; that lucky penny—or a silver sixpence, as the original rhyme said—would bring prosperity to the couple. If you’re superstitious, you’ll also want to keep these unlucky things out of your home.