When you think of the Wild West, you probably think of cowboys ruling the range…but a peek back at the history books reveals that women in Wyoming were powerful in ways you might not have thought. In 1869, the Wyoming territory passed the Wyoming Women’s Suffrage Act, the first in the nation to grant women the right to vote, without restrictions like marital status, property ownership, or monetary requirements—something that changed women’s history forever. That means these pioneers were allowed to vote a full 50 years before the 19th Amendment was passed. They also paved the pathway for all American women to get the right to vote. So, what’s the backstory?

How Wyoming made history

No records were kept of the debate between Wyoming territorial lawmakers, but historians have theorized about their motivations and intentions. Yes, some lawmakers believed that women’s suffrage was consistent with the goals articulated in the 15th Amendment after the Civil War, which guaranteed the “right of citizens of the United States to vote shall not be denied or abridged by the United States or by any state on account of race, color, or previous condition of servitude.” But that’s not why others were on board with this idea. According to History.com, the Wyoming Territory population at the time consisted of six adult men for every adult woman. Some lawmakers reportedly hoped suffrage would entice more women to the state.

“The reasons behind the bill for women’s suffrage in the Wyoming Territory are complex and often interwoven. As well as believing it was simply the right thing to do, some legislators hoped to attract more women to Wyoming as it sought the number of residents needed to achieve statehood,” says Renee Laegreid, PhD, a history professor specializing in the American West at the University of Wyoming. “Others, angry at the idea of black suffrage, argued white women’s votes were necessary to counter black votes.”

According to Laegreid, non-supporters of women’s suffrage figured that the bill would conflict with Governor Campbell’s party’s position, he would not sign it, and the issue of women’s right to vote would go away. That’s not what happened, though.

Who was the man at the center of the action?

Campbell was a Republican appointed by President Ulysses S. Grant. “While women’s rights were supported by many in the Republican party, in the years after the Civil War, women’s suffrage was placed on hold by the Republican party to pass the 15th Amendment (which happened in February 1869) and maintain it. Therefore, when women’s suffrage was signed into law, it was going against his party’s position/focus at the time,” explains Laegreid.

To make a long story short, the bill was introduced by William Bright during the first session of Wyoming’s territorial legislature in 1869. Bright was a South Pass City saloonkeeper, a Democrat, and a former Virginian who had fought for the Union Army. “He felt his wife should also be able to vote,” says Laegreid. “He also thought it was the right thing to do [and was] influenced by two women who favored suffrage, including his wife, Julia, and South Pass City resident Esther Hobart Morris.”

The bill passed the Council, where Bright had first introduced it, six votes to two. Then the House passed the woman’s suffrage bill seven votes to four, with one abstention. Governor Campbell signed it into law on December 10, 1869.

A precedent is established

“Ultimately, the passage of Wyoming’s Women’s Suffrage Act demonstrated to the United States and the international suffrage movement that suffrage legislation could pass and that women were fully capable of making well-considered political decisions—sparking additional suffrage acts around the nation and leading up to the 19th Amendment 50 years later,” says Laegreid.

What is it about Wyoming that allowed this to happen? Diane Shober, executive director of the Wyoming Office of Tourism, has a few ideas. “Determination, resiliency, and the pioneering spirit is built into the DNA of the West, so it’s no surprise to me that the strong women of Wyoming helped to pave the way for women’s suffrage. From the first vote to the first female elected governor and many more, we are proud of our role in history throughout the state and the women continuing to lead the way today.”

Wyoming wasn’t the only place ahead of its time. These 15 countries gave women the right to vote before the United States did.

Who was the first female voter?

According to the Louisa Swain Foundation, on September 6, 1870, Louisa “Eliza” Swain made history as the first female voter when she cast her ballot in Laramie, Wyoming. At the time, the Sentinal wrote, “There was too much good sense in our community for any jeers or sneers to be seen on such an occasion.”

Louisa Swain was born in Norfolk, Virginia, in 1800. She was a Quaker, and she was married with three children. And while this was a historic moment, there was no fanfare around it. In fact, according to Visit Laramie, the morning Swain voted, she put her apron on, grabbed her tin pail, and made her way to town. While running errands, she stopped at a polling place to vote. According to newspaper accounts, she was one of 93 women who did so that day. Check out these rarely seen photos of the first women voters in 1920.

Twenty years later, in 1889, Wyoming sought statehood and insisted that women maintain their voting rights, according to History.com. Congress, however, had other ideas and said that Wyoming wouldn’t be let in the Union if this were the case. That’s when the territory’s legislature sent this message via telegram: “We will remain out of the Union one hundred years rather than come in without the women.” Congress caved, and in 1890, Wyoming formally became the 44th state—and the first state to grant women the right to vote.

Here’s how one woman’s letter to her son helped give women the right to vote across the country.

One thing leads to another

Give a gal an inch and she’ll know how to turn it into a mile. Estelle Reel was an educator who fought to get the Republican nomination for Wyoming superintendent of public instruction in 1894. She became the first woman to be elected to a statewide office and was inaugurated on February 7, 1895.

She was a force to be reckoned with. According to the Wyoming State Historical Society, Reel was born in Illinois in 1862 and came to Cheyenne in 1886 after being educated in Boston, St. Louis, and Chicago. The firebrand didn’t back down from criticism showered upon her by some school-board members. She made it clear that it was up to her where she would attend church, live, and buy her clothes, and that moxie reportedly won her the respect of voters. They gave her a resounding vote of confidence with a huge margin of victory in 1890. She was re-elected two years later and then set her sights on becoming the state superintendent.

Bet you had no clue the first female governor in the country was elected in Wyoming. Nellie Tayloe Ross became the country’s first female governor when she was elected in 1925 to complete the term of her husband, William B. Ross, who died in office. When the Democratic party nominated her to step into her husband’s shoes, she wasn’t all that keen on the idea at first. But she eventually decided to throw her hat into the ring, because she believed she could fulfill her husband’s vision and pick up where he had left off. After her term, she was appointed by Present Franklin Delano Roosevelt as the first woman to head the U.S. Mint, a position she held from 1933 to 1953.

Here’s a look at the other states where women could vote before 1920.

This year, Jackson, Wyoming will celebrate the 100th anniversary of the first all-women’s civic government in the United States, known as the “petticoat government.” By 1920, Wyoming had marked 50 years of women’s suffrage and the 19th Amendment had just been passed, but this was a first for the nation.

These ladies rocked. According to the Wyoming State Historical Society, Grace Miller served as mayor, and Rose Crabtree, Mae Deloney, Genevieve Van Vleck, and Faustina Haight made up the Town Council. They served from 1920 to 1923, beating their opponents in some cases by a margin of 2–1. Crabtree even bested her husband to win the position. Elected on May 11th, they appointed other women to take administrative positions when they took office on June 7th, including town clerk, health officer, treasurer, and town marshal. These appointments were important distinctions for the all-female civic government versus just town council.

“As the first civic government made up of all women, Jackson’s ‘petticoat rulers’ made improvements to the town’s finances and infrastructure, building new culverts, rehabbing buildings, and more,” says Kim Viner, a volunteer historian at the Laramie Plains Museum. And according to the Jackson Hole News & Guide, they didn’t mess around. When they took office, there was a paltry $200 in the town’s kitty due to uncollected fines and taxes, so they went out and personally collected every cent due the town. Just like that, there was $2,000 in the treasury.

A litany of cool firsts

Women in Wyoming broke even more barriers over the years. In South Pass City in 1870, Esther Hobart Morris was appointed as the first female justice of the peace in the United States. The first thing she did in office? Charge her predecessor for not handing over the court records to her. Wyoming also has bragging rights as the first place in the nation to have women serve on a jury. In March 1870 in Laramie, women were sworn in on a Grand Jury and, a month later, on a Petit Jury. And we could go on, but you get the idea. Wyoming paved the way for the rights half of the country enjoys today. Don’t miss these other trailblazing women who made history. 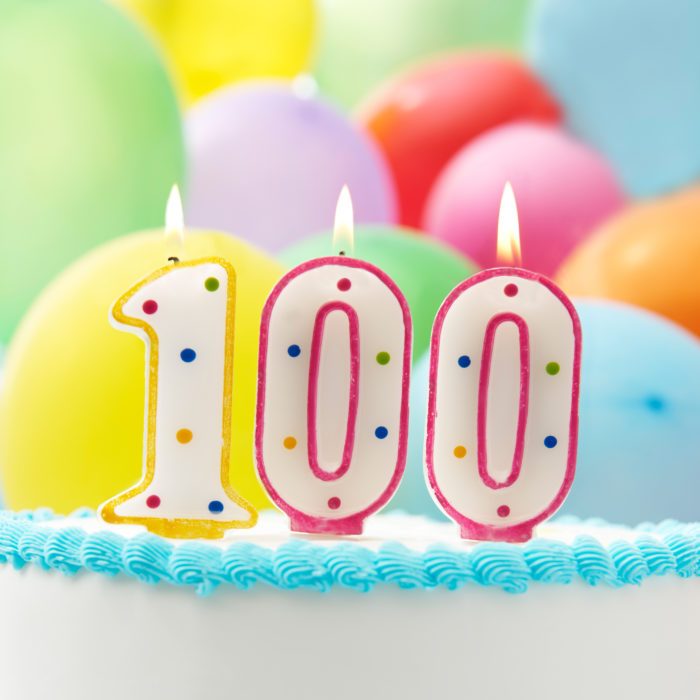 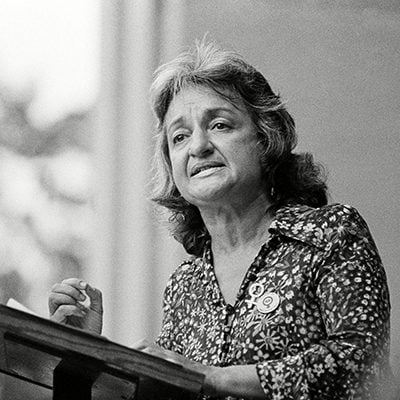 Women Pioneers Who Changed the World 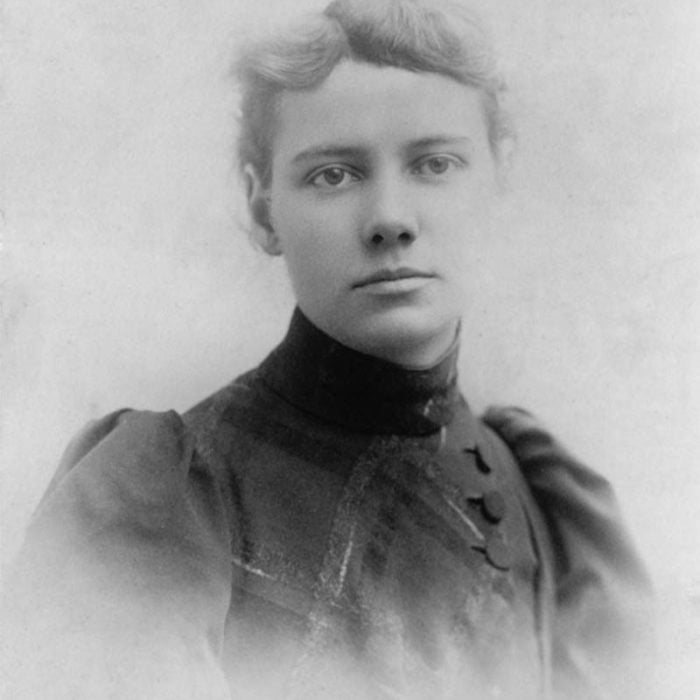 Incredible Women You Never Learned About