Your Yard May Be Home to More Wildlife Than You Realize

Where on earth is my father shooting video of these mysterious critters? Amazingly, they’re from my neighborhood. 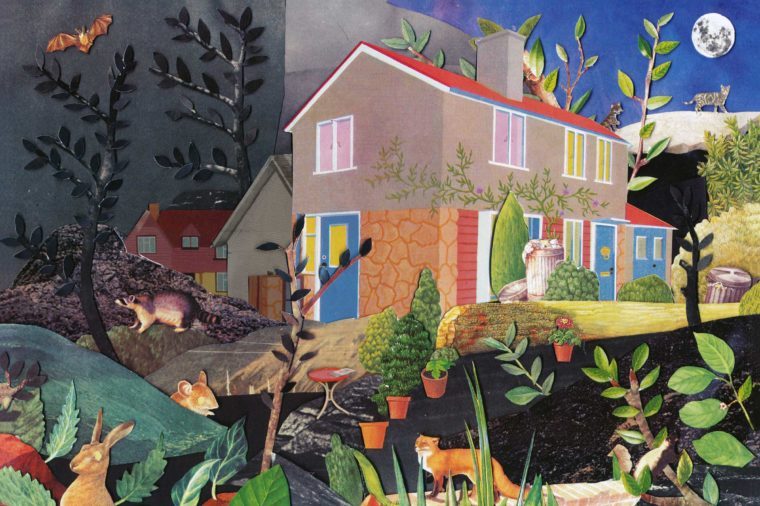 Last year, I received an e-mail from my dad, under a mildly worrisome subject line: “Mystery critter???” There was no body text, but attached was a ten-second video clip, shot in the eerie grays of infrared night vision. It showed a furry creature, about the size of a Pomeranian, charging away from the camera and down a driveway.

Midway through the video, the animal stops abruptly, turns slightly, and stares back—if not directly at the camera, near enough that its retinas catch the light and, for a moment, glow. Then it slouches off, away from the camera and into the darkness. Watching it again, I noticed that the driveway looked oddly familiar. It was my childhood home.

There were soon more e-mails with more videos attached. The next had a fox—or the back half of a fox—­making a rapid exit offscreen. The one after that showed a possum plodding into and through some hedges. By the time my dad moved the cameras to the backyard, he had captured another possum, or maybe the same possum, plus more foxes, a rabbit, and a pair of coyotes. He had also solved the case of the mystery critter. It was a raccoon rendered unrecognizable by the loss of its tail.

My parents live in the foothills of Santa Barbara, California, and for years they had been talking about wanting to set up some camera traps, just to see what sorts of animals were prowling around the house. But my dad had always thought the cameras were a little too expensive and complicated. Still, they pined. For the past 30 years, my parents’ primary hobby has been exploring and settling their backyard, weeding and gardening it aggressively and making note of all the paw prints and scratch marks they encountered as they did so. When I was growing up, this was where I built forts and caught lizards, dug up anthills and found skulls, bleached and buried, of long-dead rodents (and once, a pet cat).

This sort of terrain, between the settled and the unsettled land, is known as the wildland-urban interface, or WUI. Each decade, the interface is carefully mapped by the Forest Service as part of its fire-safety precautions. The last effort was in 2010, and it found that almost one in three people in the United States lived in the WUI and that it was the fastest-­growing residential region in the country. Covering 10 percent of the map, the WUI runs through the fringes of suburbs and exurbs and in the gaps they never quite fill, but it also creeps into our metropolises. In Los Angeles, where I live, I can see it from my apartment in two different spots: right in the middle of the city where the Santa Monica Mountains run, and again to the east along the San Gabriels.

About a year ago, an acquaintance recommended that my dad get the Bushnell Trophy Cam. With eight AA batteries and a memory card, the camera—­within a third of a second of detecting ­motion—could power on, capture up to a minute of footage, and store it. It cost around $150. My dad bought two.

He first pointed them toward a barren patch of hill where he had noticed a particular pile of scat, which always appeared in the same spot. After leaving the cameras on only one night, he checked. Most of the time, they misfire, capturing more mundane but still ghostly movement—­usually branches bobbing in a silent wind. But this first night, right in front of a bench where he’d attached one camera, a fox arrived. It trotted precisely to the center of the sight line and squatted, briefly, in the exact scat spot. “Can you believe it?” he said, queuing up the video to play for me again. 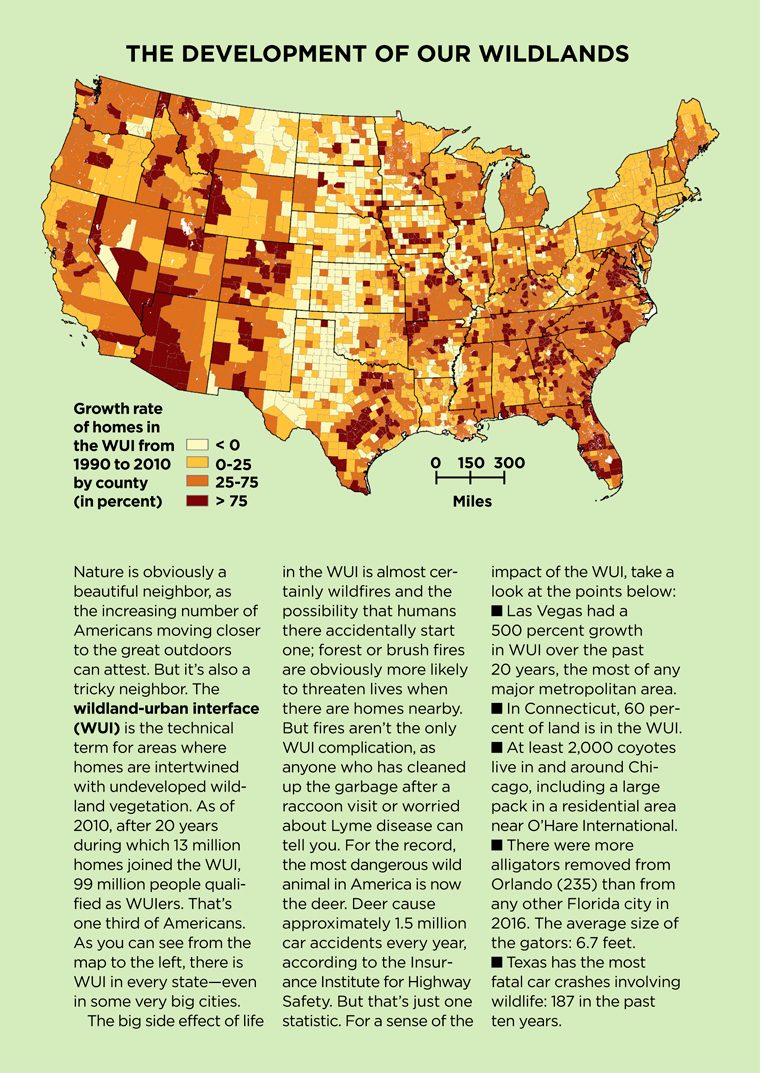 I could not, yet there it was, plain to see. For me, the pleasure in watching these videos was that they would never be entirely believable, that  the images would always appear to  be on the brink of the imaginary. Rather than making the world more knowable, they seem to make it  more extraordinary, filled with more life and movement than seems possible in the dead of night. They’ve taken the familiar—a backyard I know better than any other—and turned it into a place crawling with mystery. It serves as a reminder: In the WUI, the land is still part wild. Wilder than we might care to admit.

Don’t miss these 23 “facts” about animals you have all wrong.