As women began entering the workforce in droves, they worked as ambulance drivers, teachers, shopkeepers, and more. 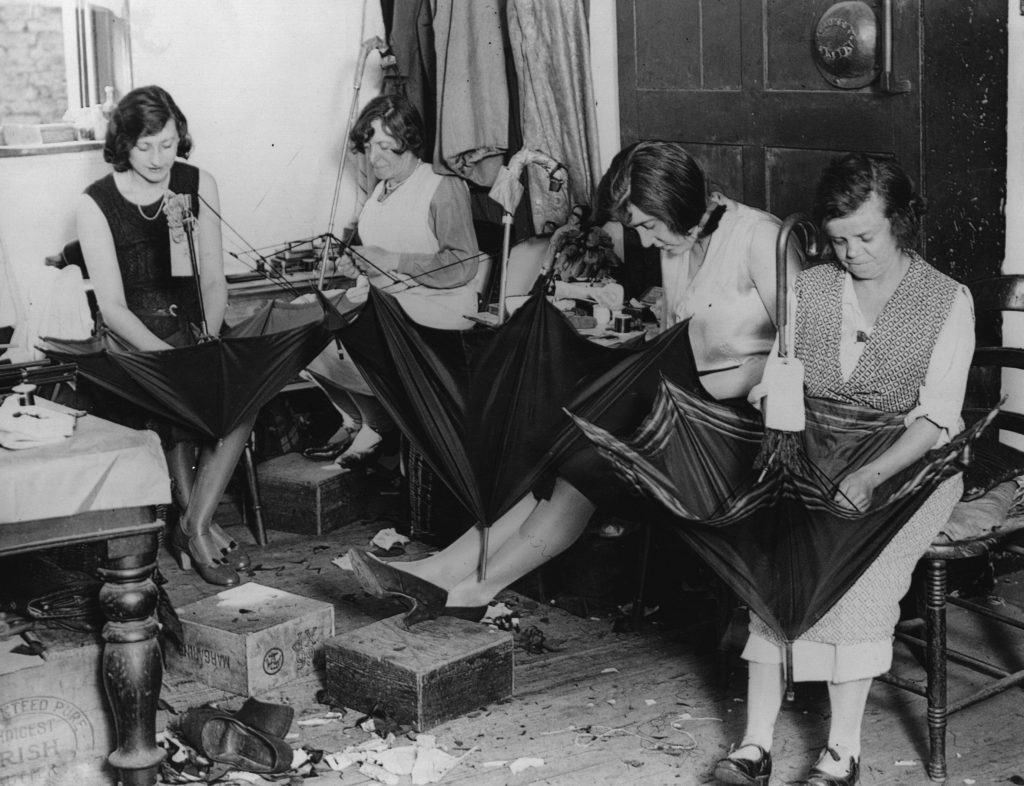 Women got the right to vote 100 years ago, and that was thanks in part to the fact that many women started working outside the home during World War I. "Hundreds of thousands—if not millions—of American women entered the workplace during 1917 to 1919," explains Doran Cart, senior curator at the National WWI Museum and Memorial in Kansas City, Missouri. In 1920, women accounted for about 20 percent of the workforce in the United States, according to the U.S. Department of Labor's Women's Bureau. By comparison, today that number stands at 47 percent. Of course, not all professions were open to women at the time. These are some of the jobs they took on as they made inroads into America's workforce. Check out these rarely seen photos of the first women voters in 1920. 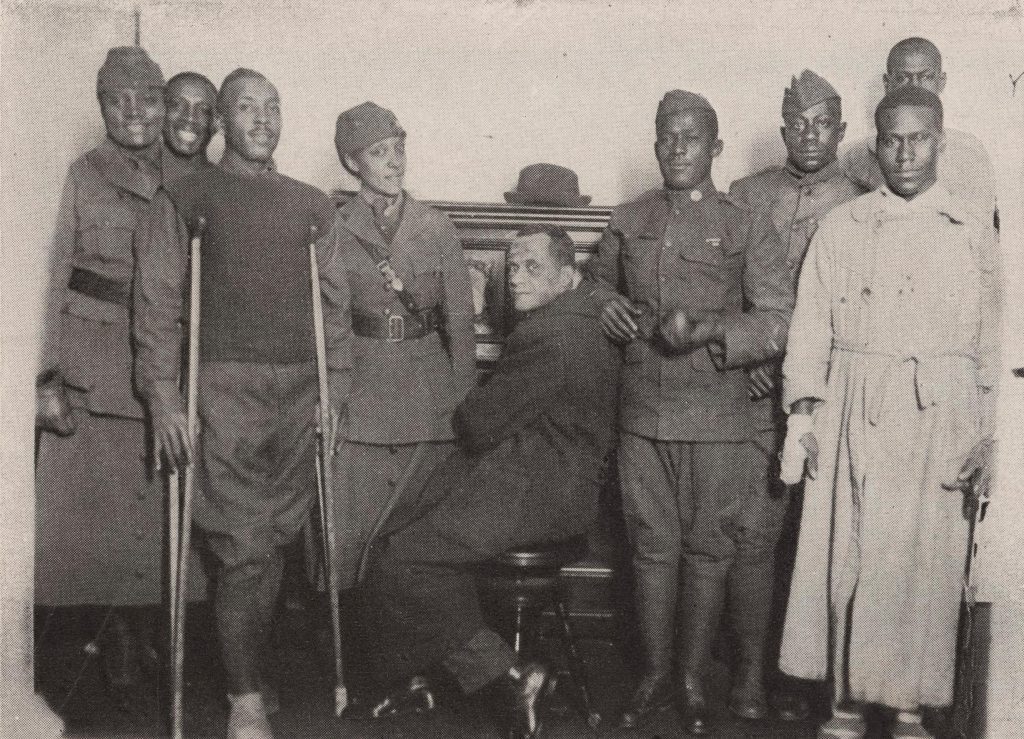 "[During World War I] as women took traditional male jobs in the U.S., African American women were able to make their first major shift from domestic employment to work in offices and factories," shares the National WWI Museum and Memorial. "The automobile age was just getting underway in WWI, and motorized ambulances became key to medical treatment on the battlefield." The two women shown here among wounded soldiers were ambulance drivers. These are 30 more women pioneers who changed the world. 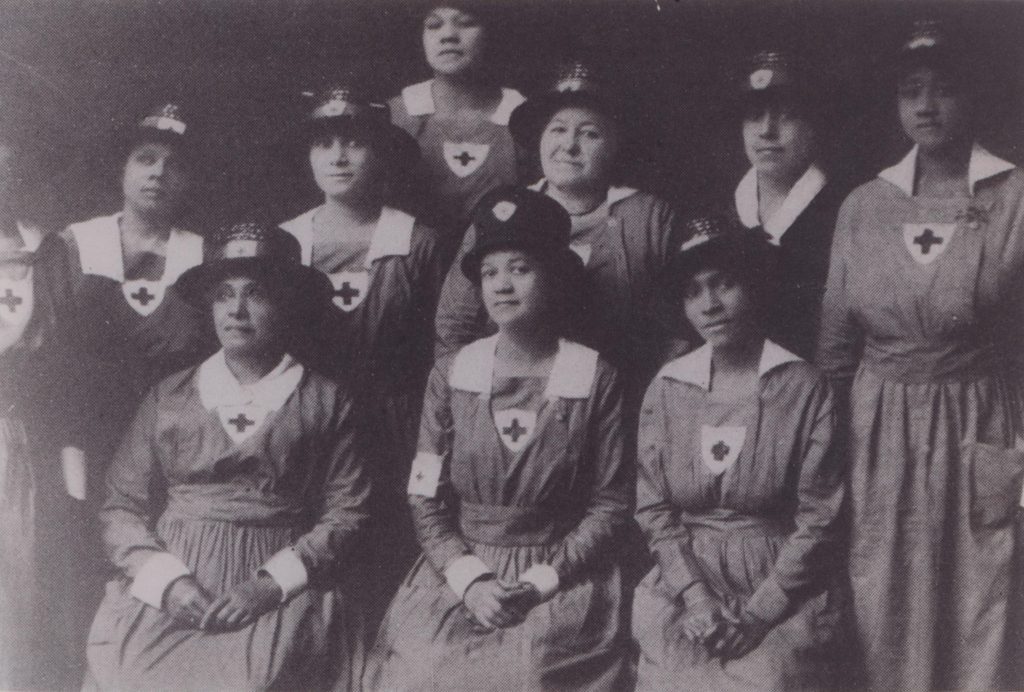 Many women served as volunteers with the Red Cross, the Salvation Army, and other organizations during World War I. Though it's unknown where the women in this photo were based, an estimated 3,000 American nurses worked in British-run hospitals in France in 2018, reports the National WWI Museum and Memorial. Like all the women on this list, you didn't learn about these 16 women in history class. 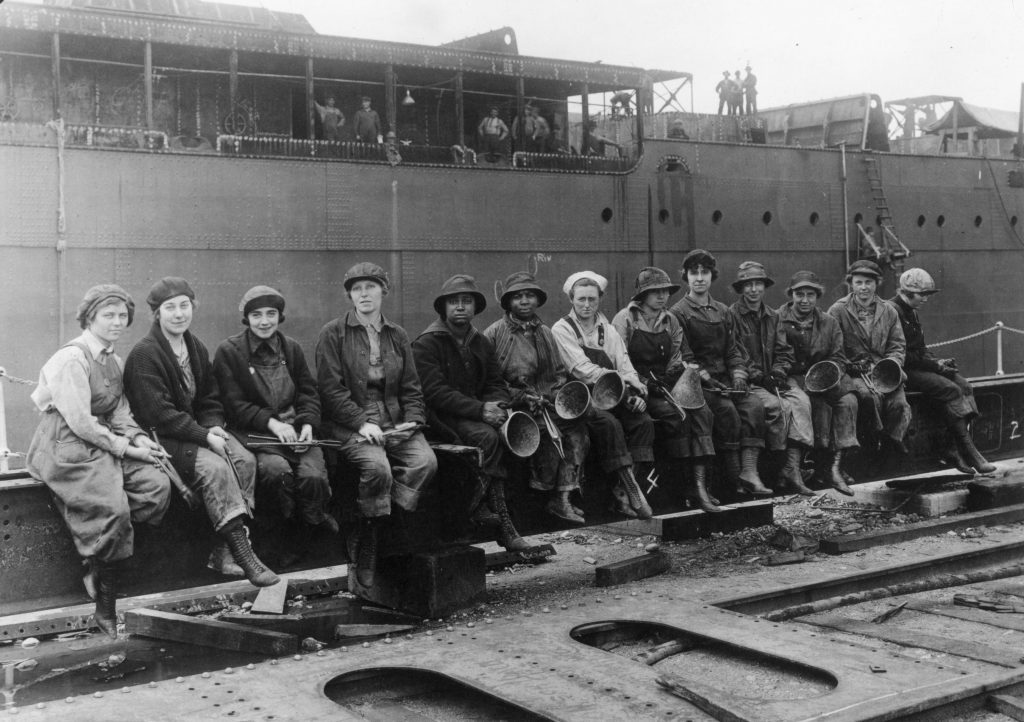 "Before World War I, three-fourths of all women employed in manufacturing were making apparel or its materials, food, or tobacco products," reports the U.S. Women's Bureau. "During World War I, the number of women in industry increased greatly and the range of occupations open to them was extended, even though they remained concentrated in occupations such as domestic and personal service, clerical occupations, and factory work." The women seen here are rivet heaters and passers on a ship in the Navy Yard at Puget Sound, Seattle, in 1919. Don't miss these 20 quotes from impressive historical women. 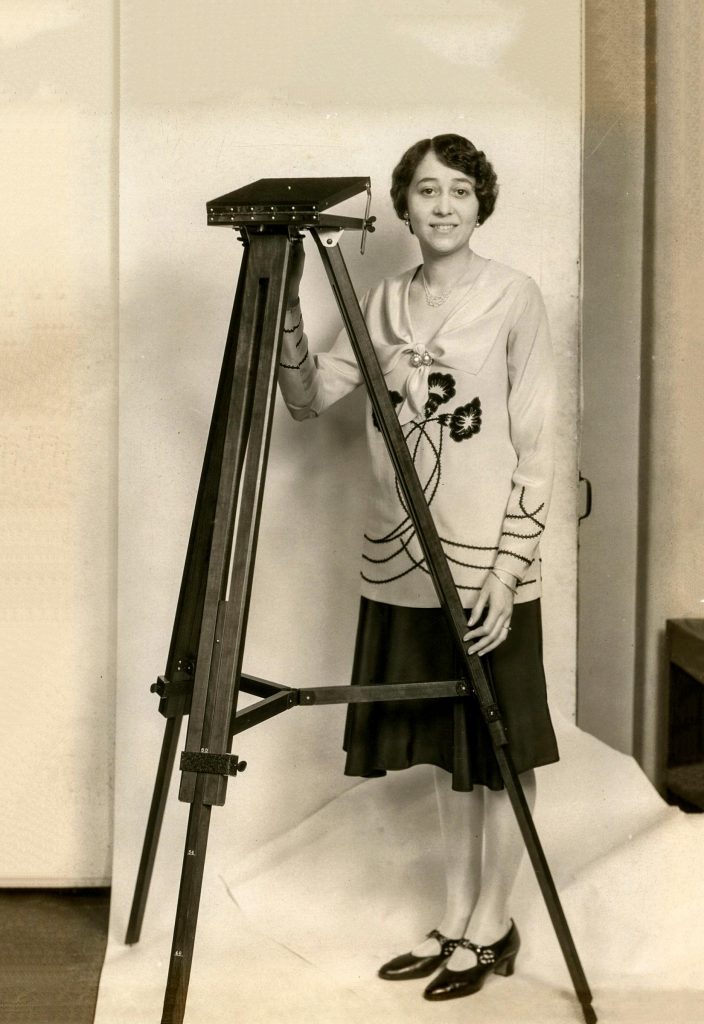 After Emily Ballard, the oldest child of German immigrants, had to leave high school after her father lost his job during World War I, she went to work with the Bell System in Chicago as a phone operator. "She later moved to another office that needed someone to photograph employees," shares her daughter, Virginia Page. "She eventually went to photography school in Michigan and opened her own portrait studio." Learn about inspiring women who are changing the world today. 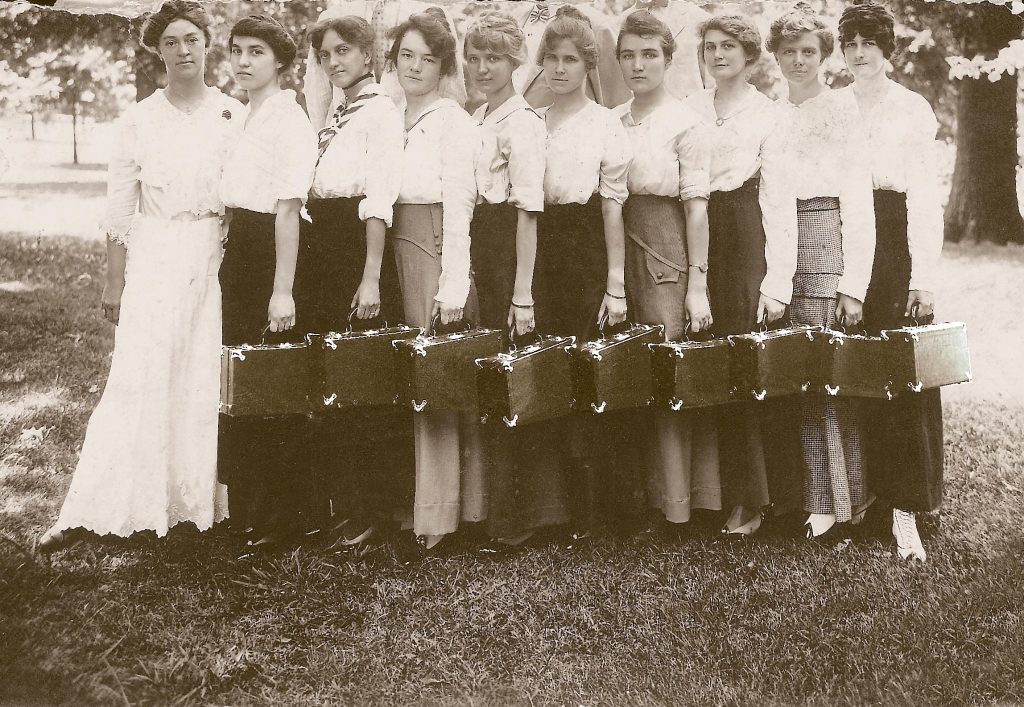 Donna Eubanks Ward (second from the right) was a demonstrator for the Calumet Baking Powder Co. in the early 1900s, according to her daughter, Ida Palusku. When Ward wed in 1916, she kept it a secret, as the Calumet demonstrators were not allowed to be married—and it stayed a secret until she became pregnant in 1918 with Palusku's older sister. Women like Ward led the way for these 13 female CEOs who made history. 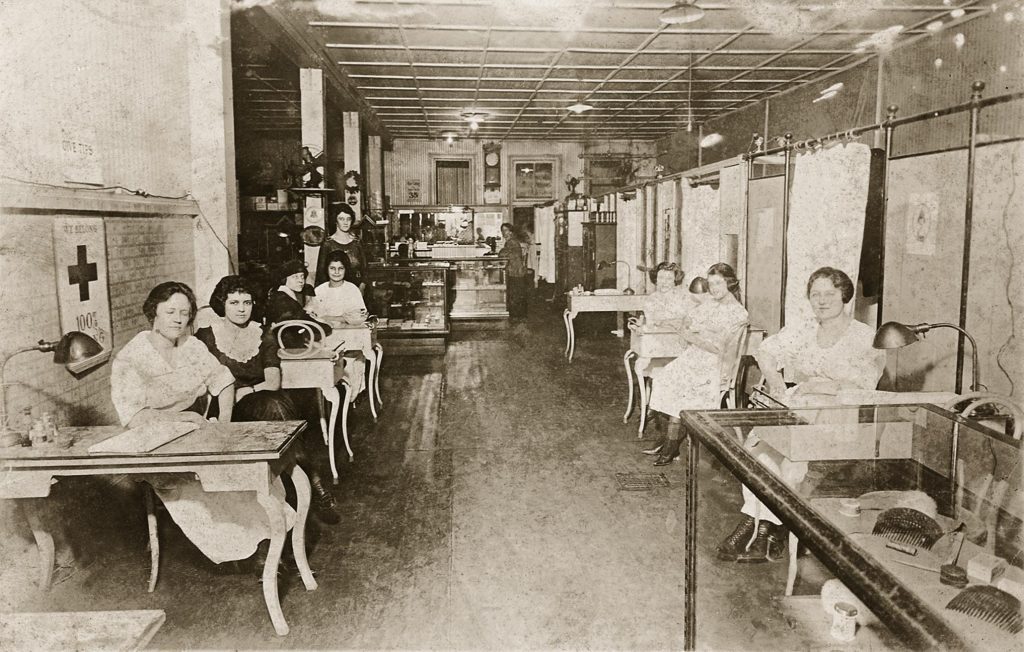 Alma Alene Coleman was married in 1914 at the age of 17. Her husband, unfortunately, died when their daughter, Evelyn Mitchell, was a mere nine months old, so Coleman took a job at the S.A. Clayton Company hair salon in Atlanta. "My grandmother took care of me while my mother was working," shares Mitchell. "She gave permanents to ladies who sat under a machine with wires above them to get the curls they wanted." She also knew how to give finger waves and marcels, using a curling iron and the proper techniques. These 58 famous female firsts helped to blaze a trail toward equality. 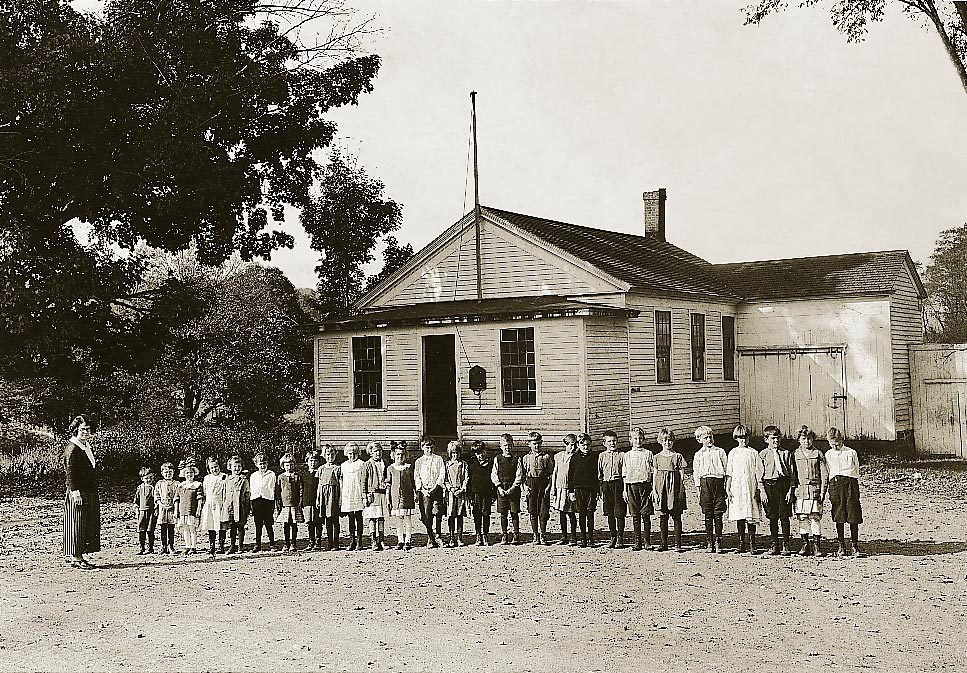 Teaching school has long been considered an "acceptable" job for women. This photo shows Belle Brown and her mother, the teacher, outside the Edgewood School in Bristol, Connecticut, in the early 1920s. See more photos of what school looked like 100 years ago. 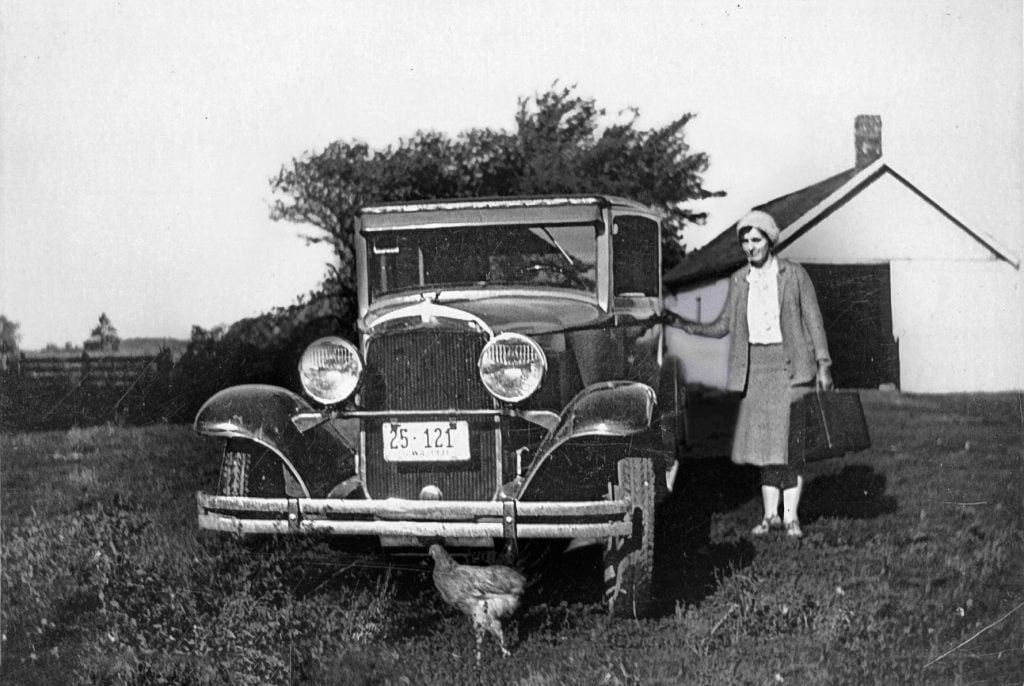 Candace Horch remembers that her grandmother, Grace Mills Wilber, sold silk hosiery door to door in Dallas County, Iowa, for Wilknit Hosiery Co. of Greenfield, Ohio. "As the wife of a farmer/carpenter and mother of two young boys during the Depression, she did what she could to earn extra income. She was so good at her sales job that she earned her first new car in 1931." Find out 13 things women weren't allowed to do 100 years ago. 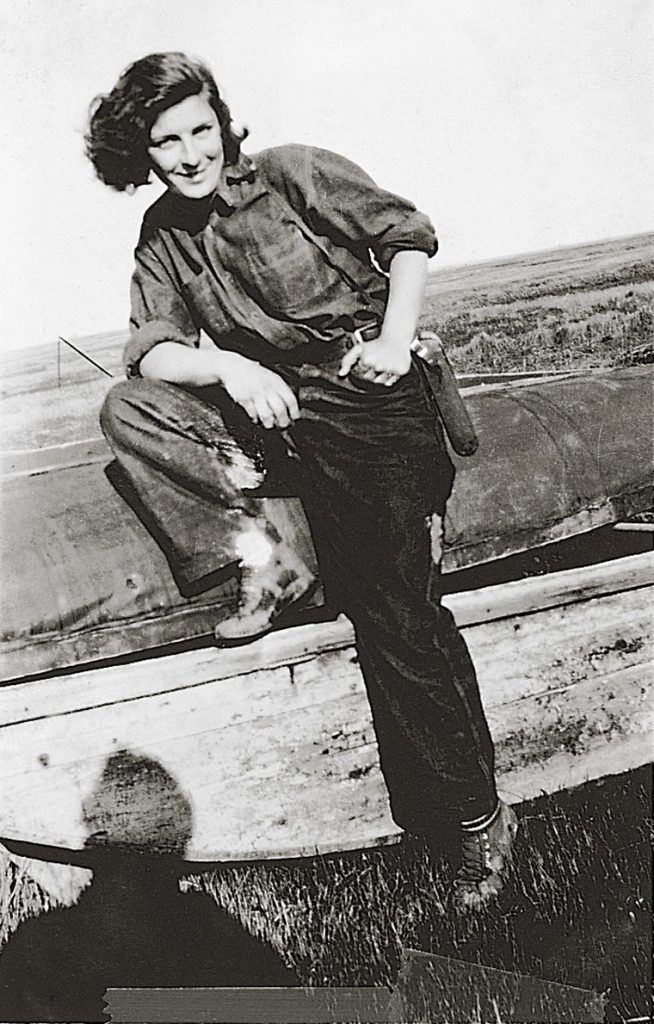 During the Great Depression, women did whatever they had to do to make ends meet—and that includes getting their hands dirty. "We were lucky to live on Long Island, with access to the local creeks and bays," recalls Mabel Zelenka. "Anyone who was ambitious could find plenty of clams, eels, mussels, scallops, and crabs. Almost all of our fishing was done by hand or with nets." Here are more moments that changed women's history forever. 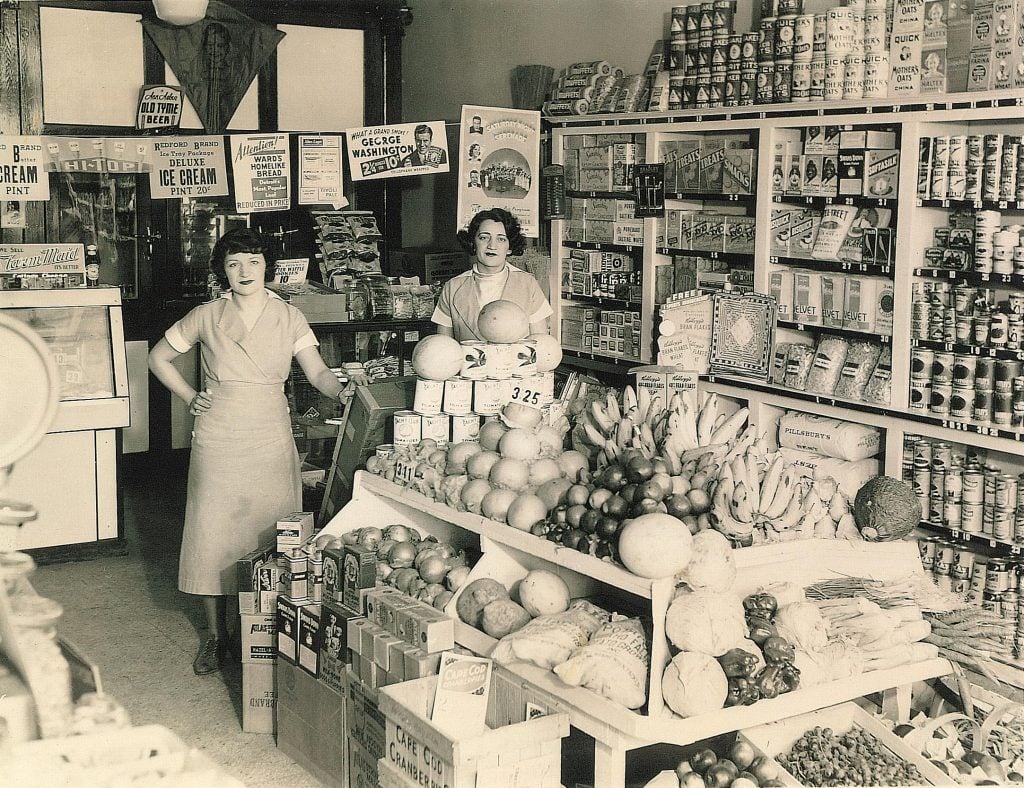 Being a single mother in the 1930s was even more challenging than it is now, as society often looked down on divorced women. "My mother felt crushed after going through a divorce, and the situation was made more dire by the Great Depression," says Anne Stanbrook. "She borrowed $700 from her father to open a grocery store in the Rosedale Park neighborhood in Detroit around 1936." That's Stanbrook's mom on the left with her sister Olga. Check out these 20 things you had no idea happened in 1920. 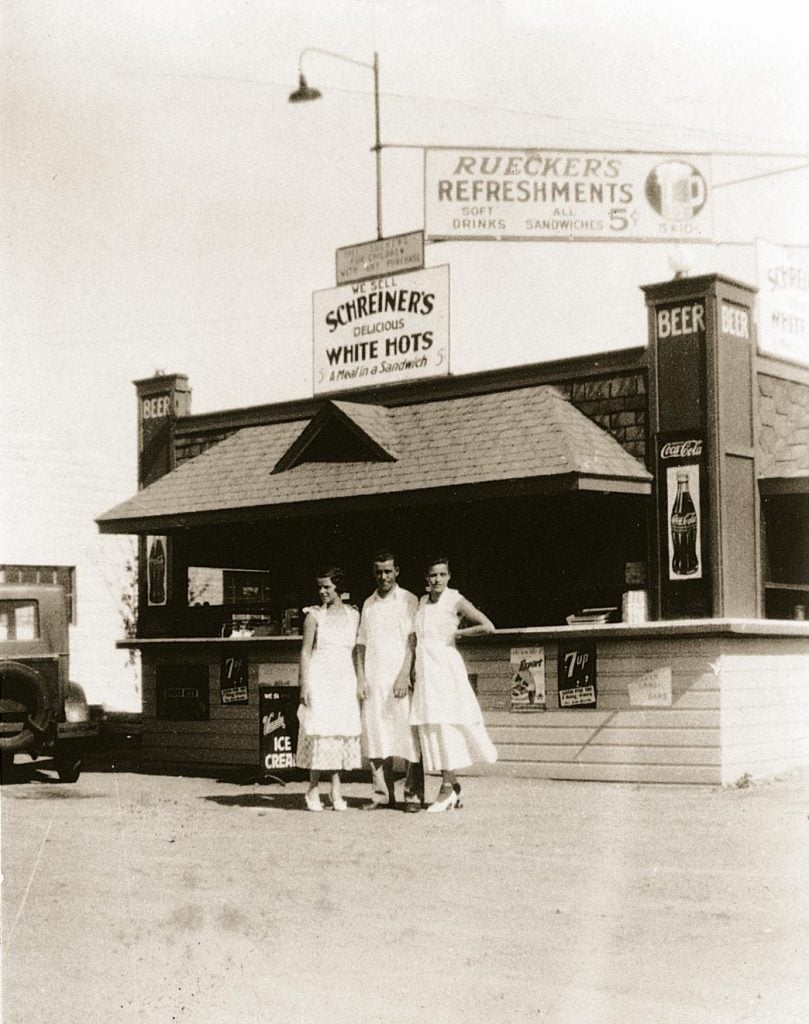 Helping with the family business

When women did work, it was not uncommon for them to work with their parents, as Ray Ruecker's two sisters did (shown above, with Herb, another brother). "My father, Paul Ruecker, built this root beer stand in the early 1930s to supplement his income as a plumbing contractor in Minneapolis–St. Paul," Ruecker says. "One day Herb made a drink for his girlfriend, who did the books, and put ice cream in her soda. To this day, we're convinced Herb invented the root beer float," says Ruecker. Find out the origins of 20 more of your favorite foods and drinks. 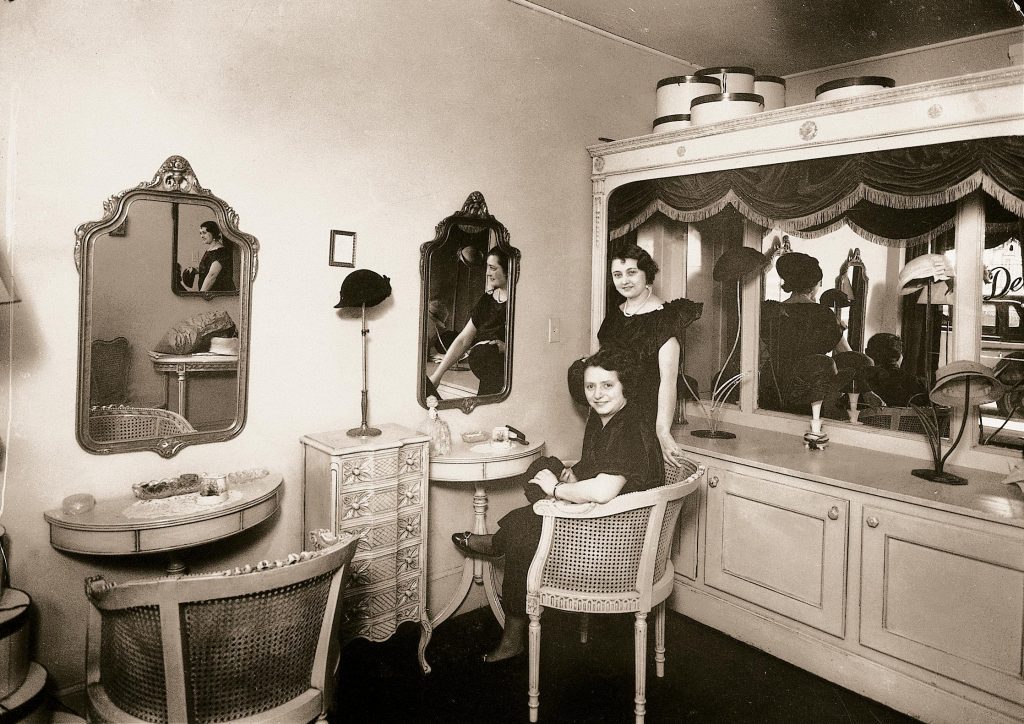 Like the beauty world, fashion was another acceptable realm for women to work in. In 1932, Anne DeLacy and Jenny Bendheim opened a fancy hat shop on Park Avenue in New York City, shares DeLacy's daughter, Elise Brennen. 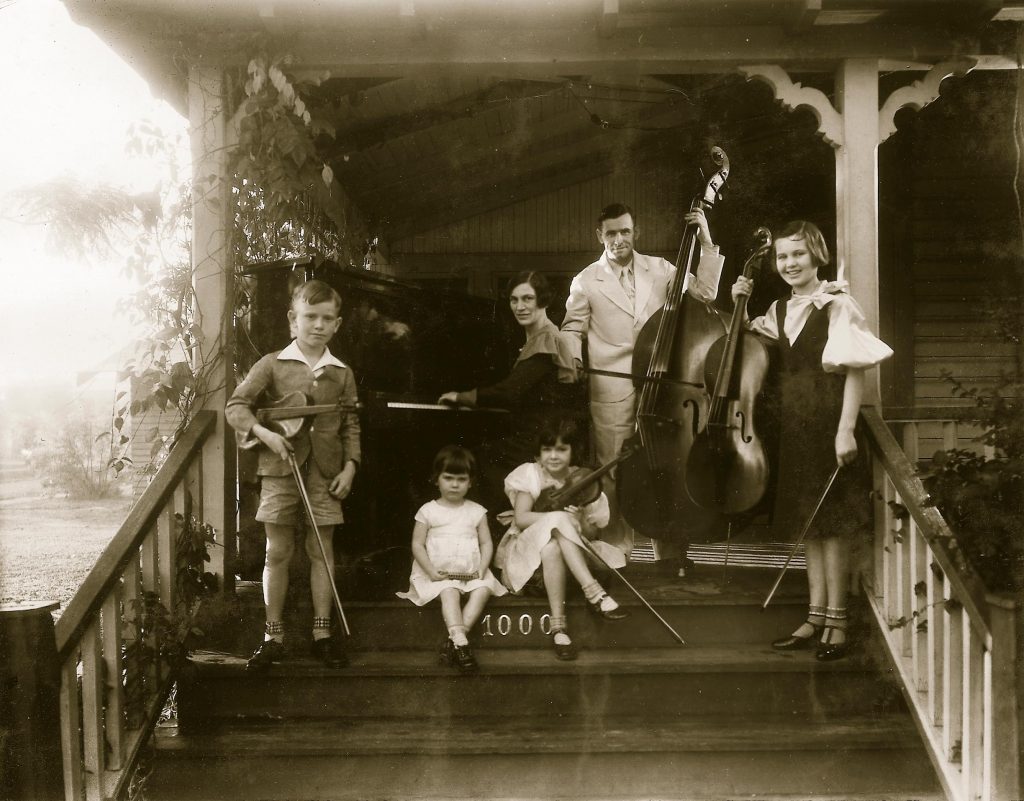 "In the 1920s and '30s, St. Petersburg, Florida, was a winter haven for snowbirds. My father moved the family from British Columbia to participate in the real estate boom. Unfortunately, we arrived just in time for the big bust known as the Great Depression," says Eileen Haight Mulvihill. "A major source of income was our family orchestra. My talented mother, a professional musician, opened a music studio and musical kindergarten in our new home." Though women have made great strides in the last hundred years, there are a number of ways women still aren't equal to men.