Fifty years ago in upstate New York, a counterculture was born. Here's everything you never knew about the famed music festival.

The song, "Woodstock" was written by someone who didn't attend Woodstock

"Woodstock" was written by musician Joni Mitchell, who wasn't even there (for reasons we'll delve into later). But her boyfriend at the time was Graham Nash, and he was there and told her all about it. The song became one of Crosby, Stills, & Nash's most recognizable classics. 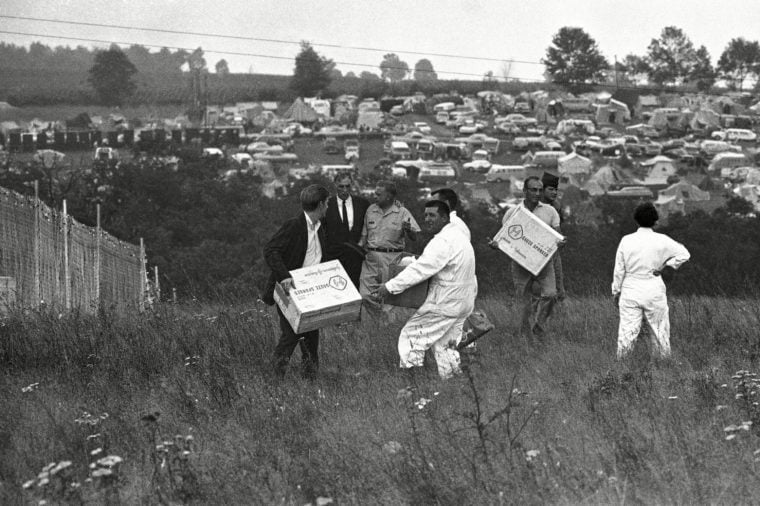 Who was Max Yasgur?

Raised on a farm in 1919, Yasgur studied real estate law at NYU and then returned to farming in the 1940s. A married father of two, he became the largest milk producer in Sullivan County and was known across the county as a hard-working, pipe-smoking, man of his word. When he heard about the troubles the young men were having in securing a venue for their festival, he offered his 600-acre farm. Despite the hefty price tag of $75,000, Woodstock Ventures jumped at the chance. It was just one month before the festival was to begin. 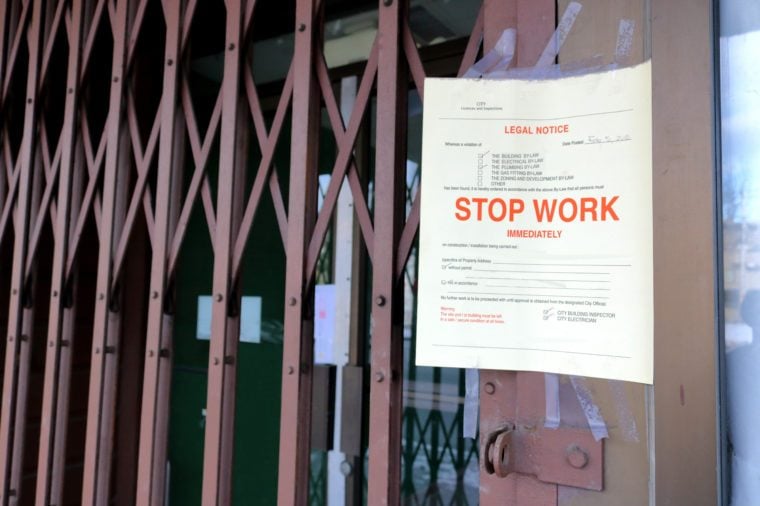 With Yasgur on board and permits promised by the Bethel Town Attorney and Building Inspector, the Town of Bethel nevertheless refused to issue the permit. A "Stop-Work" order was issued for Yasgur's premises. This is the moment things became "countercultural" as Yasgur stood firm against the town and encouraged the young men involved to ignore the order. 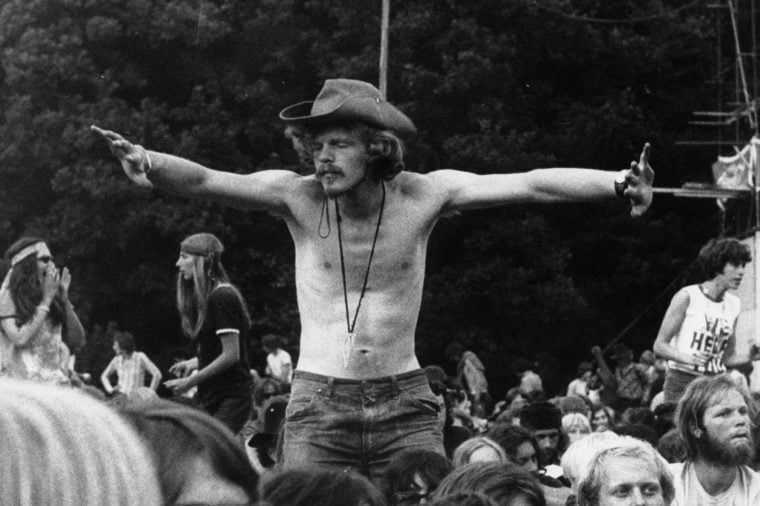 With less than a month to go before the festival was to begin, Woodstock Ventures began constructing a stage, concession stands, bathroom facilities, gates, fences, and all other infrastructure needed to host a music festival. Originally, they planned for 50,000 attendees, but by August 13, 1969, two days before the concert was set to start, at least that number had already arrived and were camped out waiting for the festival to begin, and at least another 100,000 tickets had been pre-sold. Nearly half a million people showed up in total, so to say the organizers were ill-prepared was an understatement. 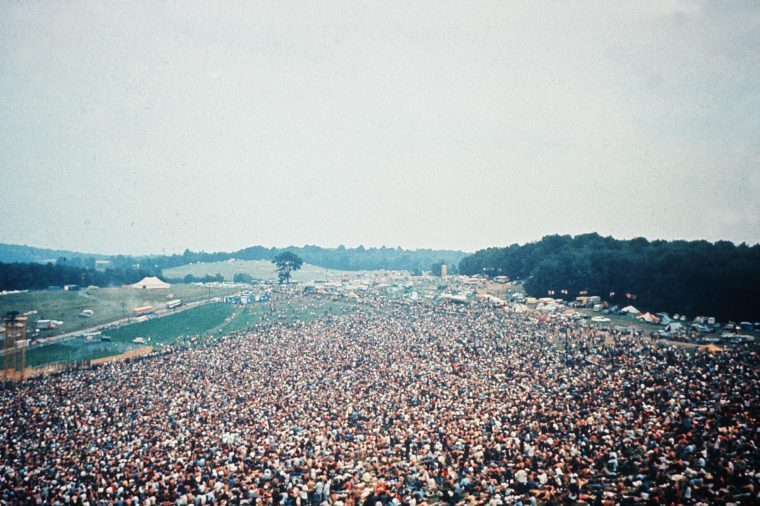 Only some people paid admission

As many as 186,000 $6 tickets were sold. But with the gates and fence incomplete when the crowds began arriving, the organizers realized there was no way they could check tickets or charge on-site admissions. So they stopped trying and opened the festival up to the public for free. 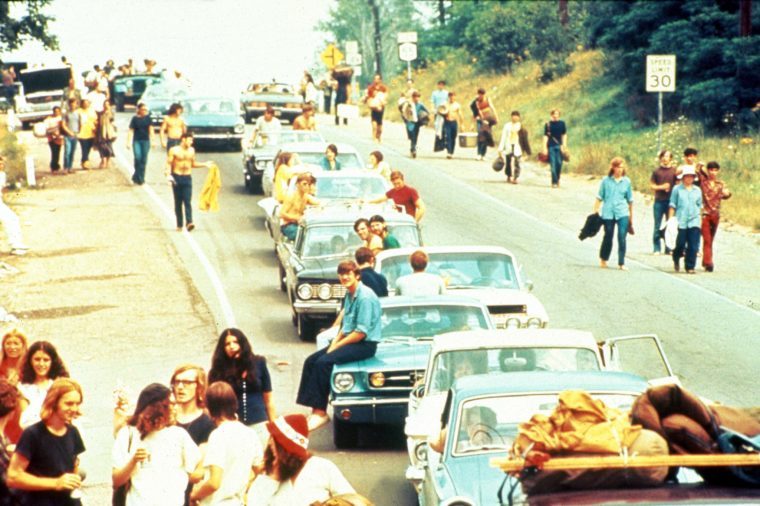 The roads surrounding Bethel couldn't possibly accommodate all the traffic, and traffic was at a near standstill for 20 miles outside the farm. That meant not only that the people of Bethel were extraordinarily inconvenienced, but also that the performers had trouble getting to the venue. Impatient concert-goers abandoned their cars on the roads leading to the venue, effectively turning the roads surrounding Bethel into a parking lot. The hippie haven had blue blood in its veins

Woodstock turned out to be as chaotic as it was iconic, and by the second night, the organizers needed a very large infusion of cash just to keep it going. That infusion came from an emergency bank loan, secured by Roberts's trust fund. 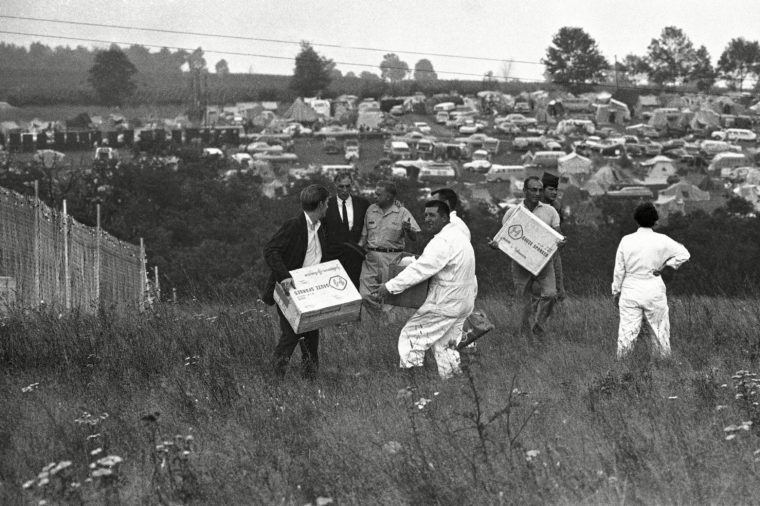 How the "bomber death planes" turned into "butterflies"

Mitchell's "Woodstock" lyrics included the following line: "And I dreamed I saw the bomber death planes riding shotgun in the sky, turning into butterflies above our nation." While this was, no doubt, a reference to Woodstock's transformative vibe of peace and love, it may also have been a reference to the assistance provided by the U.S. military, which kept the festival going amid the chaos by deploying army helicopters to deliver performers and much-needed medical supplies and food. 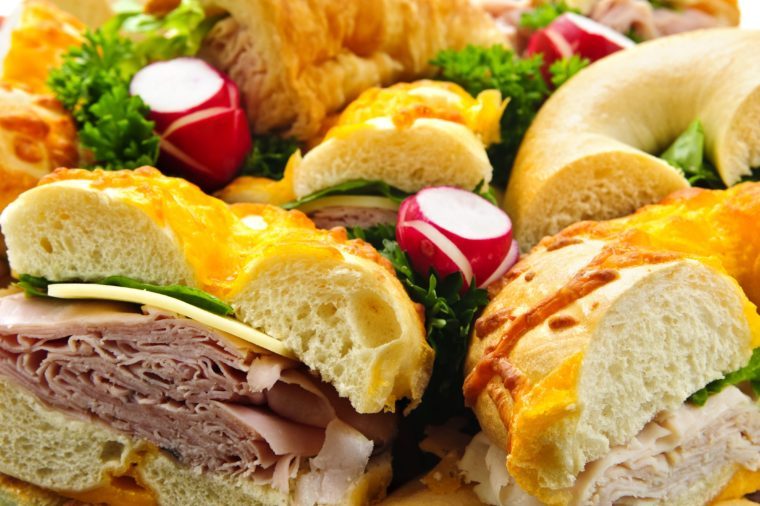 Another source of food

When the Monticello Jewish Community Center heard about the food shortages at Woodstock, they sprang into action, supplying thousands of sandwiches that were eventually flown into the area from a nearby air force base. Hungry yet? Try one of these weird but awesome food festivals. 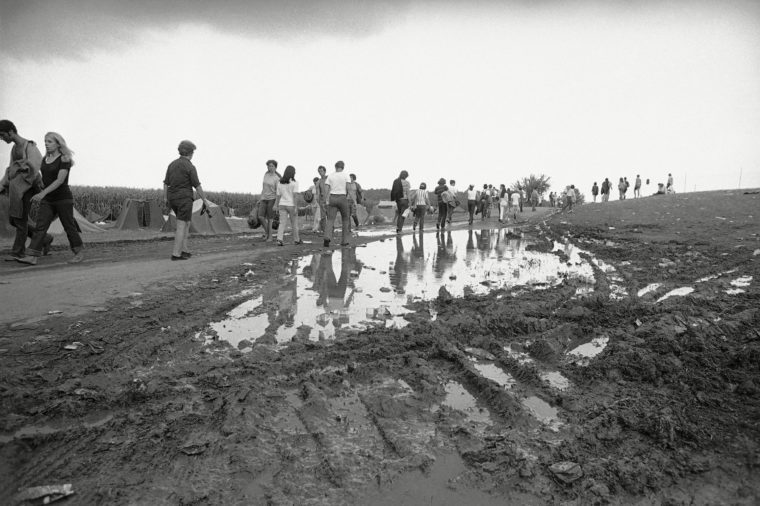 Woodstock is synonymous not only with 1960s counterculture but also with hippies covered in mud. It rained almost continuously during the festival, and while Accuweather can't confirm the precise amount of rainfall, these quotes the site collected on Facebook should paint a picture: