Instead of scrolling through my phone on my commute, I decided to thank people. 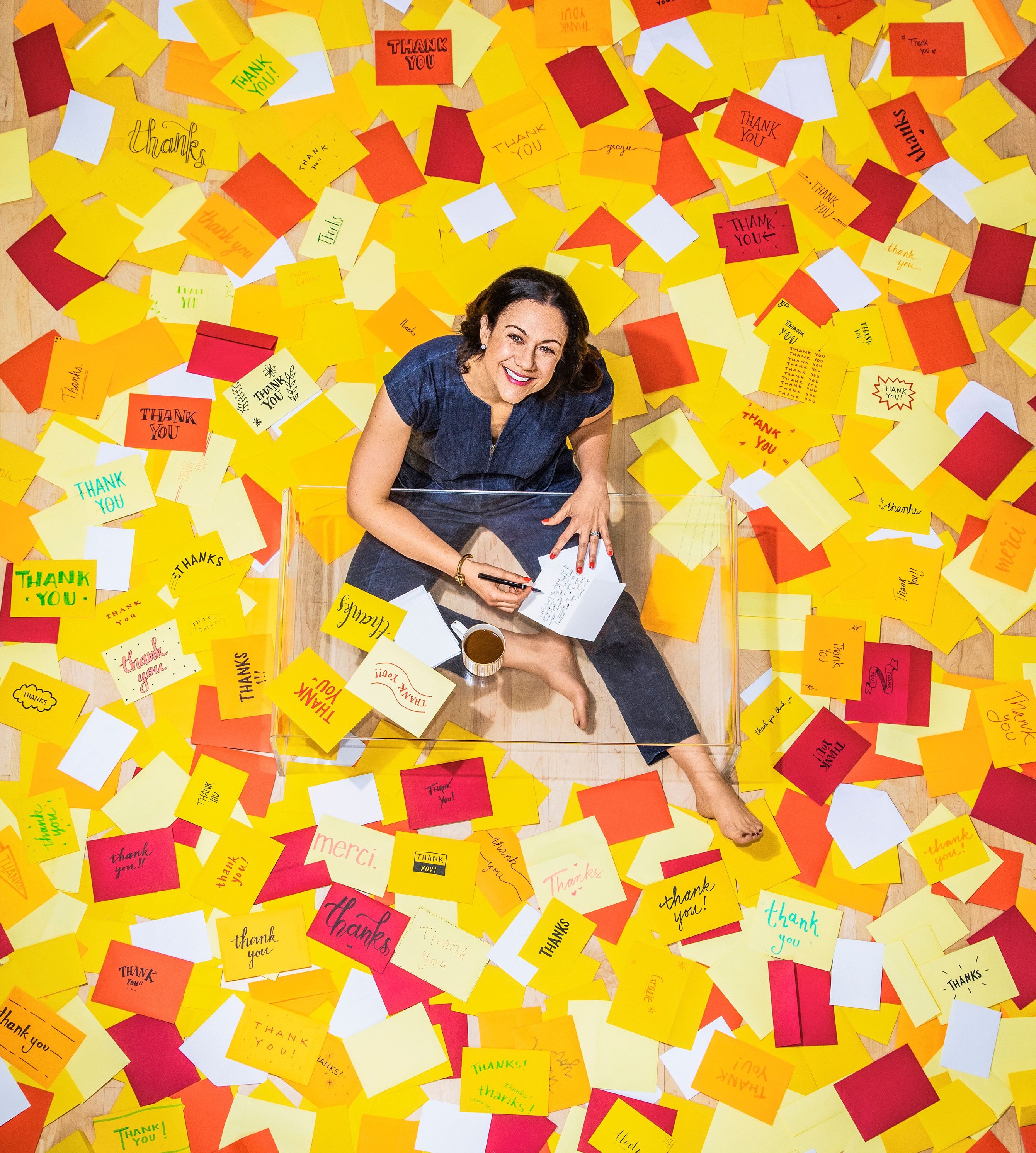 In January 2018, I was commuting from Brooklyn to  New Jersey. I have two little kids and a busy consulting business, so a quiet train ride felt like a mini-vacation. Yet I found myself spending that precious time slack-jawed scrolling through my social media feeds. One day, I put down my phone and started writing thank-you notes to people who had contributed to a fund­raiser I had organized. For those of you who are unfamiliar with writing impactful notes of gratitude, here’s the secret to writing a truly heartfelt thank you note.

When I got off the train that day, I was in a noticeably better mood. The next day, I wrote more thank-yous—and felt the same afterglow. When I finished writing the notes, I counted them up. There were 31—one for every day of the year so far. Something clicked. What if I kept it up?

I decided to write one thank-you note for every day of that year. I had no shortage of people I was grateful for. So I picked out a different theme for each month to keep on task. January was charity—and, thankfully, I had already completed that goal.

February would be dedicated to neighbors, I decided, and I thought of a dozen names right away. I remembered when the owners of our local bookstore let me and my five-year-old son, Henry, in before the store opened and offered to play his favorite soundtrack (Mary Poppins). I recalled when our 14-year-old babysitter dropped off a bag of old board games for our kids to play.

Writing the notes wasn’t all that time-consuming: Each was two or three sentences long, taking just a few minutes to compose. I focused on the person I was writing to and what I wanted to say, and the words came fairly easily. I quickly learned I couldn’t do it while listening to a podcast or toggling between articles. That focus felt refreshing. It was good for my brain, which had been trained to wander, alighting on this feed or that e-mail, darting from app to app. It felt meditative to look at a blank white space with a pen in my hand, thinking about a person and the way he or she had helped me. 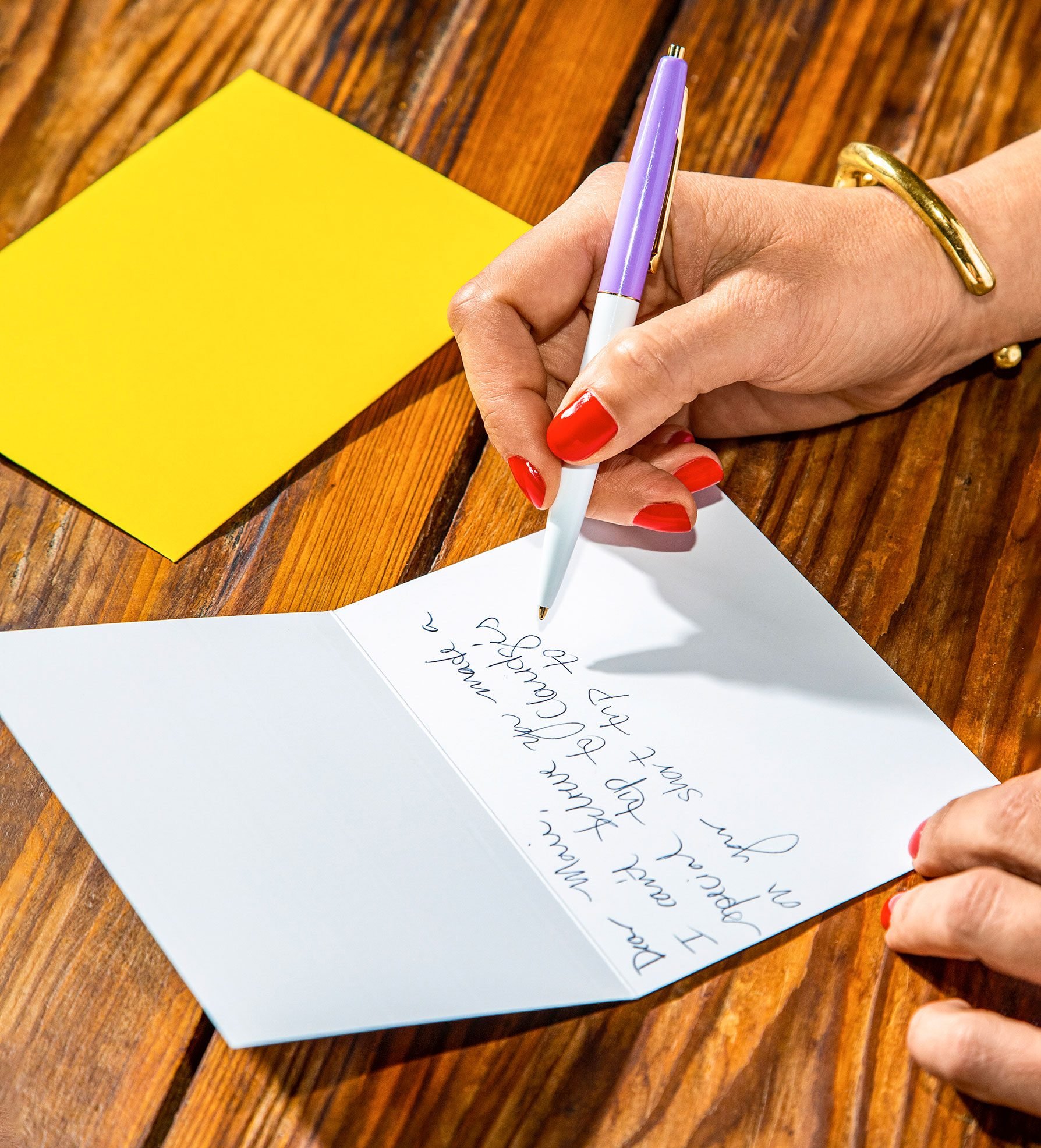 Andrew Hetherington for Reader's DigestWhile writing the notes, I eventually realized why this task was the perfect antidote to my social feeds. What was I actually doing when I scrolled through Facebook? Too often, I was spiraling into rage. Writing thank-you notes was time spent on something purely positive. Here are the 7 daily habits of naturally grateful people.

What was I doing when I scrolled through Insta­gram? More often than not, I was admiring other people’s lives—their beach vacations, their chubby babies, their organized kitchens. Writing thank-you notes was an act of noticing and honoring my own life.

After handing the first batch of notes to my neighbors, I spent a few days trying to remember times when other neighbors did something nice for me. And funny enough, I started noticing kindnesses that were happening in real-time.

There was the driver who waited for me as I bolted down the street to catch his shuttle bus. There was the cash­ier at Trader Joe’s who chased me with a bag of groceries I’d left behind.

On the day I delivered that card to Trader Joe’s, my mother-in-law, Louise, dropped off a week’s worth of dinners. OK, I thought, Louise is not technically a neighbor. But if I was going to thank grocer Pete for three minutes of his time, I needed to acknowledge Louise for hours of hers.

It was important for these months to be flexible, I decided. I would use each month’s theme as a starting point, but I’d also watch for anyone going above and beyond, regardless of whether he or she fit into the monthly theme.

So in the ensuing months, as I wrote to friends, doctors, career mentors, and parenting role models, I also dashed off missives to my husband, Jake, as well as my siblings, in-laws, and parents. And I found that doing so changed the fundamental dynamics of these relationships in small but impactful ways. I was smoothing out any prickly bumps and buffing them to a new shine. It is a powerful thing, I learned, to fully appreciate and feel fully appreciated by the people closest to you. These 16 powerful quotes will remind you to be grateful every single day.

By the time I got to July, my “food” month, I had become fairly adept at retrieving memories and identifying people to thank. Among that month’s recipients was a chef, Julie, who had cooked at my favorite but now-defunct restaurant. Here’s what I wrote to her:

Dear Julie,
I’ve been finding myself missing Little Giant lately, as if it were a person. Thank you for creating such a warm and special place, and for hosting me and cooking beautiful and thoughtful food.

The Little Giant menu has informed my cooking—I am always trying to  re-create some of that magic. Jake and I will never forget when you sent  out biscuits shaped into the Roman numeral VI for our sixth anniversary. We talk about it every year.

Thank you. We miss Little Giant  and you.

I was delighted to receive a note back from her. Julie replied, “I don’t think I’ve ever received such a touching letter before. Out of the blue and incredibly thoughtful. And so needed at a time when I’m struggling professionally. Your letter was a fabulous reminder that looking back is a good motivator for moving forward.”

It was one of many responses throughout the year that said something along the lines of, “I’m going through a tough time right now, and this helped.” It turns out a lot of people are going through something a lot of the time. And I wouldn’t have known if I hadn’t reached out.

Part of the magic of what I am calling my Thank-You Year was reconnecting with people like ­Julie—people on the periphery of my life who nevertheless made a lasting impact. And here’s another huge bonus: I was reminded to acknowledge people in the moment, too—to smile or say hello, or thanks, or “Here, let me help you with that.”

I admit I fell behind more than once during the year. But I completed my goal with hours to spare—writing my last card (to Jake) on December 31. That night, we hosted a big New  Year’s Eve dinner, and I looked around at my guests. There was Alonso from Berlin, whom I’d written to in my “travel” month. There were Nick and Ro, in from Minneapolis, who’d received cards in my “friends” and “career mentors” months. There was ­Mollie, who racked up notes as a mentor, friend, and neighbor. There was Jake, of course. Henry had fallen asleep on the couch; his brother, Charlie, was upstairs in bed. I snapped a picture of the scene so I could remember the feeling welling up inside me. Gratitude.

Next, read how to perfectly write a thank you note for a job interview. 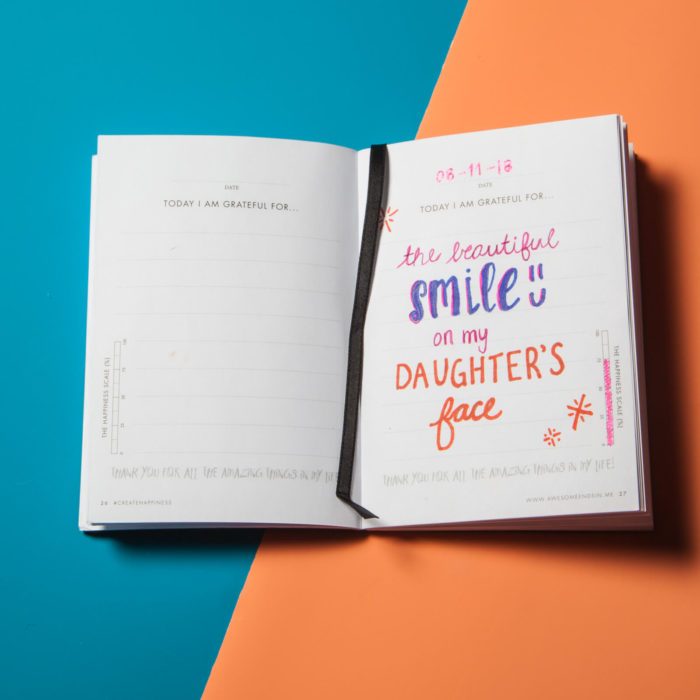 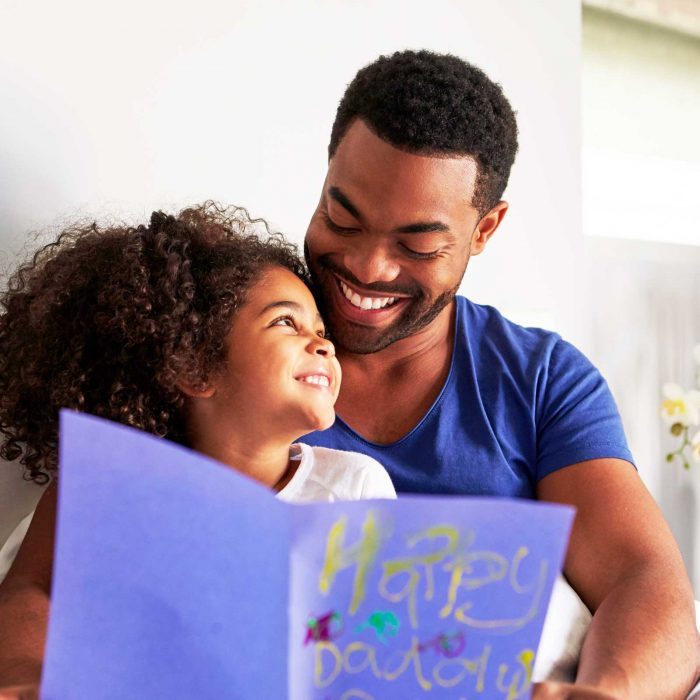 Little Ways to Cultivate Gratitude in Your Kids 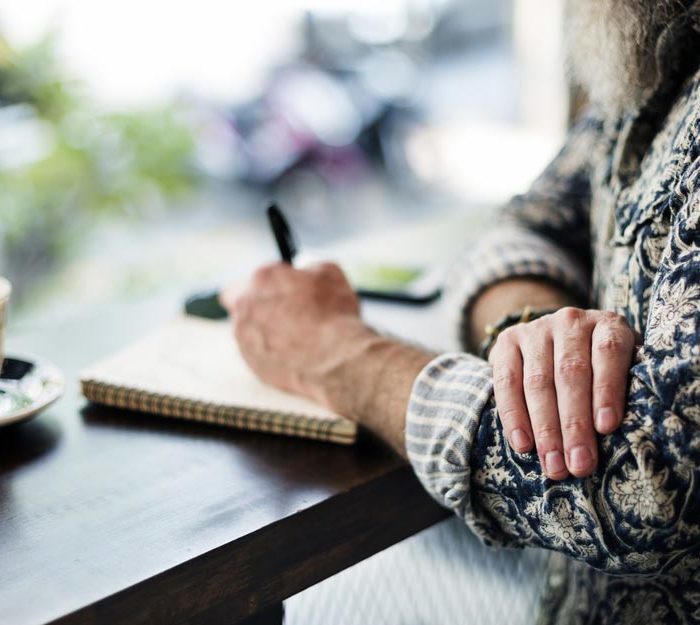 When You Should Send a Handwritten Thank-You Note