Do you prefer your morning joe sans cream and sugar? Research says you're probably a psychopath with sadistic tendencies. 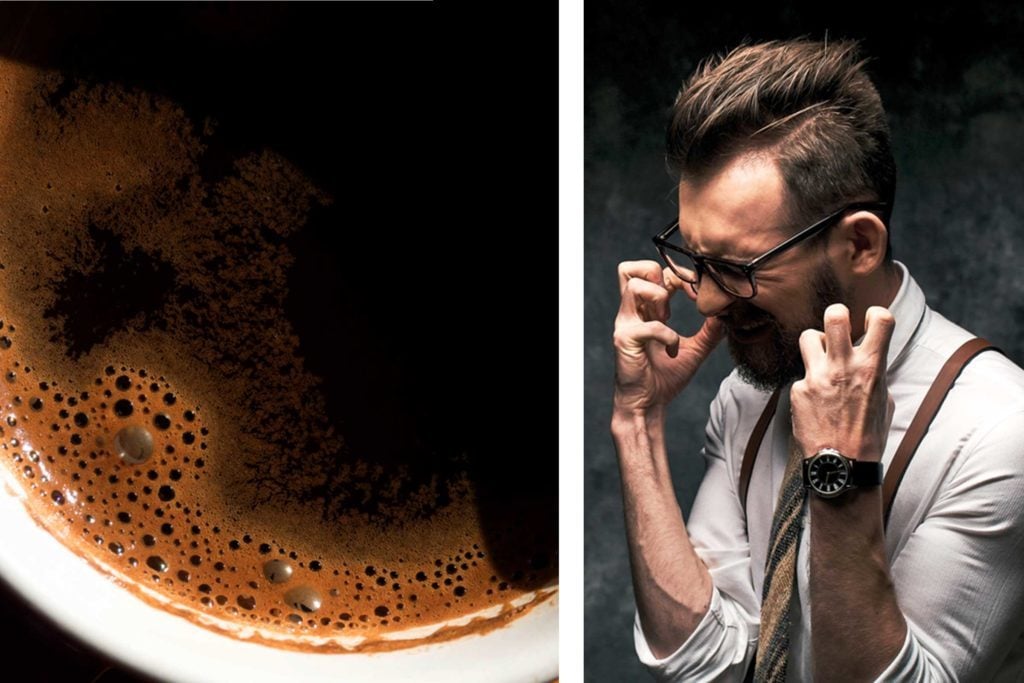 If you’ve ever been on a coffee date with someone who chose black coffee over the typical indulgent caffeinated creation, you might want to take your latte and run. Apparently, you might be on a date with a psychopath.

A 2015 study from the University of Innsbruck in Austria found a trend that suggested a correlation between preferences for black coffee and other bitter tastes, and sadistic or psychopathic personality traits.

The study, published in the journal Appetite, surveyed almost 1,000 adults about their flavor preferences. They also took four different personality tests that assessed Machiavellian traits like narcissism, psychopathy, sadism, and aggression. Find out the most common signs you’re dealing with a psychopath—before it’s too late.

They also found that people who enjoyed milky or sugary coffee, and other sweet flavors, generally tended to have more “agreeable” personality traits like sympathy, cooperation, and kindness. The closest correlation found in the study was between bitter foods, like radishes and tonic water, and “everyday sadism,” or the enjoyment of inflicting moderate levels of pain on others. Yikes.

The researchers went further, suggesting that this association between bitter foods and psychopathic tendencies could “become chronic” and get worse with time—not a great first impression. Plus, learn which U.S. state has the most psychopaths.

But there is hope for you and your casual coffee date. The researchers made it clear that “bitter” is an extremely subjective term, and that may have limited their study. They also are unsure of what causes the correlation between bitter tastes and disagreeable personality traits. Health provided even more hopeful findings in 2018, when Steven Meyers, PhD, a professor of psychology at Roosevelt University,   took a deep dive into the study for Health to examine its accuracy. Meyers found that the study found only a “very small association” between a taste for bitter things and the Machiavellian traits. “The findings need to be interpreted with caution,” he concluded. “The results would need to be replicated by others before they deserve widespread attention.”

It’s also important to note that taste preferences are intensely influenced by our culture and personal experiences—not entirely by our personality traits—and that taste preferences often change over time. Remember when you couldn’t stand the taste of veggies as a kid? Most people don’t even like coffee the first time they try it!

Black coffee drinkers are also more health-conscious, even if they don’t know it. Pure coffee has all kinds of amazing health benefits, while milk and sugar obviously don’t. People who drink their coffee black reap all the health benefits of coffee without any added fat or calories.

Bottom line, it’s possible that a taste for black coffee could signal psychopathic tendencies, but you shouldn’t automatically run screaming from anyone who skips the cream and sugar. As Meyers puts it, you should pay more attention to “how they treat you or their waiter” than what they order. Next, find out the truth about the most common myths about coffee.