15 Ways to Get Free Food from Your Favorite Restaurants

There IS such a thing as a free lunch (or appetizer, or breakfast) if you know when to visit these restaurants. 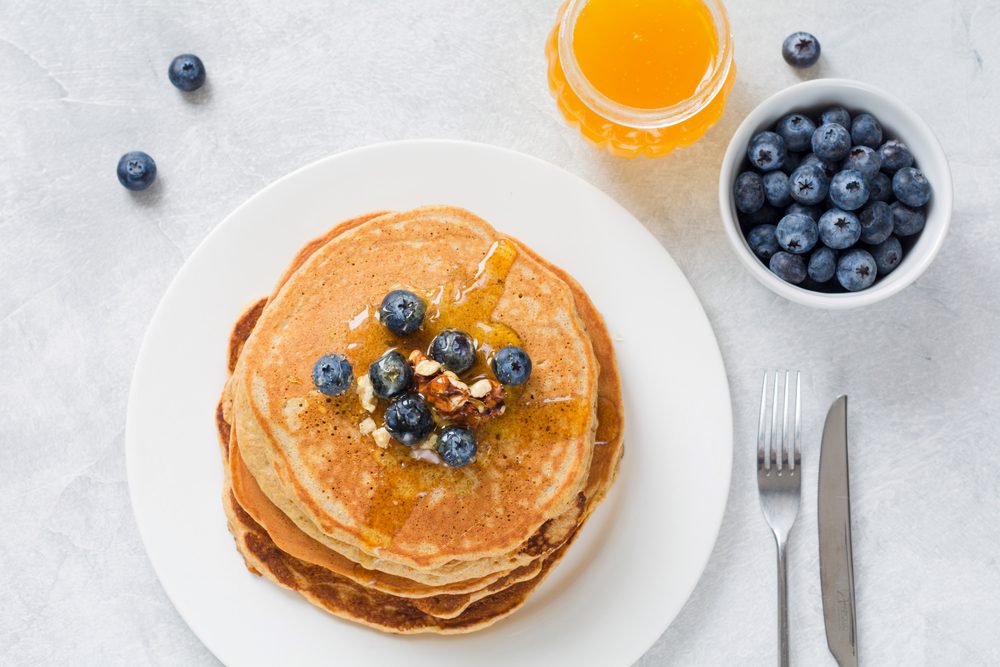 While it may not seem like a great business model to just hand out free food, these fan-favorite restaurants do it year after year. With birthday freebies, signing promotions, and celebrations for causes these companies care about, you can find free food at your favorite restaurants all year long. Here's when you should swing by for free food. Before you chow down, keep in mind these secrets your fast-food worker isn't telling you. 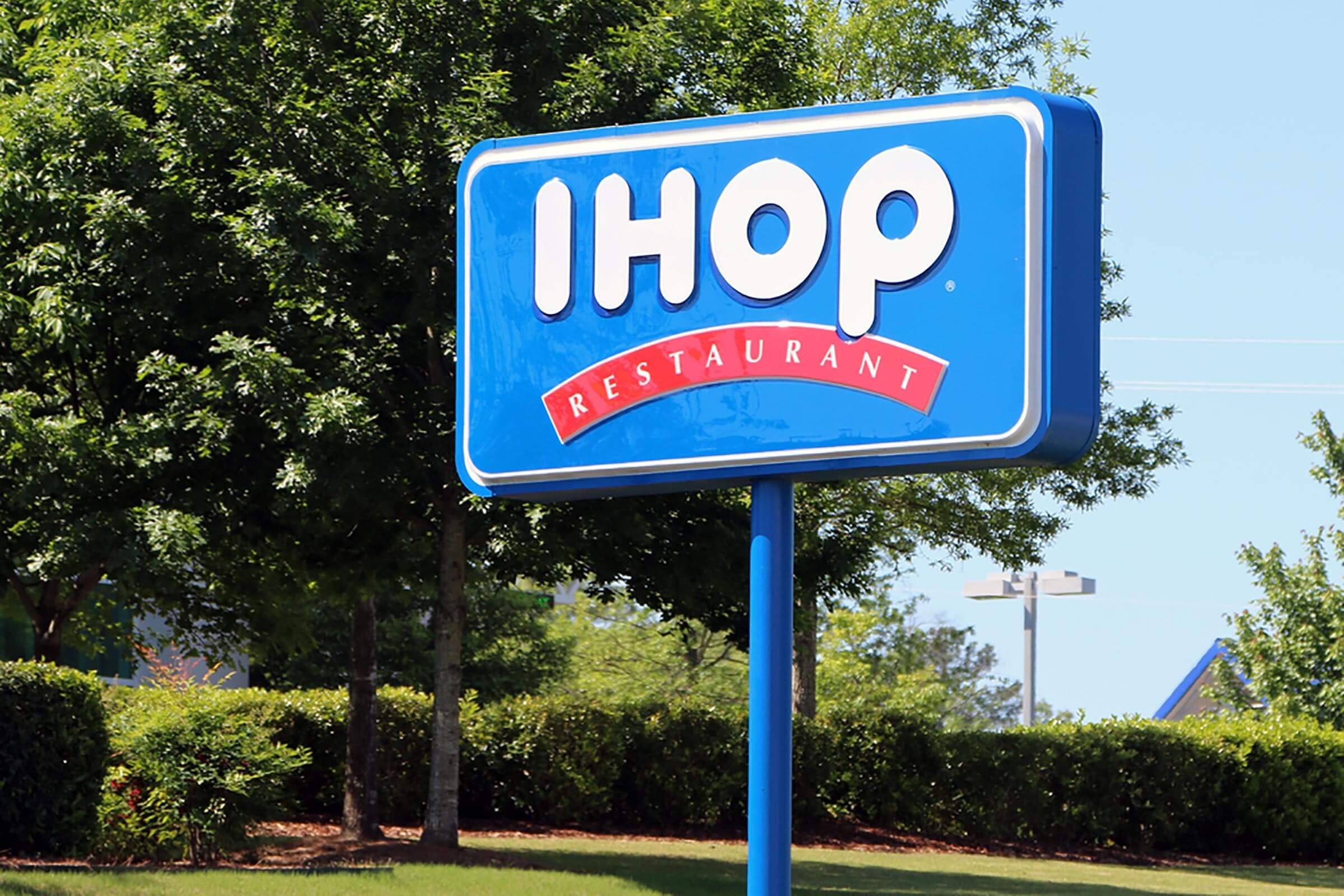 If you're someone with their finger on the pulse of free food deals, you might already know that you can stop by the International House of Pancakes on their designated "National Pancake Day." The exact day is different every year—it was February 25 in 2020—but the sweet, sweet deal is the same. Starting at 7 a.m., customers can get a free short stack of pancakes purely for showing up. But that's not the only day you can enjoy the deliciousness IHOP has to offer for free. By becoming part of the "MyHop," IHOP's rewards program, you're automatically eligible for a free stack of flapjacks on your birthday and on every anniversary of the day you signed up. Love getting breakfast for free? These are the 15 hotels that offer a free hot breakfast. 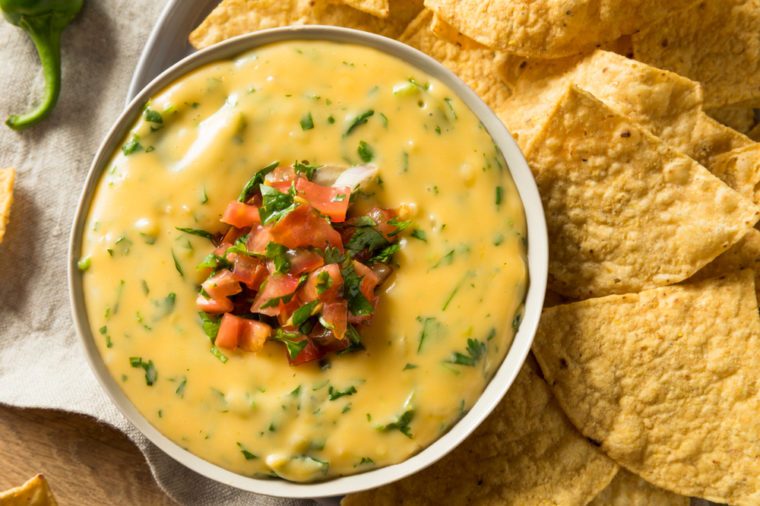 Free food at On the Border

You can get some complimentary cheese by signing up for the Mexican grill's Club Cantina rewards program; signing up immediately gets you a coupon for a free bowl of queso or sopapillas. Club members also get free queso on their birthdays and on the anniversary of the day they signed up.

There's no one day where you're guaranteed to always walk away with free Chipotle, but freebies from the Mexican grill still pop up every now and then. In June 2018, Chipotle celebrated National Nurses Day by offering buy-one-get-one entrees for anyone who displayed a nursing license. A few months earlier, in March, they offered a free burrito, taco, bowl, or salad (with an entree purchase) to any customer who came in wearing a hockey jersey. This one was in honor of "Hockey Weekend Across America." Chipotle is known for its frequent and random freebies so keep your eyes open. Moral of the scrumptious story: Keep your eyes open for deals, because you never know what type of occasion will put the powers-that-be at Chipotle in a giving mood! Learn the 18 secrets Chipotle employees won't tell you. 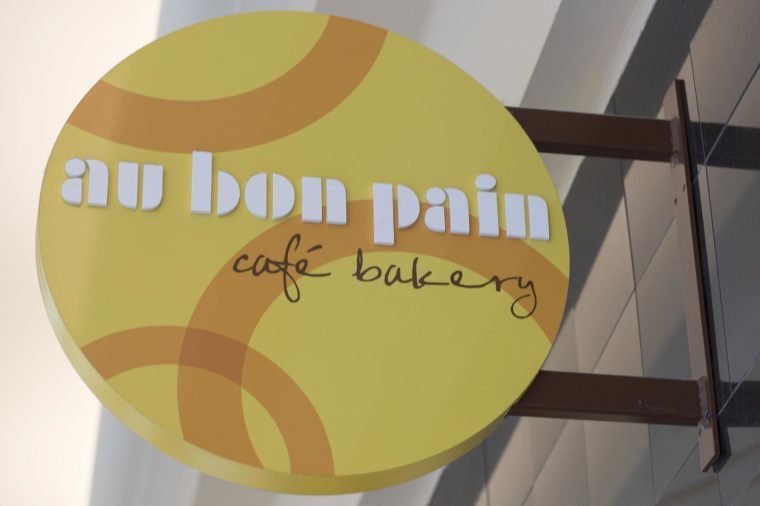 C'est bon indeed! If you sign up to be part of Au Bon Pain's eClub, the soup-and-sandwich spot will send you a coupon on the week of your birthday. Come into this French café-style chain on your big day to get a free deal. In the past, they've offered a salad or sandwich, but now they offer coffee and a pastry for free. Here are 12 more delicious National Food Holidays you'll want to start celebrating every year. 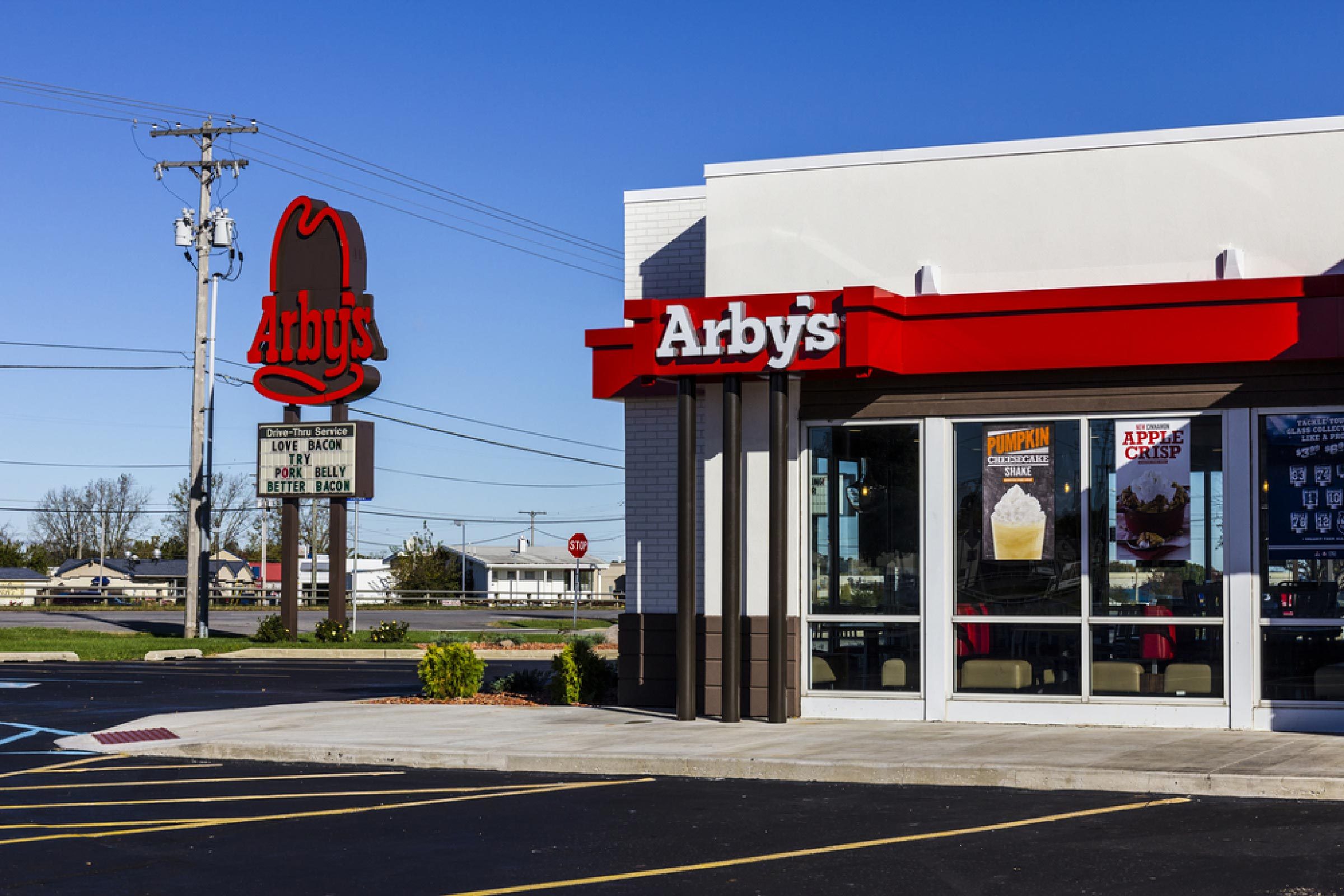 Lots of restaurants offer free or discounted food on fun days, like National Food Holidays or reward program members' birthdays. Arby's, though, knows that there are some less-fun days on which free food would make an excellent pick-me-up. That's why, for the past few years, the fast-food franchise has been offering free curly fries to anyone who comes in on April 15—Tax Day. The mouthwatering taste of yummy, curly goodness is sure to soften the blow of doing your taxes. During the rest of the year, you can also snag a free signature sandwich with the purchase of a soft drink by signing up for Arby's email list. Get a look at 8 first-ever locations of your favorite fast food hot spots. 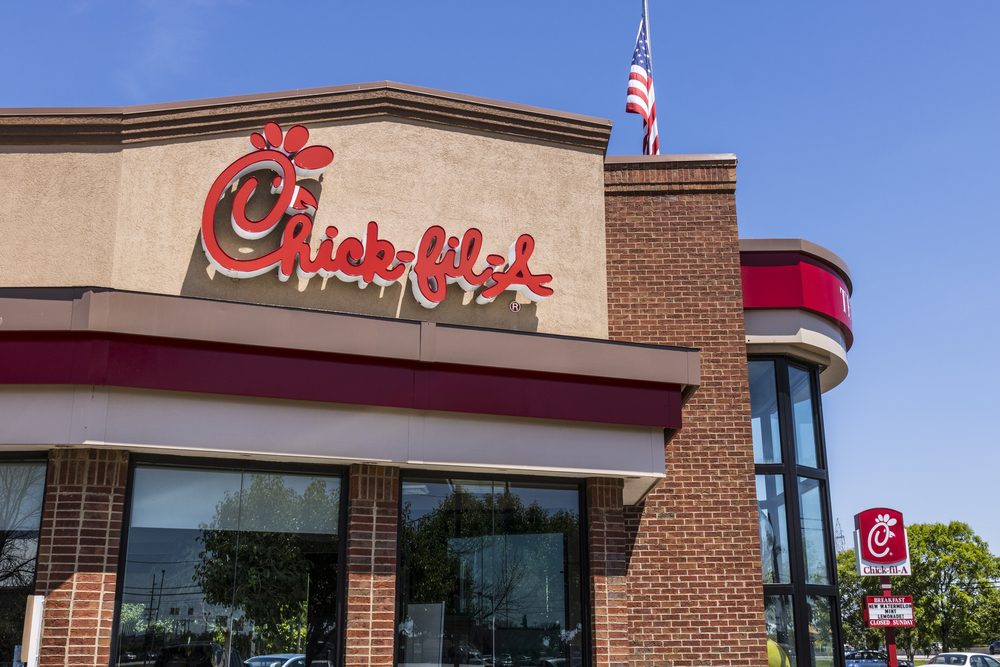 America's favorite restaurant for three years running also happens to have a free-food promo that is downright delightful. Sometime in early July, Chick-fil-A celebrates "Cow Appreciation Day" by giving a free chicken entree to any customer who shows up dressed like a cow. This udder-ly great tradition always leads to plenty of creative costumes and fun photos. So as next July approaches, keep your eyes open for the date announcement for the next Cow Appreciation Day, so you can get a tasty chicken sandwich without spending your mooooo-la. Here's how Chick-fil-A and your other favorite fast-food chains got their names. 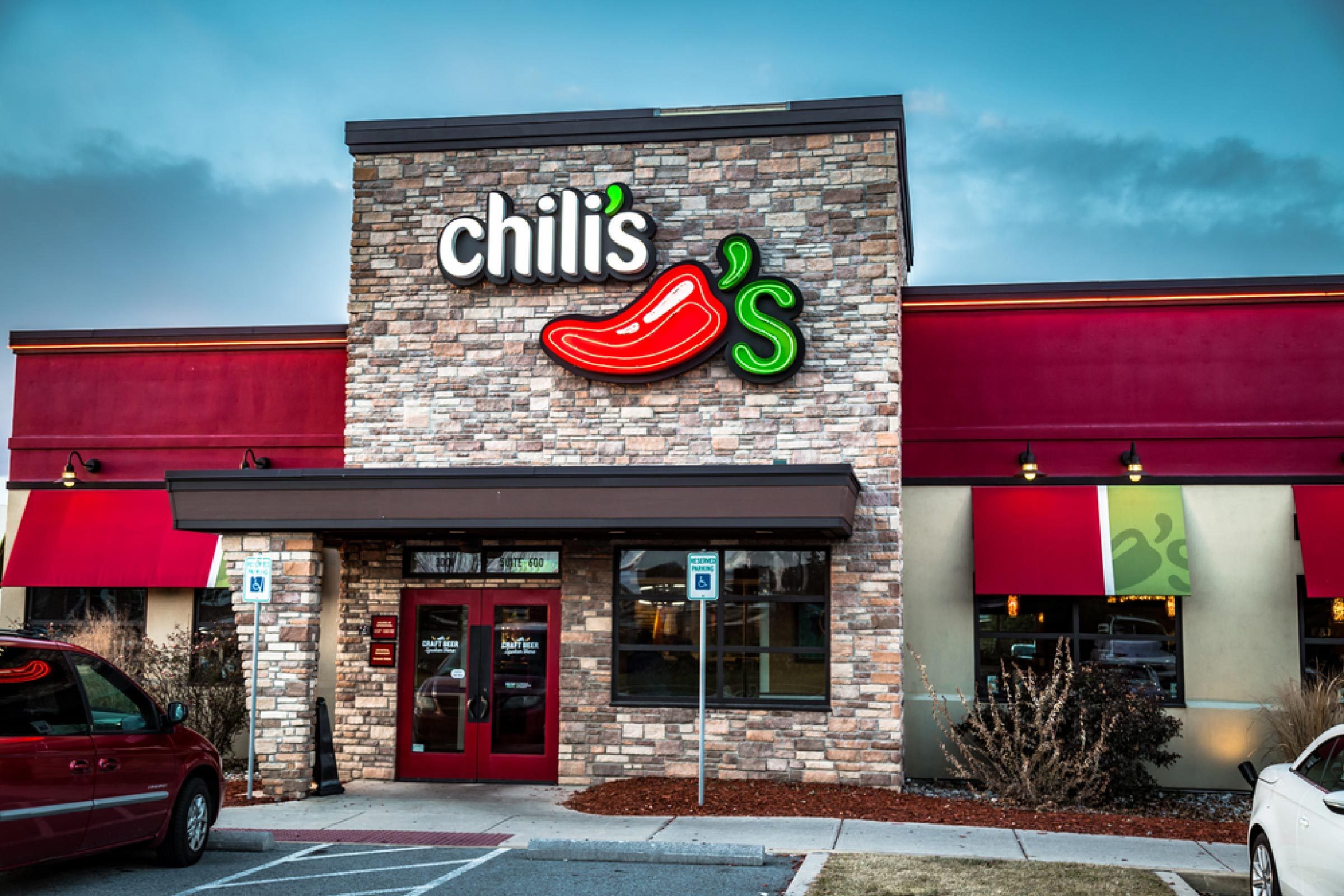 Chili's reward program is something of a gift that keeps on giving; if you frequent this bar and grill, the program is totally worth it. Here's the deal (in both senses of the word): You sign up for Chili's Rewards, and you can get free chips and salsa, or a free soft drink, to guests who come in or order To Go at least once every 60 days! Now that's not bad for a sign-up that takes all of five minutes. 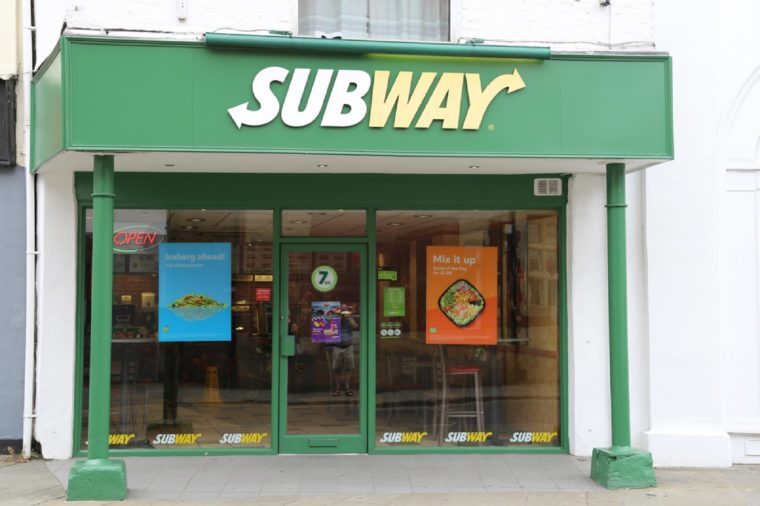 November 3 is National Sandwich Day, and it's a great time to head to your local Subway. The fast-food giant offered a free sub with every purchase of a sandwich and a soft drink. And that's not all they do. Last year, the world's biggest fast-food chain actually matched customers' purchases with donations to Feeding America, so why not go buy a sandwich and support a good cause?! Keep an eye out to see if they run the same promotion again this year. Maybe you'll also be able to get some of the brand new fast food items coming to you in 2020 for free on these celebration days! 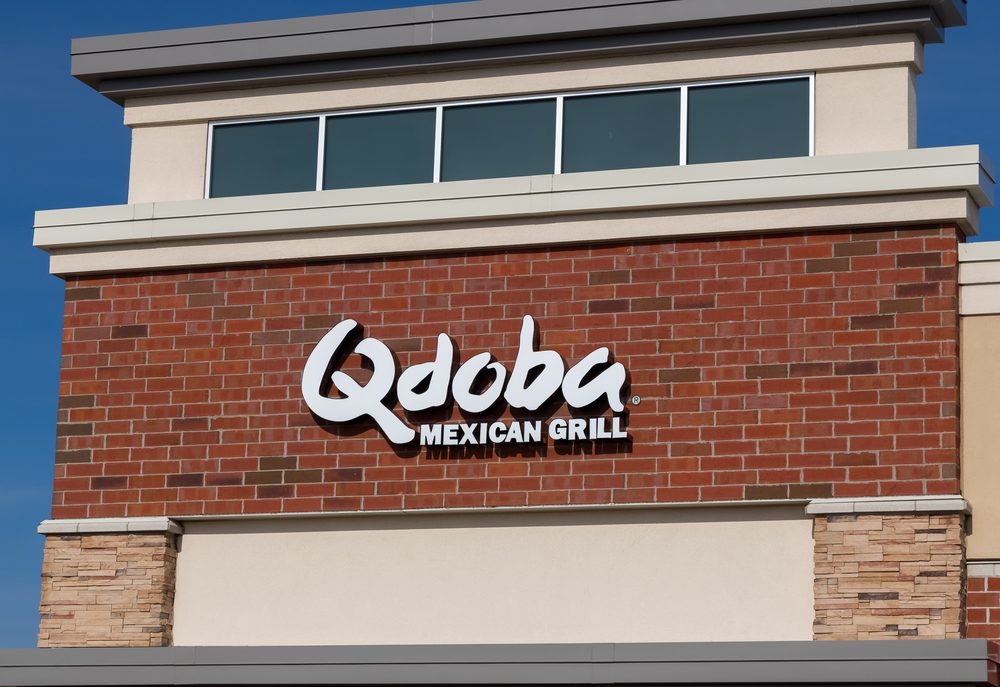 If having salsa-smelling breath on Valentine's Day isn't something that you're bothered by, consider checking out this fun promo the next time February 14 rolls around. Anyone who smooches their significant other at a participating Qdoba counter will get "QDOBA for a Kiss," or a free entree with the purchase of another entree. Don't have a Valentine? Never fear—kissing a photo of your favorite celebrity, or even just blowing a kiss, are equally valid forms of PDA. And there's even more to love about Qdoba's Valentine's Day festivities: Last year, the franchise donated a dollar to No Kid Hungry for every use of the hashtag "QDOBA for a Kiss" between February 8 and 14.