13 Things You Never Knew About the McDonald’s McRib

The McRib, one of McDonald's most popular seasonal items, is back for October. You'll find it in around 10,000 stores nationwide—here's how to find one of those near you, plus some other meaty facts about this sandwich. 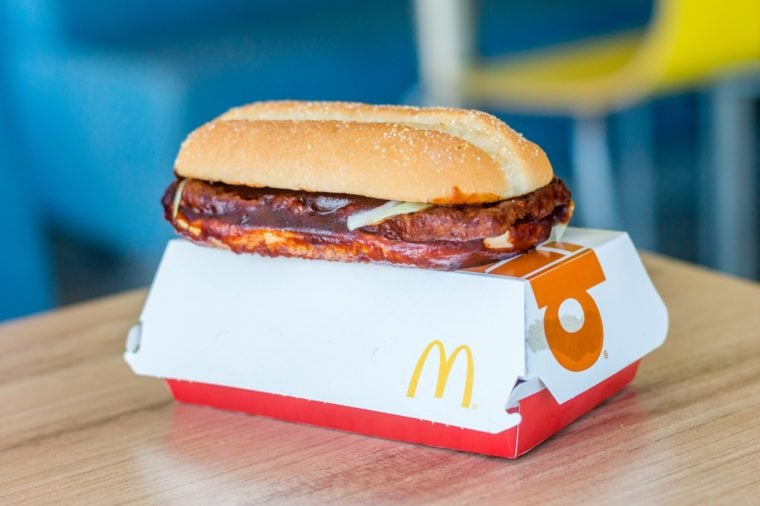 Every fall, the fast-food community goes into a frenzy that's maybe a little overshadowed by the annual pumpkin spice craze, but is still worth noting. Because it's the time when McDonald's love-it-or-hate-it barbecue pork sandwich, the McRib, arrives back in (some) stores. But we wanted to clear up some lingering questions about this sandwich: Why call it a McRib if it's not actually ribs? Is there really an obscene amount of ingredients? And why won't they just put it on the menu for good?! Sink your teeth into this and more McTidbits. 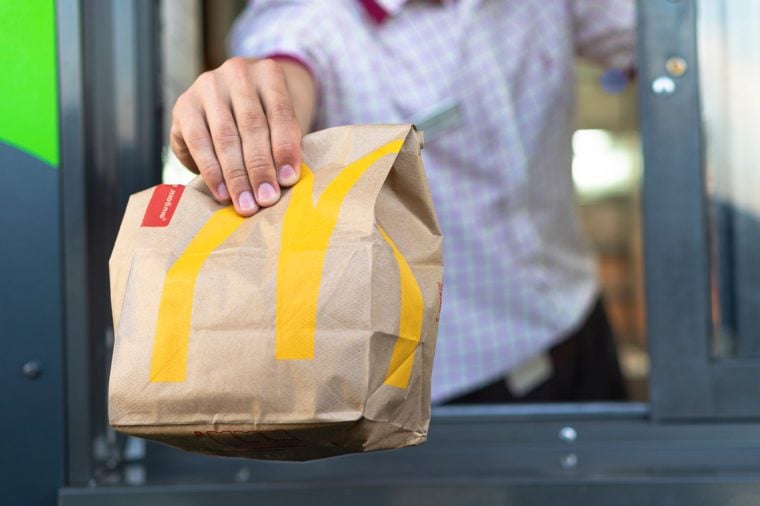 It's approaching its 40th anniversary

The McRib may not have as long a history as other McClassics like the Big Mac and the apple pie, but it's been around for a while! After a McDonald's executive fell in love with the charm of southern barbecue in Charleston, the McRib was born. It appeared in stores in 1982. It's actually kind of fitting that this barbecue-inspired sandwich is so popular, since McDonald's began as a barbecue joint. Find out exactly how the McDonald's menu has changed over the years. 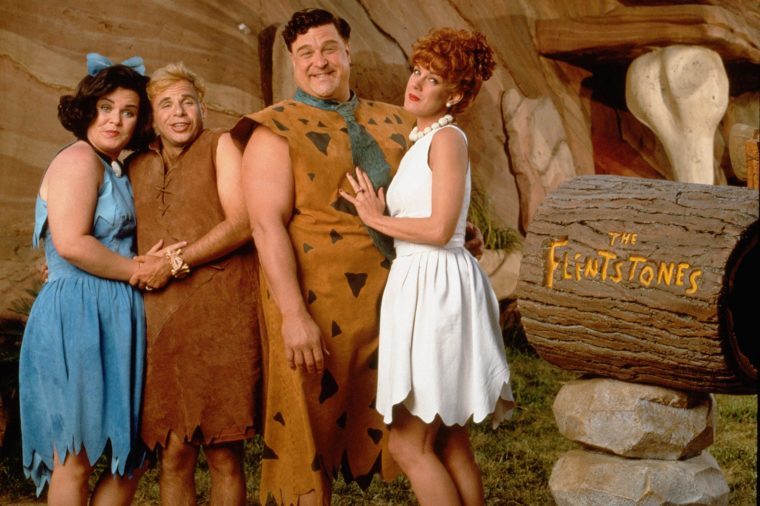 We owe its return to the Flintstones

Though the 21st century has seen people start passionate online campaigns to save or extend the tenure of the McRib, it was not actually very popular when it debuted in the 1980s. So in 1985, it was removed from the menu. But in 1994, The Flintstones, of all things, helped bring it back. When the live-action Flintstones film came out, McDonald's capitalized on the similarity between the Flintmobile's "slab o' ribs" and the McRib. They even got the film's star Rosie O'Donnell to appear in a promotional commercial. And the McRib was back. 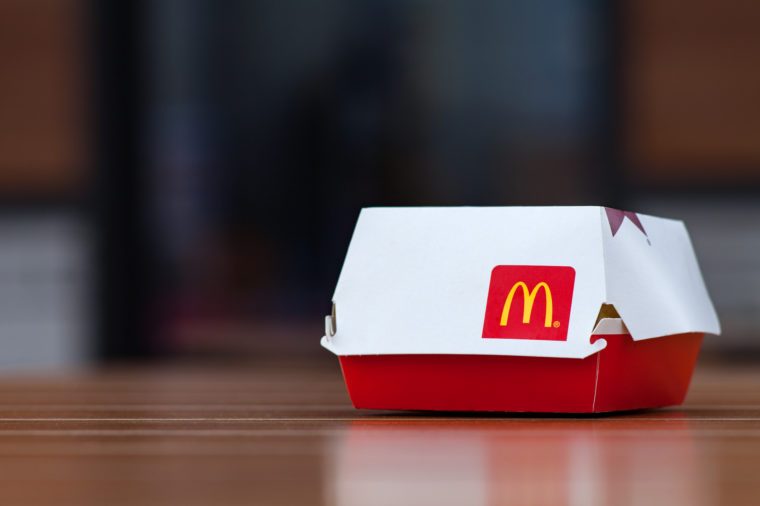 The McRib is not rib meat. This is not a shocking revelation since the meat is obviously devoid of bones. But then, why have it mimic the shape of a rack of ribs? Simply because it's unique and different. Its creator even admitted to knowing that it would have been way easier to simply make round patties, but he preferred having it shaped like ribs. In fact, the "Burgers" page of the McDonald's site does, indeed, have this as an FAQ: "Why a rack of ribs?" "Easy...it's fun," the site says. "And it's one of the reasons the McRib has developed such a loyal following." Check out some more surprising facts you never knew about McDonald's. 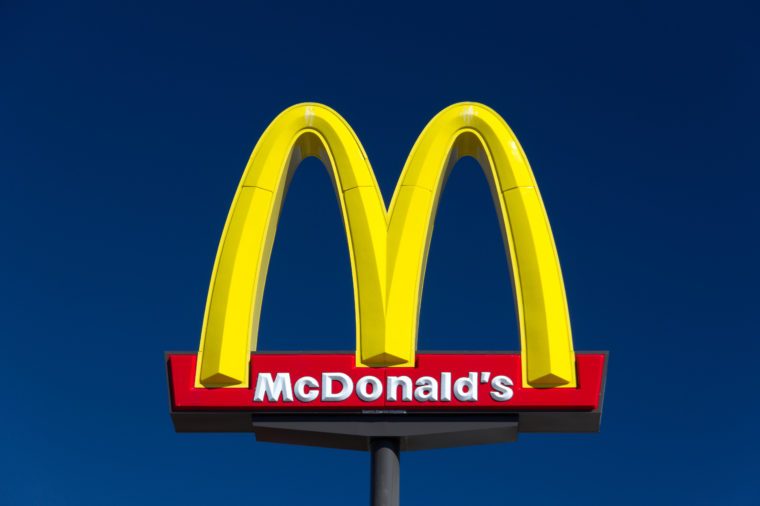 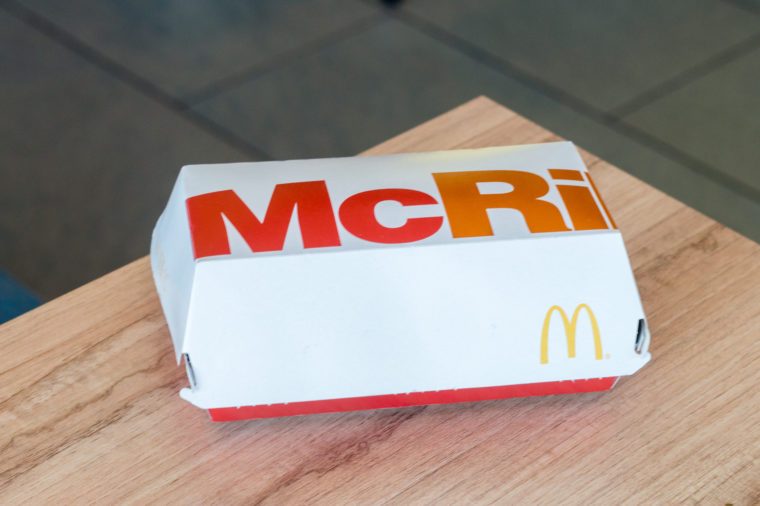 It's frozen for some time

If you want to know if the meat in the McRib is fresh or frozen, McDonald's won't hide the answer from you. Check on the "Burgers" FAQ page to see the question laid out: "Is the McRib fresh or frozen?" It turns out that the meat does, in fact, go into the freezer quickly after the patty is made. Once it arrives at the McDonald's store, it's thoroughly cooked and ready to serve. 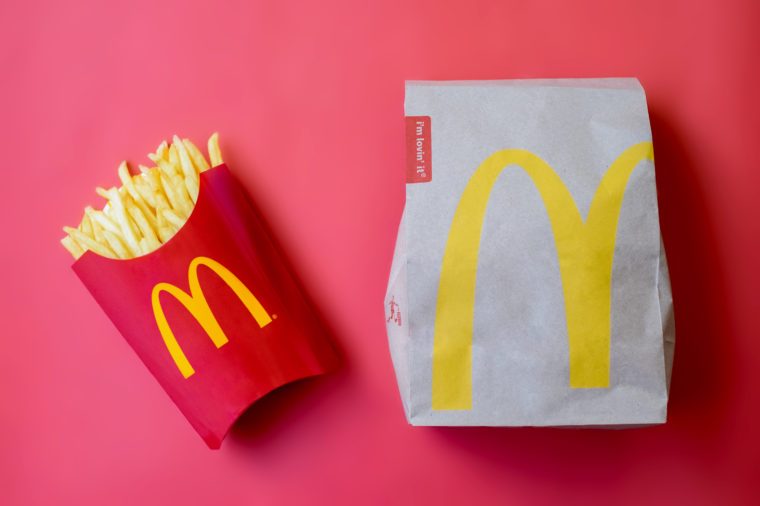 There are way more ingredients than you thought

Its ingredients are also out in the open on the McDonald's site, but this wasn't always the case. It was a bit of a shock to the system in the early 2010s when several news outlets started reporting that the seemingly simple sandwich contained a whopping 70 ingredients. As the Week reported, 34 of those were in the bun alone, including some very sketchy chemicals like a flour-bleaching agent that you'd also find in yoga mats. Though there was no large publicized recipe change for the McRib like many of McDonald's products, the ingredient list on the site today is a little trimmer, with some of the most controversial ingredients nowhere to be found. But...it still has upward of 40 ingredients. 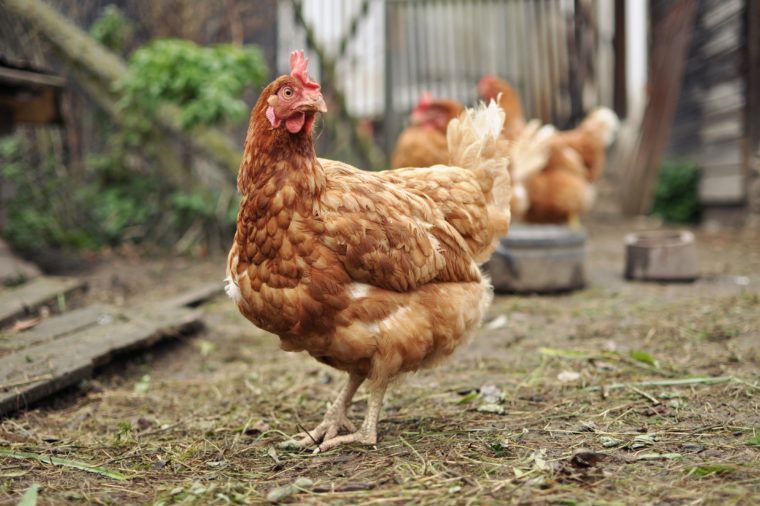 It was created in response to a chicken shortage

The McRib's debut came in response to a shortage of chicken meat—because of none other than McDonald's. Demand for chicken was skyrocketing after the nuggets debuted in 1979 and chicken farmers couldn't meet McDonald's demand, so McD's found themselves in a bit of a corner. They scrambled to come up with a sandwich where essentially the only requirement was "not chicken!" and the McRib was born. And, though obviously the chicken shortage passed, those nuggets are still a major seller. Today, chicken nuggets (and select strips) come in at 7th on the list of the best-selling McDonald's items of all time. 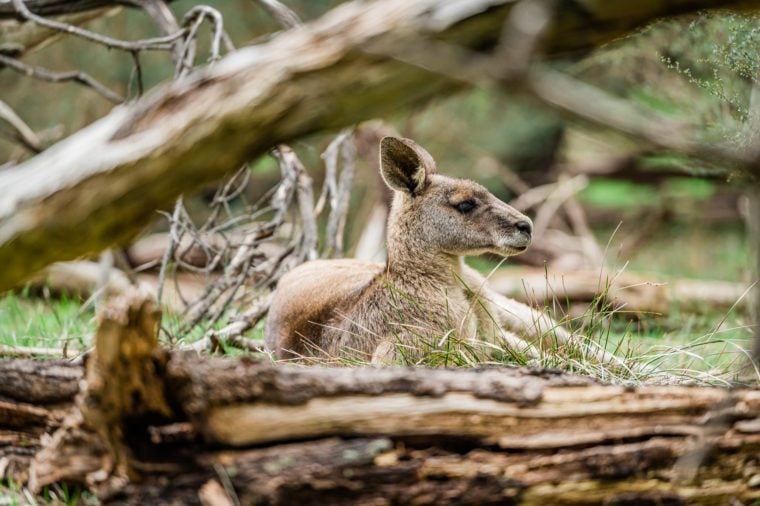 Is it even a surprise to learn that, at one point, a very real rumor was spread that McRib meat came from kangaroos? And, unlike Stephen Colbert's quip that "it appears to be made out of sickly E.T.," this was not a joke but an actual legend. But there is no kangaroo meat in the McRib. And for what it's worth, since kangaroo actually is a fairly common and certainly edible meat, this is far from the most outlandish fast-food myths you'll see circulating. 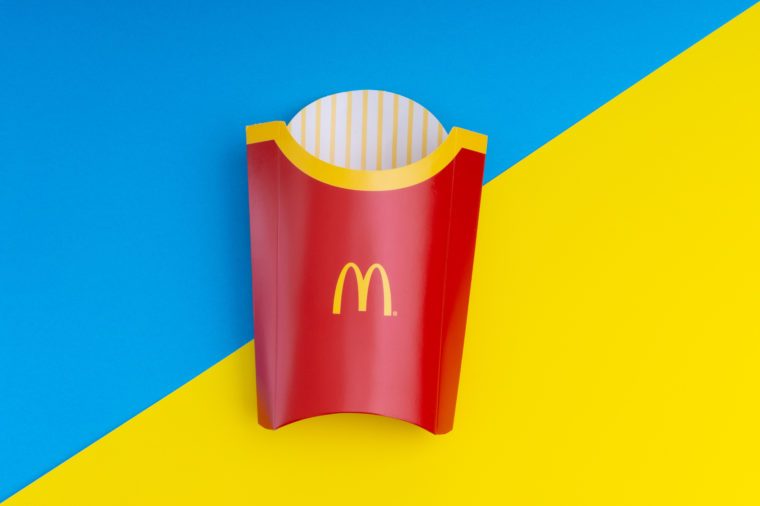 They just can't quit it

After the Flintstones resurrected the McRib, it hung around on the menu in some capacity until 2005. And then that was supposed to be its final year; the site sponsored a "McRib Farewell Tour" to send it out with a bang. But then, sure enough, the McRib stuck around. They promoted another "farewell tour" in 2006 and then again in 2007, even calling them "Farewell Tours II and III," leading many to wonder if they ever really intended to get rid of it. And that's when the tradition we know and love (to hate?) today, of having the McRib return to stores for a few weeks every year, really began.