Quick: How much did you pay for your last meal? Ten bucks goes fast when it comes to food. But Melissa
d’Arabian, winner of The Next Food Network Star and host of Ten Dollar Dinners, can put that same $10 bill to work and create a whole, delicious meal: “If I
wouldn’t serve it to company, it’s not a dinner I want to serve to my family on
a random Wednesday night.” d’Arabian’s strategies to
cooking well, on a budget, are outlined in her new
book, Ten Dollar Dinners (Clarkson Potter). She shares both her secrets
and the smart, inexpensive, and delicious recipes that utilize them. Here are
the ideas you’ll want to steal immediately:

Melissa d’Arabian learned a lesson from working at a cruise ship
buffet: If you put the inexpensive protein first, people will fill up on it
before the meal. When buffet-goers finally made their way to the end of
the table, they didn’t take nearly as much of the
more expensive options. Today, d’Arabian likes to serve protein-rich white bean
crostini or deviled eggs as an appetizer. “Then I serve a pricier, but
smaller-portioned dish for the main meal, like shrimp scampi,” she says. “And since
everyone is already comfortably full, it will still seem incredibly satisfying
and plentiful.”

Secret 2: People want to be told what to eat.

That same cruise ship experience taught d’Arabian another entertaining lesson: “People like to be told when to come to dinner, and not have to choose between options. They don’t
want to be the first in your buffet line—what if they serve
themselves too much, and there’s none left for the next person?”
Instead, d’Arabian suggests pre-plating the food, especially the expensive
portions. “I give everyone this much steak, this much salad,” she says. “Everyone is happy with their fancy, pricey ingredient—it doesn’t register that
it’s a relatively small amount.” Guests feel taken care of—and entertained.

Maybe
your family’s favorite dish is meat loaf, or chili, or spaghetti. Make it new
(and cool enough for company) by subbing in ethnic
ingredients. “Cilantro, curry powder, chipotle chilies in adobo sauce, coconut
milk, and salsa are all easy add-ins that refresh the taste of a dish,” says d’Arabian. “And they’re inexpensive.”

Secret 4: Keep a stash of “flavor enhancers” in the freezer. 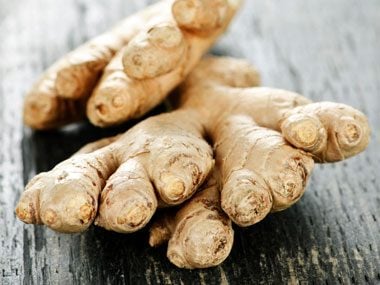 You can quickly—and cheaply—make any ordinary dish special with these little luxe touches. “Bacon, fresh ginger, nuts, grated cheese, and even leftover wine (for cooking) keep
exponentially longer in the freezer than in the fridge,” says d’Arabian. She grabs a bit from her stash whenever she wants to
boost a recipe without denting her budget.

Secret 5: Get only what you need from the bulk foods aisle.

We often think of bulk
buying as large quantities, but self-serve food bins are also great for small thrills. “A handful of hazelnuts from the
bulk aisle will set you back only twenty or thirty cents,” she says. “But
toast, chop, and sprinkle over green beans or in a cheap lettuce salad, and you
have a fancy restaurant-worthy dish.” She looks around and asks: What’s one small thing she could add that seems unique and gourmet?

Secret 6: Forget the tricky desserts, or fussing over plates in the kitchen.

When guests come
over, they want to see you—not fancy food. “Being welcoming will get you a
long, long way towards being a wonderful dinner party host,” says Melissa. “So
stop stressing about serving expensive food, and just enjoy.”