How to Make Toast Without a Toaster

How to make toast without a toaster? All you need is some heat. Here are five ways to get the job done. 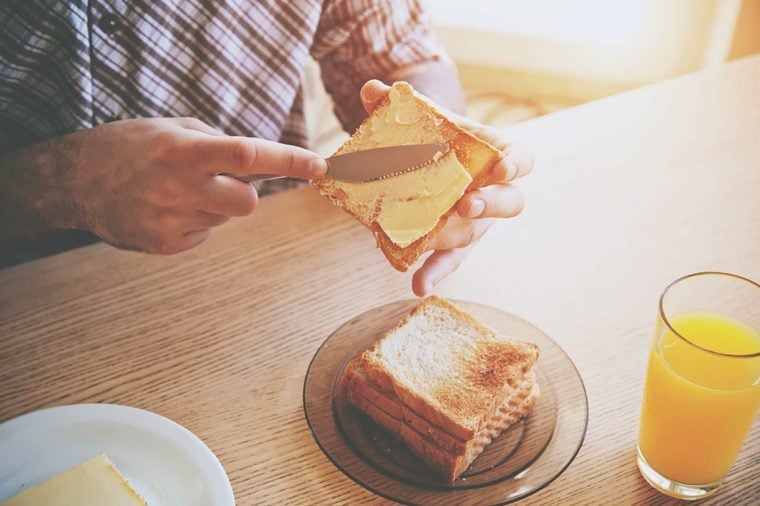 We can pretty much all agree that toast is an amazingly underrated food. Bread is genius on its own, but after you singe it for a while, it somehow morphs into an even more delicious delicacy.

But—and this is a conundrum that has no doubt plagued many—one may wonder at some point how to make toast without a toaster.

Reasons you may not own a toaster:

Or maybe you just don’t have the time to wait for a toasty slice of bread. If you’re always cooking in a rush, you’ll also want to check out these 25 brilliant kitchen shortcuts you’ll wish you knew sooner.

Fear not, we have some toast solutions for you. Five of them to be exact.

Toasting without a toaster

Well, you could just buy toast, like a box of toast. Melba toast exists at grocery stores, or, if your toast craving can wait two days, Amazon will bring it right to your door. Fun fact: Melba toast was named after an Australian opera singer who went by the stage name Dame Nellie Melba. Around 1897, she apparently fell ill and toast became a staple of her diet. But too much toast isn’t great. In fact, the char on blackened toast is a known carcinogen that is linked to all kinds of cancers. Intentionally burning your foods is one of the 50 kitchen mistakes you’re making—here’s how to fix them.

The easiest way here is to turn on the broiler and set your bread on the rack beneath it, keep the door cracked, and wait. This will toast fast. I started bread on fire once with this method, so don’t go take a nap while you broil bread (and have a fire extinguisher handy). An alternate method is to set the oven to 350º and toast your bread on the middle rack for ten minutes, flipping it over at the halfway point.

If you’re wondering, how do you toast bread in a frying pan, take a hint from French toast. To make non-French toast, grab a skillet, some slices of bread, and a little butter. Melt a pat of butter over medium-high heat and toast the bread for a few minutes on each side.

My friend Tammy suggests taking this one step further and cutting a hole out in your bread before placing it in the pan. Then, crack an egg into the hole. It’s otherwise known as Toad in the Hole.

4. Make it over an open fire

You may not have a toaster, but do you have an outdoor fire pit? Great! It won’t take too long to fire up that puppy with some wood and kindling and other such things one needs to make a fire. You may be wondering, “How do I get the bread over the fire without burning myself?” Don’t worry, they made a thing for that: a campfire toaster. In the reviews, one grandma gave it five stars and said it toasts bread over a campfire better than any other method: “My grandchildren kept asking for more toast,” she says. Grandchildren-approved.

This sounded somewhat absurd to me, even though I have crisped up turkey bacon in my microwave many a time. I decided to give it a test run. I placed a piece of whole wheat toast on top of a paper towel and hit the 30-second button, after which my bread seemed kind of soggy and the paper towel was damp. I gave it 30 more seconds. Same effect. Thirty more seconds. The bread was now slightly smoking and a little burnt in the center. But toasted. Although bread is tasty and warm from your microwave, these are the 12 things you shouldn’t microwave.

So, can you make toast in a microwave? Kind of. I would a) leave this as a last resort in a toast emergency and b) watch it very closely. Good news: Once you decide which method to use to make your toast, you can then transform it into Princess Toast.

Note: Every product is independently selected by our editors. If you buy something through our links, we may earn an affiliate commission.

Amanda Kippert
Amanda Kippert has been an award-winning freelance journalist for nearly two decades. She is based in Tucson, Arizona and specializes in food, health, fitness, parenting and humor, as well as social issues. She is the content editor of the domestic violence nonprofit DomesticShelters.org. 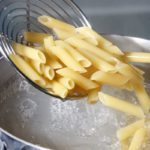 How to Salt Pasta Water the Right Way 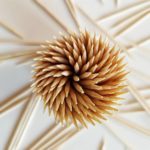